Until a week ago, I thought I knew how to live with the coronavirus.

I saw friends infrequently and only outside, occasionally ate on the patio of my favorite restaurant and donned a mask every time I went into a store or even just took a walk around my neighborhood.

It certainly wasn’t a normal life, but it felt manageable — a life I could live with at least until the spring, when I hoped a vaccine would become widely available.

Then the number of cases in California started spiking — just as many infectious disease experts predicted — and Los Angeles County implemented a flurry of new restrictions. For me, the most challenging was a ban on gatherings with anyone outside your household.

Like many residents who have tried to be thoughtful and responsible (if not quite perfect), I felt not just frustrated but confused by and defensive over these new restrictions. Haven’t I given up enough already? And what are these new restrictions based on — scientific evidence, or fear and panic?

Dr. Jeffrey Gunzenhauser, chief medical officer and director of the Disease Control Bureau at the L.A. County Department of Public Health, said he understood how I felt — in part because he and his colleagues feel the same way.

“The challenging part of this is we’ve been through a lot already, and people have been very hopeful that what we’ve done would be the worst of it,” he said. “We’re all trying to reconcile the conflicting emotions within ourselves — that hopefulness and the extreme disappointment. But the big question is, ‘What am I going to do?’”

Because as frustrated as I feel, I’m also frightened. On Friday, the county reported 8,880 new cases in a single day, up from 1,000 just a month ago. This surge is like nothing we’ve seen before.

To find out if the county’s new restrictions are likely to turn things around, I reached out to doctors, infectious disease experts, economists and computer scientists. The views were not unanimous, but they all agreed that some behaviors have to shift.

“I want to go running up the street yelling, ‘Do something!’” said Dr. Peter Katona, a professor of medicine and infectious disease at UCLA.

Emma Pierson, a computer scientist at Microsoft Research New England who has modeled how mobility affects who gets the virus and where, explained that the dramatic rise in infections means that activities that were safe a month or two ago may not be safe now.

Many of L.A. County’s new restrictions appear to be aimed at limiting the ability to gather, the experts said — whether that’s at a restaurant, a playground or a grocery store — and they generally think that’s the right approach.

“I think people in L.A. have pandemic fatigue, and it’s the mass gatherings they are having, outside and inside, that is driving these spikes,” said Dr. Ravina Kullar, an infectious disease expert in Santa Monica.

Whether these new restrictions will work wonders or hardly move the needle, nobody can say for sure. There are many variables and unknowns, even this far into the pandemic.

“It’s not that scientists and policymakers are idiots. They are coping with an enormous amount of uncertainty,” Pierson said.

They’re also trying to “find the balance between implementing restrictions we think will make a difference and not overreach on impacting people’s lives,” Gunzenhauser said.

With that in mind, let’s take a closer look at the science behind L.A. County’s new restrictions. I asked Gunzenhauser to explain the county’s reasoning behind each of the new rules, then asked other medical experts for their take.

Suspension of outdoor dining at restaurants

Gunzenhauser’s explanation: Eating outside is safer than eating inside. But it has become much riskier than it used to be because so many more people are infected. When community transmission goes up, the county has to eliminate activities that are high-risk.

A Centers for Disease Control and Prevention report from September found that people infected with the virus were twice as likely to have reported eating at a restaurant than those who were virus-free. However, the study made no distinction between indoor and outdoor dining.

The science is clear that having a meal inside a restaurant is riskier than eating outdoors, Katona said. That’s because when you’re outdoors, viral particles dissipate much more quickly. But eating outdoors in the midst of a surge presents a risk, too.

“If you keep your distance and your mask on, it seems OK,” Katona said. “The problem is, you have to take your mask off to eat.”

With that in mind, he said he agrees that suspending outdoor dining at restaurants “is the right decision.”

Kullar had a different take.

“We know from all the evidence that outdoor restaurants have a lower probability of transmission,” she said. “It’s not zero risk, but as long as you’re outdoors, and especially if you wear masks between bites and the tables are spaced out, I think it’s OK.”

Gunzenhauser’s explanation: Having places for children to play is important, but it is difficult to control potential transmission in a playground. Even though kids aren’t likely to get sick, they can be vectors of transmission between families. Since health officials can’t ensure a totally hygienic environment, they felt they couldn’t tolerate the risk given the high rates of transmission. Playgrounds in child-care centers are safer because there’s more supervision and more cleaning, he said.

Having kids play together outdoors is better than having them play together indoors, said Spencer Fox, associate director of the University of Texas, Austin’s COVID-19 modeling consortium. At the same time, he worries that playgrounds could be overrun at peak hours, making it difficult for households to socially distance.

“I can see some reasoning for closing playgrounds, but I can also see why people are upset,” he said. “Especially if you can time it so you only go on off-peak hours, when it’s just you and your child, it should be pretty safe.”

Kullar said she was concerned that open playgrounds might lead to birthday parties and other gatherings. Those would be better in a playground than indoors, but they’re still not great in the midst of a surge.

Katona, a grandparent, said he is sympathetic to the challenges of having little kids at home. He said that as long as people are careful, playgrounds don’t present much risk.

A ban on gatherings with people outside your household, except for church services and political protests

Gunzenhauser’s explanation: Health officials tried to educate people about how they can see others safely, but there was a level of noncompliance. Even if 90% comply, it’s not enough, he said. The public health department decided there was no choice but to limit gatherings, at least for a while.

There’s no scientific difference between social gatherings and assembling at places of worship or protests, but the latter activities are constitutionally protected, so the county can’t regulate them.

Fox agreed that limits on gatherings are useful but said that banning them entirely could be counterproductive.

“I get the point of trying to restrict gatherings, but there are safe ways to gather in very small numbers, and I would hope public health officials could clearly communicate how to do it in a safe manner,” he said. “People need to have social interactions.”

Both Kullar and Katona noted that allowing people to attend church services or protests — but not allowing them to visit with a few friends while socially distanced, masked and outdoors — was a head-scratcher.

“I know it’s a law issue, but church services and protests are not OK, in my opinion,” Kullar said.

Heather E. Tookes, an economist at Yale University, said her research has shown that when counties put limits on gatherings, COVID-19 fatalities fall.

“What we are finding in the data is limiting gatherings to 10 is helpful,” she said.

But she didn’t look at the effects of banning gatherings entirely.

Essential stores limited to 35% capacity (down from 50%)

Gunzenhauser’s explanation: If you’re walking down the aisle in a grocery store, the difference between having five people in that aisle and having three people is significant: It’s fewer people breathing, less close contact and fewer people standing in lines for checkout.

The general response to this restriction is that it may not help that much, but it can’t hurt.

“I’d even add a time limit,” she said. “We know the longer time you spend in a closed environment, the higher your risk for acquiring the virus.”

Katona said he thinks the difference between 35% and 50% capacity would be difficult to measure, but he thinks this restriction sends the right message.

“It means you are doing something,” he said. “Right now, I’m all for being more restrictive, because we are going into a very dangerous period.”

Nonessential businesses limited to 20% capacity (down from 25%)

Gunzenhauser’s explanation: This applies to retail stores as well as personal-care establishments like hair and nail salons, barbershops and massage parlors. The reduction may not seem like a lot, but it’s still removing one in five patrons. Finding compromises that keep businesses open is important, he said.

Fox isn’t convinced that this small drop in capacity will have a major impact, but it could make a difference because it signals that these activities present a risk, especially if you are in an enclosed space for a long time.

“Going into a room with a lot of other people who I don’t normally have contact with is not a good idea,” Katona said.

And one word of caution: Tookes’ research found that closing nonessential businesses led to increased COVID-19 fatalities. That may seem counterintuitive, but she thinks it’s what economists call a “substitution effect.”

“If you can’t go shopping or do these other things, you might engage in other social activities that may be more effective at spreading the virus,” she said.

Gunzenhauser’s explanation: Because most of these places are expansive, health officials think 50% is reasonable capacity. Zoos and museums can still perform a meaningful service to the community.

Kullar thought this restriction is a good idea.

“If you don’t have some capacity limit, then with limited things to do, you’d expect more people to flock” to museums and zoos, she said.

But Katona thought it wasn’t necessary.

“As long as people can stay six feet apart when they are outdoors, I have no problem with these venues having more capacity,” he said.

Fox said it was hard to say. Being outside is generally low-risk, but he said he worried about crowding in and around bathrooms, where social distancing might be difficult.

“I think bathrooms are the best example where it might make sense to limit capacity,” he said.

Gunzenhauser’s explanation: Even though card rooms tried to adapt by installing plastic partitions between patrons, people are generally in close proximity, and that presents a risk we can’t accept right now.

Once again, the experts acknowledged that being outside is better than being inside, but they said this particular restriction makes sense.

“Outdoors is usually OK, provided you observe the six-foot distancing,” Katona said. But that “would seem to be hard to do playing cards.”

“They are like playgrounds or bars, where many people congregate and drink,” she said. Adding alcohol to the mix reduces people’s vigilance against the virus, and that contributes to “a high probability of transmission.”

Fox noted that any business that encourages gathering with people from other households could lead to more viral transmission. That’s especially true if people are touching the same cards.

Get A Post-Quarantine Hair Makeover: Go From Droopy Long Locks To A Face-Framing Pixie Cut 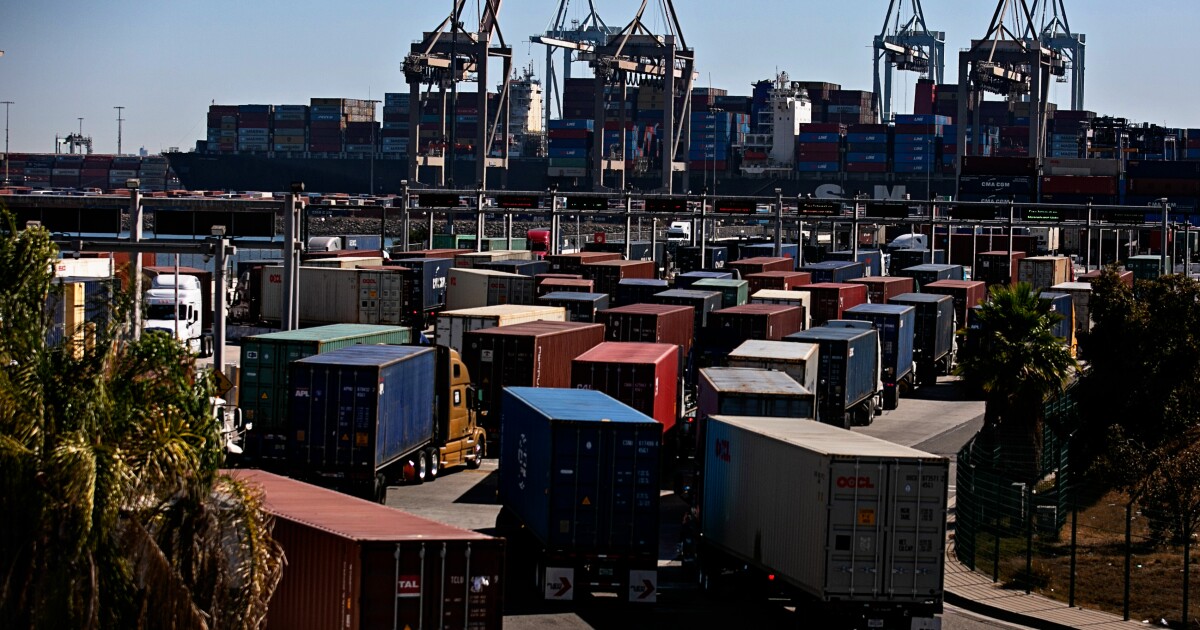 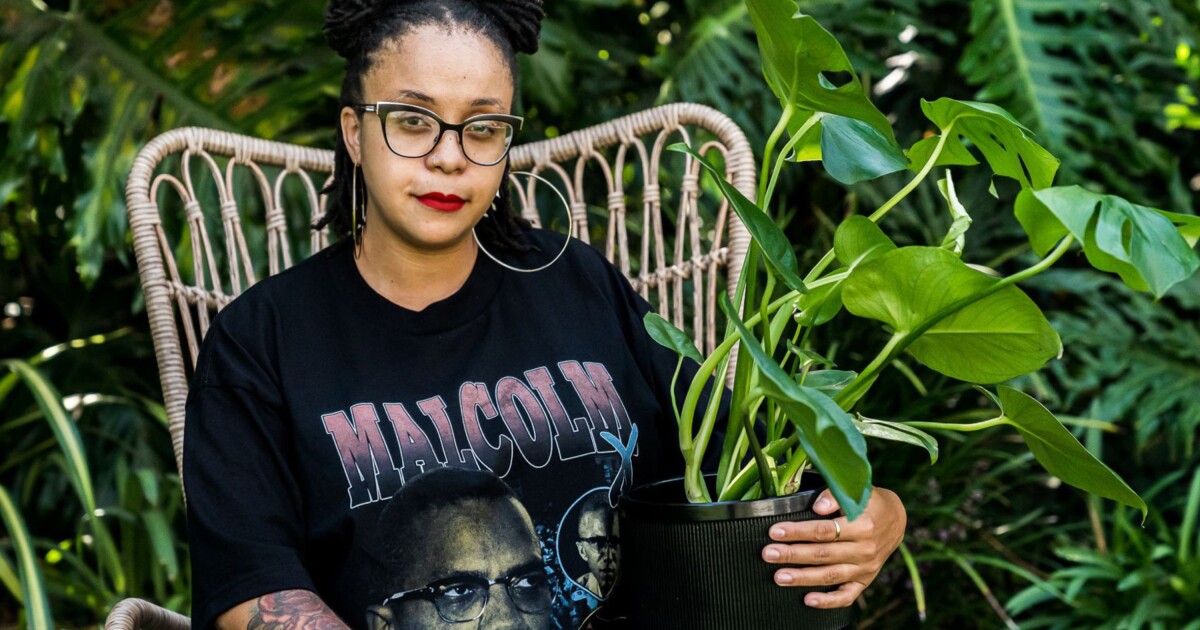 ‘I rap to my plants’: Meet the black plantfluencer with a fresh take on plant parenting 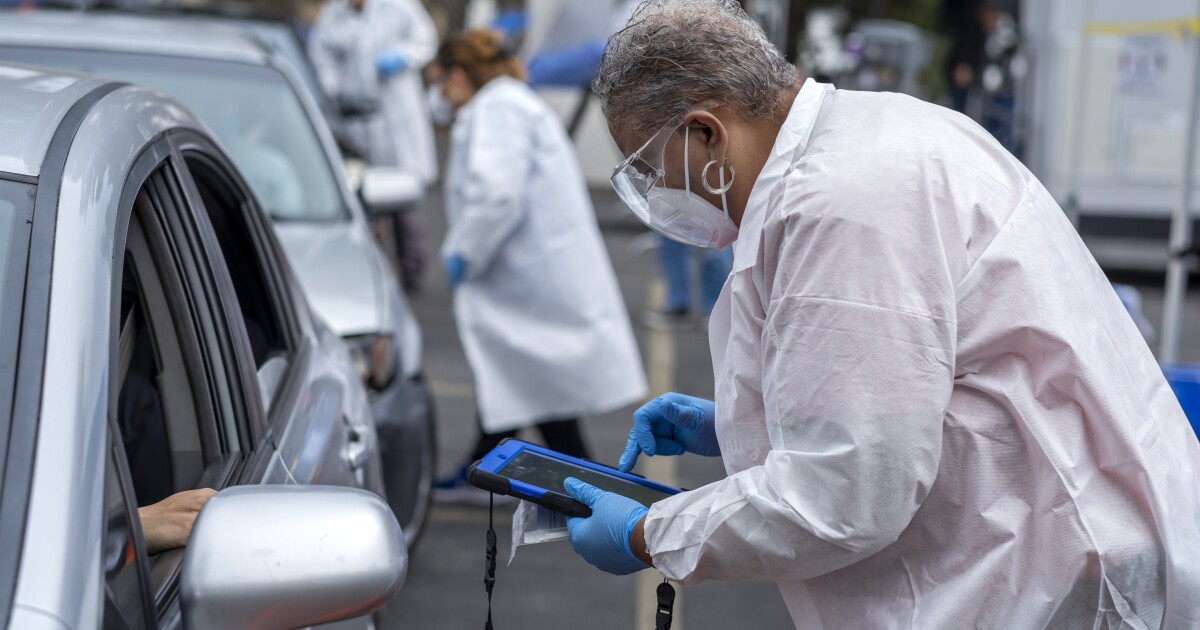 CDC suggests more time between 1st and 2nd COVID vaccine doses for some people. Here’s why

The Data Point: Covid-19 vaccinations are up, and older Americans are driving the uptick