Within her Maya community in L.A., Feliza Tecúm has heard false rumors that the government is injecting the coronavirus vaccine with a tracking microchip. She said that a co-worker came down with a fever shortly after getting a dose.

“The truth is that I’m scared,” Tecúm admitted in K’iche’.

For now, the 31-year-old garment factory worker, who speaks little Spanish, doesn’t want the vaccine. But she’s among many whom Alba Gonzalez, a 28-year-old staffer at CIELO, an Indigenous organization in L.A., hopes will change their minds after she educates them about the vaccine in their language.

“This is what’s happening in my community now,” said Gonzalez, a Maya from the Guatemalan department of Totonicapán. “It’s bit difficult but not impossible because I speak the language and I can give them confidence.”

As California ramps up efforts to address vaccine inequities, Mexican and Guatemalan Indigenous leaders in Los Angeles and across the state are playing a crucial role helping underserved communities that have born the brunt of the pandemic get vaccinated. Through word of mouth and social media campaigns, they are addressing language barriers, accessibility issues and mistrust in government agencies.

Central American Indigenous communities have been hit particularly hard by the pandemic, with many working low-wage and essential service sector jobs. L.A. is home to Mexicans who speak languages such as Zapotec, Mixtec and Triqui, as well as Guatemalan Maya who speak languages like K’iche’ and Q’anjob’al. Many speak only basic Spanish.

Since CIELO, which in Spanish stands for Comunidades Indigenas en Liderazgo, or Indigenous Communities in Leadership, launched a vaccine outreach campaign two weeks ago — funded by the L.A. Department of Public Health — it has secured vaccination appointments for more than 140 people, including a 96-year-old Zapotec man, and reached out to hundreds of others.

“Our Indigenous native speakers are a treasure,” said Oscar Marquez, who heads CIELO’s four-person outreach team from his home in Harvard Heights, where he works before four computer monitors. “If we can’t keep them alive to help us maintain and pass along not only the language but the customs and the culture, we start to lose ourselves.”

The outreach is also happening in rural parts of California, where Indigenous immigrants working as farmworkers live in crowded housing conditions that make them vulnerable to the virus.

The Mixteco/Indigena Community Organizing Project, a group that helps Indigenous farmworker families in Santa Barbara and Ventura counties, promotes the vaccine on its community radio station, Radio Indigena 94.1 FM. In Kern County, Fausto Sanchez, a community worker with California Rural Legal Assistance, sets up a stand several times a week outside Mexican markets where he’ll distribute masks, gloves and hand sanitizer and talk to immigrants in Mixtec about the vaccine.

“There are some that are very positive, but they would like to have more information about what are the symptoms, if they need to take two or just one [dose], where they can go to get it,” he said. “One of the most difficult things is to do the appointment by internet or by phone because most of them don’t understand too much Spanish or English.”

The personal toll of the pandemic drives the work. In November, Odilia Romero, who co-founded CIELO with her daughter, Janet Martinez, learned that a family mechanic who used to attend a weekly Oaxacan food pop-up and community gathering had died from the virus.

That same month, Romero’s mother, sister and father were hospitalized with the virus. And in February, the community lost Policarpo Chaj, a K’iche’ interpreter and leader who had often partnered with CIELO.

In a major shift, California officials announced last week that the state would provide 40% of available COVID-19 vaccines to residents in disadvantaged areas that have been hit hard by the virus but have fallen behind more affluent neighborhoods in receiving the vaccine. Heather Jue Northover, director of the L.A. County Department of Public Health’s Center for Health Equity, said that many don’t have time to secure an appointment at home, or face language and transportation barriers.

Misinformation around the vaccine persists, and community-based organizations like CIELO, she said, “are the boots on the ground who are the most in tune on how to communicate to specific communities.”

The county and a local health clinic have given CIELO access codes for vaccination appointments. Its staff spend their days calling local Indigenous associations and working through databases of people they’ve given financial aid to during the pandemic.

“Part of it is educating people. There’s so much misinformation and fake news out there regarding vaccine,” said Marquez, 48. “People are scared not to get vaccinated, and at the same time, they’re scared to get vaccinated.”

After CIELO posted pictures online of several of its staff getting vaccinated with leftover doses last week, the organization received dozens of calls. It now has more than 1,000 people who are interested in getting vaccinated.

“People in my pueblo called me and said, ‘Did you really get it?’ ” said Romero, 49. “People really took it seriously.”

Isai Pazos, an Indigenous Oaxacan community leader who has been volunteering for CIELO, called about 60 families every day last week. In Zapoteco and Spanish, he’s spoken to elderly people who are eligible, as well as to their grandchildren or children, who may act as mediators.

About 70% of the people he calls have doubts or don’t want the vaccine. He might try teasing them, asking lightly if they want to be able to gather for Christmas next year or for a quinceañera. But he might also tell them about his cousin, aunt and uncle who have died from the virus.

“Some of the families unfortunately have been misled,” he said. “They don’t understand exactly what the vaccine might do.”

The loss of loved ones has spurred some to get vaccinated.

In early January, Cata Ramos Gonazalez’s husband died from the virus after more than two weeks of coughing and breathing problems at home.

He would sew garments at home to sell, and his death has left Gonzalez, a Maya immigrant, dependent on friends and family to support her and her children. She constantly has a headache from worrying about the future.

CIELO reached out to Gonzalez, who had received assistance from the organization before, to ask if she would like to get the vaccine. She said yes.

“If this deathly sickness wasn’t here, I wouldn’t have lost my husband,” she said in K’iche’. “They didn’t make the vaccine for no reason. It’s something good.”

But the best outreach can come from community members themselves.

It was a relief for Eustolia Cisneros, a Zapotec speaker from the Oaxacan town of Yalálag, to receive the vaccine this month. The housecleaner and restaurant worker has lost friends and family to the virus and worries about taking public transportation to get to work.

On her bus route from her work in the city of San Marino to her home in Koreatown, Cisneros, 50, has chatted about the vaccine with other housecleaners. On one trip, she spoke to five women who were worried that the shot could make them sick.

“I advised them that it was important so as not to lose more people in this world, because it’s so sad when people die,” said Cisneros. “The vaccine helps you live with more confidence.” 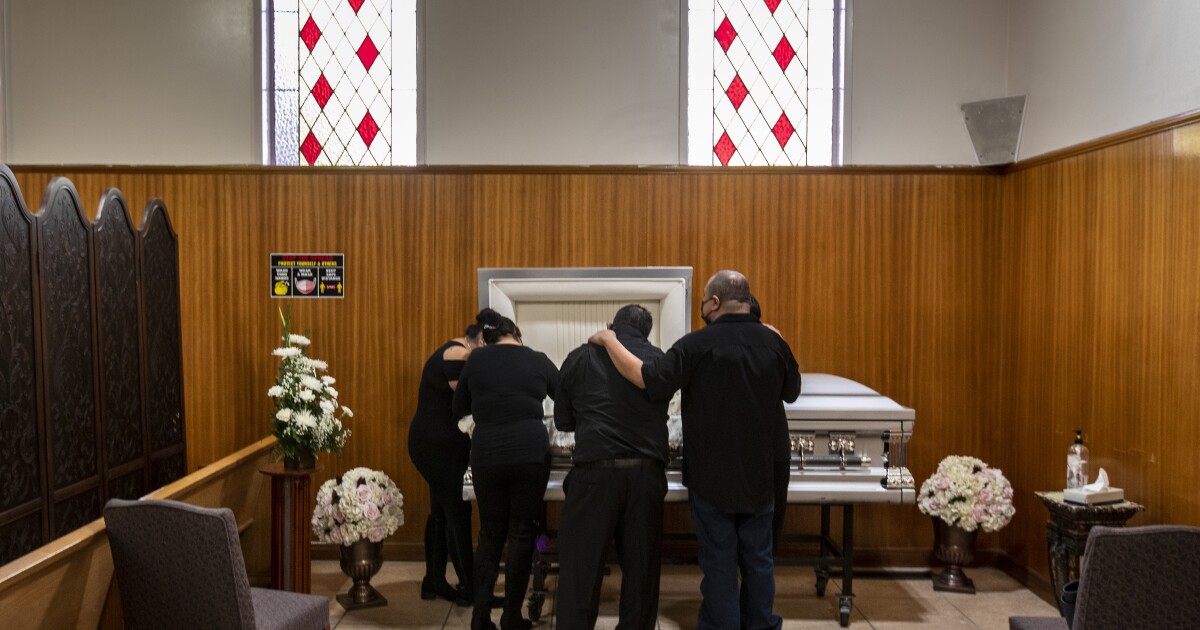 As some firefighters refuse COVID-19 vaccine, LAFD offers prizes to encourage getting shots 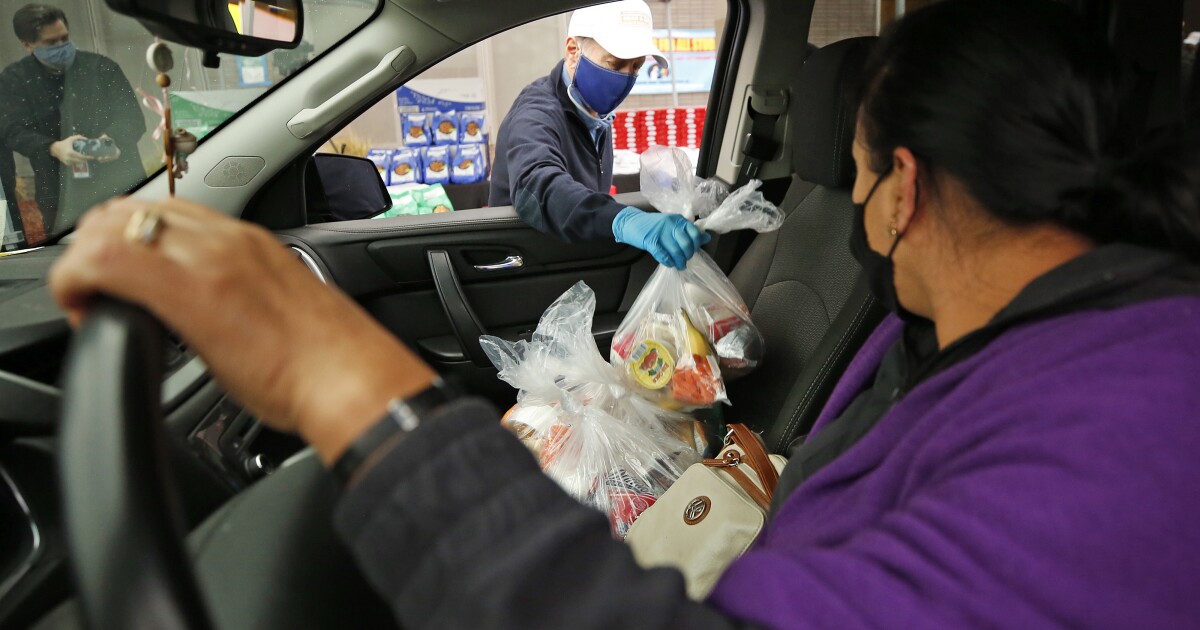 Los Angeles schools to remain in hard shutdown for near future, Beutner says