Uber says its drivers should get priority access to the COVID-19 vaccine because they provide crucial transportation to healthcare workers and the general public.

Teachers say they need priority access to the vaccine to keep schools open and welcome students into classrooms.

Meatpackers say they should get priority so they can provide access to safe and affordable food.

And waste workers say they need the vaccine ahead of others so they can haul away garbage to prevent the spread of disease.

The U.S. rollout of COVID-19 vaccines looks imminent. But supplies will be limited in the early going, so companies and trade groups are jockeying to push their workers closer to the front of the line.

A federal panel of medical and public health experts has recommended that the first Americans to receive vaccinations should include front-line healthcare workers and nursing home residents. The second group, it recommended, should be essential workers.

But what exactly counts as an essential worker? And will state and local health officials, who decide whether and how to implement the federal panel’s recommendations, decide to prioritize certain kinds of essential workers while requiring others to wait?

Labor and professional organizations for pilots, flight attendants, teachers, bus drivers, meat industry workers and bank tellers, among other groups, and some employers have begun to lobby for their members and workers to gain quick access to the vaccine.

The Centers for Disease Control and Prevention’s Advisory Committee on Immunization Practices — a panel of 15 healthcare experts — has recommended that healthcare personnel be protected first because they are more likely than most to be exposed to the virus and that long-term nursing home residents should get priority because they are more likely to die from the disease.

State and local officials can extend that rationale to additional groups, but they also need to think about how each group fits into the larger population and how best to protect the health and economy of their overall community.

California’s Department of Public Health recently issued guidelines for the first wave of vaccinations that closely mirror the CDC panel’s recommendations. The department added “subprioritization” guidelines based on the type of healthcare worker (lab workers and dentists, for example, are among the lowest priority), the size of the population the healthcare worker’s facility serves and the amount of risk the individual worker’s job and age entail.

When it comes to the larger population, local public health officials may base priority not on occupation but rather on other risk factors such as having an underlying health condition, being incarcerated, being homeless, working in a factory or living in a multi-generational household, said Lori Tremmel Freeman, chief executive of the National Assn. of County and City Health Officials.

“They know their populations intimately because of the public health programs they provide in those communities day in and day out,” she said. “They understand the various nuances of special populations, including those most vulnerable to COVID and most at risk, and they know how, when and where to reach them.”

The CDC and other public healthcare agencies don’t track COVID-19 cases for every occupation, but medical journal reports and government studies have noted a higher risk of infection among some jobs, including meatpackers, healthcare workers and flight attendants.

Labor groups that have already pressed to be moved toward the front of the vaccine line argue either that their members are highly exposed to the virus, such as flight attendants and meatpackers, or that they must be protected so they can perform crucial functions to keep American society open, such as bank tellers and ride-hailing drivers.

The American Trucking Assn. made the argument in a letter to the CDC that “it is imperative that truck drivers have prioritized access to the vaccine to minimize the potential for supply chain delays and disruptions.”

An alliance of teachers, school superintendents and principals argued in a letter to the CDC that giving educators priority in the vaccine distribution will ensure that schools stay open, parents can return to work and students do not fall back on their lessons.”

As of last month, the CDC reported more than 277,000 COVID-19 cases among school-age children.

The American Bankers Assn. said it has been advocating to public health agencies that bank employees who come in contact with the public every day, such as tellers, should be among the essential workers who get priority after healthcare workers and long-term nursing home residents.

In a letter to Gov. Gavin Newsom on Thursday, Uber Technologies Chief Executive Dara Khosrowshahi said his ride-hailing drivers deserve priority access to the vaccine because they “have been a lifeline to their communities. They have transported healthcare workers to hospitals, delivered food to people socially distancing at home, and helped local restaurants stay in business.”

To ensure people don’t sign up as Uber drivers just to get early access to the vaccine, an Uber representative said access could be given only to those who have proof they have driven extensively since March.

A coalition of airline operators, pilots, flight attendants and aircraft mechanics wrote to CDC Director Robert Redfield and Christopher C. Krebs, the now-fired director of Cybersecurity and Infrastructure Security Agency, arguing that their workers should get priority because they “are critical to moving critical medical supplies and professionals around the country.”

For the last several months, the nation’s airlines have touted the relative safety of flying during the pandemic. But flight attendants and other airline workers say they should get priority in the vaccination because their risk of contracting the virus is much higher than that of their passengers.

“It’s our job to work numerous flights, interact with all of the people traveling, transit to and from work on public transportation, stay in hotels, eat at restaurants or get food in some way where we travel,” said Sara Nelson, international president of the Assn. of Flight Attendants-CWA, AFL-CIO. “If we don’t get vaccinated as soon as possible, we are more likely to put more people at risk.”

Cardi B Reveals What Offset Does That ‘Really Turns Me On’: It ‘Makes Me Smile Real Hard’ 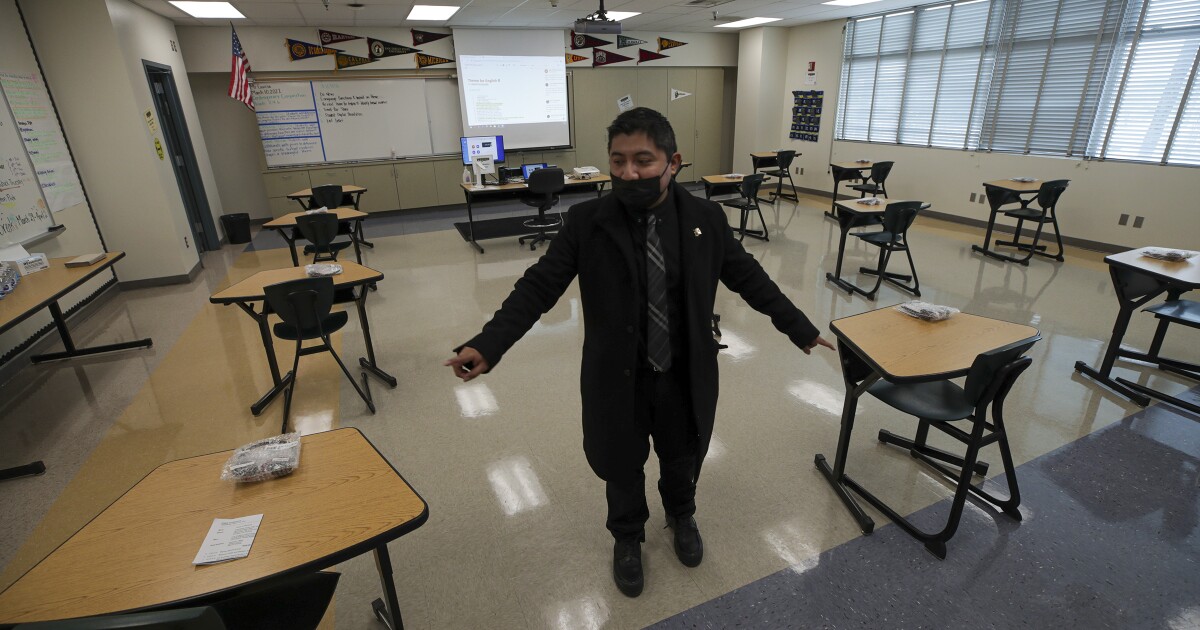 Letters to the Editor: You can’t compare North Dakota to California when it comes to reopening schools 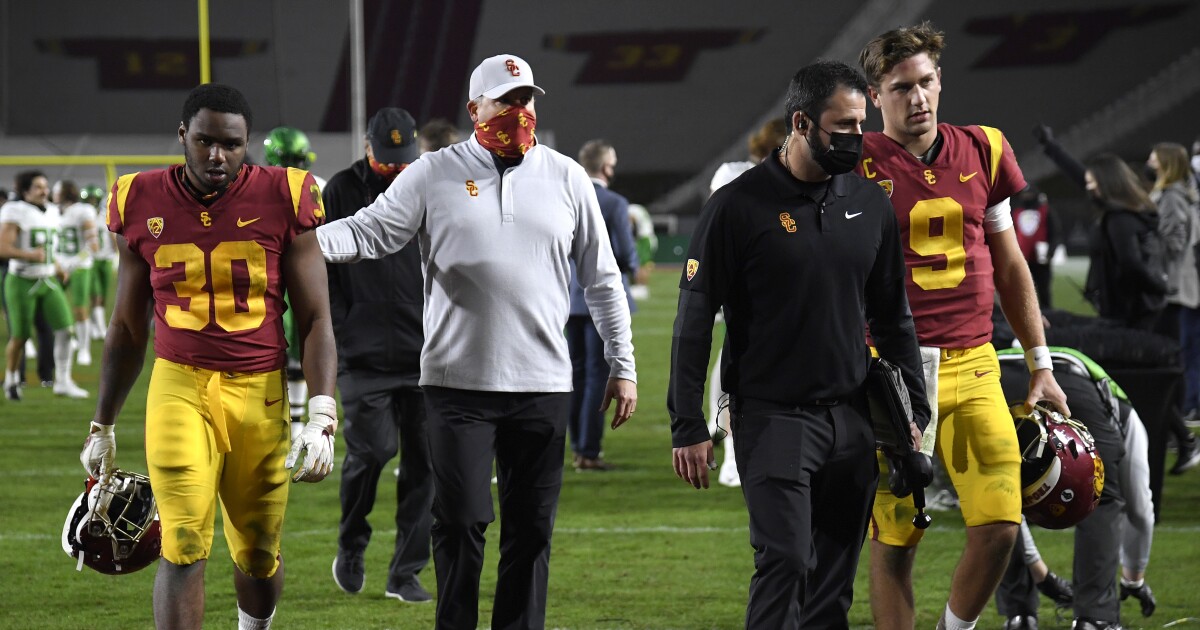 USC chooses not to play in bowl game, bringing season to a close 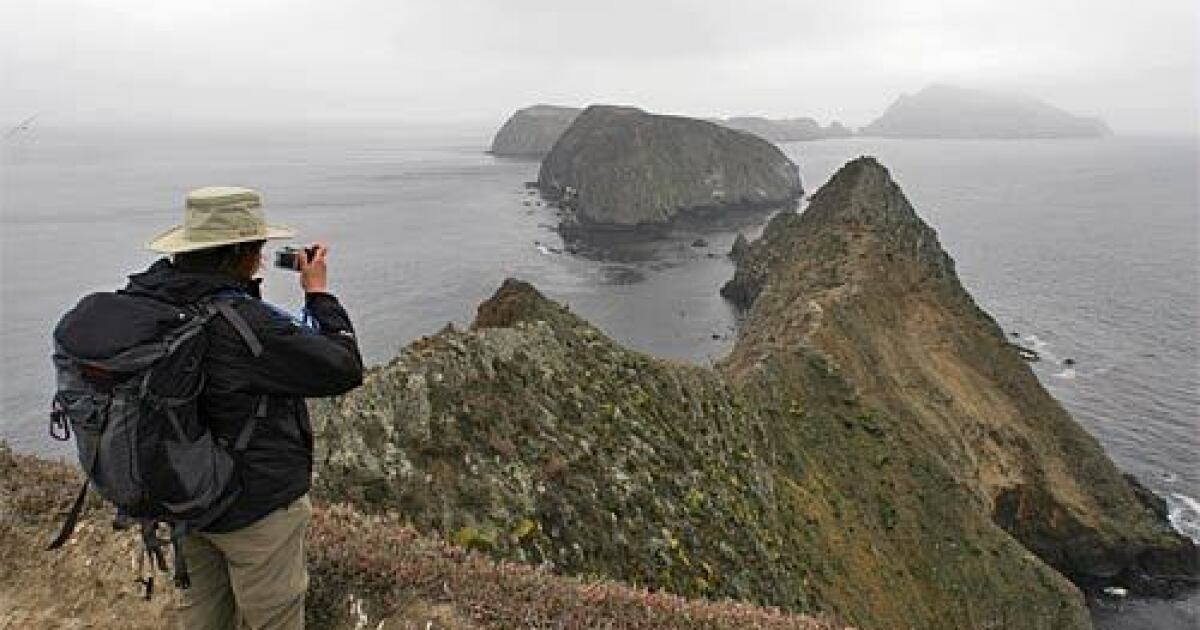