COVID-19 deaths in the United States surpassed 500,000 on Monday, the latest desolate way station in a once-uncharted landscape of loss.

The toll is hard to fathom. It’s as if all the people in an American city the size of Atlanta or Sacramento simply vanished. The number is greater than the combined U.S. battlefield deaths in both world wars and Vietnam. Last month, based on average 24-hour fatality counts, it was as if the terror attacks of Sept. 11, 2001, had happened every single day.

Recorded U.S. deaths from COVID-19 are about one-fifth of the world’s nearly 2.5 million known fatalities, twice as many as in Brazil, the next-hardest-hit country. California alone accounts for almost 50,000 deaths, about 10% of the country’s total. Nearly 20,000 of those were in Los Angeles County, where about one of every 500 people has died.

Poets and philosophers — and social-science researchers — know that hearing of death on such a mass scale often produces a sense of numbness, that such enormous numbers can become abstractions. For America as a whole, that may be so; for those touched by individual grief, it’s just the opposite.

People who have lost loved ones, or have suffered lasting physical harm from an episode of COVID-19, sometimes speak of feeling stranded on the far side of a great chasm, profoundly alienated from compatriots who wonder when they will be able to go back to bars and baseball games.

President Biden’s chief medical advisor, Dr. Anthony Fauci, said the threshold of half a million deaths is like nothing “we have ever been through in the last 102 years, since the 1918 influenza pandemic.” U.S. deaths then were a cataclysmic 675,000, though dwarfed by a worldwide toll of some 50 million.

To commemorate the sorrowful half-million benchmark, Biden and Vice President Kamala Harris are expected to observe a moment of silence and hold a candle-lighting ceremony at sunset Monday.

The first known U.S. deaths from the coronavirus came in February 2020, although infectious disease specialists believe the virus was circulating in the country before then. In the subsequent year, the outbreak has left few American lives unscathed.

All the ways in which society organizes itself — school and work, economy and governance, friendship and family life, love and romance — have changed, in some instances irrevocably. The contagion has altered end-of-life farewells and rituals of mourning, with wrenching deathbed scenes played out on FaceTime and memorials staged on Zoom. Other rites of passage stutter and sputter — weddings deferred, graduations unheralded.

This is not the pandemic’s darkest hour; that may have already passed. New U.S. cases have been falling for five weeks; the vaccine rollout, despite lags and shortages, is trending toward success — although it is also a race against deadly new variants that are circulating in the U.S. and around the world.

Over the past year, the pandemic laid bare shocking U.S. social disparities that were present all along but thrown into stark relief by the crisis. Black people and Latinos are much more likely to suffer devastating medical outcomes. Economic inequities abound, with wealthier work-at-home Americans weathering the outbreak with comparative ease, even while unemployment has soared to levels not seen in decades, leaving millions of American families unable to pay for necessities such as housing and food.

At the same time, there was a bleak commonality to the threat: COVID-19 has ravaged crowded urban neighborhoods as well as lonely prairie towns, leapfrogging inexorably from coast to coast. The pandemic has brought scenes most Americans never thought they would witness on home soil, with overwhelmed hospital wards and overflowing mobile morgues.

For healthcare workers, the disease has been a merciless, months-long onslaught, threatening their physical and mental health as they have struggled to care for others. Frontline jobs such as delivering mail and bagging groceries continue to be fraught with particular danger, even though such essential workers are prioritized for receiving the vaccines.

As the disease embarked on its relentless march, the elderly were hit the hardest, with those over 65 accounting for about four in five U.S. deaths and many nursing homes and assisted-living facilities ravaged. But contagion clawed its way into all age categories, sweeping away some of the young and healthy, afflicting children with a still poorly understood inflammatory syndrome. Medical experts say the pandemic has indirectly claimed many thousands of lives, with ailments undiagnosed and treatments deferred.

Despite vigorous efforts by Trump to play down the expected toll, the pandemic was always a chronicle of death foretold. A full year ago, in a February 2020 webinar by the American Hospital Assn., Dr. James Lawler, an epidemiologist who served in the Bush and Obama administrations, predicted an estimated 480,000 deaths, a number branded by some at the time as alarmist.

Projections by infectious disease specialists were always by definition imperfect, because they were dependent on public behavior and policy choices. But over the months, the pandemic’s terrifying progression spoke for itself.

A world-altering mass contagion in modern times has long been a staple of Hollywood entertainment, but for many, the specter of a pathogen that would touch nearly everyone alive seemed somehow fanciful — relegated to a sepia-toned distant past, before medical advances such as mechanical ventilation and sophisticated vaccines.

What everyone wants to know now, of course, is when it will end.

For now, patience and vigilance must continue to be the watchwords.

At 52, Navajo Nation Police Officer Carolyn Tallsalt has two decades on the job, but she said this past year had been her hardest yet. The Navajo Nation, spanning portions of Arizona, New Mexico and Utah, has recorded nearly 30,000 coronavirus cases, with more than 1,100 deaths.

Tallsalt, who patrols in Tuba, Ariz., 250 miles north of Phoenix, said she was disheartened when she saw people gathering inside homes and breaking the nightly curfew because they believed the threat had largely passed.

“They think, ‘Oh, things are better — there is a vaccine,’” she said. “It’s misguided thinking.”

Tallsalt hopes the terrible marker of 500,000 deaths will be a reminder for all Americans to safeguard their health as best they can.

Op-Ed: In the Omicron surge, I am my family’s anger translator 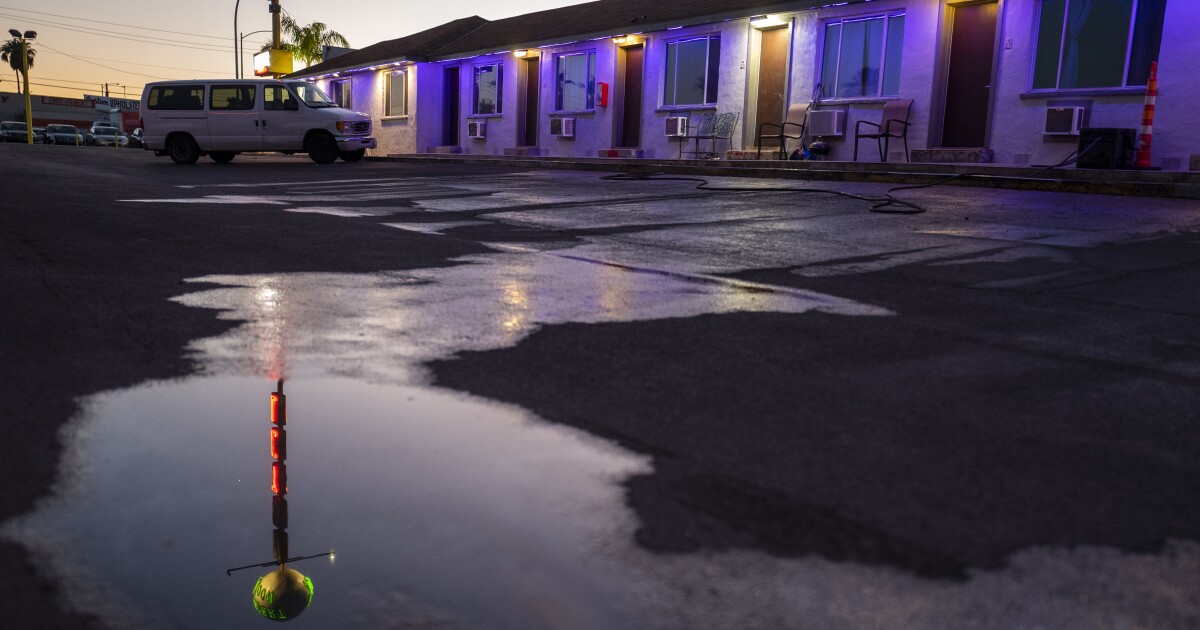