She was not yet 13 when the Khmer Rouge seized power in Cambodia and ripped her family apart. The totalitarian regime sent her and four siblings to work camps, where they planted rice and dug irrigation canals from sunrise to sunset — each surviving on two ladles of rice gruel a day. One disappeared, never to be found.

Just a few months before the Khmer Rouge fell in January 1979, Lim’s father starved to death, among the nearly one-quarter of Cambodians who perished from execution, forced labor, starvation or disease in less than four years.

For Lim, the indelible stamp of childhood anguish drove two of her life’s passions: serving people as a physician and cooking lavish feasts for friends and family — both of which she did until she died of COVID-19 in January.

Within the week before her death at age 58, she treated dozens of patients who flooded the hospital during the deadly winter COVID-19 surge, while bringing home-cooked meals to the hospital for her fellow healthcare workers to enjoy during breaks.

“These experiences during the war made her humble and empathetic toward the people around her,” said Dr. Vidushi Sharma, who worked with Lim at Community Regional Medical Center in Fresno. “She always wanted to help them.”

Lim’s story is one of suffering and triumph.

During the Khmer Rouge’s brutal reign and the Cambodian civil war before it, Lim and her nine siblings attended school sporadically. The ravages of war forced the family first from its small town to the capital, Phnom Penh, and then into the countryside when the Khmer Rouge took power in 1975. As part of its vision to create a classless agrarian society, the communist group split families and relocated residents to rural labor camps.

Lim survived the work camps because she was smart and resourceful, said her youngest brother, Rithy Lim, who also lives in Fresno. She dug ditches, hauled clay-like dirt on her back, built earthen dams in the middle of a river during monsoons — all with little food or rest, he said.

She also became a skillful hunter and fisher, and learned to identify plants that were safe to eat.

“You cannot imagine the horrible conditions,” he said. “Think of it as a place that you live like wild animals, and people tell you to work. There’s no paper, no pens, you sleep on the ground. We witnessed death of all sorts.”

Vietnamese troops liberated Cambodia from the Khmer Rouge in 1979. Later that year, Lim, her mother and siblings sneaked into Thailand. “The whole family walked through minefields,” Rithy Lim recalled. There, they waited and worked in refugee camps. At one camp, they met a dentist from California’s Central Valley who was on a medical mission.

When Lim and her family arrived in the U.S. in 1982, they landed in Georgia. But she and an older brother soon moved to the small town of Taft, about 45 minutes west of Bakersfield, at the invitation of the dentist they’d befriended at the Thai refugee camp.

When she hit the ground, the 4-foot-11 dynamo, then 19, was driven by “pure determination,” Rithy Lim said.

Within two years, Linath Lim learned English, earned her GED and graduated from Taft College — “boom, boom, boom,” her brother recalled. (She learned to make traditionalAmerican Thanksgiving dinners when she worked at the community college’s cafeteria, which she would later cook for scores of friends and family.)

She went on to attend Fresno State and then the Medical College of Pennsylvania, sleeping on friends’ couches, borrowing money from other Cambodian refugees and scraping by.

“Imagine not having any money, studying alone, sleeping in someone else’s living room,” Rithy Lim said.

Lim became an internal medicine doctor “because she always wanted to be really involved with a lot of patients,” Rithy Lim said. After her residency, she returned to the Central Valley to practice in hospitals and clinics in underserved communities, including Porterville and Stockton, where some of her patients were farmworkers and Cambodian refugees.

California has the largest Cambodian population in the country, with roughly 89,000 people of Cambodian descent in 2019, according to a Public Policy Institute of California analysis of American Community Survey data.

Lim twice joined the Cambodian Health Professionals Association of America on weeklong volunteer trips to Cambodia, where she and other doctors treated hundreds of patients a day, said Dr. Song Tan, a Long Beach pediatrician and founder of CHPAA.

“She was a kindhearted, very gentle person,” recalled Tan, who said he was the only member of his family to survive the Khmer Rouge. “She went beyond the call of duty to do special things for patients.”

Most recently, Lim worked the swing shift, 1 p.m. to 1 a.m., at Community Regional Medical Center. She admitted patients through the emergency room, where she was exposed to countless people with COVID-19. She worked extra shifts during the pandemic, volunteering when the hospital was short-staffed, said Dr. Nahlla Dolle, an internist who also worked with Lim.

“She told me there were so many patients every day, and that they didn’t have enough beds and the patients had to wait in the hallway,” Tan said.

Colleagues said she was aware of the risks but loved her job. Lim, who was single and didn’t have kids, drew happiness from celebrating others’ joys. After getting home from work, she slept for a bit, then got up to cook. Her specialties were Cambodian, Thai, Vietnamese and Italian food. She sometimes ordered a whole roasted pig that she transported to the hospital. Her memorable Thanksgiving dinners served 70 or more people.

“For any occasion that comes up, if it’s a birthday, if it’s a baby shower, if it’s Thanksgiving, she would cook, she would order food and bring everybody together,” Dolle said. “She loved to feed people because she experienced famine and lack of food.”

The week before she died, Lim cooked for her colleagues almost every day, and threw a baby shower for Sharma, complete with chicken calzone and blueberry cake.

“Every day, we were having lunch together,” Sharma said. “She did the shower, and then she’s gone.”

Lim, who had health problems, including diabetes, had not been vaccinated. Family and friends had urged her to take care of herself, and to check her blood sugar and take her medications. “She would care about everyone but herself,” Sharma said.

On Jan. 15, Lim told friends by phone that she was exhausted, achy and having trouble breathing. But she said she would be fine, that she just needed to rest. Then she stopped responding to calls and texts.

When she didn’t show up for work a few days later, her brother went to check on her at home and found her on the couch, where she had died.

Now her brother and colleagues are haunted by what-ifs over the loss of a remarkable woman and doctor: What if I had checked on her sooner? What if she had been vaccinated? What if she had gotten care when she started feeling ill?

“To have someone who has been through all that in her childhood and then flourish as a physician, a human being, coming to a new country, learning English, going to school and college without having much financial support, it’s phenomenal,” Sharma said. “It’s unbelievable.”

This story is part of “Lost on the Frontline,” a project from The Guardian and Kaiser Health News that aims to document the lives of health care workers in the U.S. who die from COVID-19, and to investigate why so many are victims of the disease. This story was produced by KHN, which publishes California Healthline, an editorially independent service of the California Health Care Foundation. 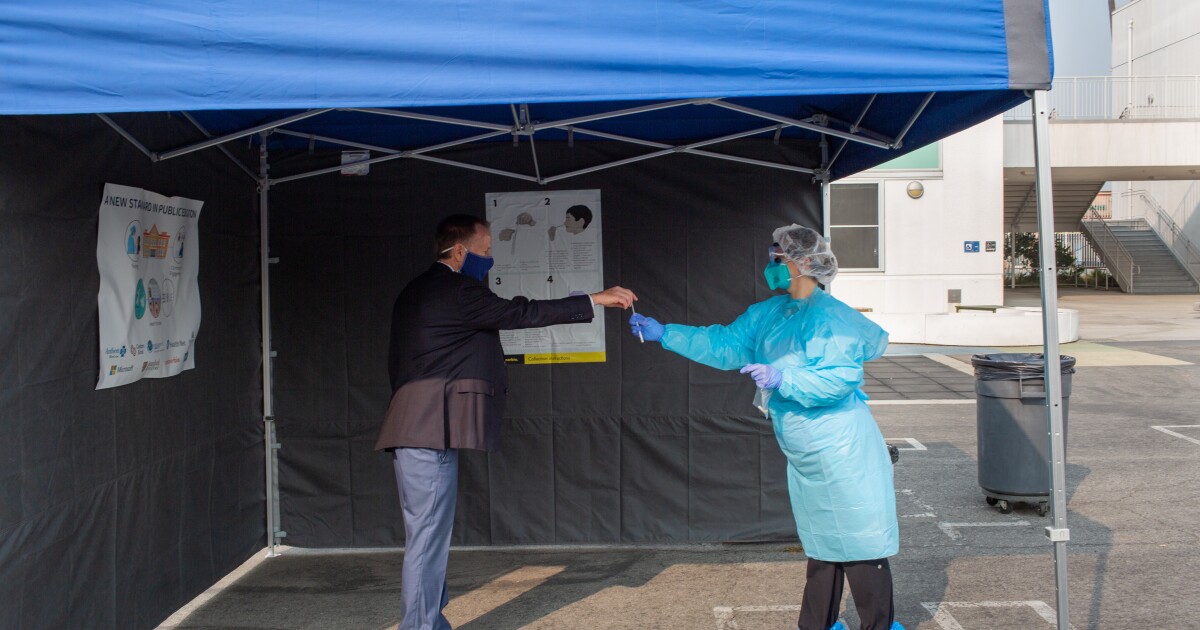 L.A. Unified will not reopen campuses when the spring semester starts Jan. 11 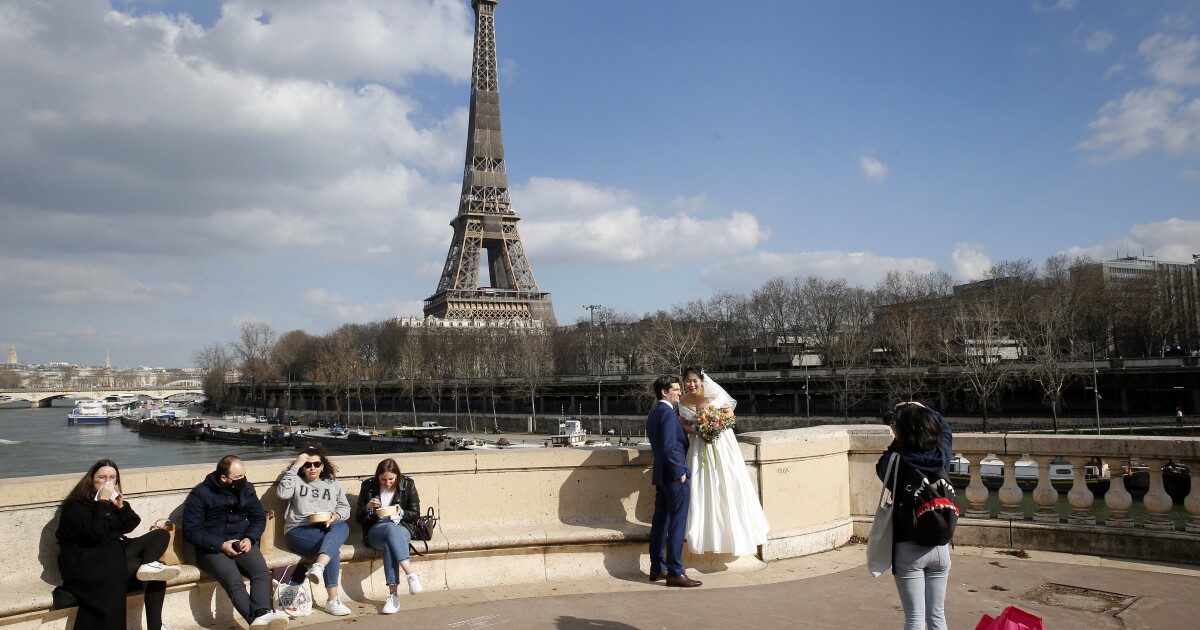 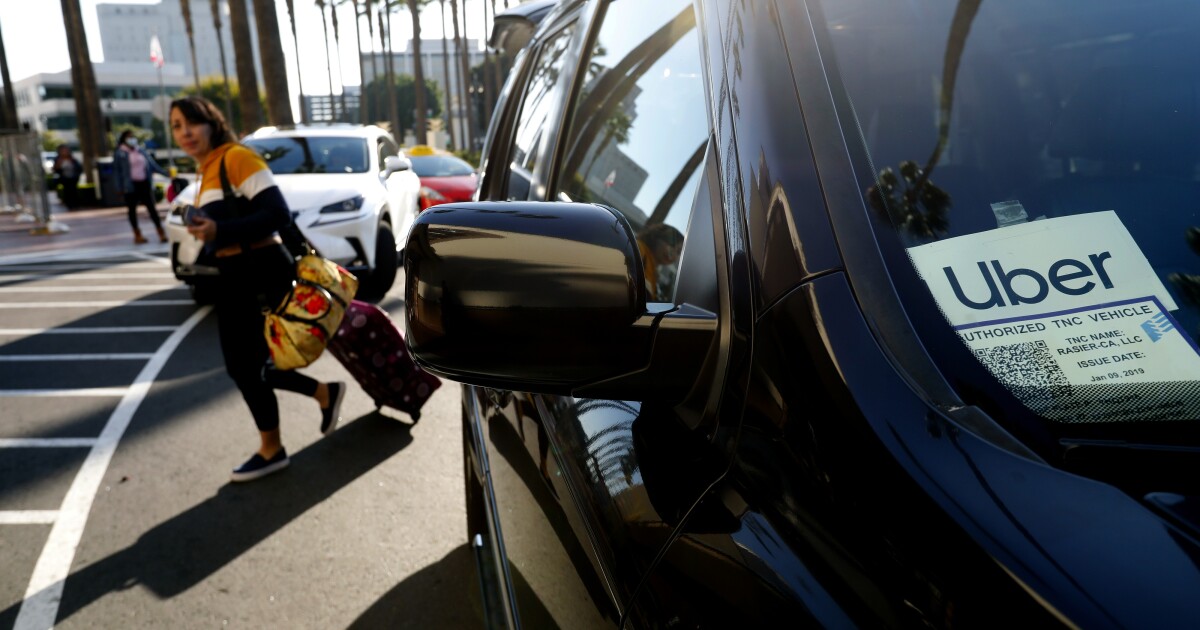