California’s battle against coronavirus has progressed so rapidly in the last few months that many experts are optimistic the state has experienced the worst of the pandemic and that another disastrous wave is unlikely as vaccinations increase and case rates keep plunging.

If those forecasts hold fast, California will enter the summer in a better place than many thought. State officials hope to have the economy largely reopened by June 15. And while coronavirus variants caused concerns earlier this year, officials and experts say they have generally been less aggressive than feared and vaccines seem to be offering protection against the various variants.

“I am optimistic,” said Dr. Robert Kim-Farley, medical epidemiologist and infectious diseases expert at the UCLA Fielding School of Public Health. “I think that we are going in the right direction — we will never have a surge like we had during the viral tsunami of the post-holiday season, just because now we have so many people vaccinated, and so many people have got natural immunity from having had the disease.”

Kim-Farley and others have said it’s always possible the virus could come back in some areas where people refuse to take the vaccine. But vaccination rates in California are rising fast.

“We may see some increases from time to time, especially if the virus gets into pockets of unimmunized people. But we’re not going to see these major threats that occurred to us previously,” Kim-Farley said.

On Monday, officials said Los Angeles County could reach “herd immunity” from the coronavirus by mid- to late July. Herd immunity, sometimes referred to as community immunity, occurs when enough people have been inoculated or have obtained natural immunity to protect the larger population against the virus.

With about 400,000 shots administered weekly, the county has about 2 million first doses to go before 80% of all residents 16 and older will have received at least one shot, Los Angeles County Public Health Director Barbara Ferrer said in a news briefing.

Ferrer noted that the estimated population that needs to be vaccinated in L.A. County for herd immunity is a guess, “but we do assume it’s probably somewhere around 80%.”

California is progressing to a situation where there’s markedly diminished transmission of disease because there is a decreasing number of people vulnerable to the coronavirus, either because of vaccination or prior infection with disease, Kim-Farley said.

While it’s true that it’s unlikely California will get to the point where there will be zero new daily cases and the virus is eliminated, “I do feel very confident that we are turning the corner, getting to that light at the end of the tunnel that’s been promised, of markedly reducing the number of cases that allows us then to be able to start dialing back on all these restrictions because of the fact that community rates of transmission are becoming very, very low,” Kim-Farley said.

Generally speaking, different regions of California may move faster in increasing immunity than others.

Dr. George Rutherford, an epidemiologist at UC San Francisco, believes the Bay Area will see some form of herd immunity first — perhaps by mid-June or early July — followed by urban and suburban Southern California and agricultural California at some point after that.

But that’s all contingent on vaccine rates remaining steady and not declining more steeply than they have recently.

In addition, scientists are increasingly confident that vaccines available in the U.S. “to a certain extent are protective from severe disease across all variants,” said Dr. Catherine Blish, a Stanford University professor of medicine and infectious diseases. “And that is really very good news.”

Last week, Los Angeles and San Francisco counties were among the latest California counties to enter the least restrictive yellow tier, allowing businesses to open to the maximum extent possible under the statewide color-coded framework for pandemic regulations.

Both counties have among the lowest average daily new coronavirus cases of California’s 58 counties.

L.A. and San Francisco counties show how different paths exist for getting past the pandemic. While San Francisco, with a population of fewer than 900,000 people, did see increased cases in the autumn and winter surge, its hospitals were never slammed like those in L.A. County. San Francisco has recorded 538 COVID-19 deaths over the course of the pandemic, for a death rate of 62 deaths per 100,000 residents.

San Francisco also has one of the highest rates of vaccination in California, with 66% of its residents having received at least one dose.

Los Angeles County, meanwhile, trod a far more deadly path to reaching low new daily coronavirus case rates — a death rate nearly quadruple that of San Francisco’s. L.A. County has recorded more than 24,000 deaths from COVID-19, for a rate of 238 deaths per 100,000 residents, one of the highest rates in the state.

“That’s why you’re seeing these crashing rates [of the coronavirus in L.A. County] — because there’s so much naturally acquired infection,” Rutherford said.

Some infectious disease experts suspect L.A. County was hit harder than San Francisco for a number of reasons, including higher levels of poverty and crowded housing, but also because of more skepticism of mask mandates and business restrictions. Polls have shown that Bay Area residents have been more supportive of pandemic-related restrictions than Southern California residents.

California still needs to maintain a decent pace of vaccinations to keep COVID-19 infections at bay. High rates of vaccine hesitancy, even if limited to pockets of communities, can still result in flareups of the disease. For instance, the introduction of a really transmissible variant, such as the one first identified in the United Kingdom (B.1.1.7), “can spread like wildfire through an unvaccinated community,” Blish said.

“We really need to keep vaccinating. … I’d really like to see us pushing up to 80% of population, given the incredible transmissibility of B.1.1.7,” Blish said.

Earlier this year, the emergence of COVID-19 variants raised concerns. But studies have offered reassurance that existing vaccines work well against the two most dominant strains in California — the one first identified in the United Kingdom (B.1.1.7) and the homegrown variant identified in California (B.1.427/B.1.429).

“Everything we’ve seen with the variants should provide marked reassurance, as far as the protection that is afforded by vaccines — particularly the vaccines that we have in the United States,” said Dr. Eric Topol, director of the Scripps Research Translational Institute in La Jolla.

The CDC Gets Caught Red-Handed Skewing the Numbers on COVID 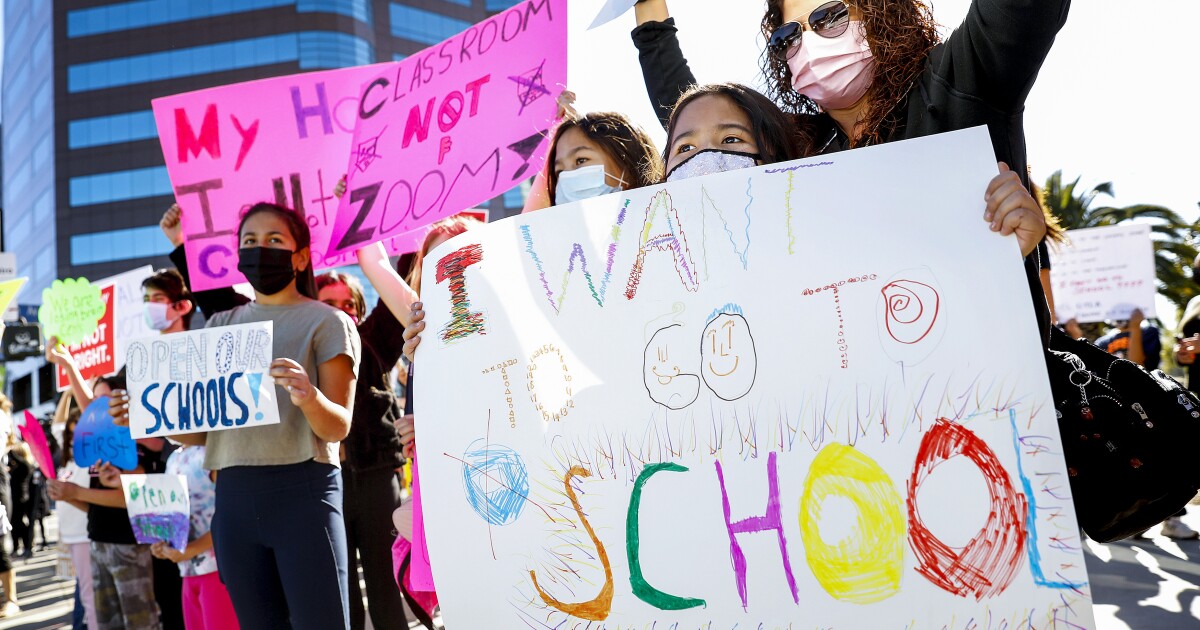 Letters to the Editor: Trust teachers on opening campuses. They’ve dealt with sick kids more than anyone 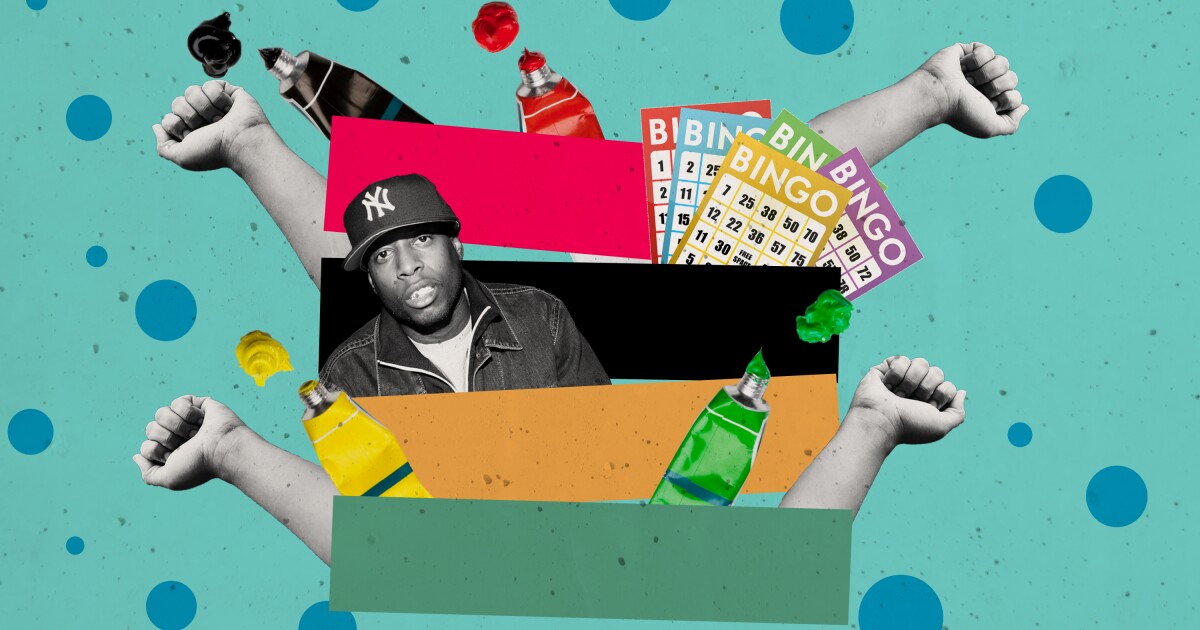