Riverside city officials on Saturday launched a mass COVID-19 vaccination site, with eventual plans to inoculate about 1,500 people a day in one of the regions hit hardest by the pandemic.

It’s the first large-scale site in Riverside, the most populous city in Riverside County, said Phil Pitchford, a spokesman for the city. Mass vaccination sites opened in the last few weeks in Los Angeles County, Long Beach and Orange County, even as officials contend with a scarcity of doses.

Vaccinations are open to people who live or work in Riverside County and are conducted under tents in a parking lot north of the Riverside Convention Center, said Capt. Brian Guzzetta, spokesman with the Riverside Fire Department.

The site is currently accommodating those 65 and older, educators and agricultural, child-care and emergency service workers — all classified as Tier 1a or 1b under the state’s vaccination schedule. Doses are limited to about 500 daily because of a shortage in supplies.

Going forward, appointments will be available from 9 a.m. to 4 p.m. Monday through Friday. Appointments can be made online through vaccine.riversideca.gov.

Appointments are fully booked through Tuesday afternoon, however, at which point the city will run out of its current 2,500 doses, said Mike Annas, Riverside’s emergency services administrator.

The city will probably receive an additional allocation Monday or Tuesday, allowing it to open additional appointments throughout the week, he said.

The new vaccination site is capable of doling out up to 1,500 doses a day but is limited to its current number of appointments because of the scarcity of the vaccine, Annas said.

It’s a problem echoed by other municipalities throughout the state: County officials say they have most of the resources — large vaccine centers and personnel to run them — but lack the doses they need.

“Our ability to protect even more L.A. County residents in the coming weeks and months is entirely dependent and constrained by the amount of vaccine we receive each week, and often, we do not know from one week to the next how many doses will be allocated to L.A. County,” Public Health Director Barbara Ferrer said in late January.

Annas called it “the Achilles heel right now in the system.”

Despite some of the unknowns around vaccine availability, Riverside officials hailed Saturday’s opening as a success.

Wait times were under 10 minutes, and many completed the appointment from start to finish in under an hour, Annas said.

Those with appointments park first and then walk up to the vaccination area. In several mass-vaccination sites in Los Angeles County, drive-through vaccines are administered to the person sitting in a car.

“It’s much easier for us to keep a good track of all of our patients, as opposed to people in their individual vehicles,” Guzzetta said, referring to the observation period of about 15 minutes following each injection.

In nearby San Bernardino County, a mass-vaccination pop-up event is planned for Tuesday at the Auto Club Speedway in Fontana, officials said.

Appointment slots opened Monday morning for the event, which will see the vaccination of 3,500 people, according to a county news release. Second doses will be distributed at a March 2 event, the release said.

Those eligible for an appointment at the Fontana site include people 65 and older, in addition to front-line healthcare workers and emergency services professionals. Only those who work or live in the county can secure a spot, the release said. Appointments can be booked at sbcovid19.com/vaccine.

The Inland Empire became a hotbed of coronavirus infection late last year. Riverside County is currently ranked third in new coronavirus infections per 100,000 residents, with nearly 570 cases in the last seven days, according to Times data. San Bernardino County is in sixth place, with about 467 cases over the same period. In contrast, Los Angeles County trails both counties, ranking ninth in the state, with 434 new infections in the last seven days.

Public officials and experts point to several factors behind the surge in Riverside and San Bernardino counties. The region is powered by a logistics and manufacturing industry that kicked into overdrive over the holidays, as online shopping — already up during the pandemic — increased.

Staffing the area warehouses and facilities are large numbers of essential workers, many of whom live in dense, working-class communities, where the virus has spread.

County officials and law enforcement have also at times chafed against coronavirus restrictions, sending conflicting, if not contradictory, messages to residents.

About 25% of the city of Riverside’s fire department staff received the vaccine, according to Annas. The same percentage of city staff expressed interest in the vaccine in a survey, he said, adding that access hasn’t been extended to that group yet.

The city plans to target essential workers and others communities disproportionately affected by the pandemic — once enough vaccines are available, Annas said.

“We’re working on the equity piece,” he said.

By continuing robust testing, the city can identify hot spots and direct their efforts when possible, Guzzetta said.

Los Angeles schools to remain in hard shutdown for near future, Beutner says

Who needs COVID boosters? Experts must decide with incomplete data 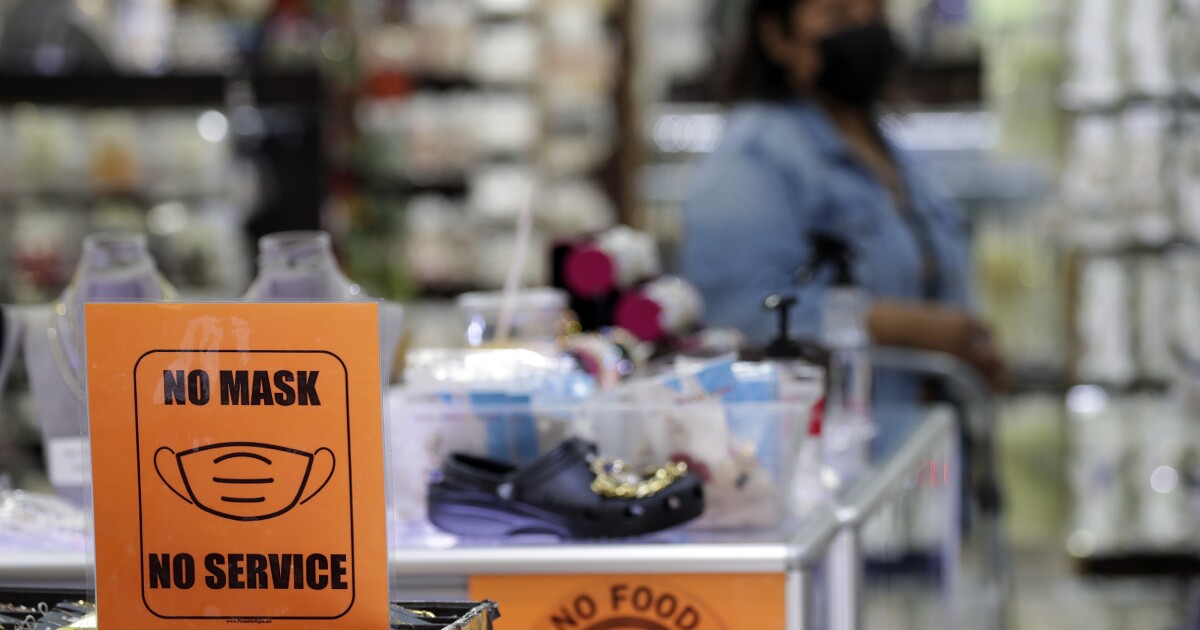