In Northern California, the pastor of a megachurch hands out religious exemption forms to the faithful. A New Mexico state senator will “help you articulate a religious exemption” by pointing to misinformation about aborted fetal cells in vaccines. And a Texas-based evangelist offers exemption letters to anyone — for a suggested “donation” starting at $25.

With workplace vaccination mandates in the offing, opponents are turning to a tried-and-true recourse for avoiding a COVID-19 shot: the claim that vaccination interferes with religious beliefs.

No major denomination opposes vaccination. Even the Christian Science Church, whose adherents rely largely on prayer rather than medicine, does not impose an official policy. It counsels “respect for public health authorities and conscientious obedience to the laws of the land, including those requiring vaccination.”

And if a person claims their privately held religious beliefs forbid vaccination, that defense is unlikely to hold up in court if challenged, legal experts say. Although individual clergy members have mounted the anti-vaccine bandwagon, they have no obvious justification in religious texts for their positions. Many seem willing to cater to people who reject vaccination for another reason.

Still, the Equal Employment Opportunity Commission grants broad leeway to what constitutes a sincerely held religious belief. As a result, some experts predict most employers and administrators won’t want to challenge such objections from their employees.

“I have a feeling that not a lot of people are going to want to fight on this topic,” said Dr. John Swartzberg, an expert on infectious diseases and professor at UC Berkeley.

The Food and Drug Administration’s full approval of the Pfizer-BioNTech vaccine on Aug. 23 could bring the matter to a head. Many government agencies, healthcare providers, colleges and the military had been awaiting the move before enforcing mandates.

California, which abolished nonmedical exemptions for childhood vaccination in 2015, has led the way on COVID vaccine mandates.

Democratic Gov. Gavin Newsom’s July 26 order for state employees and healthcare workers to be fully vaccinated or submit to weekly testing was the first of its kind, as was a similar declaration Aug. 11 for all teachers and staff at both public and private schools.

The 23-campus California State University system joined the University of California in requiring vaccination of all students and staff, and companies such as Google, Facebook and Twitter have announced mandatory proof of employee vaccination for those who return to their offices.

UC is requiring proof of vaccination for all staffers and students across its 10 campuses, a decision that potentially affects half a million people. But like many other businesses, it makes room for those who wish to request an exemption “on medical, disability or religious grounds,” adding that it is required by law to do so.

Nothing in history suggests that a large number of students or staff members will seek such an out — but then, no previous vaccination conversation has been as overtly politicized as the one around COVID-19.

“This country is going to mandates. It just is. Every other alternative has been tried,” said Dr. Monica Gandhi, an infectious diseases expert at UC San Francisco. “That phrase, ‘religious exemption,’ is very big. But it’s going to be quite hard in the current climate — in a mass health crisis, with a vaccine in place that works — to just let any such religious claims go.”

Indeed, while pop-up anti-vaccine churches have long offered reluctant parents ways to exempt their kids from shots, these days churches, internet-based religious businesses and others seem to be offering COVID vaccination exemptions wholesale.

Dr. Gregg Schmedes, a Republican state senator and otolaryngologist in New Mexico, used an Aug. 19 Facebook post to direct healthcare workers “with a religious belief that abortion is immoral” to a site that claims the COVID-19 vaccines contain fetal DNA. In fact, one U.S.-distributed vaccine, the Johnson & Johnson product, is made using a cell culture that partly originated in retinal cells from a fetus aborted in 1985.

Yet the Vatican has deemed it “morally acceptable” to get a COVID-19 vaccination. In fact, Pope Francis declared it “the moral choice because it is about your life but also the lives of others.”

In an increasing number of dioceses — Los Angeles, Chicago, Philadelphia and New York, among others — bishops have instructed priests and deacons not to sign any letter that lends the church’s imprimatur to a request for religious exemption.

Schmedes did not respond to questions posed by Kaiser Health News via email.

In the Sacramento-area city of Rocklin, meanwhile, a church that openly defied Newsom’s COVID-19 shutdown orders last year has handed out hundreds of exemption letters.

Greg Fairrington, pastor of Destiny Christian Church, told attendees at a church service: “Nobody should be able to mandate that you have to take a vaccine or you lose your job. That’s just not right, here in America.”

EEOC guidelines suggest that employers make a “reasonable accommodation” to those with a sincerely held religious objection to a workplace rule. That might mean moving an unvaccinated employee to an isolated part of the office, or from a forward-facing position to one that involves less interpersonal contact. But the employer isn’t required to do anything that results in an undue hardship or more than a “de minimis” cost.

As for the objection itself, the commission’s advice is vague. Employers “should ordinarily assume that an employee’s request for religious accommodation is based on a sincerely held religious belief,” the EEOC says. Employers have the right to ask for supporting documentation, but employees’ religious beliefs don’t have to hew to any specific or organized faith.

The distinction between religion and ideology is blurring among those seeking exemptions. In Turlock, Calif., a preschool teacher was provided an exemption letter by her pastor, who offered the documents to those who felt taking a vaccine was “morally compromising.”

Asked by Kaiser Health News via direct message why she sought the exemption, the woman said she didn’t feel comfortable being vaccinated because of “what’s in the vaccine,” then added, “I personally am over ‘Covid’ and the control the government is trying to implement on us!” Like other exemption seekers, even those who have posted in Facebook anti-vaccine groups, she feared having other people know she sought an exemption.

A surgical technician working at Dignity Health, which has ordered its employees to be fully vaccinated by Nov. 1, said she was awaiting a response from the company’s human resources department on her request for a religious exemption. She freely explained her reasons for applying by referencing two Bible passages and listing vaccine ingredients she said are “harmful to the human body.” But she didn’t want anyone to know she applied for the religious exemption.

A state’s right to require vaccination has been settled law since a 1905 Supreme Court ruling that upheld compulsory smallpox vaccination in Massachusetts. Legal experts say that right has been upheld repeatedly, including in a 1990 Supreme Court decision that religiously motivated actions aren’t insulated from laws, unless a law singles out religion for disfavored treatment.

In August, Supreme Court Justice Amy Coney Barrett declined, without comment, a challenge to Indiana University’s rule that all students, staff and faculty be vaccinated.

“Under current law, it is clear that no religious exemption is required,” Erwin Chemerinsky, dean of UC Berkeley’s law school, told Kaiser Health News. Clearly, that is not preventing people from seeking one.

This story was produced by Kaiser Health News, one of the three major operating programs at Kaiser Family Foundation.

These Baby Bats, Like Us, Were Born to Babble 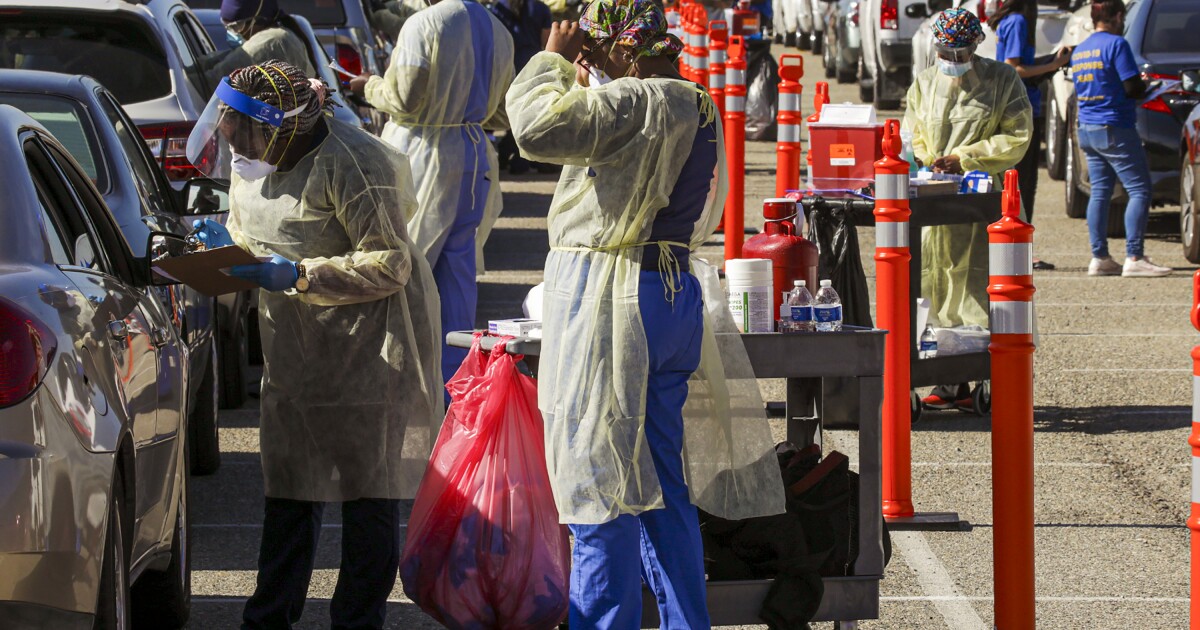 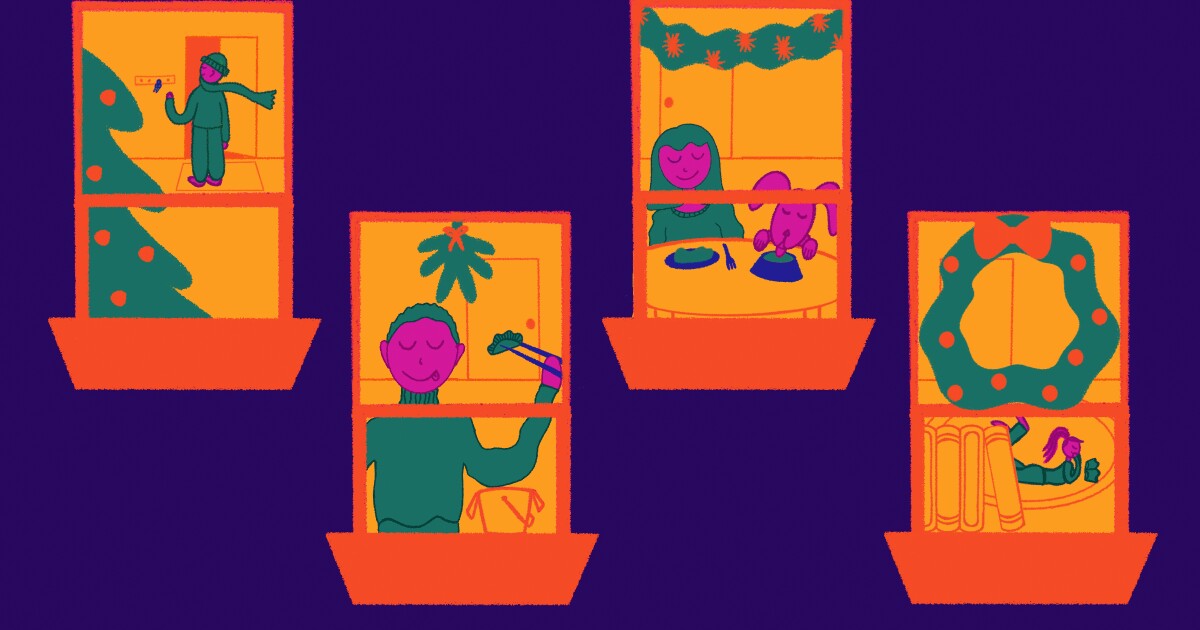 What are the risks of kids getting COVID-19 as schools reopen? 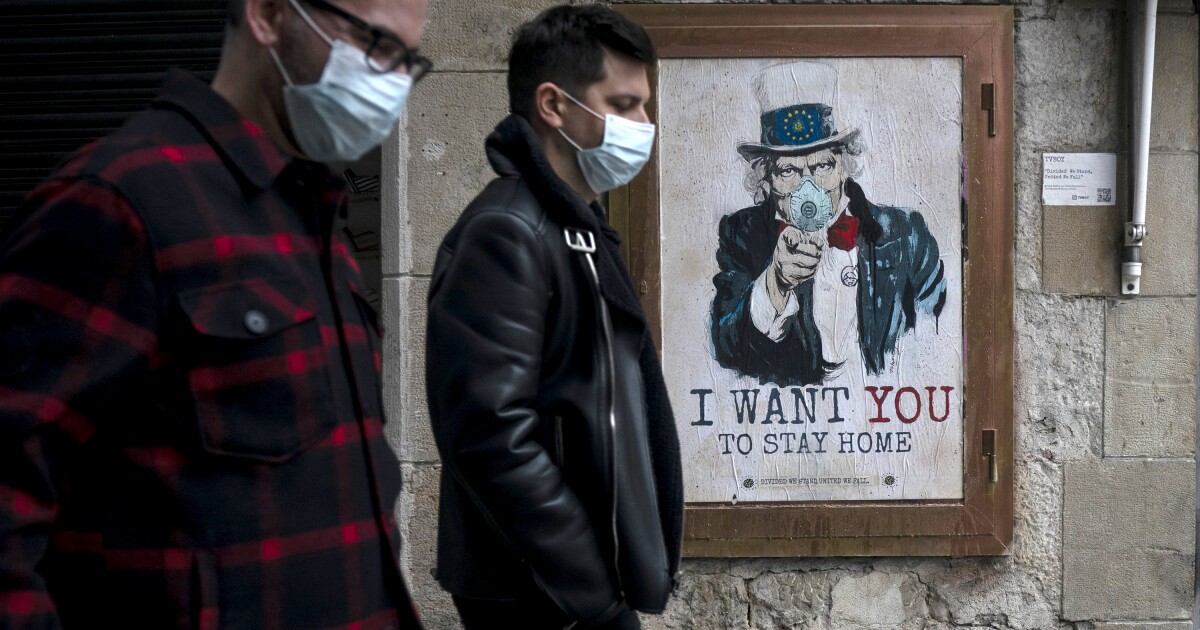