Tuesday, Aug. 3: After going weeks without speaking to each other because I yelled at my mom about not getting vaccinated, she finally calls me from her home in Texas. The news: She has just tested positive for COVID-19.

Thursday, Aug. 5: I call my mom and we fight until I have persuaded her to call her doctor. I advise her to outline all of her symptoms in detail and to take his advice, even the antibody infusion, the COVID treatment given emergency-use authorization by the U.S. Food and Drug Administration in November. The fact that the treatment is so new makes her nervous.

When your mom gets COVID, time rightfully takes center stage. Suddenly there’s time to think. Time to consider. Time to understand that there is no time. Or that the last time you did (fill in the blank) with her might have been the very last time ever.

Friday, Aug. 6: More bad news. I find out from my sister that four family members in Texas, including my 79-year-old grandmother, are unvaccinated and have all contracted the virus. I am distraught.

I wish I could find a way to get vaccine-hesitant Black people to believe that COVID vaccines are not a Tuskegee experiment, the infamous study in which the United States Public Health Service knowingly kept syphilis diagnoses and treatments from its hundreds of Black subjects for decades. My unvaccinated family members have all brought it up as a reason they don’t want the shot. Yes, the Tuskegee experiment was a race-driven atrocity that America has yet to properly reckon with. But this is not that.

Tuesday, Aug. 10: My mother’s concern for her own mother’s deteriorating health grows. I am increasingly worried about my own mother’s health, which has also taken a turn for the worse. In this moment, we are able to connect. My grandmother begins breathing too shallowly and is taken to the hospital.

Racial distrust in America runs so deep that people in my family thought it was logical to risk getting a deadly virus rather than trust a physician’s recommendation to get a vaccine. Old wounds remain unhealed. A cycle that is unending.

Wednesday, Aug. 11: My grandmother has had a stroke.

James Baldwin, the Black American essayist, would trace this racial distrust back to America’s “original sin” — the early settlers, who came armed with a plague of their own, and the creation of the concept of “Brownness,” “Blackness” and “otherness.” The distrust is rooted in being made to feel different. It is valid. And getting acknowledgement of, and healing from, this past trauma is the good fight that we need to keep fighting. But we must separate that battle from a fear of proven science.

Thursday, Aug. 12: My grandmother’s kidneys are failing. This is one COVID side effect among a host of other symptoms she’s experiencing. My heart hurts.

I’m not judging the vaccine hesitant. I was one of them for many months. But I did get the jab. Why? Because white people began to colonize it. No matter how widely the vaccines were distributed in communities of color, it seemed to me there were always some white people showing up and waiting in other people’s lines to get their hands on it.

Saturday, Aug. 14: I watch a news clip online where a Black female doctor outlines all the COVID-19 side effects that patients with severe cases should expect to leave the hospital with. My grandmother is currently experiencing all of them. Someone in the comments section of the video calls it “fake news.” I want to scream.

While deciding to get the shot, I weighed the potential for side effects and it became a no-brainer. I’ll take a fever and some chills any day over the COVID side effects my grandmother has been experiencing.

Sunday, Aug 15: My grandmother feels better and is no longer contagious. She decides she wants to come home rather than remain at the hospital. My mother’s symptoms are waning and she’s feeling better. I’m overjoyed. If we can get them both out of the woods and then get them vaccinated, maybe this whole nightmare will be over. I feel hope.

Black vaccination hesitancy has valid roots in our healthcare system. But if that distrust creates so much fear that we die when we don’t have to, our Black lives won’t matter much at all.

Tuesday, Aug. 17: Gov. Greg Abbott of Texas tests positive for COVID. I can’t delight in the irony because he’s complicit in so many unnecessary deaths.

I find out that my sister has jumped in her car and driven the five hours from Dallas to my mom’s small town to see our mom. When she arrives, she finds that my mother has returned to her teaching job after testing negative. When she gets home from work, my mom FaceTimes my father, my brother and my nephew so they can talk to my grandmother. My sister calls in an order for Italian food.

Amid the chatter and fuss, quietly, peacefully my grandmother passes away.

Do your research. Avoid misinformation. Consult your physician. Make your appointment. Get your shot. Don’t take any more time.

Friday, Aug. 27: My grandmother was laid to rest. Rest in peace, Grandmama.

Any one of our Black lives can end in a matter of days. Don’t waste time. Go now. We’ll fight the good fight later. Together. Alive.

Espie Randolph III is a screenwriter and actor from Odessa, Texas. He is studying directing at New York Film Academy in Burbank. @espie-randolph 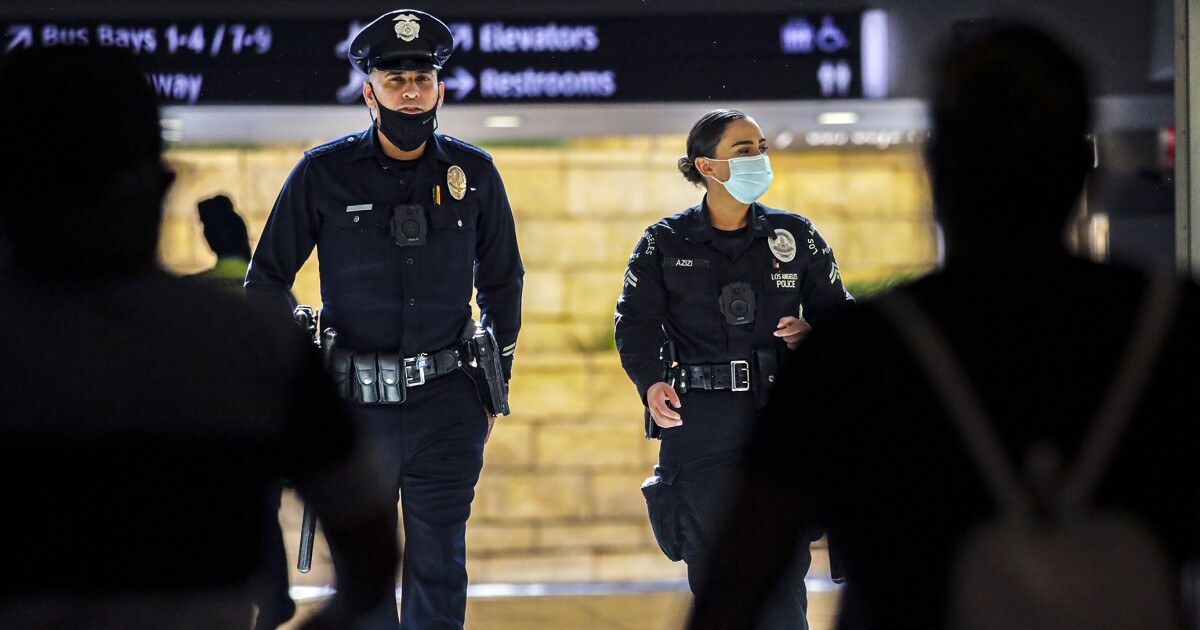 Letters to the Editor: The sad refusal of many cops to mask up and get vaccinated 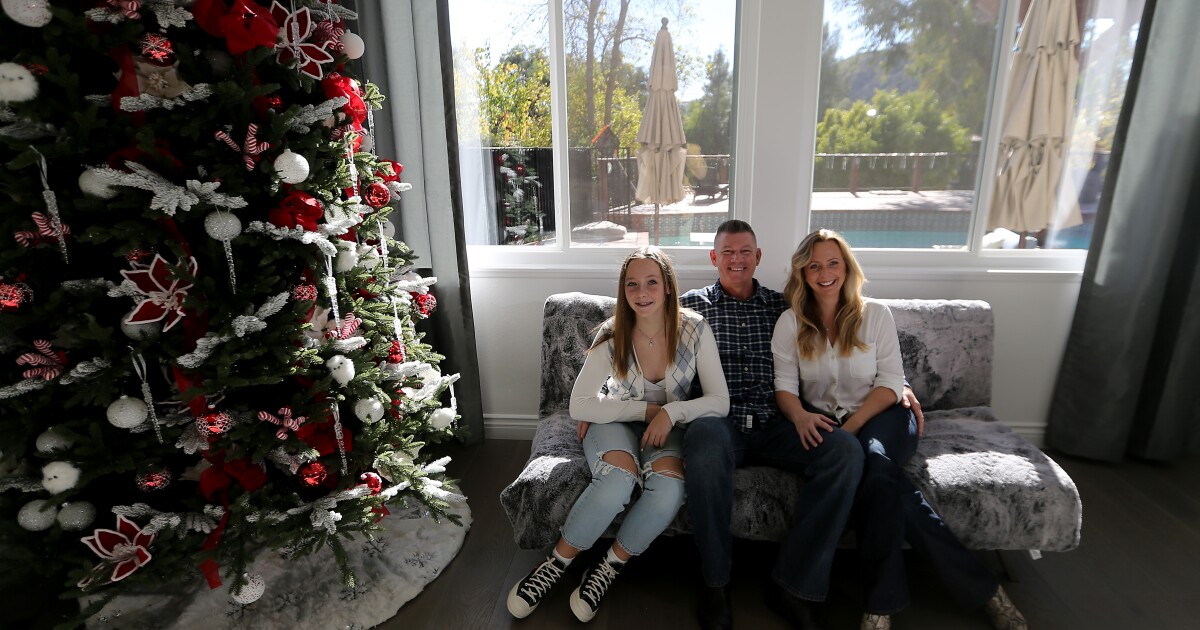 The housing market is red hot. How long can it last? 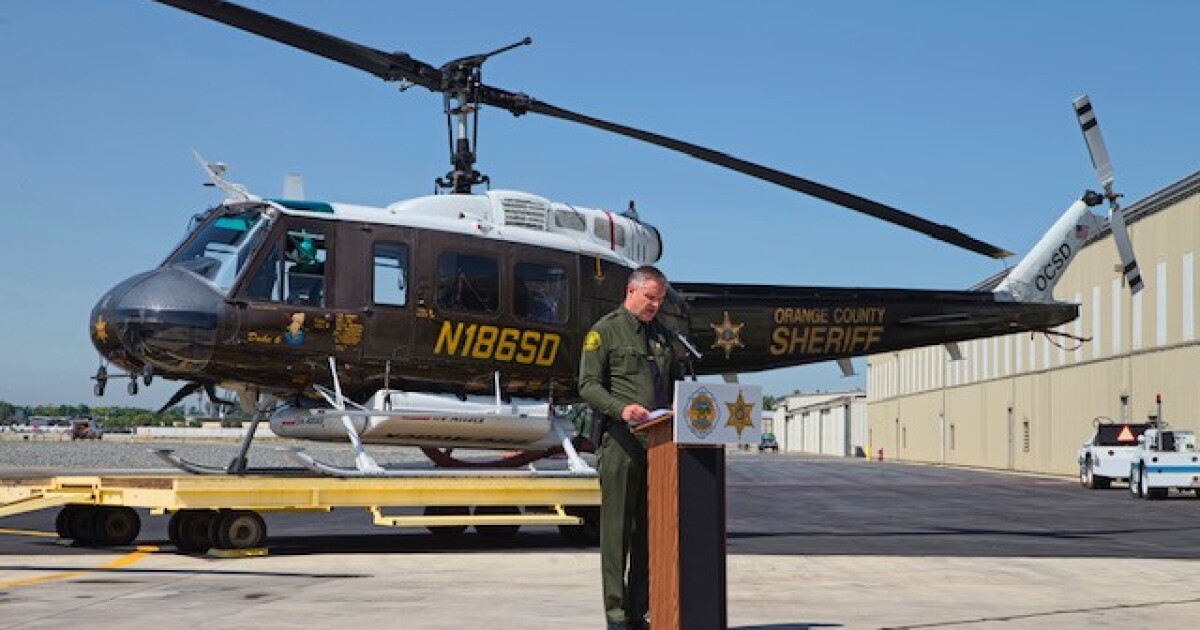 Letters to the Editor: Elected sheriffs would rather pander to COVID deniers than enforce the law