Los Angeles schools will resume some services next week for a small percentage of students with special needs, Supt. Austin Beutner announced Monday.

The state’s largest school system had been among the last in the region to maintain a hard shutdown that halted all in-person services in early December. The district’s move will partially address a growing outcry among many families to reopen campuses as much as possible.

“In anticipation of a more complete reopening of schools in April, we will begin next week to offer child care, one-on-one and small group instruction, services for students with special needs and a return to athletic conditioning,” Beutner said in remarks broadcast Monday morning. “Your school principal will have more information on this during the course of the week.”

For about two months in the fall, L.A. Unified had offered many of these services, but shut them down when a devastating COVID-19 surge took hold in Southern California, straining the medical system. At the time, in-person services and instruction were reaching fewer than 1% of the 465,000 students in kindergarten through 12th grade. The district also was relying on staff who volunteered to work outside of the normal school day.

Beutner offered no details on whether the restored services would work the same way or be able to reach more students.

In the last few weeks, infection rates have dropped sharply, but unevenly, with much higher rates in many of the low-income communities served by L.A. Unified. Beutner cited that ongoing risk as part of the reason why reopening the massive school system had to be approached with more caution than in other places, such as suburban La Cañada Flintridge.

Nonetheless, because of declining coronavirus infection rates countywide, all elementary campuses are eligible to open in Los Angeles County. Gov. Gavin Newsom has called for elementary schools to reopen — citing new guidance from the U.S. Centers for Disease Control and Prevention — but has not mandated reopening.

Parents calling for a wider reopening organized a Monday morning protest at the Federal Building in West Los Angeles. They said they were calling a “Zoom blackout,” essentially a strike from attending school online that was to begin Monday and continue “for as many days at it takes,” according to organizers.

And that could be a while.

In his remarks Beutner is hoping for a wider reopening timeframe of “no later than April 9,” while also stating that vaccines for school staff are a critical part of that equation. Inadequate access to vaccines could push that date back, he has said.

“My goal of April 9th is still possible, but we need to start today, not tomorrow, not next week,” he said in the briefing.

School staff younger than 65 don’t become eligible for vaccines until March 1, and supplies of doses are likely to be limited for weeks. The two vaccines on the market require five to six weeks to achieve maximum immunity after the first of two shots.

Leaders of United Teachers Los Angeles, which represents the district’s teachers, counselors, nurses and librarians, say that no staff should return to work until they are fully immunized.

The union and district are in negotiations over what a return to campus would look like. Union members are tentatively scheduled to vote next week on whether they would oppose a return-to-work order. A year after the COVID-19 pandemic began, Wuhan has become a city of forgetting When your chance for a COVID-19 shot comes, don’t worry which one it is 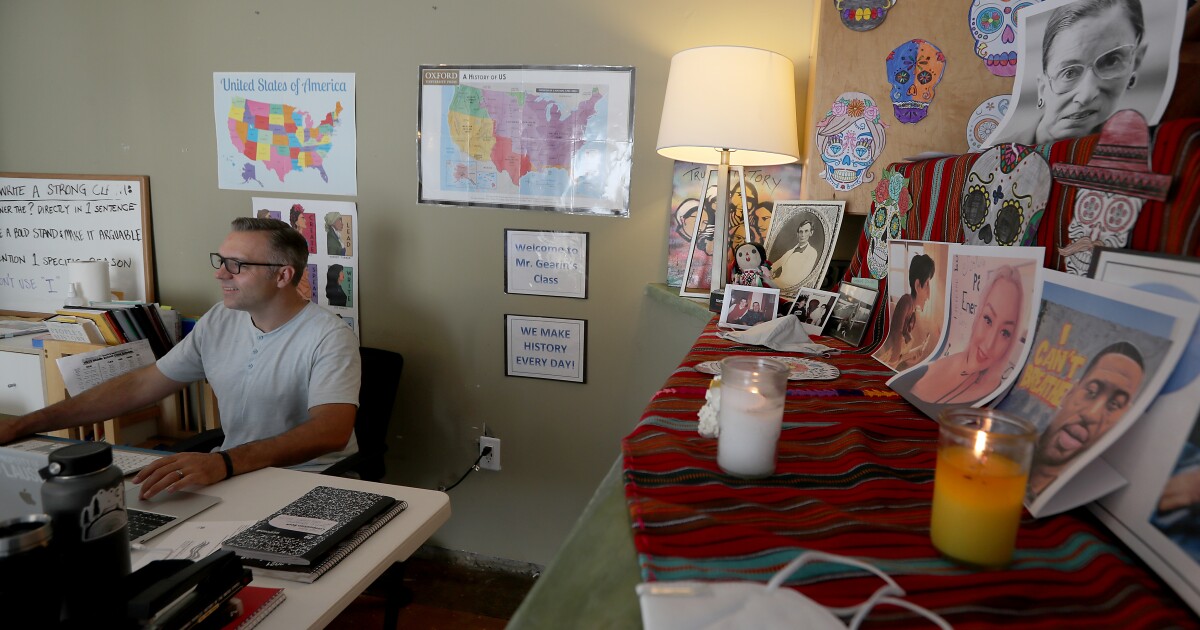