Citing concerns about the budget, Los Angeles County officials said they don’t plan to expand the number of hotels they’re renting to shelter homeless people who are at risk of contracting COVID-19.

As of late last month, the county was renting 12 hotels with 1,350 rooms through a program known as Project Roomkey, according to a county report on the program released this week. It plans to keep 11 of those 12 sites open through September, at the latest.

The change, though, still left municipalities looking for cash to front the cost of using the hotels while waiting to get reimbursed by the federal government.

“Unfortunately, while [the Federal Emergency Management agency] has committed to covering 100% of the cost of Project Roomkey, it still requires Los Angeles County to pay for most of the operations now and then seek to be reimbursed later — potentially years later,” L.A. County Homeless Initiative Director Phil Ansell said in a written statement.

“Having to advance funds during the economic downturn triggered by the pandemic would place a significant burden on the county’s cash flow.”

The city of Los Angeles, which also participates in Project Roomkey, has been exploring renting four additional motels with a total of 200 beds, which the county had previously been using but shuttered. Los Angeles Mayor Eric Garcetti has cited the city’s fiscal challenges and the cash flow issue as reasons why the city has been slow to expand the program.

Still, he pulled $75 million last month from a city fund to keep open about 1,200 rooms the city already had rented that were slated to close.

The county has been able to either get advances or request expedited reimbursements for about half the costs of renting and running these hotels.

The county has requested $73 million from FEMA for Project Roomkey and has received $12.4 million, county officials said. The Times reported earlier this week that the city government has yet to request any money from FEMA for what it has spent on the hotel program.

Project Roomkey launched at the beginning of the pandemic to shelter homeless people who are older than 65 or at risk of contracting the coronavirus. At the peak of the program last summer, the city and county had 3,774 rooms under lease, but that number began to drop off as hotels closed, and the program never got close to the 15,000 people officials said they wanted off the streets. Currently, there are 2,261 hotel rooms leased across the county, and 1,672 are occupied.

Public health officials and advocates for homeless people have said individual rooms, rather than large shelters, which have experienced large outbreaks, are the safest place place for people without homes at this time. When the enhanced reimbursement was announced, many local elected officials called for a significant expansion of the program.

Los Angeles County Supervisor Janice Hahn had supported an expansion of the program and was disappointed to hear that the county’s budget constraints would keep it from growing.

“Project Roomkey works and it’s been our most successful model for protecting people and addressing homelessness during this pandemic,” Hahn said in a statement. “This is not the outcome I wanted, and unfortunately, this makes it nearly impossible to expand this program.”

Other Los Angeles-area politicians, including several Los Angeles City Council members, have sought additional money to expand the program in the city.

Some expressed frustration this week by the news that Los Angeles has yet to seek reimbursement from FEMA for city expenses for the program.

Councilman Kevin de León, whose district includes skid row, called on the city administrative officer to provide a report to the City Council on the delays.

“We’re still in the midst of two unprecedented crises — a global pandemic and mounting homelessness — and delays by departments make the whole city look asleep at the wheel,” De León said.

Assemblyman Miguel Santiago (D-Los Angeles), who also represents skid row, said that “it’s completely mind-boggling that the CAO’s Office left any money on the table when people are living on our streets.”

Budget officials have blamed the slow reimbursement process on a lack of available staff able to do the extensive paperwork. The city has received about one third of the $100 million in reimbursements it is seeking.

“We are working to increase our FEMA reimbursements,” City Administrative Officer Rich Llewellyn said Friday. “This has not slowed the city’s response to the homelessness crisis nor prevented any funding from going to Project Roomkey.” A Norwegian church in San Pedro honors a saint who brings light to darkness. Fitting in a pandemic 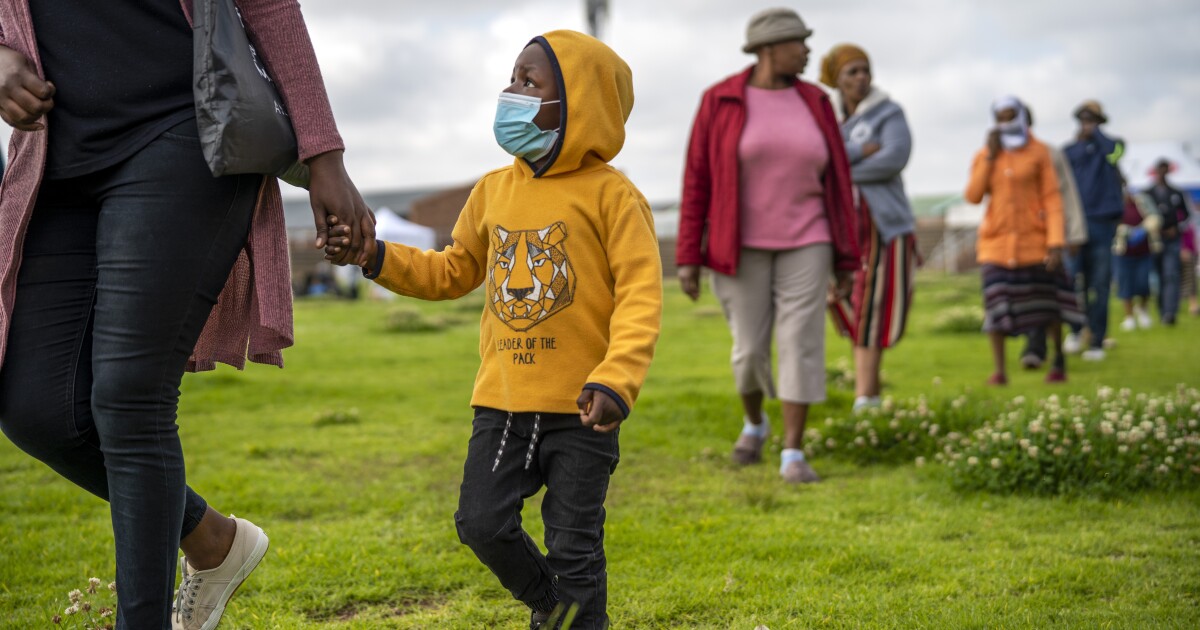 What is the C.1.2 coronavirus variant — and should we be worried?