Teachers and those who work in child care, food and agriculture, and emergency services are eligible to receive COVID-19 vaccinations in Los Angeles County starting Monday, though officials warn the pace will be slowed by limited supply.

Nearly 1.2 million people fall into those groups, according to estimates released by the county. They join the about 2.2 million people in L.A. County who are already eligible to be vaccinated: those who work in healthcare, live in long-term-care facilities and people 65 or older.

“Opening eligibility to more groups of essential workers will save more lives and accelerate our recovery,” Los Angeles Mayor Eric Garcetti said Sunday in a statement.

Newly eligible workers will be able to make appointments at city-run vaccination sites starting Monday, the mayor’s office said, but only a small number of first-dose appointments will be available this week, at Pierce College.

The 70,000 doses of Moderna vaccine the city expects to receive Monday will primarily go to its six mass vaccination sites, which are open Tuesday through Saturday, to be administered as second doses, Garcetti’s office said in a news release. Appointments were being scheduled automatically for people who received their first dose at a city-run site between Feb. 1 and 6.

An additional 7,000 doses of the Pfizer vaccine that are expected Monday will be provided as first doses through the city’s mobile vaccination program, which aims to deliver inoculations directly to the hardest-hit neighborhoods, city officials said. The program, this week, is set to triple the total number of doses administered from 4,000 to 12,000 through clinics offering first doses in Baldwin Hills, South Park, Highland Park, Panorama City, Westlake and Pacoima, and clinics offering second doses in Vermont Vista, Baldwin Hills and South Park, the city said.

Supply remains the chief barrier to doling out more vaccine, Garcetti’s office said, noting that last week the city administered over 90,000 doses, the highest number so far but still only 68% of its program’s capacity. Los Angeles County has so far administered 2,049,666 doses of vaccine, first and second doses combined, according to The Times’ vaccination tracker.

Long Beach, which has its own health department and receives its own vaccine supply, started vaccinating food workers and educators in January, holding sector-specific clinics for each group. On Friday, more than 3,000 restaurant workers, bodega and market employees, cooks and other food industry workers are slated to be vaccinated at a clinic at the Long Beach Convention Center, the city said.

Workers in education, child care, and food and agriculture were eligible to receive vaccinations in San Francisco starting Friday.

Orange County began earmarking doses of COVID-19 vaccine for workers in education, child care, and food and agriculture last week, saying it would dedicate 30% of its allocation to workers in those sectors, as well as those in emergency services, and the remaining 70% to residents 65 or older. Residents who are 65 or older and first responders who work in high-risk communities have been eligible to be vaccinated since mid-January.

San Bernardino County also expanded vaccinations to educators last week, and Ventura County said it would start vaccinating teachers as well as those working in food and agriculture, and emergency services.

San Luis Obispo County will start scheduling vaccinations for some local child-care workers and teachers starting Monday, but they will be contacted by their employer for an appointment and should not try to schedule one themselves, the county said.

As California and other states have seen political discord over vaccination priorities, leaders from elsewhere said such clashes were unavoidable. Kentucky’s Democratic Gov. Andy Beshear said his state was about to be the first to fully vaccinate all educators but that the process had been contentious at times.

“We pushed our teachers to the front of the line, moving them up faster than the CDC or other states had,” said the governor in an interview on CBS’ “Face the Nation.”

“Everything’s difficult in COVID, even the concept of what’s an essential worker — is one person more essential than another?”

Where educators were concerned, Beshear said, state decision makers were guided by science as well as social need.

“It was development for our children scholastically, emotionally and socially,” he said. “We made this call early on — we stuck to it.”

The expansion in eligibility comes as public health authorities in California and across the country continue to report declines in new cases and hospitalizations.

The Los Angeles County Department of Public Health on Sunday recorded 1,064 new cases of the virus and 107 related deaths. There were 1,578 patients in county hospitals as of Saturday, a drop of nearly 50% from two weeks before.

Still, experts say it’s too soon for people to let their guard down. There’s some evidence to suggest the nationwide declines may be stalling, with case numbers potentially plateauing at unsustainably high levels, the U.S. Centers for Disease Control and Prevention has said.

President Biden’s chief medical advisor, Dr. Anthony Fauci, said Sunday that even with heartening news about the falling national caseload and the accelerating vaccine rollout, some states, including California, were a source of concern because of emerging new variants of the virus.

Appearing on CBS’ “Face the Nation,” Fauci said “we will be” victorious in the fight against the virus, but that “we’re not there yet, particularly with the variants that are circulating in various parts of the country, such as in California and New York.”

In California, they include the U.K. variant, which spreads more readily than its predecessors and may also be more deadly, as well as a homegrown variant that may have the ability to evade antibodies generated by vaccines or prior infection.

The presence of the variants, combined with the sluggish pace of vaccinations due to supply constraints, have some expressing fears of a potential “fourth wave” of new cases. 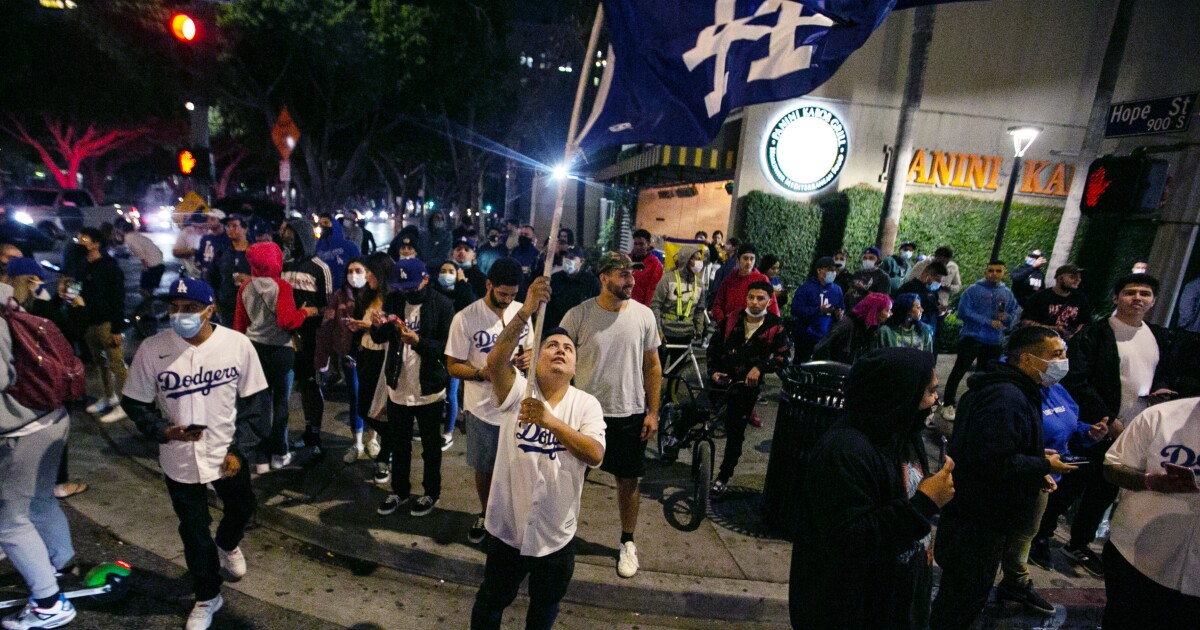 California’s next COVID-19 peril: Super Bowl as superspreader event. Can we learn from past? 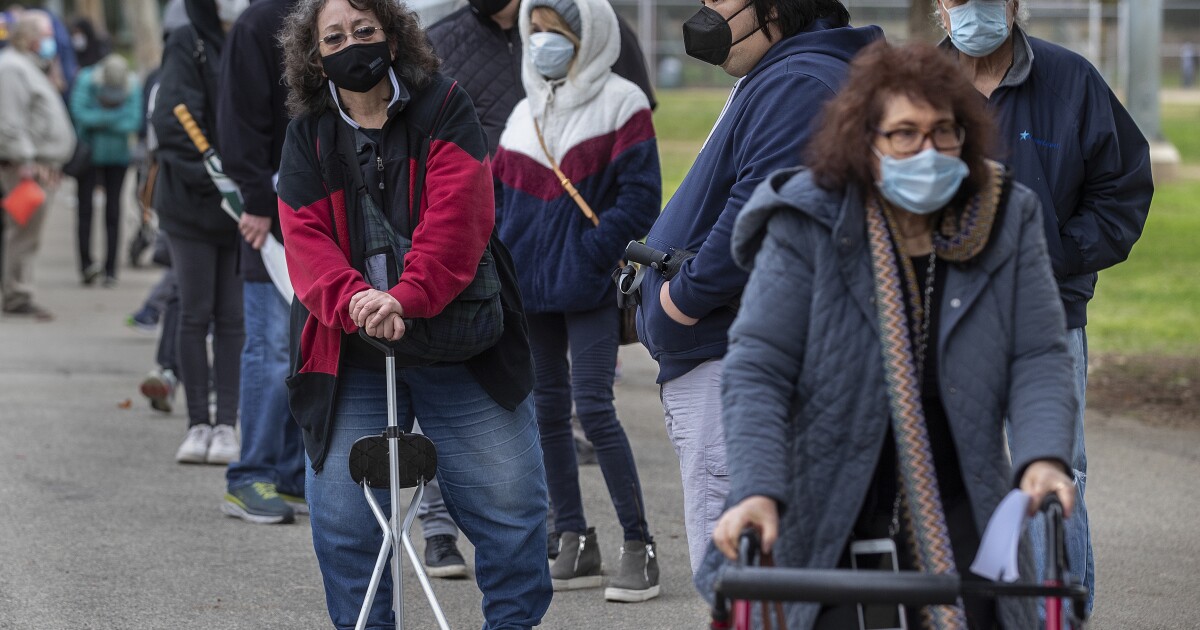 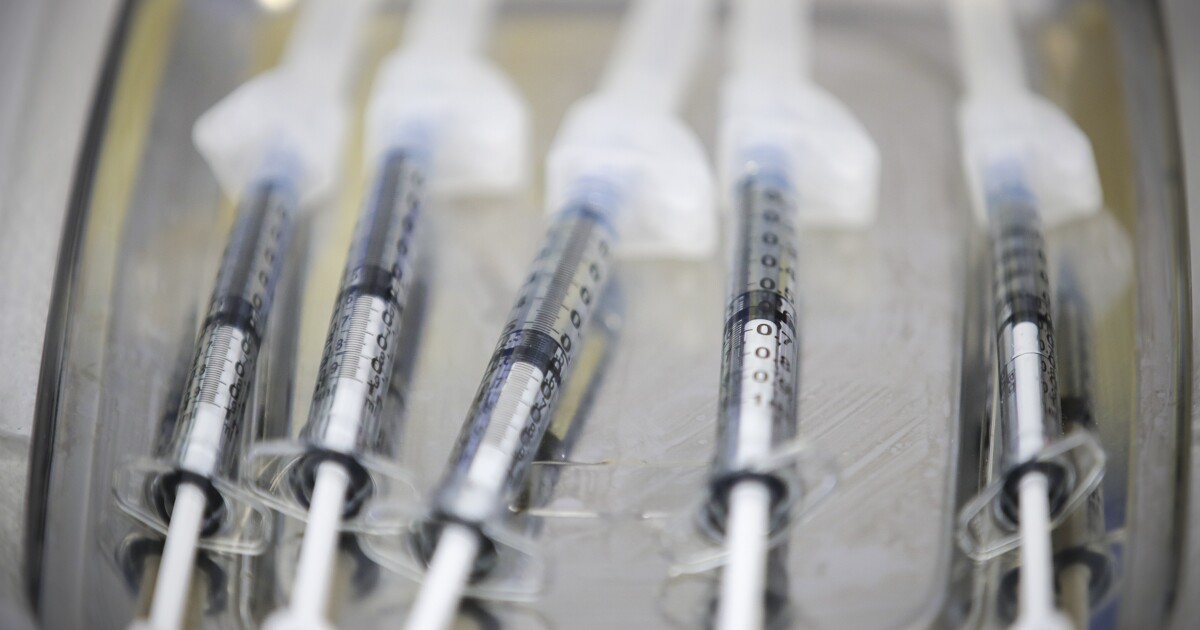 Amid Johnson & Johnson concerns, L.A. opens COVID-19 vaccines to residents 16 and up