Moving into the yellow tier clears the way for the nation’s most populous county to unshackle its economy to the widest extent currently possible, meaning a swath of businesses and venues — including gyms, movie theaters, amusement parks, stadiums and museums — can operate at higher capacity.

And some of the last indoor spaces that had yet to be cleared for reopening, including bars that don’t serve meals, saunas and steam rooms, will be able to do so starting later this week.

While the state’s tier assignments set the floor of what’s allowed, counties have the power to impose additional restrictions — something L.A. County has periodically done throughout the pandemic.

During a briefing Monday, though, Public Health Director Barbara Ferrer said the county would “be aligning fairly significantly with the direction the state is moving.”

“We’re just going to want to make sure that wherever you’re going, you can always keep distance of at least six feet from others, that everyone is always wearing their masks appropriately — with the exception of vaccinated people and a handful of … activities — and that infection control is still apparent everywhere that people are going to be where they’re intermingling,” she said. “So we still have to protect our workers. We still have to protect children.”

Ferrer said the county plans to issue a health officer order pertaining to the wider reopenings Wednesday that will go into effect Thursday.

What tier a county is placed in hinges on three metrics: its rate of new coronavirus cases, adjusted based on the number of tests performed; the rate at which conducted tests come back positive; and a health-equity metric applied to ensure that the positive test rate in poorer communities is not significantly higher than the county’s overall figure.

Counties must record two straight weeks of qualifying data to advance to a less restrictive tier and have to stay in a tier at least three weeks before moving again.

Reaching the yellow tier requires an adjusted daily new case rate of fewer than 2 per 100,000 people, overall test positivity of less than 2% and a health-equity positivity of below 2.2%.

L.A. County’s test positivity has been within the yellow range for about a month, but only last week did its adjusted case rate finally fall below the necessary threshold.

Even so, at 1.9, the county’s rate was just barely in the qualifying range — with even a slight regression threatening to delay its advancement.

But the county’s adjusted case rate instead fell further, to 1.6, according to state data released Tuesday.

“We’ve done a really decent job holding our own if you look at our case numbers,” Ferrer said. “And people are really invested, I think, at this point in seeing our recovery move forward.”

L.A. County is one of only seven counties to have climbed to the final rung of California’s reopening ladder.

Before this week, only four of the state’s 58 counties — Alpine, Sierra, Lassen and Mendocino — had made it that far.

But the yellow club has since almost doubled in size, with L.A., San Francisco and Trinity counties all advancing this week.

Thirty-nine counties are now in the orange tier, the second-most-lenient category of California’s four-tier color-coded reopening blueprint, and 12 counties are in the stricter red tier. No parts of the state are currently in the most restrictive purple tier.

California as a whole has seen a dramatic decline in coronavirus cases and hospitalizations in the aftermath of the fall-and-winter wave that wreaked havoc statewide.

Over the last week, the state has reported an average of 1,760 new cases per day, a 25% decrease from two weeks ago, according to data compiled by The Times.

The number of coronavirus-positive patients in California’s hospitals — which topped 21,000 at the peak of the surge — had fallen to 1,626 as of Sunday.

And the state has seen a similarly precipitous plunge in how many residents are paying the pandemic’s ultimate price. Over the last week, an average of 66 Californians have died from COVID-19 per day — a fraction of the hundreds-high daily tolls seen during the height of the last spike.

Public health officials and experts say California’s progress is proof of the power of the COVID-19 vaccines, which are now available to everyone 16 years and older.

Roughly half of all Californians, and 63% of adults, have received at least one vaccine dose to date, according to data from the Centers for Disease Control and Prevention.

However, only 32% of residents, and 41% of adults, are considered fully vaccinated — meaning they either received the single-shot Johnson & Johnson vaccine or both required doses of Pfizer-BioNTech or Moderna.

Officials have also seen the demand for shots tail off as of late.

“At this point, the goal is for us to make it as easy as possible for people to come in and feel comfortable getting their vaccine,” Ferrer said. 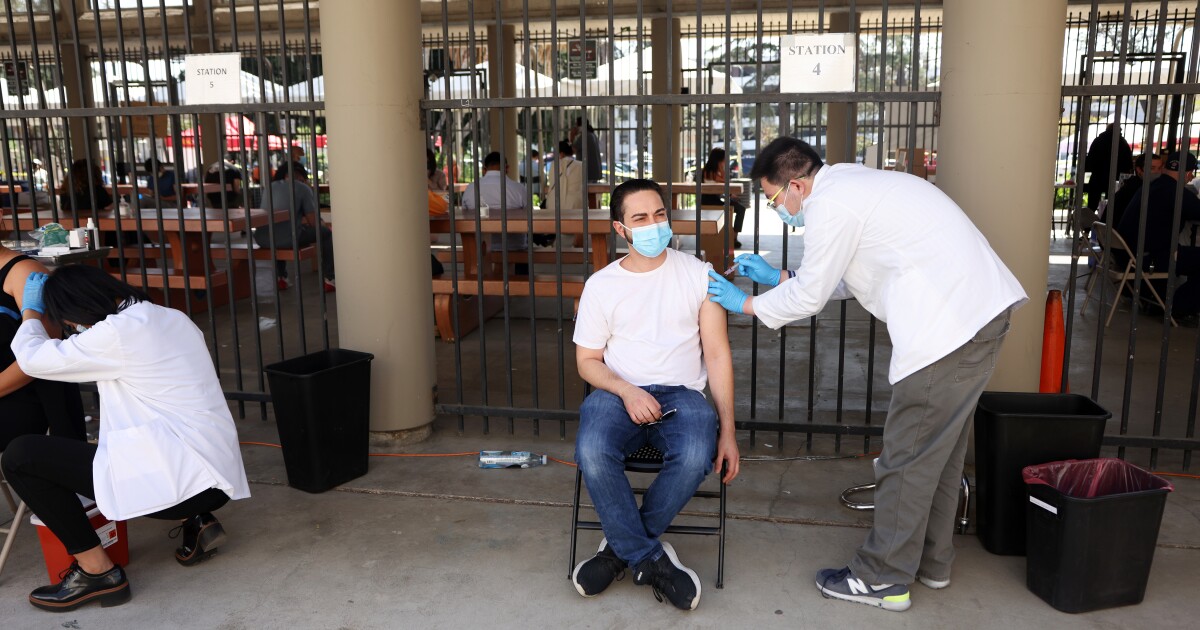 Here’s how Californians who aren’t vaccine-eligible are getting it anyway. Without cheating Letters to the Editor: How can Blue Shield possibly help California with vaccines? 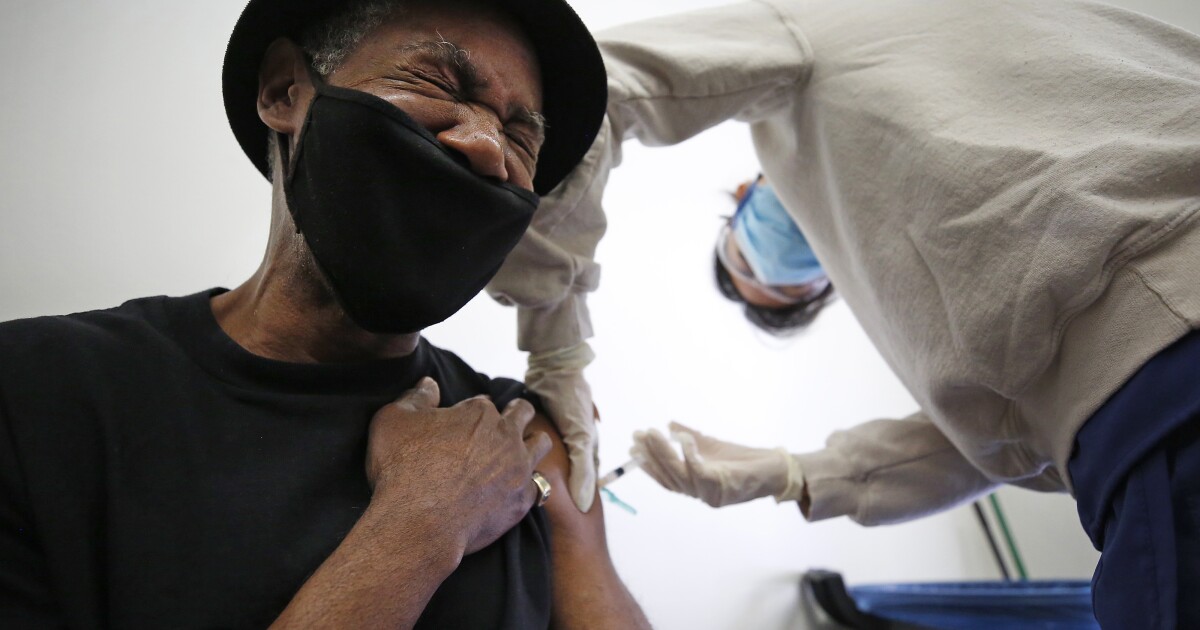