Despite a downward trend in COVID-19 cases and hospitalizations, as well as growing vaccinations in Los Angeles County, the disease killed more people in January than any other month of the pandemic, data from The Times tracker show.

And it’s not just Los Angeles that is seeing skyrocketing death tolls. California reported its largest number of deaths in January too: 14,940. Statewide totals since the start of the pandemic are nearing 41,000, signifying that at least 1 in every 1,000 Californians has been killed by COVID-19.

Currently, only about 2,700 deaths separate California and New York, where just over 43,600 people have died of the illness since the start of the pandemic, according to data from Johns Hopkins University. But New York saw its peak in April, while California is still reeling from a surge that began in late November.

Nationwide, the numbers are similarly grim: More than 95,000 people in the U.S. died from COVID-19 in January, surpassing December’s previous high of just over 77,000. More than 441,000 people have died nationwide since the first cases of COVID-19 were reported just over a year ago.

Yet Los Angeles County continues to bear the brunt of the pandemic’s impact. Of the 20 U.S. counties with the highest number of deaths, L.A. is No. 1, according to Johns Hopkins. A Times analysis found that in January, there were 63.5 deaths per 100,000 residents in L.A. County. Statewide, the rate was 38.2.

Contributing to that dismal data is the worrisome presence of the B 1.1.7 variant, which has kept the county on high alert. Officials with the L.A. County Department of Public Health on Saturday confirmed the second case of the U.K. variant, which, while not necessarily more deadly than other strains of the virus, is more transmissible.

“Because some sectors have reopened, it doesn’t mean that the risk for community transmission has gone away,” L.A. County Public Health director Dr. Barbara Ferrer said in a news release. “It hasn’t, and each of us needs to make very careful choices about what we do and how we do it. This virus is strong, and we are now concerned about variants and what these will mean in our region.”

Public health officials announced the first confirmed case of the U.K. COVID-19 variant in the county Jan. 16. Days later, a second, “homegrown” strain, B.1.426, was found to account for nearly a quarter of 4,500 viral samples gathered throughout California in the last weeks of 2020.

In addition, four new cases of multisystem inflammatory syndrome in children were reported by health officials Saturday, bringing the total cases of MIS-C in L.A. County to 66 children, including one death.

MISC-C is an inflammatory condition associated with COVID-19. Symptoms include a fever that doesn’t go away, and inflamed body parts including the heart, lungs, kidneys, brain, skin, eyes or gastrointestinal organs.

Latino children have accounted for nearly three-quarters of the reported MISC-C cases, furthering frightening levels of COVID-19-related illnesses among the county’s Latino population.

“There is deep sorrow, sadness and loss in our county as a result of COVID-19,” Ferrer said. “Although some restrictions were just lifted in our county, we are still in a very dangerous period in terms of cases, hospitalizations and deaths.”

Meanwhile, vaccination efforts continue in the county, despite a rocky start and an anti-vaccination demonstration that deterred operations at Dodger Stadium over the weekend. To date, more than 886,000 doses of the two types of coronavirus vaccines have been administered across the county, according to state data.

The county receives, on average, 150,000 doses each week, the public health department said, and second doses are currently being prioritized among the region’s residents.

Letters to the Editor: Why weren't the right-wing anti-vaxxers at Dodger Stadium arrested? 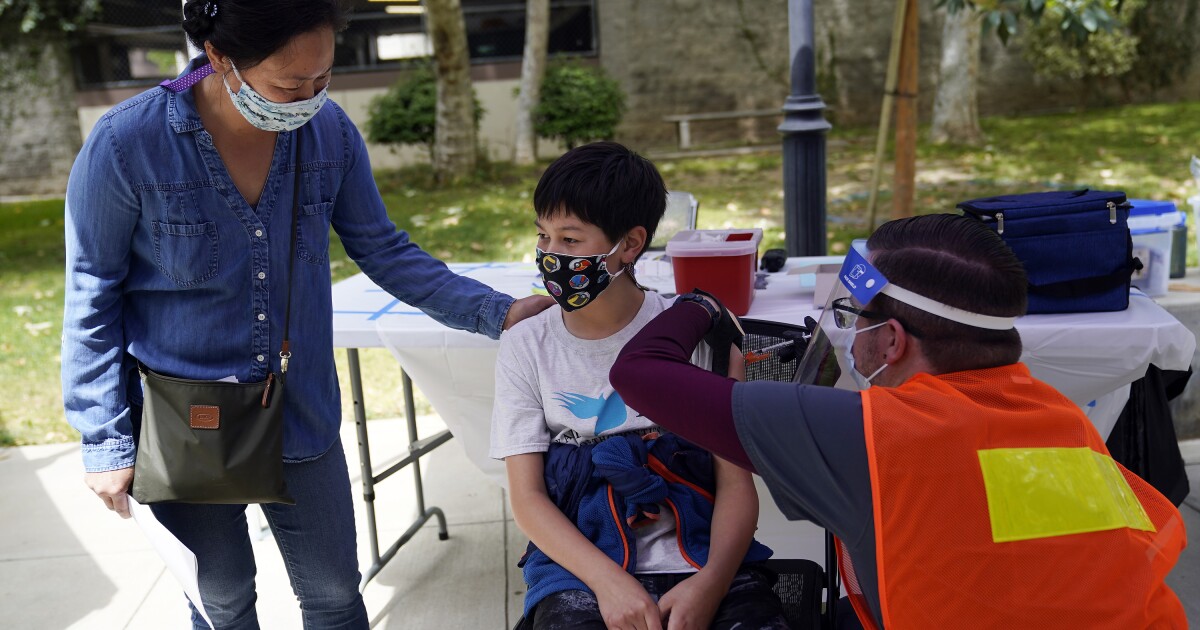 News Analysis: It’s harder to justify COVID vaccine for children if pandemic’s end is near 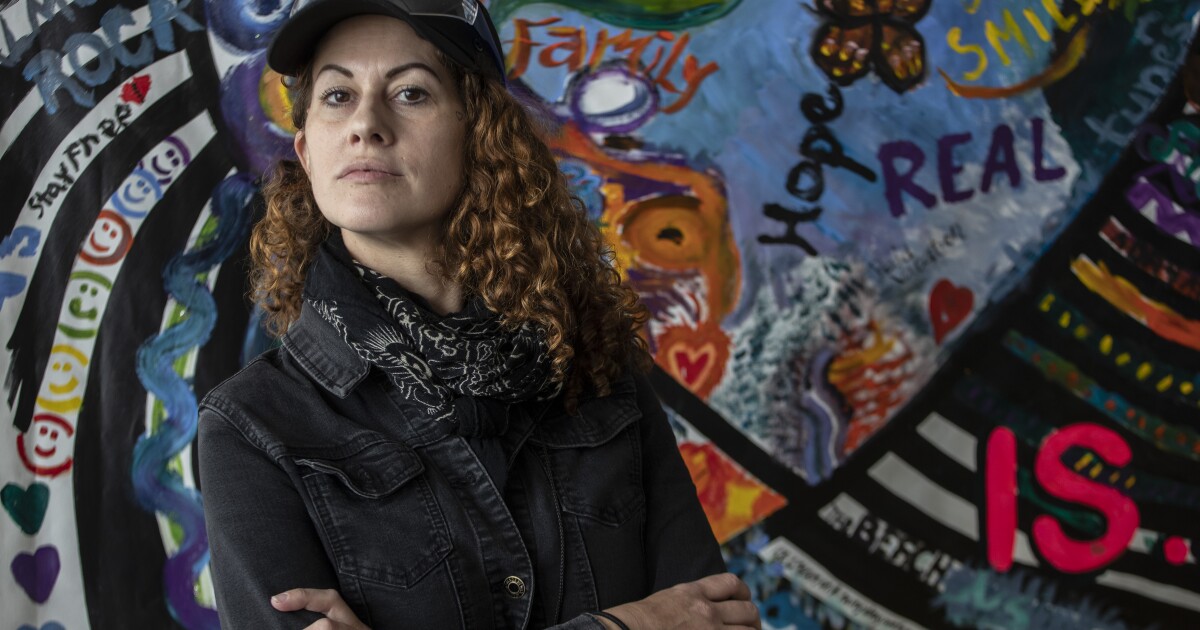 Sidewalk Project artists mask up and hit skid row. ‘Since COVID, we haven’t slowed down’ 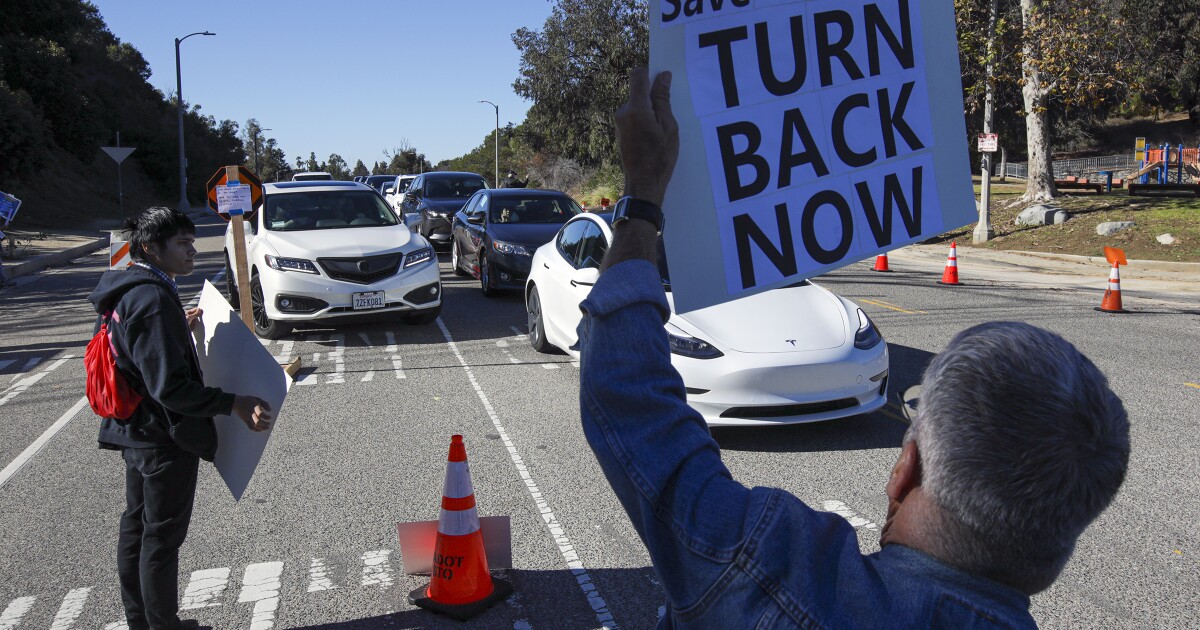 Opinion: Arrest or ignore them: What readers say about the Dodger Stadium anti-vaxxers 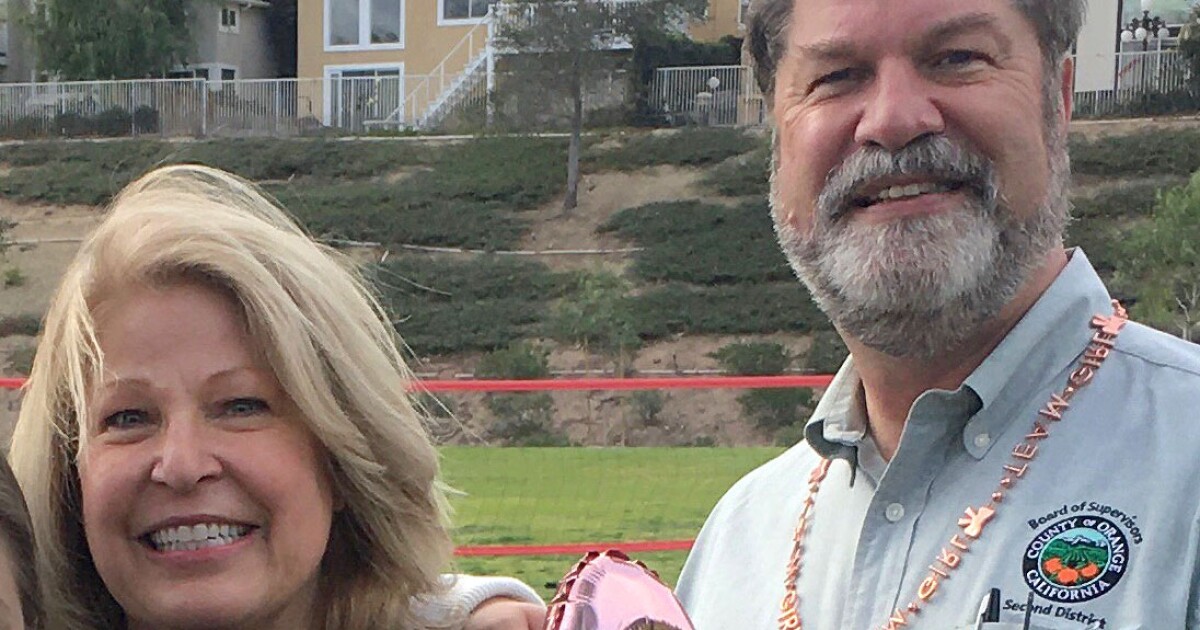 Moorlach campaign for O.C. supervisor paused after he, wife test positive for COVID-19