Corporations, community organizations and the Centers for Disease Control and Prevention said they plan to launch a sweeping ad campaign Thursday to encourage wavering Americans to get vaccinated against the coronavirus.

The ad industry says it is one of the largest public education efforts in U.S. history, with advertisements running on television, radio, websites and social media.

“This is not only the most important campaign of our generation, but it needs to be the largest, too,” said PJ Pereira, a co-founder of Pereira O’Dell, an ad agency that volunteered its services for the campaign.

The effort includes a website, GetVaccineAnwers.org, with answers to frequently asked vaccination questions.

Two vaccines so far have won approval from federal health authorities as safe and effective against the coronavirus, and a third vaccine may get the government’s nod in the coming days, raising optimism that something like an end to the pandemic may be coming into view in the U.S.

But some people remain on the fence about whether or how soon they’ll want a vaccine shot, even as many others are rushing to get vaccinated as soon as possible.

A CDC survey in December found that only about half of adults under age 65 said they were “absolutely certain” or “very likely” to vaccinated. Since then, surveys by the research firm Civiqs have found that much skepticism remains, with about 40 percent of Republicans saying they did not plan to get vaccine shots.

Experts have also warned for months that Black people and other people of color may need additional convincing to overcome mistrust that dates to past examples of mistreatment.

Organizers of the public service announcements said the goal was to listen to concerns and provide information for people to make informed choices.

The campaign is a project of the Ad Council, a nonprofit group associated with the advertising and media industries, and the COVID Collaborative, a group of experts from foundations, universities and businesses. NBCUniversal, which owns NBC News, is among the campaign’s 300-plus partners.

The effort is separate from an outreach campaign the Biden administration plans to announce next month with a similar goal: to vaccinate enough people to reach herd immunity and end the pandemic.

This ad campaign’s tag line — “It’s Up To You” — walks a tightrope between the choice people have about whether to get vaccinated and the responsibility they might feel to do so.

“The fact is, the vaccines are safe and effective. They’re going to save lives.”

An ad titled “How It Starts” shows black-and-white photos of people who appear deep in thought.

“You’ve got questions, and that’s normal,” the ad says. “The fact is, the vaccines are safe and effective. They’re going to save lives.”

Another ad focuses on members of a Black church, telling viewers, “Now it’s time to take the first step that lets us get back to spreading the word, without spreading concern.”

Lisa Sherman, CEO of the Ad Council, said in a statement that with wider acceptance of vaccination, “we can get back to the moments we all miss and save lives.” 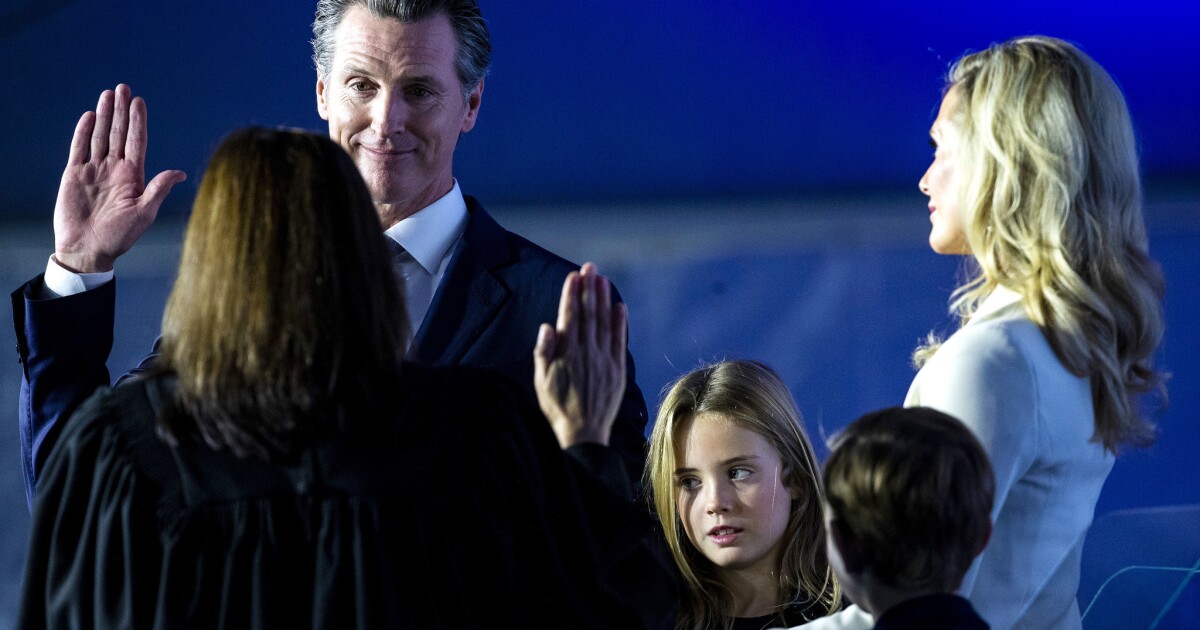 After two COVID-19 exposures, Newsom and his family will quarantine until Dec. 5