I’ve been on the hunt for joy lately. I’ll take any I can find right now.

With so many in our city and nation sick and suffering and struggling and sad, joy has seemed in far too short supply, even in what’s supposed to be the season for it.

So I was grateful for the chance this week to soak up the spirit of Steven Traylor, who, against all odds, finds his own joy and spreads it.

Each day, three times a day, Traylor puts on a Santa hat, grabs a tambourine and sets off from his apartment. Always eclectically dressed, maybe wearing a powder blue linen suit and a big beaded necklace and a long yellow scarf that flutters in the wind, he pulls a cart that holds a giant speaker with lights that flash red, green and blue. And as he blasts gospel and love songs and rap, this tall, skinny man prances and dances, skips and hops, twirls and struts in improbable moves that often seem entirely his own.

Down the sidewalks of downtown L.A., he vogues, and a fair share of people tune him out. But at bus stops and street corners and in busy intersections, in front of Grand Central Market, in the squalor of skid row, weary eyes — sometimes above masks — take him in and watch him spin and visibly brighten at the sight.

“Never once have I seen him upset,” said Markaisja Stance, a security guard outside a Rite-Aid on Broadway, who sees him dancing every day and says she feels cheered every time.

All of which I find especially moving given Traylor’s life and his circumstances, which he told me about when I went to meet him Tuesday outside his home on Main Street.

I’d come with photographer Mel Melcon, who first spotted and tagged along with Traylor on the street last week and then suggested that I talk to him.

Traylor, whose birthday was Sunday, spent a long time in and out of shelters and sleeping on the streets of this city, without a tent or a friend to lend him a hand. He got lucky. He got help.

A dedicated caseworker secured him permanent supportive housing. For half a dozen years now, he has had an apartment in a complex that offers him on-site support for his drug addiction and for the mental illness that he told me has dogged him since he was badly stabbed in one of many rough living situations years ago and left traumatized and hearing scary voices in his head and lost, with nowhere to lay his head but the pavement.

When I met him in the courtyard of the New Genesis Apartments two days after his birthday, he bounced down the stairs from his fourth-floor apartment beaming, carrying a still-boxed sheet cake that he’d held off cutting into in order to show it to us in all its perfection.

“Dec 13, 1960, Happy Birthday to Steven!” read the red icing on white. He told me he’d ordered it from Ralphs a week in advance and also bought a birthday card with the number 60 in silver glitter because “if I don’t do it myself, it would never get done.”

“I’m just thankful,” he said. “For being alive, still standing tall. I still have my limbs. Just to see 60, it’s a blessing.”

Traylor has rarely been able to depend on others for long, he said. His apartment at New Genesis — with its own kitchen and bathroom — is the first place he’s ever called his own. He pays rent with the Supplemental Security Income he receives.

“I’m just so proud of myself,” he told me. “I feel like a man should have his own castle.”

He grew up in L.A. living with his mother and sometimes her mother. His grandmother cleaned houses. His mother worked two jobs, at a hotel and at the post office. He was the eldest of 13 children — three sharing both of his parents. Most were step-siblings sharing a father, who he said was “a playboy” and did little if anything to raise him.

When he was with his mother, he said, they moved often, from one bad spot to the next. He cooked and cared for her younger kids. His mother came home worn and spent. He adored her, but she had little left over for him at the end of her long days.

He loved basketball and played on the B team at Fairfax High in the late 1970s, but his mother only once could make it to a game, he told me.

“You look out at the crowds. You don’t see nobody,” he said, his voice still cracking at the hurt of that four decades after the fact. He stuck through high school but didn’t graduate, he said. There was no one to help him keep on course.

Sometimes, Traylor gets caught in a scratched record, skipping back again and again to replay the things that went wrong in his life, the people who let him down, the wrong turns he made that bumped him off finishing school or working at warehouse jobs or having a big family that supports him.

He has a son, long ago lost to him, who wound up in foster care. He has siblings spread all over, most of whom he hasn’t seen in years. His pain runs deep.

But he’s made so much progress, said Maurice Gray, the licensed substance abuse counselor and case manager from Exodus Recovery who helped him off the streets and said he saw something special in Traylor from the start.

“From there, he’s been a happy-go-lucky guy,” he said.

When I asked Gray about Traylor’s dancing, I could hear the smile in his voice as he laughed.

“I’ve watched him bust a move so many times,” he told me. “That’s what I tell his peers, That’s what I love about him. He’s free as a bird, he just do what he want to do, he don’t bother nobody, just dance down the street.”

For his part, Traylor told me he likes to show a little style, coax a smile, bring a little brightness, for himself and for others.

“I see myself as a mellow, debonair sort of fellow,” he said. “I dance for me. It’s how I let my feelings out. And it’s good exercise. But I think I touch a lot of people in different ways.”

On Thursday, when he and I hit the streets for another spin, he handed me a matching Santa hat to wear as I followed in his wake.

I saw him make people laugh outside a boarded-up store on Broadway. I saw a woman join him dancing past a cart grilling onions and hot dogs on Los Angeles Street. On 6th Street, as his family was shopping for sweatshirts at a street stall, a young boy wearing a handmade RIP T-shirt featuring a photo of a man with a mask hanging below his chin quietly took Traylor in and moved his sneakers to his music.

I saw a couple of people hand Traylor $1 bills though he didn’t go asking for them.

“They feel the spirit. They come and bless me,” he said. “I’m doing this for my own enjoyment. But I’m also changing other people’s moods.”

And I had to agree.

I was having a rough week. I’d just lost a neighbor I loved quickly to cancer. I’d come to Traylor feeling tired and sad.

And in my Santa hat, watching him dance, I’d let go and for a moment found just what I needed. 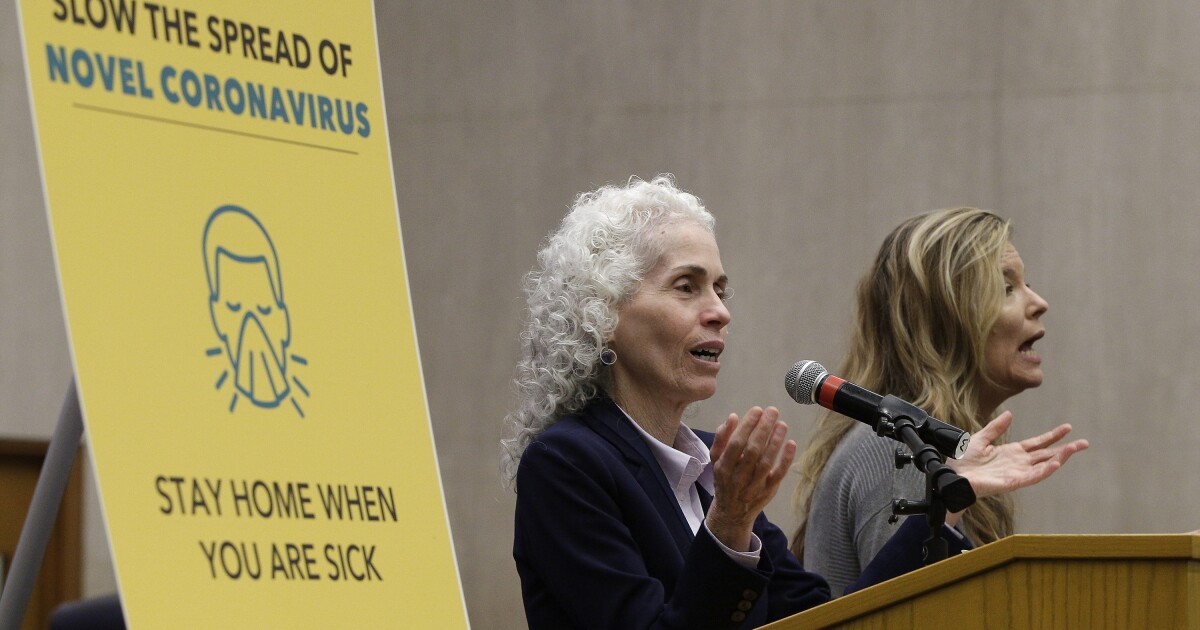 Flu season is coming fast and could be miserable, studies warn 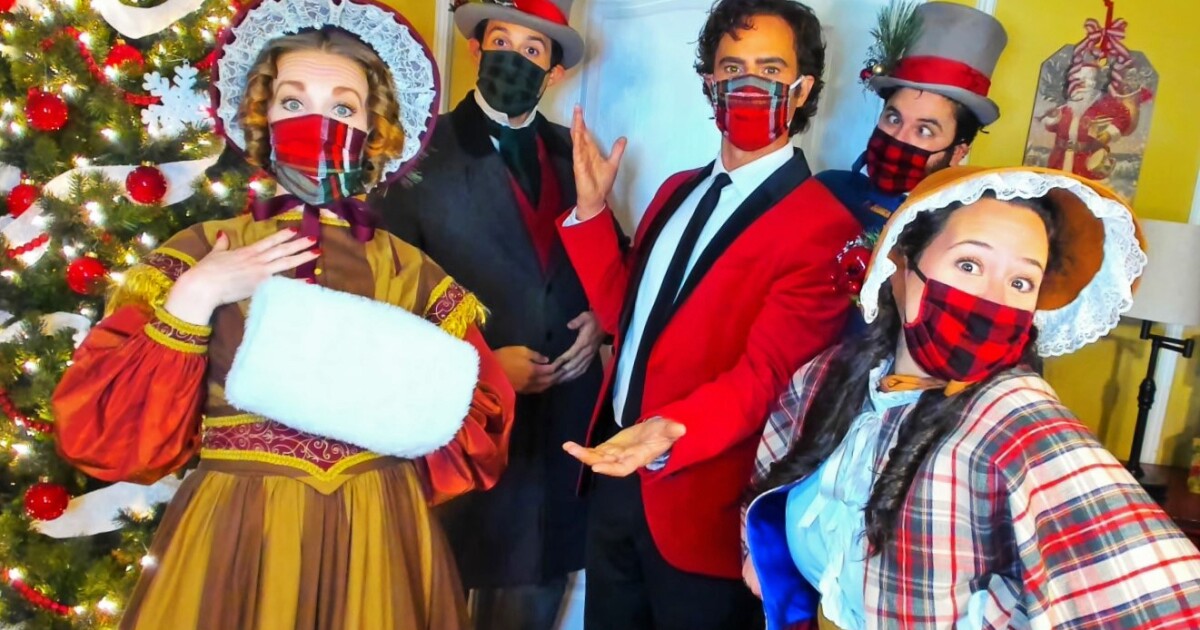 Over 760,000 pounds of Hot Pockets recalled, may contain ‘pieces of glass and plastic’