In her music video “Songs to the Dark Virgin,” bass-baritone Derrell Acon transforms into a character inspired by “Noir.” Opening in soft focus, Acon adorns his body in a chunky diamond necklace, gray fabric and a red do-rag, moving gently as he sings the 1941 work composed by Florence Price, with text from Langston Hughes’ poem of the same name.

“We discussed themes of fluidity and representing the spectrum of masculinity,” Cisco said. “I was interpreting the do-rag as that ‘silken garment’ Langston Hughes mentions.”

That interpretation of Price’s and Hughes’ work is part of “Breathing Free,” a 45-minute visual album by Heartbeat Opera that showcases Black performers, composers and writers, weaving music from Beethoven’s “Fidelio,” Negro spirituals, and works from Price, Harry T. Burleigh and Anthony Davis. Another the nine “Breathing Free” videos, “Lovely Dark and Lonely One,” the 1935 work composed by Burleigh and written by Hughes, shows tenor Curtis Bannister’s moment of quiet revelation in his bathroom mirror, a scene juxtaposed with dancing in front of Lake Michigan at sunrise.

The Broad Stage in Santa Monica will stream the West Coast premiere of “Breathing Free” on Wednesday and Saturday. It’s another project by the New York-based Heartbeat Opera to make the art form accessible and relevant, said director Ethan Heard, who co-founded the company.

In 2018, Heartbeat Opera premiered “Fidelio,” which re-imagines the Beethoven rescue story in a contemporary American prison as a woman attempts to find her wrongfully incarcerated husband, a Black Lives Matter activist. The production included a collaboration with 100 incarcerated singers in six Midwestern prison choirs.

The company planned to restage “Fidelio” in early 2020 at the Broad Stage and at the Metropolitan Museum of Art in New York when the pandemic hit and George Floyd was killed, setting off global uprisings and a racial reckoning within the arts. “We really thought deeply, long and hard about how to respond,” Heard said.

Over its first six seasons, Heartbeat Opera had produced works from only white composers and librettists including Verdi’s “Macbeth” and Mozart’s “Don Giovanni.”

“We wanted to get to know the Black composers and librettists of yesteryear and today. And so we went about talking to our Black alumni, our Black friends, our Black colleagues, asking them for recommendations and ideas,” Heard said.

The company decided to create a song cycle, mixing “Fidelio” with Black works. “The idea of a visual album came out of imagining these different songs next to one another, resonating with each other,” Heard said.

As a newcomer to opera, working on “Breathing Free” was a learning opportunity for Cisco, a chance “to tap into some of the lyrics that were part of the repertoire, get in touch with some of the historical components of opera, and the parallels between classical Hollywood cinema and classical opera.”

In addition to “Noir,” Cisco found inspiration and visual references to develop the cinematic look in “Breathing Free” from other contemporary and historical works from Black directors, including Barry Jenkins’ “Moonlight,” Ava DuVernay’s “Selma,” Solange’s “Binz” music video and cinema from the L.A. Rebellion film movement that began in the late 1960s. As a filmmaker, her goal is always to “make sure I’m showcasing Black artists in the best possible way,” she said.

“Breathing Free” was filmed over about five production days in 20 locations across L.A., New York and Chicago, based on where the performers lived. Cisco worked remotely with L.A.-based director of photography Kathryn Boyd-Batstone to develop a shot list and capture Acon in his home. Cisco formed a COVID-19 pod with a small crew, shooting first in New York and then driving to film in Chicago.

Acon’s garage was the location for an excerpt from Anthony Davis’ 1986 work, “X: The Life and Times of Malcolm X.” The video is intercut with krumper Brian “HallowDreamz” Henry and contemporary dancer Randy Castillo doing two Black historical social dances, the cakewalk and the jitterbug, in front of a courthouse in Manhattan as Acon sings, “you can jitterbug and prance, but you’ll never run the ball.”

Dance is a constant presence throughout the film, the improvised and choreographed movements performed by Castillo, Henry and Tamrin Goldberg a way to “physicalize and manifest freedom, and manifest resistance and protest,” Heard said.

“Breathing Free” also features footage from “Fidelio” prison choir rehearsals in 2018. Although the programs are currently suspended because of the pandemic, Heard has been able to stay in touch with some of the incarcerated performers, sharing news of “Breathing Free” and videos of the “Fidelio” production.

The Broad Stage’s “Breathing Free” live stream will include a panel discussion about art in prisons and another focused on California’s recently passed Proposition 17, which restored the vote to parolees in the state.

For Cisco, working on the project has been a way to feel more deeply connected to a historically exclusionary art form. She hopes “Breathing Free,” a film that puts a different spin on opera, will help more Black people “want to also claim opera as theirs.”

To Heard, “Breathing Free” is a form of protest and celebration. “It’s a fight for survival. It’s a rallying cry that says, look, Black artists matter. Black Lives Matter. We can make art and opera during a pandemic, during a really scary election year.”

Where: streamed through the Broad Stage

When: 7 p.m. Wednesday and Saturday

Tickets: Start at $10, pay what you wish 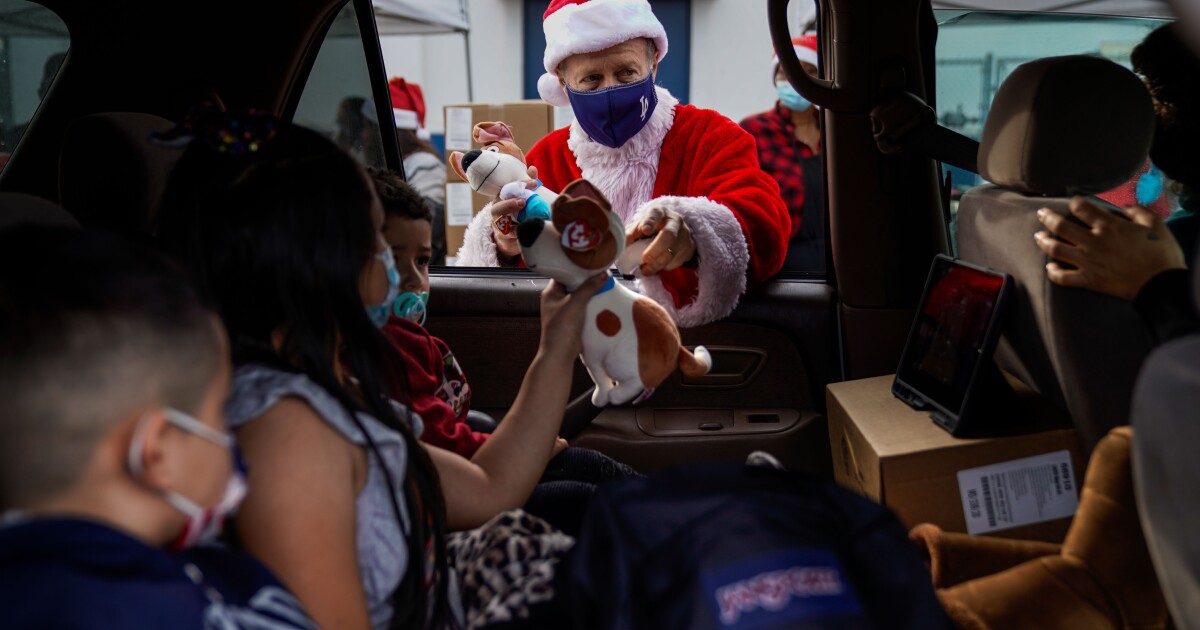 Big federal COVID-relief payout expected for LAUSD, but is it enough? Grass-roots groups are helping the homebound get vaccines. They’re racing against the clock 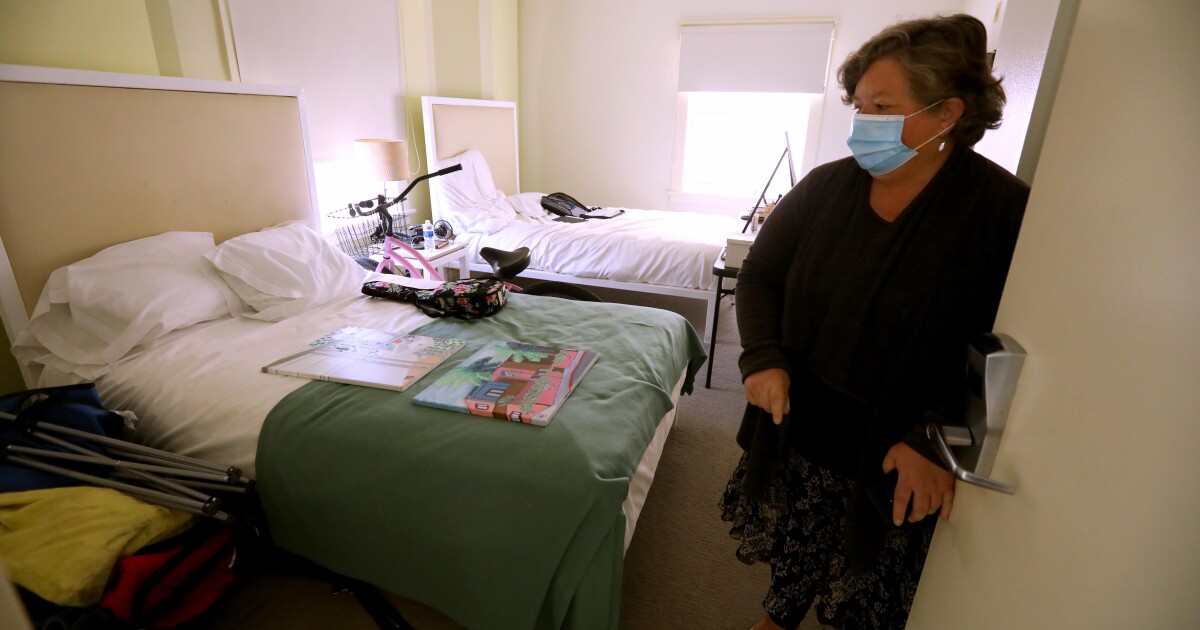 L.A. is entitled to federal aid to put homeless people in hotels. It hasn’t asked for any Heart problems may be rare in pro athletes after Covid-19