But there’s one group whose members are far more skeptical about the vaccine — and in some cases are actively refusing to get jabbed at all.

In a recent NPR/PBS/Marist survey, fully 49% of Republican men said they do not plan to get vaccinated — a higher share of refusers than any other demographic group. Among Democratic men, the number saying no was only 6%.

The finding, which has been confirmed in other polls, has confounded public health professionals.

“We’ve never seen an epidemic that was polarized politically before,” Robert J. Blendon, a health policy scholar at Harvard, told me.

For months, Blendon and his colleagues expected “vaccine hesitancy” to be a problem mainly among African Americans, whose history has been marked by neglect and abuse by medical authorities. But Black Americans, after some initial hesitance, now say they want the vaccine at the same rate that white people do.

Republicans, on the other hand, have become more resistant — especially since a Democrat became president.

Many tell pollsters they’re worried that the vaccine might not be safe. Such fears have been fed by Fox News, whose star polemicist Tucker Carlson has frequently accused authorities of “lying” about the vaccine’s safety and effectiveness.

Blendon said he expects many of those Republican skeptics to come around once they see friends and relatives get immunized without ill effects.

“We have to find a way to depoliticize this issue,” he said. “Instead of hearing Joe Biden or Tony Fauci tell them to take the vaccine, they need to hear it from physicians in their own states — people who have never worked in Washington.”

But some GOP politicians have decided to make resistance part of their political brand. As many as half of the 211 Republicans in the House of Representatives have refused to get vaccinated. So have at least four GOP senators.

A few, like Sen. Rand Paul of Kentucky, have asserted that they don’t need an injection because they contracted COVID-19 the natural way. (Scientists disagree, recommending that COVID survivors like Paul get booster shots.)

In perhaps the least devastating insult of the year so far, Paul dismissed Fauci last week as “a government worrywart.”

Others, like freshman Rep. Madison Cawthorn of North Carolina, have defended the right not to be immunized as an exercise in individual freedom.

But there’s a flaw in that argument: The hazards of refusing the vaccine don’t confine themselves to the individual refuser. Vaccine resisters are putting the rest of us in danger, too.

Unvaccinated people who contract COVID-19, even if they don’t become seriously ill, can pass the virus to family and friends.

And resisters are making it harder to achieve “herd immunity,” the point at which the virus can no longer find new hosts to infect. That’s when the pandemic will come to an end.

Herd immunity against the coronavirus will require between 70% and 85% of the population to be vaccinated, Fauci estimates. It’s a new disease, so nobody knows the precise level, and new variants of the virus could push the number higher.

“If a significant number of people do not get vaccinated, that would delay where we would get to that endpoint,” Fauci warned recently.

And the longer it takes, the more people will get sick.

Paul, Cawthorn and their colleagues are casting themselves as courageous individualists. In fact, they’re acting as epidemiological moochers. They’re free riders, relying on the rest of us to protect them by helping the country reach herd immunity.

Their relatives and friends, especially those 65 or older, should give them a wide berth. And their voters should treat them as what they are: dangerous to the health of their communities. 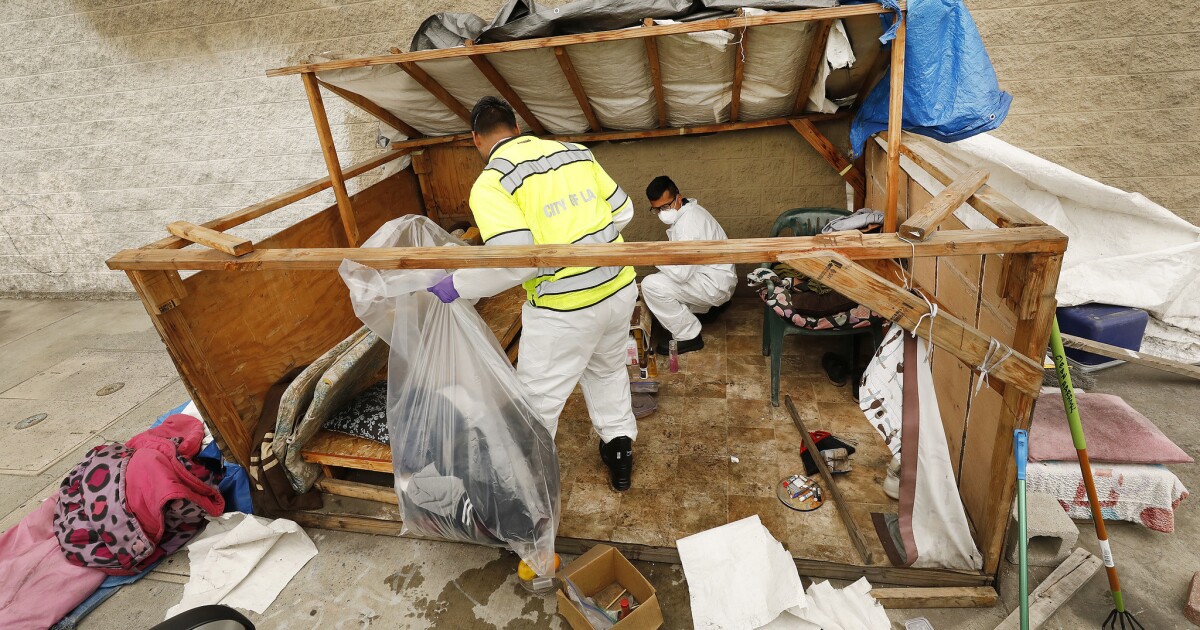