President Biden’s new coronavirus vaccination mandate requires all federal workers and contractors, including all healthcare workers in the nation, to receive their shots or lose their jobs.

But administration officials said last week that the new federal vaccination program would allow anyone to request an exemption on “narrow” religious grounds or if they had a qualifying disability, loopholes that are similar in California, which announced a vaccination mandate for healthcare workers on Aug. 5 that takes effect Sept. 30.

Sharp HealthCare, San Diego’s largest health system, reported that it had received more than 700 religious exemption requests, with UC San Diego Health receiving 610 and Scripps Health more than 400. Those numbers represent about 3% of each organization’s total workforce, which ranges from about 16,000 to about 22,000 workers.

Kaiser Permanente San Diego and Rady Children’s Hospital in San Diego did not indicate how many of its employees had filled out exemption forms, but Palomar Health in north San Diego County said it had received only 22.

Dr. Ghazala Sharieff, corporate senior vice president and chief medical officer at Scripps, said concerns around stem cells and vaccine development had been the most commonly cited reason for a religious exemption.

“We’re also getting our share of people saying ‘my body is my temple,’” Sharieff said.

“I’d say 90-plus percent of our religious exemptions are citing Christian reasons around the stem cells,” McClain said. “The rest are along the lines of, ‘I’m in control of my body.’”

Malia Wylie, a medical assistant in the orthopedics department of a large San Diego County medical provider that she declined to name, said she recently had received a religious exemption, though getting approval required her to be persistent.

“In my religion, what my conscience tells me is to go forth the way I would like to have my body as a temple,” she said. “I don’t believe in the fetal cells that they have made these vaccines with.

“The ingredients, I don’t fall in line with them. The long-term side effects have yet to be determined.”

Scientists, though, have repeatedly indicated that long-term side effects are not generally associated with vaccines. Most appear within two months of administration.

As to the stem cell issue, a plethora of scientific sources from across the globe say the same thing: Yes, stem cells derived from elective abortions in the 1960s and 1970s were used in “proof of concept” research early on in the research process for the Pfizer and Moderna mRNA vaccines, but they do not themselves contain any stem cell material.

Cells collected decades ago can be cultured, allowing them to continue growing indefinitely, providing a source of human cells that is used throughout biomedical research. The cells in use today, though, are many generations removed from those that were originally obtained after elective abortions.

After considering the evidence, and studying the vaccines in detail, the Vatican said in a statement on Dec. 17, 2020, that “all vaccinations recognized as clinically safe and effective can be used in good conscience with the certain knowledge that the use of such vaccines does not constitute formal cooperation with the abortion from which the cells used in production of the vaccines derive.”

The Ethics and Religious Liberty Commission of the United States Southern Baptist Convention made a similar statement on Dec. 15, 2020.

Wylie said she was a nondenominational Christian, adding that her church, which she declined to name but said she attended regularly, supports her choice to file for and receive an exemption.

Healthcare providers are now put in the position of deciding whether to grant such requests.

It’s an adjudication, Sharieff said, that has no clear rules. How does a company whose mission is healing its patients confidently judge whose professed religious reservations are sincere and whose are not?

“We are going to need some clarification from the state on how to handle this situation, but we have not received any yet,” Sharieff said.

McClain said he was not holding out hope of receiving marching orders from regulators, and that likely means that many religious exemption requests will simply be approved.

“It will likely be us making the decision based on what’s presented to us,” he said, “and it’s going to be hard for us to get in the way of someone’s professed religious belief.”

The state mandate requires those in healthcare who are granted exemptions to undergo coronavirus testing twice per week if they work in clinical roles and to wear masks.

Asked whether such guidance will be forthcoming, the California Department of Public Health said in a statement that it had no plans to further clarify what constituted a valid religious exemption, noting that the state’s order “does not limit employers from imposing stricter requirements.”

The California Hospital Assn. states in an email that although the religious exemption requests are likely “happening across the state,” the organization does not have “any data or insights on the matter.”

It is not at all clear that California hospitals can afford to deny exemption requests even if they see clear reason to do so. All are currently caught up in staffing shortages driven by pandemic fatigue, a surge in demand for services and the recent migration of the nation’s temporary healthcare workforce to Southern states where the COVID-19 pandemic has been more fierce.

Medical exemption requests are also a valid reason to remain unvaccinated, though there can be more hard-and-fast science-based reasons around which conditions qualify.

Sharp, McClain said, has received 100 medical exemption requests in addition to the 700 based on religious beliefs. But campaigns to get employees vaccinated have simultaneously been relatively successful, pushing the organization’s overall vaccination rate from 80% to 88%.

The truly worrisome group, he added, are the roughly 1,300 employees who have not yet proved that they are vaccinated and who have not filed for any sort of exemption. After Sept. 30, he said, the state mandate will require those employees, who work in clinical and non-clinical roles, to be put on unpaid administrative leave.

They would have a month to get vaccinated before suffering the ultimate career consequence.

“Based on the state’s orders, after that, their employment will be terminated,” McClain said. “That will be a difficult situation for sure because we are already at a difficult point with staffing in a lot of different ways.” 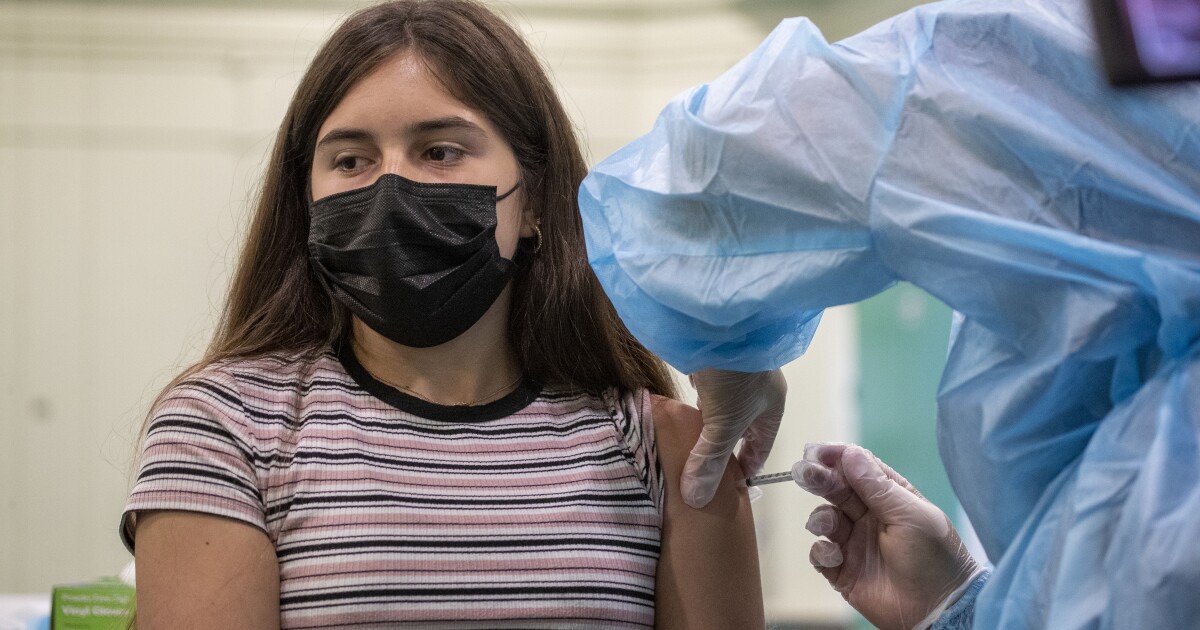 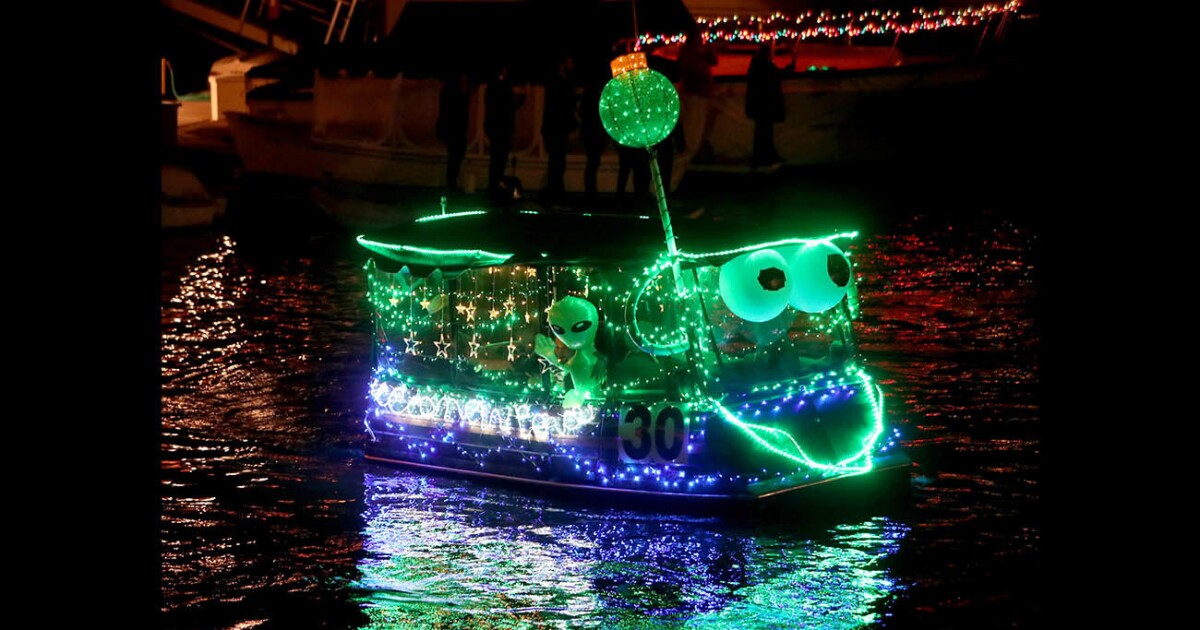 Huntington Harbour Boat Parade a go, but traveling to see it is discouraged 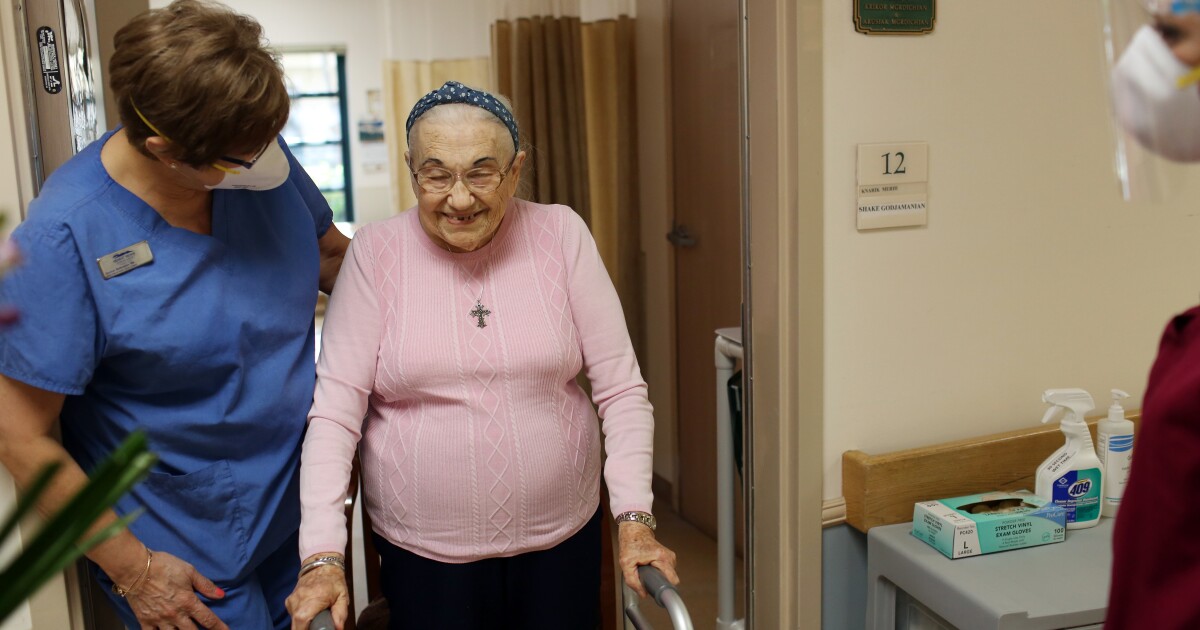 COVID-19 vaccines may not work on nursing home patients. Why do they get first dibs?