A father and son from San Jose have been indicted on charges of leading an organization that trafficked in methamphetamine, heroin and high-powered weapons on both sides of the U.S.-Mexican border.

David Campoy, 46, and Jose Melchor Campoy, 21, were charged alongside a dozen others in a 23-count indictment filed in San Jose’s federal court and made public Thursday.

David Anderson, the U.S. attorney for the Northern District of California, said at a media briefing Thursday that the case offers “insight into the entire ecosystem of narcotics trafficking in Northern California, from procurement to transportation to midlevel distribution, all the way down to sales at street level.”

Prosecutors charged that the Campoy ring obtained methamphetamine and heroin from the Sinaloa cartel, working through an intermediary known only to the authorities as “Lamberto” and “El Tomate.”

David Campoy has pleaded not guilty and Jose Campoy has yet to enter a plea. Attorneys for Campoy and his son didn’t return requests for comment.

The indictment contains excerpts of conversations intercepted by court-authorized wiretaps, including discussions of supply chain issues caused by the COVID-19 pandemic and a resulting shortage of methamphetamine in California.

“No more ice,” David Campoy told an associate, using a slang term for the drug, according to the indictment.

“Everything to make it, they bring it from China,” he explained.

Law enforcement officials say much of the methamphetamine consumed in the United States is synthesized in large, clandestine labs in Mexico from chemical precursors manufactured in China.

“Because of the, because of the coronavirus,” Campoy said, “no ships could come to Mexico for the next three months.”

“I don’t know how, how expensive it’s gonna get,” he allegedly said, “but every week it’s gonna go up.”

Just how expensive methamphetamine became was the substance of another intercepted conversation between Campoy and a codefendant, Ignacio Espinoza, as described in the indictment.

Campoy asked: “Did you hear about what happened?”

“That ice is expensive now.”

Campoy told Espinoza that an unspecified quantity of methamphetamine was going for $2,800 in Los Angeles and $3,000 in San Jose, according to the indictment.

At the pandemic’s onset, the top drug enforcement official in Los Angeles told The Times that the wholesale price of methamphetamine had doubled in price from $900 to $1,800 a pound. Accordingly, one kilo — about 2.2 pounds — would cost slightly less than $4,000.

Campoy allegedly told Espinoza he’d been authorized to raise the price of methamphetamine in San Jose to “45 to five probably.”

“Hey, David,” Espinoza said, according to the indictment, “if you are already the, the, the ambassador here and if the price goes up…! You are going to be the super president!”

“You don’t, you don’t even know, bro,” Campoy replied, according to the indictment. “You do not even know, dude. We’re gonna be the super dupers.”

When Campoy was arrested Jan. 27 in Sunnyvale, agents seized 572 pounds of methamphetamine, according to the federal prosecutor’s office, which described the seizure as the largest of its kind by federal authorities in the state’s Northern District.

Campoy was also in possession of several firearms, including an unserialized AR-15, a shotgun and nine handguns, the indictment says.

Campoy is also charged in a conspiracy to traffic firearms. Prosecutors allege that he and others bought components for handguns, .50-caliber sniper rifles and grenade launchers under false names, then arranged to smuggle them across the Arizona border for sale on the black market in Mexico. 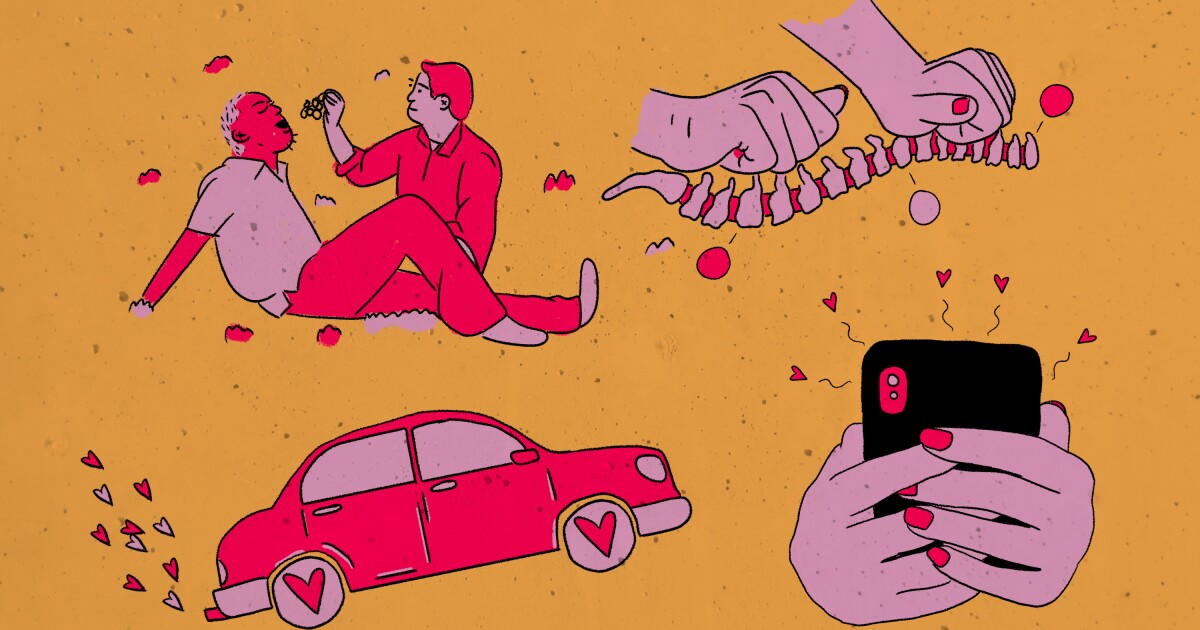 14 very L.A. ways to celebrate Valentine’s Day in a pandemic 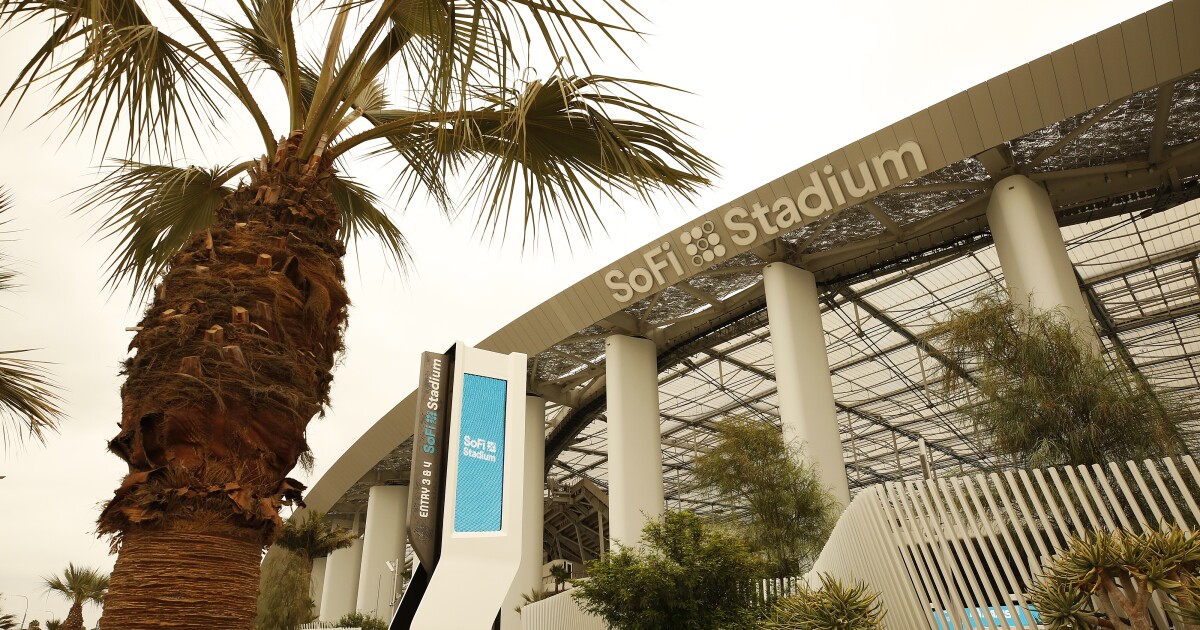 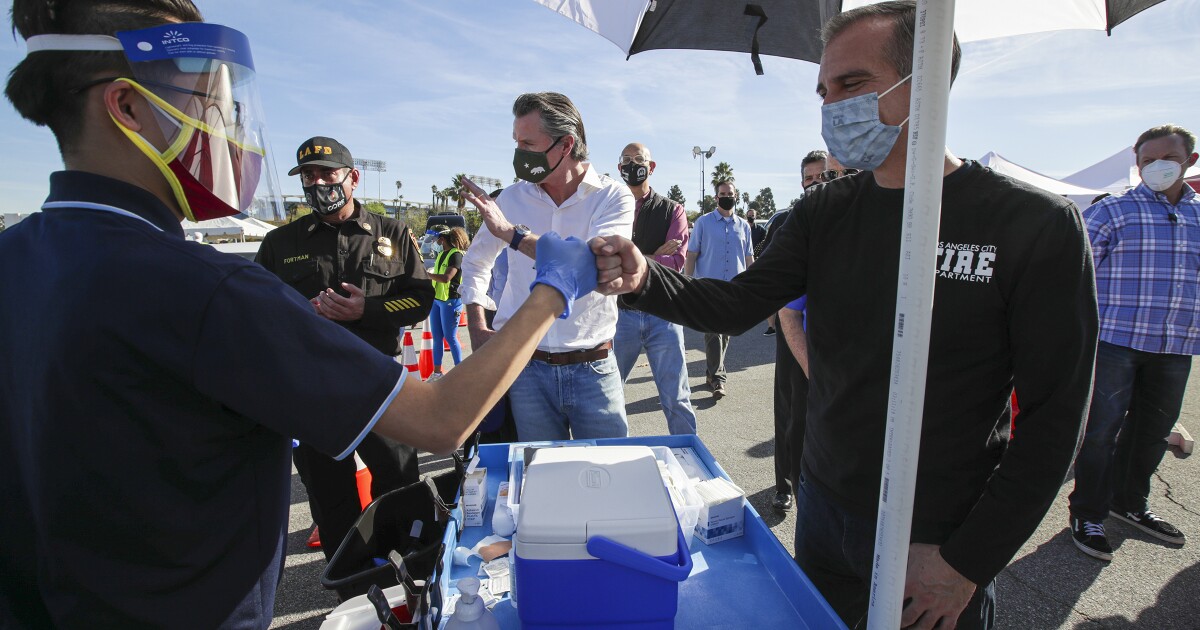 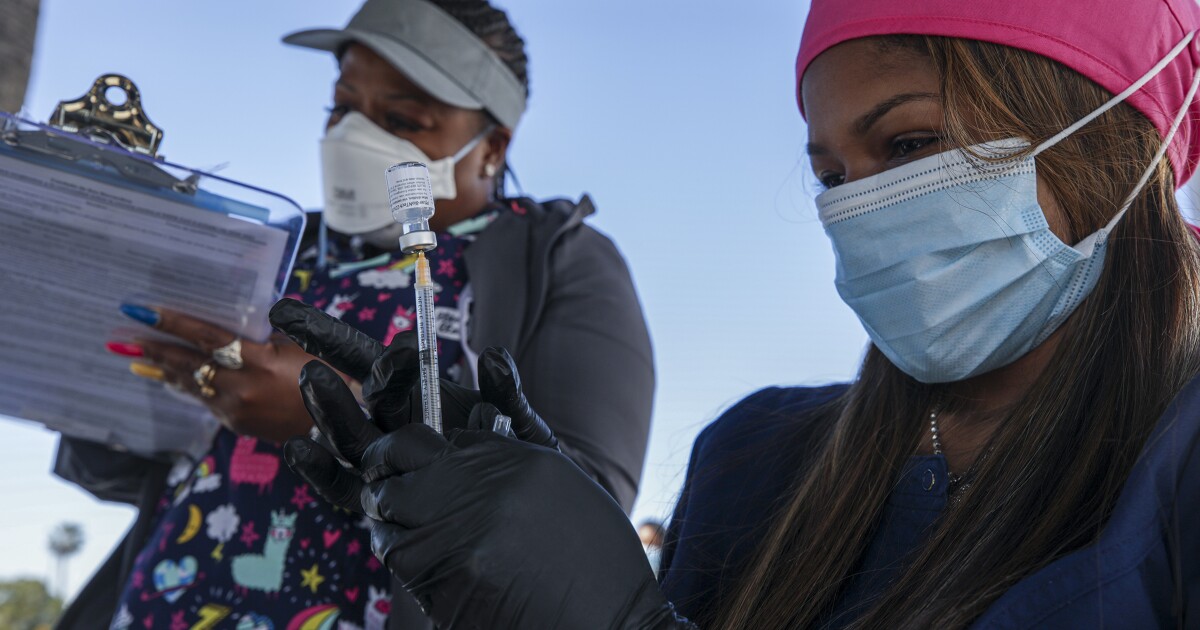 From across the U.S., these nurses traveled to save Californians ‘one vaccination at a time’