As soon as Justin Perez left the vaccination clinic, his phone buzzed with a text message.

A former co-worker had heard a hot rumor about a clinic where anyone, even young people like them, could get a COVID-19 vaccine. The clinic was in Bakersfield.

“I am in Bakersfield,” texted Perez, a 35-year-old video designer from Sherman Oaks, confirming the rumor. “I got injected 20 minutes ago.”

Cal State Bakersfield has been the go-to vaccination site for the young and the healthy from Los Angeles County for more than a week, ever since word spread that the facility had more doses than patients — thousands more — and no restrictions on age, eligibility or county of residency. Some vaccine seekers have been writers, engineers and Hollywood actors, who said the site was welcoming Angelenos with open arms.

Thousands of Southern California residents in recent days have headed over the Grapevine and into the Central Valley. By Monday night, “Bakersfield” was trending on Twitter, spurred by a wave of vaccine hunters who are young, healthy and have time to take a four-hour round-trip road trip. Though many will be eligible for the shot at home in a week or so, there’s no guarantee that appointments will be available right away.

Bakersfield’s open-door policy felt slightly surreal to some patients, especially compared to L.A. County’s busy, strict vaccine clinics. Some describe whirlwind days, waking up assuming they would have to wait weeks to get vaccinated, then, after seeing a stream of gleeful social media posts, deciding on a whim to drive up the 5 Freeway and getting the shot two hours later.

“The whole way there, and the whole way back, my friend and I were kind of in a daze,” said Julie Greiner, 25, a comedy writer from Glendale who got ice cream to celebrate her vaccination. “We were like, did this really happen?”

The site’s excess capacity is due at least in part to a relatively high rate of vaccine hesitancy in Kern County, including among evangelical Christians and low-income residents of color, according to officials at Kaiser Permanente, which is helping to run the clinic. Additionally, Kern skews young: About 11% of those in the county are 65 or older, meaning that many residents, perhaps the majority, became eligible for vaccination only in the last few weeks.

About 24% of people living in Kern County have received at least one dose, compared with 33% of residents statewide, according to the Los Angeles Times vaccine tracker.

Bakersfield officials say it’s true the site is vaccinating everyone 16 and older. But they stopped short of encouraging out-of-town visitors, cautioning that the clinic is meant to serve Kern County residents, and the appointment system is reserved for locals.

When officials were planning the site, the idea of people arriving from other counties “didn’t really cross our minds,” said David Womack, senior vice president of Kaiser Permanente in Kern County. But word spread quickly. By the third day, staff had noticed out-of-county visitors. Now, nurses are seeing “a few hundred” Southern California patients per day, he said.

“We have the capacity, we have the vaccine — it would be a crime to turn people away,” Womack said. “We want to get shots in arms.”

About two-thirds of patients do not have appointments, Womack said. The walk-in policy, a rarity for mega-sites, is designed to improve vaccine access for seniors and others who’ve struggled with the state’s appointment software.

The site’s popularity exploded last weekend, when actor Wil Wheaton, known for his role in “Star Trek: The Next Generation,” told his 1.1 million Instagram followers that he had visited. After he got a Pfizer-BioNTech jab, he wrote in a photo caption, he “cried a little bit” with relief.

“It’s so quick and easy, and you aren’t jumping the line or taking a jab away from someone,” Wheaton, 48, said. Once he arrived at the site, he said, the process took 40 minutes.

Womack cautioned that the clinic may start limiting walk-up appointments, or restricting them to certain hours of the day, because they significantly slow the check-in process. He added: “If the day comes when we have to do that, we just ask that people understand.”

Local officials are evaluating levels of vaccine hesitancy among Black residents, Latino immigrants and white evangelicals and how to address it, said Kristin Weber, Kaiser’s interim director of public affairs in Kern County. She said the county is working to make the shots available at churches, and community groups are spreading the word about the vaccine.

There are a few people who “believe some really weird stuff,” said Chris Lewis, a construction worker, as he ate a pulled-pork sandwich in his truck outside PorkChop & Bubba’s BBQ near Bakersfield High School. But mostly, he said, his co-workers seem open to the idea of getting vaccinated.

Lewis said he planned to get the shot sometime this year but isn’t in a hurry, since he recently had COVID-19.

At the campus vaccine site Tuesday morning, cars with license plate frames from dealerships in El Monte, Hollywood, Glendale, Alhambra, Carson and Santa Monica were dotted across the parking lot.

As patients walked out, workers in orange T-shirts whooped, applauded and cheered. One yelled, “Congratulations! Tell your friends!” to a couple wearing Dodgers hats as they walked back to their car holding hands.

After he got vaccinated Tuesday, Michael Vargas, 24, stopped for a selfie with a cardboard cutout of infectious disease expert Dr. Anthony Fauci outside the clinic exit, joking: “Is this to scale?”

Vargas, a Bakersfield resident who works in pest control, said he had become eligible recently but had been dreading trying to find an appointment. When a friend who attended Cal State Bakersfield told him he could get vaccinated by walking in, he decided to stop by. He was vaccinated less than an hour later.

The process was so easy that Vargas said he planned to encourage his friends and family to come.

Max Folkman, a 33-year-old writer of video games from West Hollywood, drove up early in the morning with his roommate after seeing success stories spreading on Twitter and Reddit. A few days earlier, a friend had pulled off the 5 Freeway during a drive to Seattle and gotten vaccinated.

Folkman was pleasantly surprised by how smoothly the vaccination went, he said — and when they walked back to the parking lot, past several workers who were cheering them on, they saw a heron standing next to their car.

Karla Hernández, 35, who lives in L.A.’s Koreatown, worried that Central Valley residents weren’t getting vaccinated because of misinformation spreading in the community.

She stopped at Los Reyes Market in South Bakersfield after getting vaccinated, before heading back to L.A. She talked to a few employees, asking if they knew about the campus site and reassuring them that the vaccine was safe.

“It’s concerning to me that not enough people from Bakersfield are going,” she said. Is your Covid vaccine site prepared for rare, life-threatening reactions? 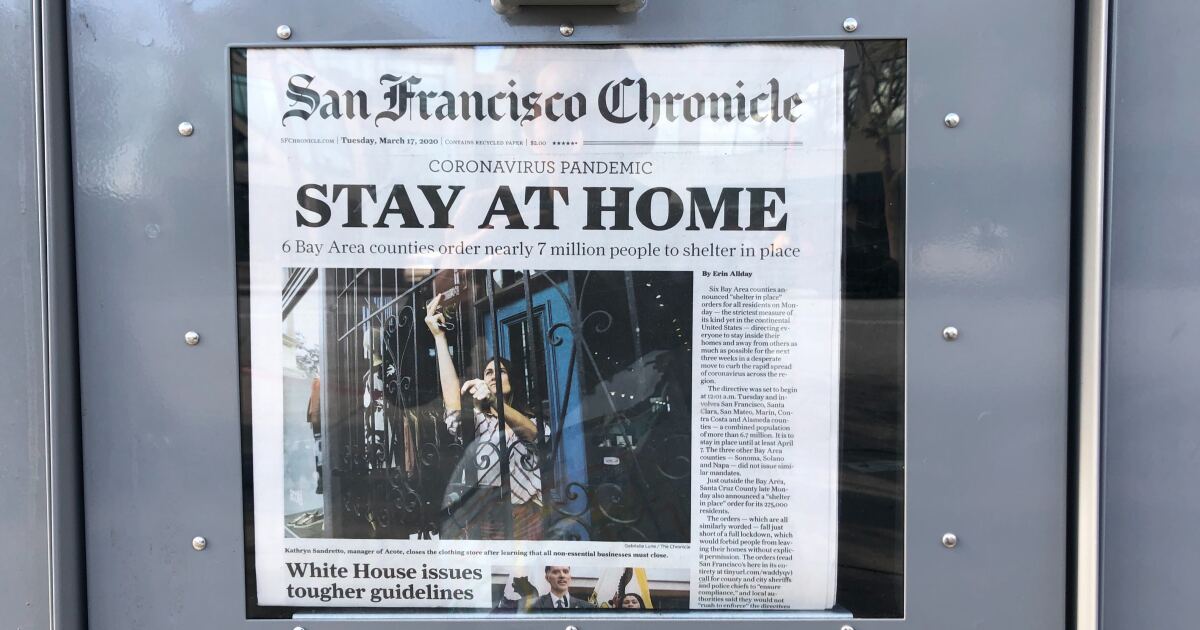 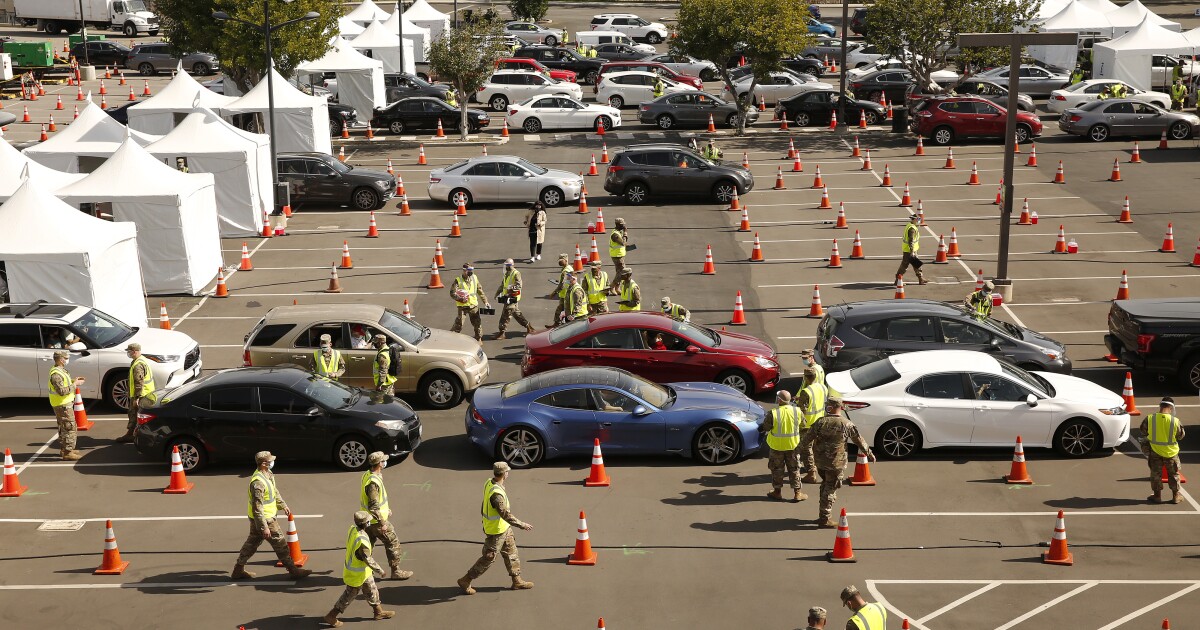 Editorial: The CDC director fears ‘impending doom.’ You should too