Senate Democratic leaders and President Biden have agreed to more narrowly target which Americans would be eligible for a $1,400 stimulus payment in the latest COVID-19 relief measure.

To ease the bill’s way with moderate Senate Democrats, the proposed new version allows single filers with annual income under $75,000 to receive the full amount, phasing it out entirely for those with incomes of $80,000 and higher.

Tens of millions of Americans are still expected to get a check, but fewer will receive one than under the version passed last week by the House. Under the House bill, payments phased out at $100,000 for individuals, $200,000 for couples and $150,000 for heads of households.

“I think it’s an appropriate way of bringing this to a successful conclusion,” Sen. Michael Bennet (D-Colo.) said.

Not every Democrat was immediately on board with the proposed change.

“People desperately need resources, and we need to get these checks out the door,” Sen. Maria Cantwell (D-Wash.) said. “I think the package as it was originally crafted is good to go.”

White House Press Secretary Jen Psaki said Wednesday that Biden also would have preferred the higher income threshold in the House bill, but understands that compromise is needed.

“He is hopeful this is a package that Democrats of all political backgrounds can get behind,” Psaki said.

Senate Democrats were expected to present their final version of the $1.9-trillion economic aid bill later Wednesday evening, but were still waiting on cost estimates needed before they could proceed. Presenting the bill to the Senate will kick off a marathon slog against Republican opposition to approve the bill and send it back to the House by next week.

Republicans appear resigned that they lack the votes to block the package, and are pledging to use every tactic at their disposal to delay it.

As part of the new proposal, Senate Democrats would maintain the $400 weekly federal unemployment supplement Biden requested and the House passed, rather than dropping it to $300, as some moderates requested.

The other most notable change from the House version will be removing language to raise the federal minimum wage to $15 an hour. Senate Parliamentarian Elizabeth MacDonough advised last week that because Democrats are using a special budget reconciliation process to move the bill quickly without Republican support, they cannot include policy changes, such as raising the national minimum wage.

Another option being considered was providing the expanded federal unemployment aid through September, rather than ending it in August.

The bill also includes billions of dollars for COVID-19 vaccines and coronavirus testing, as well as for schools and state and local governments; a quarter of a trillion in emergency jobless benefits; and targeted aid to the ailing restaurant and airline industries.

Republicans have called the bill too expensive and say it doesn’t spend enough on directly fighting the disease or reopening schools and businesses. They’ve lambasted the package for including Democratic priorities unrelated to the virus, such as transit projects in Silicon Valley and New York, and shoring up state and local government budgets.

Both transit projects were removed from the bill Tuesday evening.

Once the Senate moves to pass the bill, it triggers up to 20 hours of debate, equally divided between the two sides, including potential amendments to the bill. Some Republicans are considering insisting on hearing the full bill be read aloud, which could take an additional 10 hours.

Then begins what is called a vote-a-rama, in which senators can offer hundreds of amendments to modify the bill. There’s no time limit on a vote-a-rama, which can last into the early hours of the morning or overnight, until opposing senators tire and give up. Republicans upset with the relief package are expected to submit the majority of amendments as a stalling technique, including trying to drag it out for days. Democrats likely have the votes to reject the amendments.

“We’ll be fighting this in every way that we can,” Senate Minority Leader Mitch McConnell (R-Ky.) said. “It is my hope that at the end, the Senate Republicans will unanimously oppose it, just like House Republicans did.”

That remains unclear. Alaska Republican Sen. Lisa Murkowski told reporters Wednesday she’s keeping an open mind and plans to listen to the debate over the next few days before deciding how to vote.

She said she has been working to remove “excess” from the bill “to make it better.”

Final Senate passage of the bill could occur Friday or Saturday, depending on how successful the procedural delay tactics are. It takes a simple majority vote to pass a reconciliation bill, meaning the chamber’s 48 Democrats and two independents can do it on their own, with a tie-breaking assist from Vice President Kamala Harris.

“I expect a hearty debate. I expect some late nights on the floor,” Schumer told reporters. “But the American people are overwhelmingly in support of this legislation.”

One of the moderates that Senate leaders are hoping to placate, Sen. Joe Manchin III (D-W.Va.), said Wednesday he is reserving judgment until he examines the final proposal.

“I just think that the bill has really enough good stuff, really does have enough good stuff, that we should be able to make this work, we really should,” Manchin said. “I’m very pleased with the discussions and dialogues and some changes that have been agreed upon.”

Due to the Senate changes, the House will need to pass the revised version before sending it to Biden’s desk.

Democrats are rushing to get the bill to Biden before expanded unemployment benefits end March 14, possibly cutting off aid to up to 10 million Americans. In order to meet that deadline, the House would have to accept whatever changes the Senate makes to the bill.

House Majority Leader Steny H. Hoyer (D-Md.) said the House worked with the Senate in writing the version it passed, and he’s not concerned about changes the Senate might make.

“I can’t believe that any amendment that the Senate could adopt, with the complement in the Senate at this point in time, would be an amendment so egregious that the House would not vote for it,” Hoyer said.

Several progressive lawmakers said they want to see details on how many fewer Americans will get a check before deciding if the proposed change would affect their support. For many, the biggest priority was not lowering the $400 federal unemployment subsidy.

“If this is the only change, that’s one thing. If there are other changes, that’s going to be a different thing,” said Congressional Progressive Caucus Chair Pramila Jayapal (D-Wash.).

The Cost of Insuring Colleges Continues to Rise. And Covid’s Not the Reason.

Becoming Bilingual: How to Learn a Language Without Losing Your Free Time, With Mary Tse | Grit Daily News 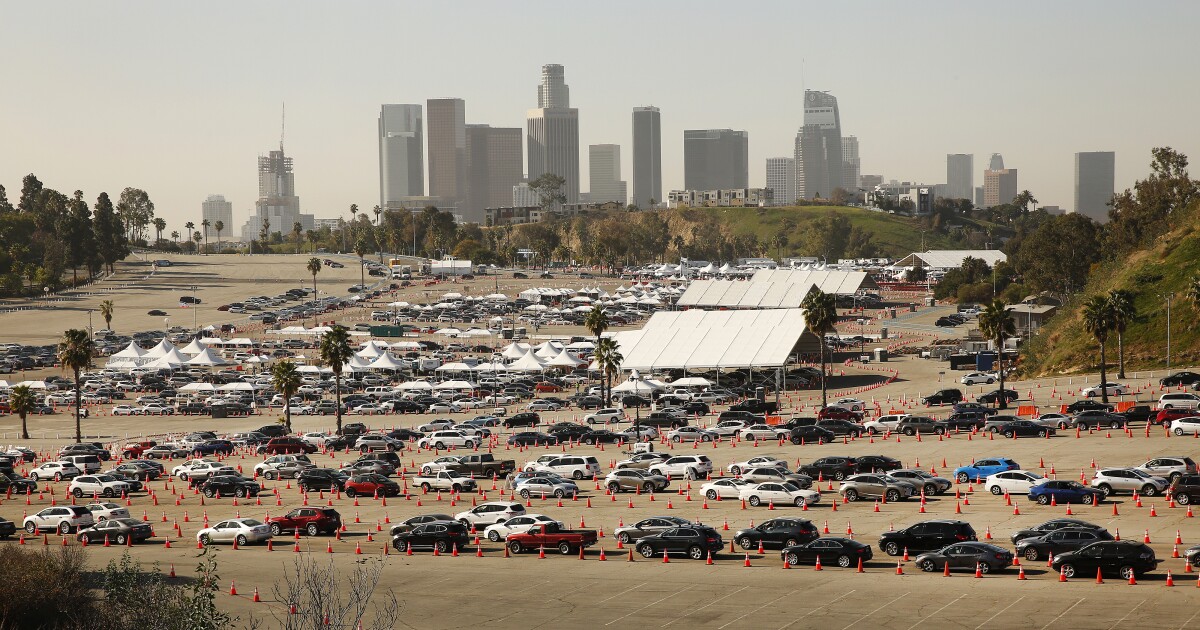 Letters to the Editor: We’ve provided a breeding ground for virus mutations with repeated reopenings 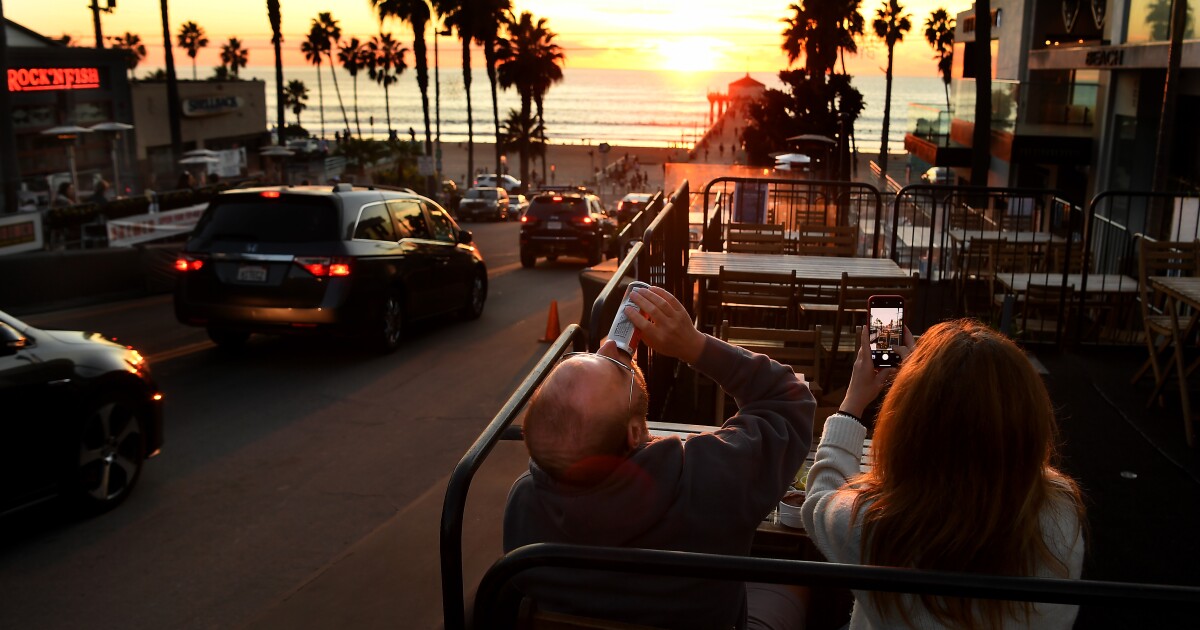 Guy Fieri and many others hate outdoor restaurant ban. Here’s why some experts say it’s essential