The intermission was already on shaky ground before the pandemic. The convention of the two-act play, interrupted by 15 minutes of recess, was starting to feel like a relic of the theatergoing past.

After lockdown, the interval’s days seem numbered. The vaccines appear to be miraculous, but they won’t erase all our qualms about indoor public gatherings. It’s hard to imagine even the most die-hard spectators wanting to spend more time than necessary crowding into lobbies between acts for overpriced wine and snacks or waiting in bathroom lines in unsavory cramped spaces.

Broadway, flying a retrograde flag, is dragging out its warhorses (“The Phantom of the Opera,” “Jersey Boys”), hoping to convince at least its former customers that nothing has changed. But this illusion will be hard to sustain as playwrights gravitate toward more compact forms and directors look to condense classics as artfully as the National Theatre’s “Romeo & Juliet” film that aired on PBS’ “Great Performances” in April.

Putting aside COVID-19 anxieties, does anyone believe that TikTok, Twitter and four years of Donald Trump in the White House have increased our capacity to sit quietly in a room together? Our restlessness predates quarantine.

In my theatergoing lifetime, I’ve witnessed the ascendancy of the 90-minute, straight-through drama, a form better suited to modern schedules and attention spans. Shorter has become synonymous with sweeter, though the epic hasn’t gone entirely out of fashion.

Marathon dramas, those endurance tests that turn a play into an Olympic event, can still draw a crowd. Broadway audiences have been willing to pay top dollar for the discomforts of daylong performances of “Wolf Hall,” “Harry Potter and the Cursed Child,” “The Inheritance” and the National Theatre’s revival of “Angels in America.”

But these are promoted as special offerings, distinct from the playgoing rule. Perhaps the most noticeable trend in recent years has been the lengthening of acceptable running times for intermission-less drama. The 90-minute play was often in reality closer to 100 minutes, not counting the delayed start. But longer durations have become more common.

Before COVID forced theaters to go dark, I noticed an increase in intermission-less shows approaching and sometimes exceeding the two-hour mark. Ivo van Hove’s Broadway revival of “West Side Story” was truncated into a single act that let out just before 10 p.m. Twice I saw Jeremy O. Harris’ “Slave Play” in New York, and twice I felt a bit creaky as I tried standing up after more than two hours of sitting.

My back and bladder may have complained, but not to the point where I thought, “Hey, can’t we stop the show for 15 minutes so I can wander the halls of the theater and exchange banalities with others waiting to relieve themselves?”

I prefer to experience plays the way I experience films at the movie theater — uninterrupted. At night when I awake momentarily from dreaming, I can rarely, if ever, restart the same dream when I fall back to sleep. The spell is broken. A new storyline must take unconscious root.

Playwrights do the dreamwork for us, but our absorption is required. And unless a complicated set change demands an extended time out, I’d prefer not to have to return to the workaday world until the play is over.

Whenever I’ve touched on this topic in the past, I’ve received letters from older readers pointing out that intermissions for them are a necessity. This problem, however, is architectural rather than physiological. If playhouses were better designed, spectators wouldn’t feel trapped in their seats. At the movies, if someone has to go to the restroom, they go. No need to stop the film.

Intermissions might not be so objectionable if house management were conducted with more discipline. At smaller theaters with inadequate public facilities, I have found myself at the mercy of bathroom stragglers who decide at the last minute that they‘d better use the john before the resumption of a show — in a venue in which it’s virtually impossible to seat anyone once a play is in progress.

From a purely public health standpoint, the convention of the intermission is starting to look like pre-pandemic folly. Do we really want more opportunity for our germs to frolic together? And if masks will continue to be worn in congregate indoor settings for the foreseeable future, shouldn’t we limit the amount of time each of us must spend inhaling stale cloth?

As for theatergoers’ diminishing attention spans, an argument can be made for or against giving today’s phone-antsy audiences a breather. But we shouldn’t mistake artistic shortcomings for societal deficiencies.

A drama that’s well constructed can take however long it takes. The clock becomes an issue only when the storytelling lags. What vexes isn’t the duration but the dillydallying.

Center Theatre Group Artistic Director Michael Ritchie thinks it’s too early to know if playwrights will be more inclined to write intermission-less plays after the pandemic. Theatergoers too are an unresolved question.

In an email, Ritchie admitted that he’s “always been surprised that people are more than comfortable sitting through a two-hour-plus movie without hesitation and yet don’t necessarily have the same comfort at a live performance.” He raised a possibility that, I confess, had me shuddering — that intermissions may actually have to get longer “to accommodate the current collective mindset to keep some distance among us.”

Ugh. Visions of slowly moving bathroom lines with floor decals instructing patrons how far apart to stand could have some of us pining for the good old days of Zoom theater.

“In the end,” Ritchie concluded, “both the playwrights and audiences will guide each other.” But he added that he wouldn’t be surprised “if we start seeing an increase in longer, intermission-free productions.”

I consulted playwright and director Robert O’Hara, whose play “Barbecue” relies on an intermission to deliver a second act shock. He’s written works with and without intermission, and though he said as an audience member he loves plays without them, the decision for him as a writer is “guided by the needs of the storytelling.”

“My rule is that there needs to be a seismic shift between what happens before and after an intermission, otherwise I think of the play as one event,” he explained. “We sit through two-and-half-hour movies without intermissions, so I see no reason why we need to throw an intermission into a work just because it’s two hours long.”

Some dramas set out to make strenuous demands on our attention. Such is the case in “Slave Play,” which O’Hara directed in New York. The play didn’t get an intermission after it moved to Broadway from New York Theatre Workshop, and based on what O’Hara told me, I don’t think it will acquire one when it finally arrives at the Mark Taper Forum.

“I said to Jeremy [O. Harris] that, ‘Slaves didn’t have an intermission from slavery, so why should we give this audience an intermission. They should have to sit in this story for the entire event.’ It was important to me that the pressure and dynamics of the play were not relieved by an intermission. That is the cost. That is the cost of coming to see a work that has the audacity to put the word slave in its title. I was determined to have it cost the audience something for experiencing it, because it certainly cost my ancestors something to go through it.”

For O’Hara, it’s sometimes necessary to “disrupt” an audience’s comfort when the story demands that “you get comfortable with being uncomfortable.” This idea is echoed by playwright and director Young Jean Lee, whose singular body of work has been so intent on overturning conventions that the motto of her company has been “Destroy the Audience.”

Lee, in an email exchange, said that she doesn’t believe she has ever included an intermission because each of her shows (“Songs of the Dragons Flying to Heaven,” “We’re Gonna Die” and “Straight White Men,” among them) is designed to be “a very specific kind of discomfiting ride for the audience.”

“The last thing I want is to let the audience get off partway through to buy candy,” she said. “However, I have considered including an intermission in many of my shows because of the problem of the dreaded scene change. Making the audience sit through a long, laborious scene change can potentially be even worse than an intermission, so you have to find creative ways to do it that sustain the mood and that fit thematically with the show.”

Yet don’t be surprised if one day you find yourself sharing a ludicrously expensive bag of Swedish Fish with a friend between acts of a Young Jean Lee play. Her mind remains open on the future of the interval, as all of ours should be after such a long deprivation of in-person theater.

“Despite the fact that the ‘uncomfortable ride’ style of theater-making has become increasingly popular, I don’t think that means intermissions are outdated,” Lee said. “In fact, this whole question is making me want to make a show that is full of intermissions.”

What The School Attack Means For Afghanistan's Future 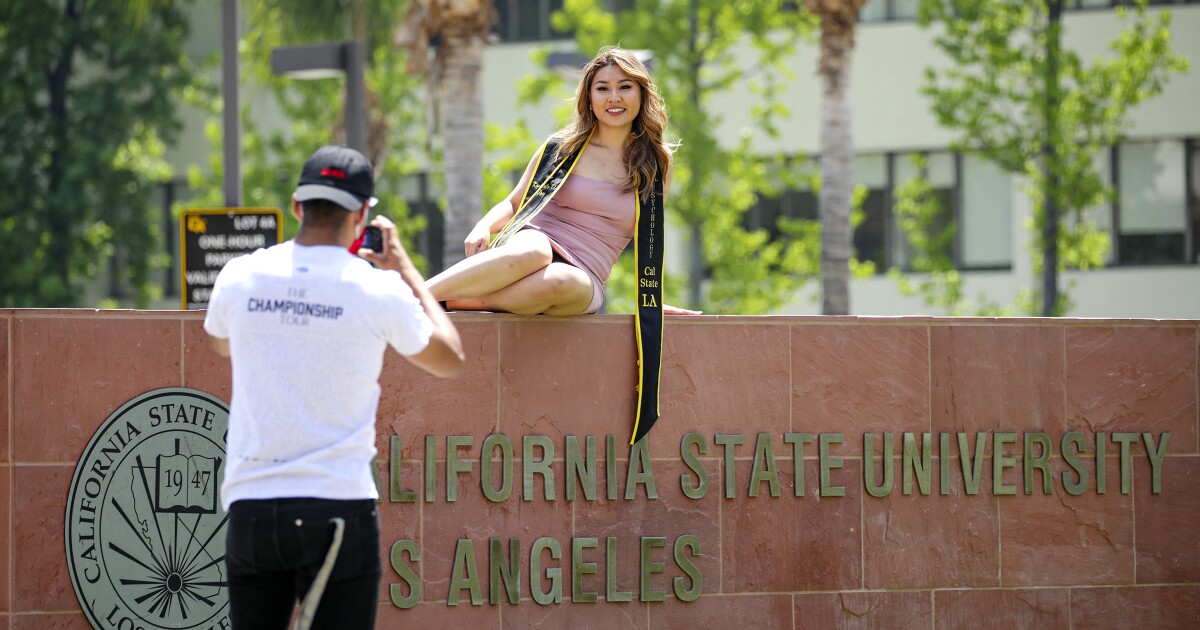 Grad walks, stage moments, no guests. Graduation 2021 is definitely not cutting it for many 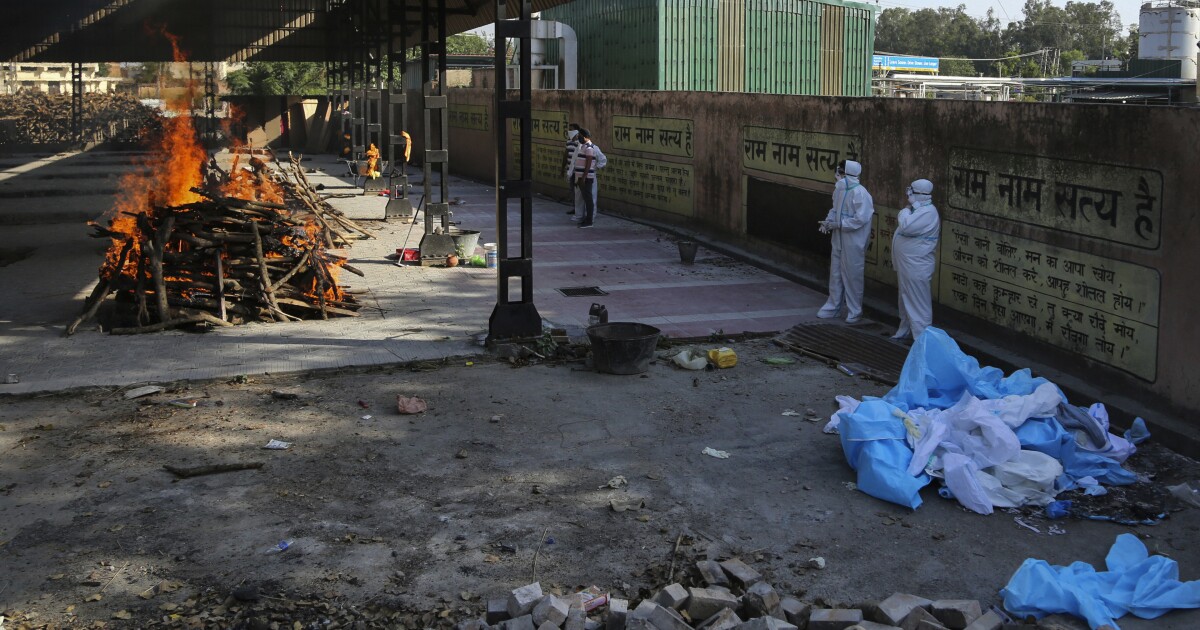 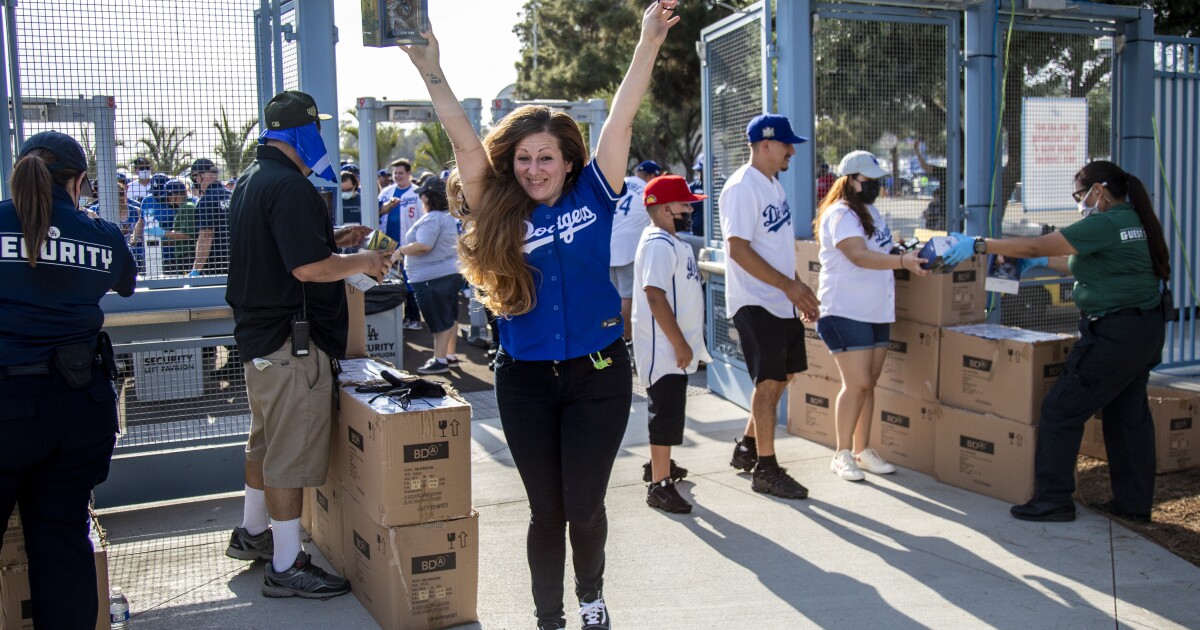 L.A.’s COVID-19 death rate falls below that of Bay Area in another sign of widening recovery