The number of Californians hospitalized with the coronavirus surged to a record high for a fourth straight day — soaring above 8,000 amid continued concerns that a sustained spike in patients may eventually swamp the state’s healthcare system.

Though the 8,517 hospitalizations seen Tuesday are unprecedented, officials caution that it likely doesn’t represent the ceiling of the latest COVID-19 surge, as the figure largely excludes anyone who was only recently infected, including over the Thanksgiving weekend.

“We do have a choice to make, each one of us: Do we want to be part of the solution to this horrifying surge, or do we want to be the problem?” Los Angeles County Public Health Director Barbara Ferrer said during a briefing Wednesday. “Because where you fall in this effort now has a life-or-death consequence, possibly for people you know and love, but certainly for people across the county who are loved by others.”

Gov. Gavin Newsom sounded the alarm on the state of the state’s hospitals earlier this week. Unless things change, he said, California could exceed its existing intensive care unit capacity by mid-December, a possibility he warned could require dramatic action to keep from becoming reality.

Though ICU numbers have not yet reached the heights seen during the last COVID-19 surge over the summer, they are fast approaching those levels.

As of Tuesday — the most recent day for which state data are available — there were 2,006 COVID-19 patients in intensive care. That’s up roughly 75% from two weeks ago.

Though hospitals have plans in place to expand their capacity should need arise, their ability to do so is limited. ICUs present a particular challenge because they typically need specialized space, equipment and staff.

“What matters is a hospital’s practical ability to take care of the patients that come in the door, and that requires not just a bed but, more importantly, it requires people, it requires staff, it requires supplies and equipment,” Dr. Christina Ghaly, L.A. County’s director of health services, said during a briefing.

With the number of patients rising rapidly, officials said they are increasingly concerned that demand could outpace the available supply — particularly in ICUs.

“Unless there has been and continues to be changes in community transmission, we do anticipate that we will have a shortage of ICU beds over the next four weeks,” Ghaly said of L.A. County. “Hospitals will have to take substantive action to meet the need for hospital and, particularly, for ICU level of care.”

Despite the distressing statistics, the prospect of even more restrictions — which Newsom said could include some form of new stay-at-home order for areas in the strictest purple tier of the state’s coronavirus reopening road map — will be a tough sell for pandemic-battered businesses and rule-weary Californians.

Most objectionable for many has been the renewed suspension of outdoor dining at restaurants — which officials said will help tamp down transmission by reducing lengthy interactions between largely unmasked patrons.

Critics, however, have derided the move as wholly unjustified by any kind of data and a capricious broadside against an already reeling industry.

Pasadena, which has its own city health department, has decided not to follow the county’s lead. The Beverly Hills City Council voted unanimously to oppose the outdoor dining ban Tuesday, and asked staff to research the idea of forming an independent public health department that would allow the city to set its own rules.

The South Bay Cities Council of Governments, a joint powers authority of 16 cities and parts of the county, recently sent a letter to Newsom asking that he “reconsider allowing significantly large areas that are less impacted by COVID cases and hospitalizations to have more local control over the restrictions on businesses in their area.”

“It is time to replace the ‘one-size-fits-all policies’ with an ability to adopt local restrictions in designated areas,” the letter states.

It’s not just restaurants that have emerged as a political flashpoint. On the first day that card clubs in L.A. County were forced to close due to rising coronavirus cases, representatives for the casinos and the cities where they operate urged officials to allow them to reopen, citing the financial strain.

The card clubs were originally closed in March but were allowed to reopen only in outdoor settings in early October. The casinos were ordered to close again Monday.

Cortez said her city has already lost up to $9 million in tax revenue due to the closing of the Bicycle Hotel and Casino since the start of the pandemic and has been forced to lay off staff and cut employees’ salaries.

Ferrer said that, given the efficacy of some basic infection prevention measures like widespread masking and physical distancing, that the county’s latest regulations attempt to “limit places where people were intermingling with others that weren’t in their households, to limit the capacity at those places so there wouldn’t be a lot of crowding.”

As debate swirls over how best to contain COVID-19, the pandemic is continuing its statewide rampage.

Over the last week, California has averaged 14,119 new coronavirus cases per day — a 55.6% increase from two weeks ago, according to data compiled by The Times.

State health officials estimate that 12% of those who test positive are hospitalized two to three weeks later, meaning the past week’s unprecedented case load could trigger a wave of new hospitalizations.

L.A. County already has more than 2,400 coronavirus patients in its hospitals, and Ferrer said that figure is likely to get worse before it gets better.

Santa Clara County officials also warned Wednesday that the region’s system of hospitals is at risk of exceeding capacity. As of Tuesday, intensive care units were at 93% capacity at hospitals that traditionally serve the agricultural southern part of the county, like Gilroy; and East San Jose, which is heavily Latino and has been hit hard by the pandemic.

“What this means is that the hospitals in our hardest-hit communities have the fewest beds available for those in need,” Dr. Jennifer Tong, associate chief medical officer at Santa Clara Valley Medical Center, said at a news conference Wednesday.

ICU occupancy for other hospitals in the county was at 84%.

Officials are working to redistribute patients as needed, Tong said, “but these numbers are gravely concerning. We want you and your loved ones to get the care that you need at our hospitals if you become seriously ill.

“We each must do our part to slow the spread of transmission and protect our hospital capacity, thereby protecting those who live and work here,” she said.

It’s important to remember, Ferrer said this week, that the metrics measuring the pandemic aren’t mere figures on a spreadsheet, they’re real people: Neighbors, friends, siblings, parents and other relatives.

More than 19,300 Californians — including roughly 7,700 residents of L.A. County — have died from COVID-19 throughout the pandemic, and officials say they’re concerned that fatalities could rise in the near future, much as new infections and hospitalizations have.

Aside from abiding by public health restrictions, experts say residents can help protect themselves from the coronavirus by wearing masks in public, regularly washing their hands and staying home when they’re sick; as well as keeping physical distance from, and avoiding gatherings with, those they do not live with.

“We’re seeing terrifying increases in numbers in L.A. County that can only be turned around if everyone, businesses and individuals, carefully use the tools we have to slow the spread,” Ferrer said. 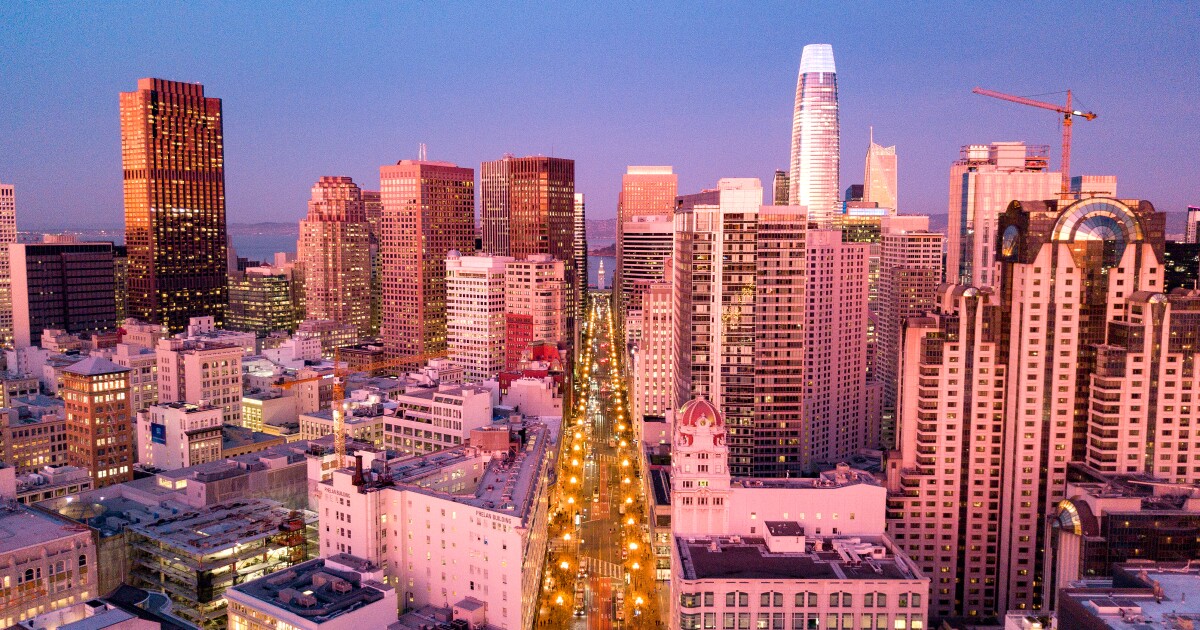 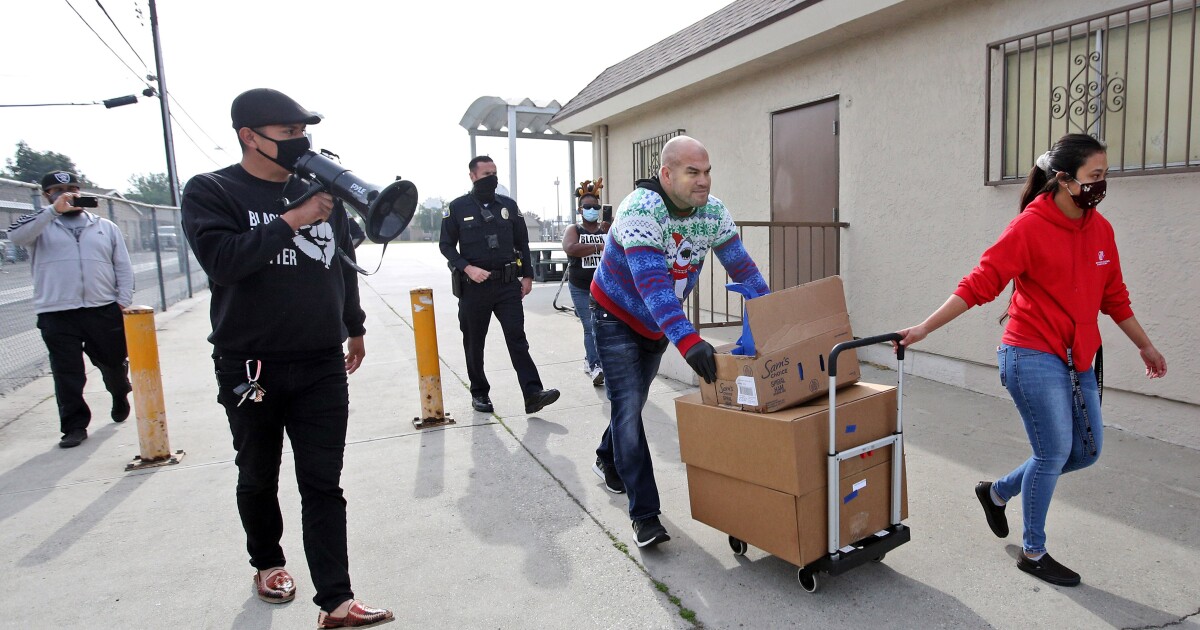 Trial against Ohio doctor accused of murdering 14 patients hangs on a question: Was he acting in good faith?