Andrew Diego had no idea what was going on across the street from Harun Coffee in South L.A. on Tuesday. The young barista was just doing his job, taking orders for lattes and cold brews.

But he was the perfect example of why a group of Black and Latino activists and labor leaders were demanding vaccine equity at their hastily called news conference in nearby Leimert Park.

In what has now become a familiar refrain, the activists were calling on L.A. to ignore the guidelines from Gov. Gavin Newsom to prioritize people for COVID-19 vaccines purely based on age and return to vaccinating essential workers, most of whom are Latino and Black, and others at highest risk. In other words, people like Diego.

“We’re asking the local government to step up to the plate, to the original plan that the state of California had rolled out,” said Simboa Wright, a board member with Service Employees International Union Local 721. “We have folks that are going to work to serve the public every day, every night, 24/7, to make sure that services are rendered to you.”

Diego told me he is keenly aware of the risks of serving strangers like me, who could be carrying the coronavirus. But “I try not to think about it, you know?” he said with a shrug.

I suspect that’s a common sentiment — and not just among essential workers.

Those of us who benefit from the willingness of others to risk their lives to serve us also don’t like to think about how we’re complicit in spreading COVID-19. That we’re unwitting accomplices just because we have to go to the grocery store and interact with cashiers or do something far less essential, like order a cold brew coffee from a barista.

In one way or another, whether we like it or not, we all are trapped in a system that has turned California’s existing economic and racial inequities into the life-and-death inequities of a pandemic. And because we all play a role in this transformation, we all need to be dedicated to vaccine equity.

Think about the things you’ve done recently that put others at risk. It might be asking an Instacart worker to shop for you. Or going to eat on the patio of your favorite restaurant. Or you might be, as I am, one of the millions of Americans who has moved since the beginning of the pandemic, according to Pew Research Center.

For me, that meant moving into a new Westside L.A. apartment with a balcony, something I’ve long wanted. But figuring out how to do it safely was another matter. It’s a pandemic, after all. And I live alone.

So, I did what any coronavirus-fearing, 40-something professional with some extra money in the bank would do: I bought a dolly and transported as much stuff as I could by myself and then hired essential workers to do the rest.

A few days later, two men pulled up in an aging Toyota Highlander. Both of them Latino, both of them named Mario. They couldn’t possibly know whether I had the coronavirus or not, but their job required them to risk spending time breathing the air in my apartment.

Mario #1 had a deep cough that I pretended not to hear.

Mario #2 was clearly doing the same.

Mario #1 said they work six days a week, moving people from house to house and apartment to apartment all over Los Angeles.

Both Marios are essential workers, among the millions in Los Angeles County. Both risk their lives for a needed paycheck — and to make life more convenient for people like me. People who have the privilege to work from home and pay to move into a nicer apartment while so many others have been living in fear of eviction.

Both men have families. And both are years away from turning 65 years old.

That means that, under California’s current guidelines (which, under Gov. Gavin Newsom, we all know are subject to change), both Marios are ineligible to receive the first dose of the coronavirus vaccine.

So much about this just seems wrong. So horribly unfair.

According to the latest data, the number of Latino residents who are dying from COVID-19 continues to climb rapidly. In November, on average over a two-week period, about 3.5 Latino residents per day were dying. In January, that rate was 40 per 100,000. The death rate for Latino residents of L.A. County is now almost triple that of white residents.

Black people, who also disproportionately work in essential jobs, are now dying at a rate 50% higher than that of white residents.

But, as L.A. County Public Health Director Barbara Ferrer told my colleagues Rong-Gong Lin II and Luke Money, the “gap between the experiences of those in our Latinx community and all others is frankly horrifying.”

L.A. City Council President Nury Martinez is right to keep pushing for the government to do more to help those at highest risk from the coronavirus to get vaccinated.

So far, about 7.4% of all Californians have received at least one dose, putting the state in the bottom third of the pack compared with other states and U.S. territories, according to The Times’ vaccination tracker.

Racial disparities abound here and elsewhere. But the disparities have been particularly deadly here because Los Angeles is home to a disproportionate amount of overcrowded housing — typically defined as more than one person per room — and millions of essential workers live in such crowded conditions. In South L.A., where most residents are Latino or Black, nearly 1 out of every 5 homes is overcrowded.

“If we don’t focus on equity now, I’ll tell you who is going to get the vaccine: It’ll be the people who have the luxury to stay at home and send their children to open private schools and neighborhood learning pods,” Martinez said last month. “And the people who will not get the vaccine will be the nannies, the maids, the housekeepers and the gardeners, the people who take our groceries, who prepare our food every day, who deliver our mail and clean our streets.”

And the risk of more sickness and death has only increased now that outdoor dining is once again permitted in Los Angeles.

Dr. Sheila Young, an assistant professor at Charles R. Drew University who led outreach efforts for coronavirus testing in South L.A., was fretting about this very thing, after Newsom surprised public health officials by lifting the stay-at-home order throughout California.

“One of the things that I’m very much concerned about is with the reopening of everything, you know, we are going to see a spike in cases,” she said. “You have to consider: Who are the people who are going to be cooking your food and serving you at these restaurants? Where are they in the line to receive a vaccine? They’re not.”

The Marios and Andrew Diego aren’t either.

On Tuesday, California’s secretary of Health and Human Services, Dr. Mark Ghaly, insisted that the state hasn’t abandoned racial equity in its bid to distribute doses of the vaccines faster. Details of how public health officials will proceed are apparently forthcoming.

“This notion that there’s a choice that we have to make between speed in vaccinations and equity, this is not a choice,” he said during a news conference, about the same time activists were speaking to reporters in L.A. “This is a false choice. We can do both.”

I sure hope so. To do otherwise and keep allowing the most vulnerable to die is the epitome of privilege and entitlement in this county of very rich and very poor, where some 75% of residents are not white.

If we’re going to keep depending on Latino and Black people who are at high risk for contracting COVID-19 and spreading it to their families because they live in dense, overcrowded apartments, then equity in distributing vaccines must be the primary imperative.

Mario #1 coughed as he climbed back into the Highlander.

Mario #2 took my payment and waved goodbye. They had another job to do.

Whatever I paid them, it wasn’t enough.

'I was just bawling in my PPE': Surge fades, but anguish remains for healthcare workers

Heather Graham Shares Rare Photos Of Ex Heath Ledger: He Was ‘Such A Special Person’ 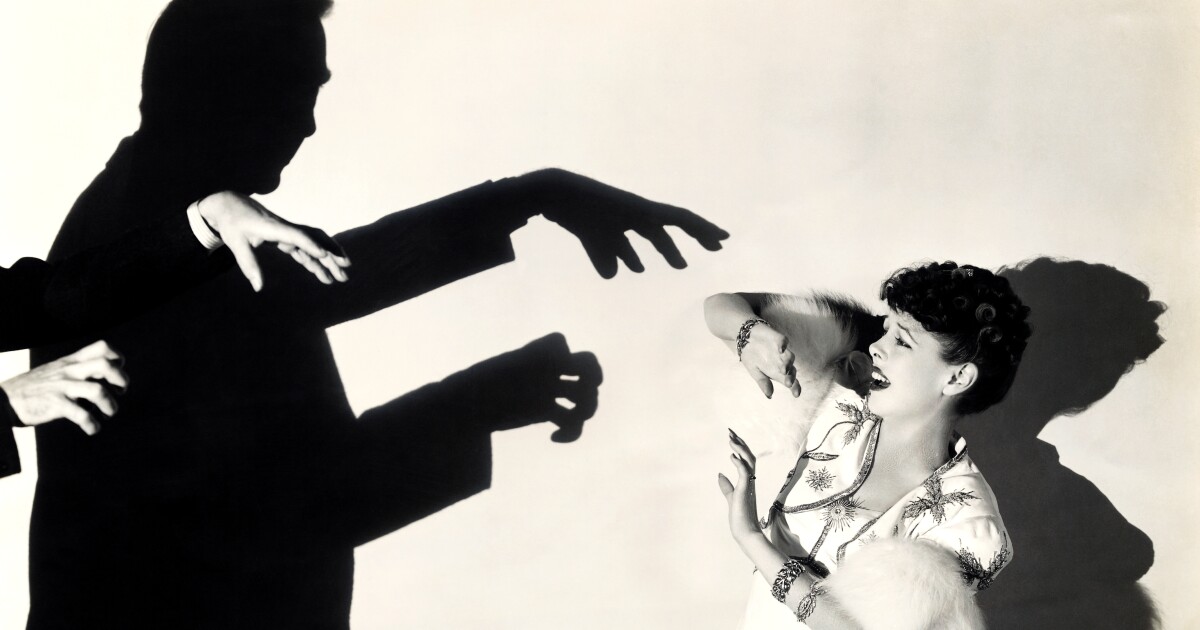 Column: Can a scammer hypnotize you over the phone? Let’s ask professional hypnotists 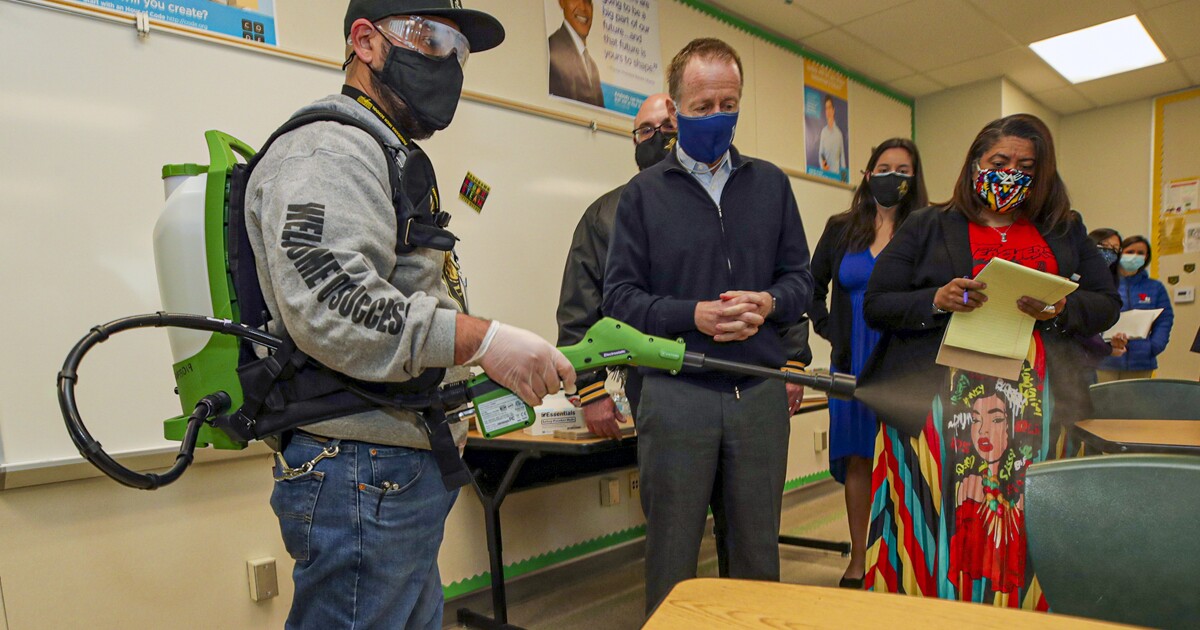 About half of LAUSD students won’t return to campus, early survey results say