Climate change is such a massive problem, with such potentially catastrophic ramifications, many people have trouble getting their heads around the danger we face.

Climate change means you’ll be paying more for coffee, every day, for possibly the rest of your life.

And it may not taste as good.

“U.S. consumers should expect much more expensive and lower-quality coffee because of rising temperatures, extreme rainfalls, and higher frequency of severe droughts,” said Titus O. Awokuse, chairman of the department of agricultural, food and resource economics at Michigan State University.

“Recent studies show that up to 60% of high-quality coffee species are at risk of extinction because of the negative impacts of climate change,” he told me.

There. Got your attention now?

The cost of food is rising. That’s partly due to supply and labor issues related to the COVID-19 pandemic.

But it’s also a reflection of how our planet’s changing climate is affecting crops, livestock and other food sources.

“Climate change is likely to increase production costs and reduce supply, at least in some years,” she predicted, adding that she would be “horrified” if decent coffee became harder to come by.

“I will pay just about any price for my coffee,” Dimitri said, echoing my own thoughts and, I suspect, those of millions of other coffee drinkers.

Coffee futures recently jumped to the highest level in four years, due in part to extreme weather in Brazil, the world’s largest coffee producer.

Factor in pandemic-related supply issues, and the cost of coffee beans has risen more than 40% so far this year.

Because caffeine heavyweights such as Starbucks and Nestle buy their coffee supplies well in advance, not all dealers of our daily fix will be raising prices immediately.

But some are already warning of higher retail costs.

J.M. Smucker, maker of Folgers and Dunkin’ ground coffee, said it has no choice but to jack up prices. “We are seeing inflationary costs impacting the entire fiscal year,” the company’s chief financial officer said during a recent conference call.

Coffee is just one item on supermarket shelves that’s getting more expensive because of climate change.

Harsh weather is driving up the cost of sugar. Wheat prices are now at the highest level in nearly eight years.

And this isn’t just in America. According to the United Nations, food prices worldwide were up by 33% in August from a year before.

“Climate change is a contributor because climate variability, extreme events and sustained droughts in certain regions can reduce yields and hence supplies,” said Sanford Eigenbrode, a professor of entomology at the University of Idaho.

This isn’t to say we’re doomed. Some experts believe global food production will adjust to a changing climate.

“Climate change will not affect agriculture the same way in all parts of the world,” said Ellen Bruno, an agricultural economist at UC Berkeley. “We have a lot of adaptive capacity.”

In other words, crops that start failing in some parts of the world may thrive in others.

Overall, however, climate change is reaching — or has already reached, by some estimates — a point of no return. And this all but guarantees higher food costs in the future.

A recent report from the Intergovernmental Panel on Climate Change, the world’s leading authority on climate science, found that droughts that previously occurred perhaps once a decade are now 70% more frequent than in the preindustrial era.

Solutions for a problem of this scope aren’t easy. Nations around the world are being called upon to reduce greenhouse gas emissions and adopt more eco-friendly energy sources.

These measures are challenging and expensive, and require both unity and sacrifice — two things that aren’t always easy in a world guided mostly by self-interest and short-sightedness.

What you can do — what you should do — is support politicians who recognize the danger and who are prepared to rise above selfish interests and show necessary leadership during a time of global crisis.

Also consider taking your business to companies that are willing to play a role in addressing climate change, although it’s not always clear how serious some corporations are in this regard.

Institutional Shareholder Services has found that just over a third of Standard & Poor’s 500 companies have set ambitious climate change targets. The rest have modest goals or no climate change plans at all.

Some tech and retail heavyweights, including Microsoft and Walmart, have been among the most aggressive in laying out plans to become “carbon neutral” in coming years.

But others, especially those in the heavily polluting energy sector, have been cagier about their intentions or have resisted overhauling operations for the sake of planetary survival.

As I said up top, this is tough stuff, requiring tough, sweeping solutions — the sort of behavior that human beings historically have not shown themselves to be very good at.

“People in the U.S. have enjoyed a long period where crop yields have increased and food prices have declined,” said Dane Scott, a professor of environmental ethics at the University of Montana. “That period is likely over.”

He told me price hikes are now “inevitable.”

“Consumers should expect to pay more for food products to help finance the enormous undertaking of adapting agriculture to a changing climate,” Scott said. “The greater the disruption to the Earth’s climate system, the greater the social and economic costs of adaptation.”

And your grande, quad, nonfat, one-pump, no-whip mocha is no exception. 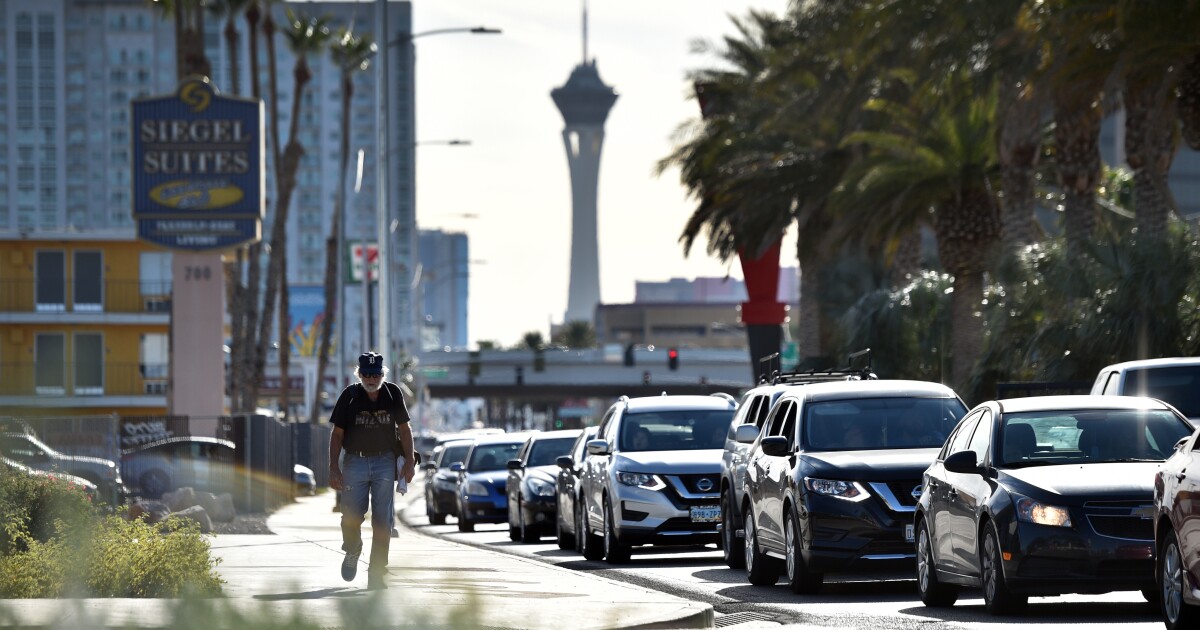 Live theater is an obstacle course, but ‘Hamilton’ at the Pantages is worth it