From the streets of Harlem, then the battlefields in Vietnam, Colin Powell rose to the highest levels of U.S. government as America’s top soldier, advisor and diplomat, breaking racial and political barriers as he ascended.

But his stellar reputation at the most senior echelons of government was eventually tarnished by his decision to lead his country into a grinding, disastrous war in Iraq, a decision he came to regret as the battles and years wore on.

Admired broadly on both the national and world stage, Powell died Monday of complications from COVID-19 exacerbated by an acute blood cancer from which he had long suffered, his family said. He was fully vaccinated, the family statement said.

His death was met with an outpouring of sympathy and tribute worldwide and especially in the U.S. from officials and lawmakers on both sides of the political aisle who praised his integrity, character and accessibility. For some, his death was seen as the knell of an era of civility and respect in the sphere of political discourse, which has dissipated in recent years.

Although Powell belonged to the Republican Party, praise came from Democrats, at least as much as members of the GOP.

Powell, the son of immigrant Jamaicans, was born in Harlem on April 5, 1937, and raised in the Bronx, where he attended public schools and found his calling in the ROTC while studying geology at the City College of New York. When he put on his first uniform, he wrote, “I liked what I saw.” He later earned an MBA at George Washington University.

He rapidly worked his way up through the U.S. Army to eventually become the first Black national security advisor, serving under President Reagan.

In 1989 he became the first Black chairman of the Joint Chiefs of Staff — the highest military post in the nation.

One legacy of that ascension, Secretary of Defense Lloyd J. Austin III, paid homage to a man he described as a mentor. “We have lost one of the greatest leaders we have ever witnessed,” he said. He added that the loss of Powell left “a hole in my heart.”

His successors in that last job Monday were full of admiration — for the barriers he breached and the standards he set.

“Today our nation mourns the passing of a truly great man,” former Secretary of State Condoleezza Rice said in a statement. “Colin Powell spent the entirety of his life in service to his country. He was a trusted colleague and a dear friend through some very challenging times.”

The current secretary of State, Antony J. Blinken, recounted stories of how Powell treated everyone at the State Department as equals, that he’d willingly ride the elevator with whoever happened to be waiting in line, and that he wanted to hear the opinions of even the most low-level desk officers.

“His people would walk through walls for him,” Blinken said.

President Biden also saluted Powell, whom he described as a friend.

“Colin embodied the highest ideals of both warrior and diplomat,” Biden said. “Time and again, he put country before self, before party, before all else — in uniform and out — and it earned him the universal respect of the American people.”

Likely then the most popular general since President Dwight D. Eisenhower, Powell had charm, eloquence and accomplishments that led to widespread talk he should run for president.

But, among other things, his reputation suffered a perhaps irreparable setback in his defense of going to war to overthrow Saddam Hussein in Iraq.

In 2003, Powell appeared before the United Nations Security Council to make the case for a U.S. war against Iraq. He cited faulty information claiming Iraqi dictator Hussein had secretly stashed away “weapons of mass destruction.” U.S. troops who scoured the Iraqi countryside for months never found such weapons.

Earlier, Powell was the first U.S. official to publicly — and accurately — lay the blame for the Sept. 11 terrorist attacks on Osama bin Laden’s Al Qaeda network and made a lightning trip to Pakistan in October 2001 to demand that then-Pakistani President Pervez Musharraf cooperate with Washington in going after the Afghanistan-based group. That led to the just-ended 20-year war in Afghanistan.

But Iraq was an even more problematic operation.

Within the administration, Powell expressed misgivings about the Bush determination to invade Iraq, and repeatedly insisted the plan be submitted to the United Nations for approval. Eventually the administration allowed Powell to speak to the U.N. but armed him with what turned out to be faulty information.

The hawks in the government — Secretary of Defense Donald Rumsfeld and Vice President Dick Cheney — were adamant about making the case to go to war to capture nuclear, biological and chemical weapons. And Powell’s known worries about the wisdom of invading Iraq ultimately made him the administration’s best pitchman.

Later, he acknowledged he had erroneous information, and expressed deep regret. Whether the war itself was wrong, however, he said he would leave that determination to history. But he called his actions based on flawed intelligence a “blot” on his career.

“I’m the one who presented it on behalf of the United States to the world, and it will always be a part of my record,” he said in 2005. “It was painful. It’s painful now.”

As a young man, Powell served two tours of duty in Vietnam and twice was injured, once stepping on a punji stick, a boobytrap generally made of bamboo, and suffering a broken ankle in a helicopter crash. While in the service, he met and married Alma Vivian Johnson. In addition to his wife, he is survived by a son, Michael; daughters Linda Powell and Anne Powell Lyons; and four grandchildren.

While in the Army, Powell was one of more than 16,000 “advisors” sent to South Vietnam by President Kennedy. A series of promotions led to the Pentagon and an assignment as a military assistant to Secretary of Defense Caspar Weinberger, who became his unofficial sponsor. He later became commander of the Army’s 5th Corps in Germany and was national security assistant to President Reagan.

During his term as Joint Chiefs chairman, his approach to war became known as the Powell Doctrine, which held that the United States should commit forces in a conflict only if it has clear and achievable objectives with public support, sufficient firepower and a strategy for ending the war.

The Powell Doctrine was on full display after Iraq’s 1990 invasion of Kuwait. Powell favored economic sanctions rather than firepower to force Hussein’s withdrawal. He opposed military might unless victory was guaranteed, meaning an unprecedented campaign at unprecedented expense for a regional war.

But as force became the favored option, Powell crafted Operation Desert Storm and persuaded the Bush administration to deploy half a million troops from 31 nations — producing a rout that, in turn, propelled him to unusual stardom for a military figure.

Powell ultimately moved away from his own party, however. He endorsed Democrats in the last four presidential elections, starting with former President Obama. He emerged as a vocal critic of former President Trump in recent years, describing him as “a national disgrace” who should have been removed from office through impeachment. Following the Jan. 6 storming of the U.S. Capitol, Powell said he could no longer consider himself a Republican.

“I think that’s one of the most important things to take away, which is that he broke so many barriers and those barriers were not easy to break by any stretch,” she said. “But he did it with dignity, he did it with grace. And because of what he was able to accomplish, it really did elevate our nation in so many ways. So may he rest in peace.” Can the U.S. keep Covid variants in check? Here’s what it takes. 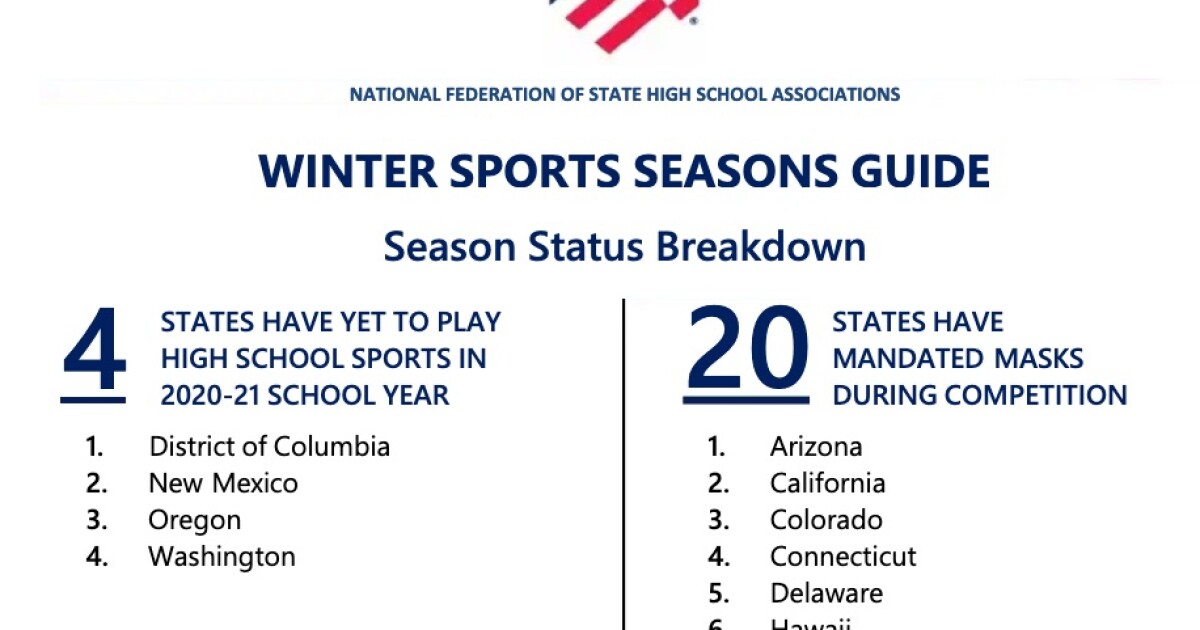 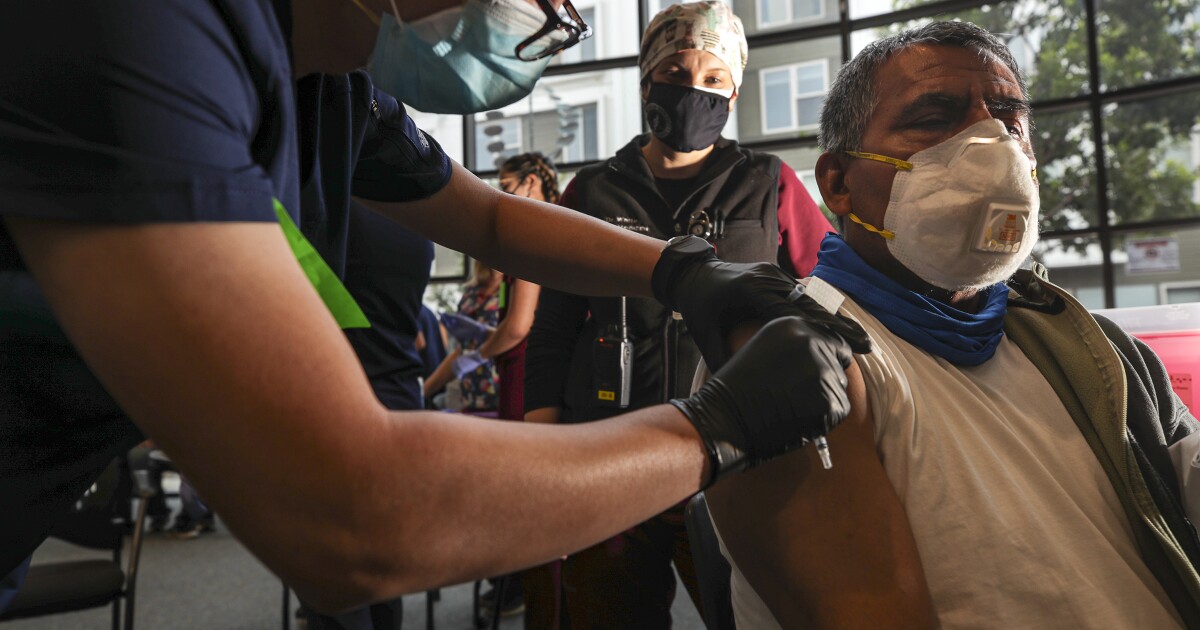 80% of L.A. County residents 16 or older could be vaccinated by June — if supplies hold up