Despite heated opposition and vows of resistance from some restaurant owners and elected officials, there is increasing evidence that California’s latest stay-at-home order, including a ban on outdoor dining, worked to turn around a deadly surge of the coronavirus.

Gov. Gavin Newsom announced last week that he was lifting the stay-at-home order that had been in place in most of the state since early December in light of the state’s declining coronavirus case and hospitalization numbers.

After weeks of overwhelmed hospitals and record death tolls, the improvements seemed sudden and surprising. But experts say they are the consequence of changes that Californians started to make two months ago.

In early December, Californians began moving around their communities at a rate 40% lower than what is typical — the lowest level since May — due to a combination of Newsom’s orders as well as a natural reaction to alarming case numbers and rhetoric from officials, said Ali Mokdad, an epidemiologist at the Institute for Health Metrics and Evaluation at the University of Washington.

In Los Angeles County, the stay-at-home orders and a ban on outdoor dining were followed by a drop in the transmission rate — a measure known as “R” that reflects how many people a sick person on average infects — from 1.2 before the orders to 0.85 by early January. Anything above 1.0 means an outbreak will grow exponentially.

In other words, within roughly two weeks of the new orders in late November, the county began to turn the corner. Because of the many weeks of lag time between new infections and hospitalizations, the effects of the stay-at-home orders would only become apparent a month later, in early January, when hospitalizations finally began to decline.

“You did the right thing at the right time,” Mokdad said. “The winter is working against all of us, but at least you preempted a much bigger surge of cases by doing what you did.”

California officials estimated that the state’s order — which prohibited nonessential travel; banned outdoor social gatherings; and closed nail and hair salons, museums and outdoor dining — kept as many as 25,000 people from landing in the hospital with a severe case of COVID-19.

Scientists say that they can’t tease out which part of the order was most effective in turning the tide, but several leading public health experts interviewed by The Times agreed that the outdoor dining ban probably played a key role.

It has been by far the most controversial restriction, perhaps because indoor malls have remained open or because of Newsom’s infamous visit with members of other households to the French Laundry, a pricey Napa Valley restaurant. Multiple lawsuits have been filed against L.A. County and Newsom related to the ban.

But epidemiologists said prohibiting outdoor dining signaled to the public that the coronavirus storm was worsening while also eliminating a real risk: If an outdoor White House Rose Garden ceremony announcing a Supreme Court nominee could become a super-spreader event, it could easily happen on a restaurant patio.

While eating outdoors, patrons can’t keep their masks on, guests at the same table aren’t six feet apart, and they could spend more than an hour together — violating three basic tenets of risk reduction. Outdoor dining can be made safer by eating only with members of the same household, but that was often not the case.

Dining outdoors became even more risky as extraordinarily high rates of contagion swept through parts of California and restaurants put up plastic sheeting to protect diners from cool winter winds, blocking the very breezes that scatter virus particles and keep them away from other diners and employees.

The dangers are such that “I’ve never gone to an outdoor dining restaurant since the pandemic began,” said UC Berkeley epidemiologist Dr. John Swartzberg.

Amid complaints that the data are too thin on the dangers of outdoor dining, experts point out that such detailed data do not exist for diseases that have been around for much longer. And waiting too long to act could have resulted in far more deaths, they say.

“We’re building the airplane while we’re flying,” said UC San Francisco epidemiologist Dr. George Rutherford. “I think we need a little leeway in trying to protect the public from a disease that’s killed more people in 10 months than we lost in all of World War II.”

Outdoor dining resumed Friday in Los Angeles County, where the contentious opposition to banning it began.

In November, coronavirus cases in L.A. County began to grow at an alarming rate. With upcoming back-to-back holidays during which families would inevitably gather, epidemiologists anticipated a surge that could be disastrous.

County officials came to a consensus in mid-November that should new daily coronavirus cases exceed an average of 4,000 a day, they would ban outdoor dining for the first time since spring. If cases soared even higher, they would enact a stay-at-home order.

But after L.A. County sailed past that threshold faster than expected, county Supervisors Kathryn Barger and Janice Hahn spoke out against the ban.

Barger called it “arbitrary and punitive,” and suggested that the high numbers of cases reported ahead of Thanksgiving were a result of people increasingly getting tested ahead of gathering for the holiday.

“While it is a concern that cases are increasing, it cannot be directly attributed to outdoor dining,” Barger said on Nov. 24.

In news coverage, some assailed the order.

Trump administration official Adm. Brett Giroir said on Fox News: “I don’t know of any data that says you need to shut down outdoor dining.”

L.A. County Public Health Director Barbara Ferrer conceded that she had struggled to explain to the public how the risks of outdoor dining could be tolerated in October, when the prevalence of the virus was relatively low, but not in November, as it had become more widespread.

Others said that the closure of dining as the first step made people feel as though restaurants were being targeted.

“I don’t blame people for being confused,” she said in an interview. “I do think it’s very hard on people.”

L.A. County’s orders essentially became a model for a regional stay-at-home order that would begin to be imposed throughout most of the state during the week of Dec. 6. The success of those state-issued orders reversed the state’s dangerous path and allowed them to be lifted last week, said California Health and Human Services Secretary Dr. Mark Ghaly.

He said that three weeks after the intervention was put in place — even if “residents aren’t 100% compliant with it” — the curve began to flatten, a pattern straight out of a “COVID textbook.”

In response to criticism that there isn’t enough clear data on the risks of outdoor dining, Ghaly said that kind of knowledge “usually takes years to figure out” and is particularly challenging given the lags in data collection, imprecision of contact-tracing information as well as asymptomatic transmission of the virus that makes it particularly challenging to track.

“A lot of people said, ‘You’re closing this down, but there’s no proof.’ Well, it’s not that there’s no proof. It’s just not the proof that people want to see,” he said in an interview. “You have an environment where you take off your mask, and you sit close to people for a long period of time — the virus spreads.”

While it recently marked its 40,000th COVID-19 death, California’s COVID-19 death rate ranks 33rd among the 50 states. Had California had the same death rate as Arizona — which has refused a statewide mask mandate and allows indoor dining and service at bars — its death toll would be more than 73,000.

Still, some worry that rules that are too strict may lead to extreme fatigue or even defiance among the public that ultimately undermines officials’ authority and could harm mental health.

Barger, who defended her vote in a recent interview, said she thinks the outdoor dining ban made people lose faith in the rules: “The vote on restaurants truly was a tipping point for people as it relates to, ‘Enough is enough.’”

Dr. Monica Gandhi, an infectious-disease physician at UC San Francisco who specializes in HIV treatment, said there was an “ache in my heart” when she heard that outdoor dining would close statewide, because she knew “how much people needed to see each other.”

“That was actually my first response as an infectious-disease doctor,” she said. “Asking people to just stay away from each other completely and mandating an abstinence-only approach is blunt and only effective if everyone follows those guidelines…. [But] failing to take human needs into account during public health crises, whether it be HIV or a surge in COVID, can lead to more risk-taking.”

Now that outdoor dining has reopened and the stay-at-home order has lifted, many are watching closely to see whether cases begin to rise again.

UC San Francisco epidemiologist Dr. Kirsten Bibbins-Domingo said she worries that reopening outdoor dining, though she believes it could be done safely, may send the wrong message.

“The concern for me in the way that this comes out is that it will be read as, ‘Happy days are here again. Let’s all go out, because outdoor dining is open again,’” she said. “When, really … the cases are still really high. They’re coming down, but they’re still really high.”

Israel to give 5,000 coronavirus vaccines to Palestinian doctors 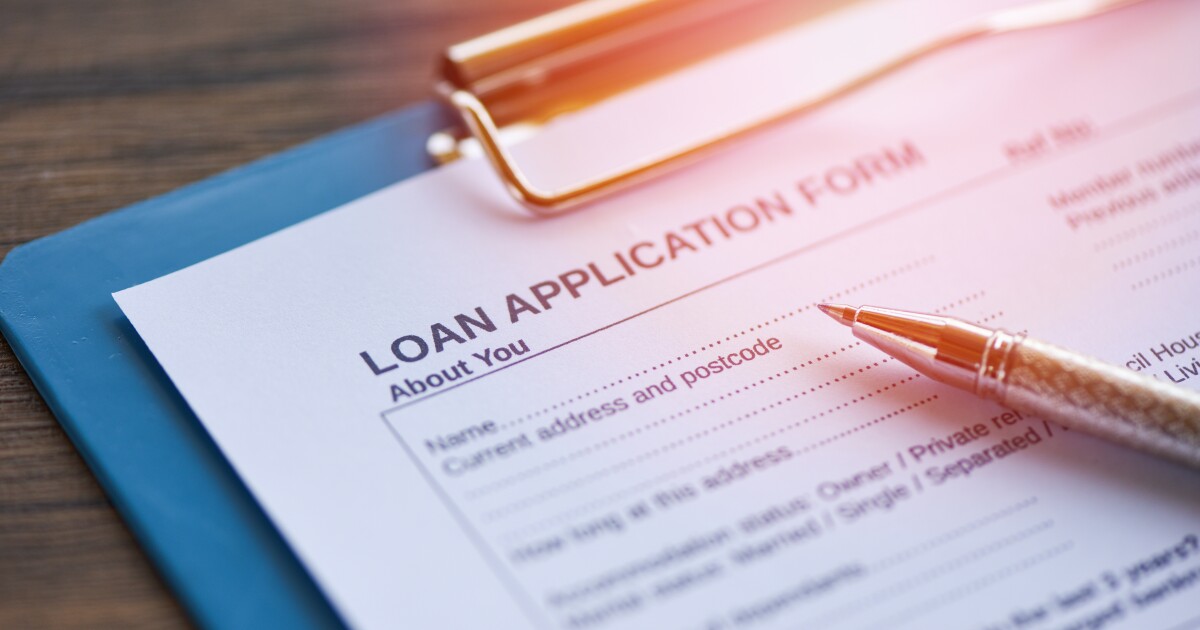 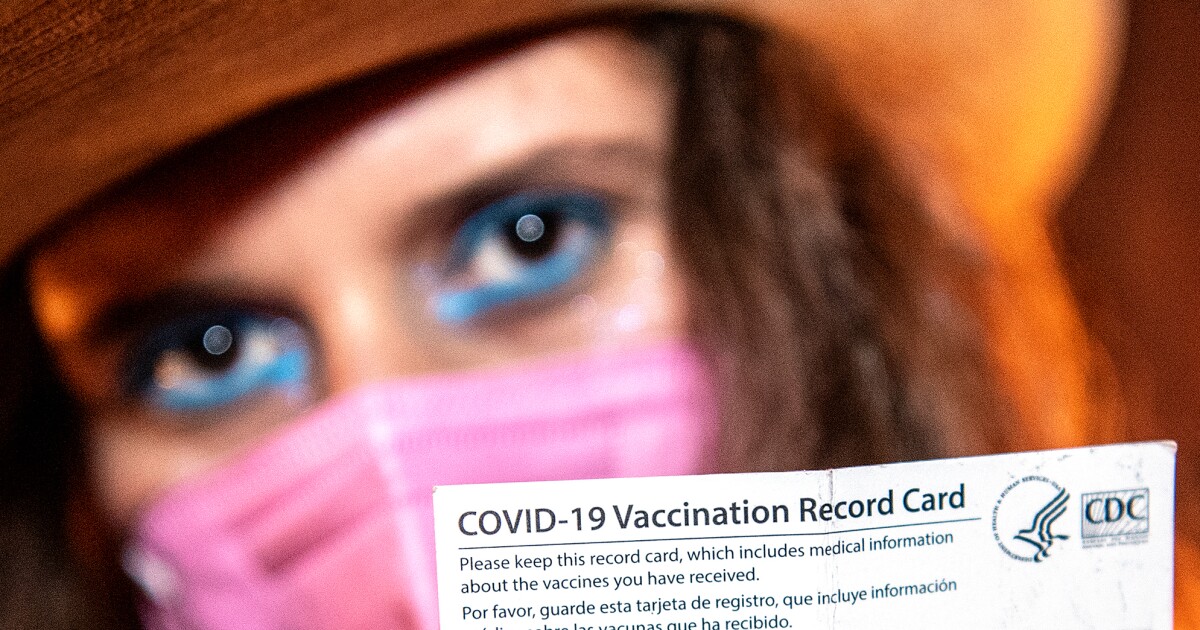 Going out? Here are the L.A. businesses that require proof of COVID-19 vaccine 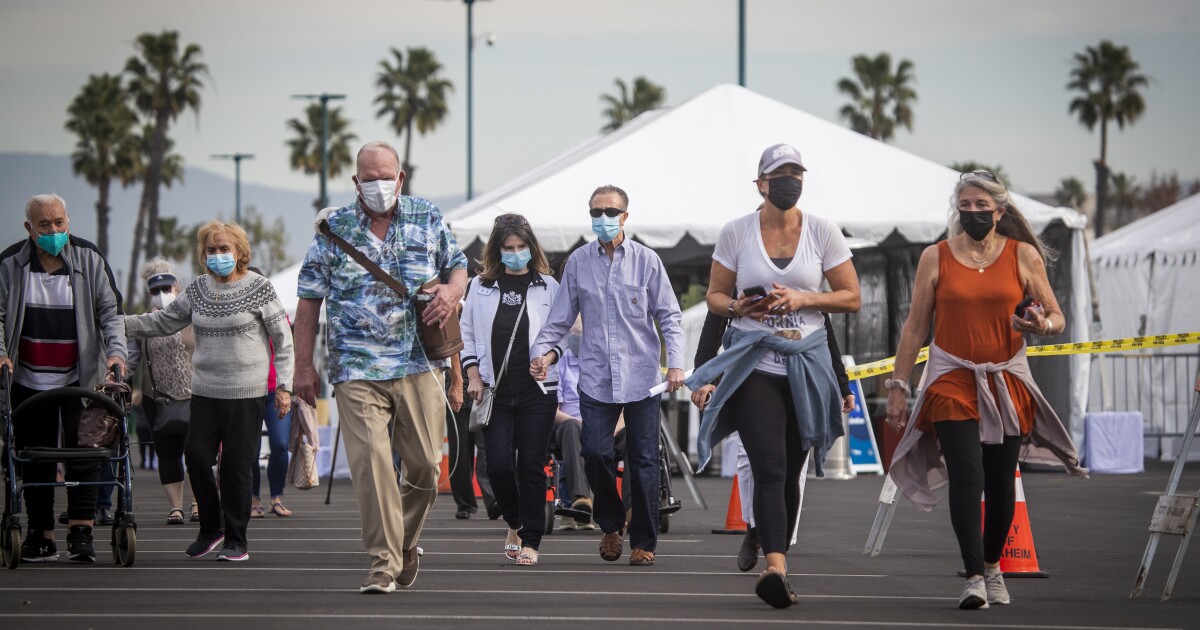