The fight against COVID-19 has become a race of vaccines versus variants.

That’s how many health officials describe the current state of the pandemic, as the circulation of even more infectious coronavirus mutations only heightens the urgency to get the vaccine into as many arms as possible as quickly as possible.

There has been some success on that front, and hundreds of thousands of Californians are now rolling up their sleeves every day.

But, with parts of Europe and the U.S. contending with startling rises in their case counts, there are troubling signs that another widespread wave could be forming.

It’s against this backdrop that California is widely expanding vaccine eligibility — first, to all residents age 50 and older starting Thursday; and then to everyone at least 16 years old later this month.

However, supplies of the precious doses, while growing, remain limited at this point, and officials warn that it will take some time to inoculate the millions of waiting Californians.

A positive forecast — if supplies hold up

Assuming a sufficient number of doses flows into Los Angeles County, four out of five eligible Angelenos could be vaccinated against COVID-19 by the end of June, Public Health Director Barbara Ferrer said this week.

That projection is based on the expectation that supplies will swell significantly over the next month. This week, the total number of doses flowing into L.A. — a pipeline that includes direct allocations to pharmacies, health clinics and federally managed sites — is around 500,000. By the end of April, Ferrer said, the hope is that the weekly haul is around 700,000 doses.

No sooner had Ferrer unveiled that optimistic forecast, however, than news broke of another possible kink in the supply chain.

Johnson & Johnson, makers of a single-shot COVID-19 vaccine that health officials hoped would dramatically accelerate the nationwide rollout, said late Wednesday that a batch of vaccine had failed quality standards and couldn’t be used.

The drugmaker didn’t say how many doses were lost, and it wasn’t clear how the problem would affect future deliveries.

It’s unknown at this point how, or whether, the issue will interfere with L.A. County’s timeline.

“We rely so heavily on having increased production and, like with everything in life, there can be problems and challenges that are unanticipated and we’ll have to adjust for that,” Ferrer said.

She said that in L.A. County, officials were “anticipating that about 20% of our doses over the next three months would be Johnson & Johnson doses, but we actually have run projections dropping that number to a low of 10%.”

As the vaccine dash continues, more areas of California — including Orange and Los Angeles counties, two of the state’s most populous — are seeing their coronavirus metrics improve to the point that they can more widely reopen businesses and other public spaces.

Both L.A. and Orange counties were cleared this week to progress into the orange tier, the second-most lenient category of California’s reopening blueprint.

With the move, a whole host of venues, including restaurants, bars, retail stores, museums and houses of worship, can increase their operations. The relaxed rules went into effect in Orange County on Wednesday, as soon as was allowed, but L.A. County officials said they are holding off until Monday.

The timing of the additional reopenings raised some eyebrows because a day earlier the director of the U.S. Centers for Disease Control and Prevention expressed a feeling of “impending doom” about the pandemic’s nationwide trends.

Public health experts say these are not necessarily mixed messages: Unlike some other states, California still has a number of pandemic-related rules in place, such as a mask mandate. Even as the state eases restrictions, its rules remain more stringent than in many other parts of the country.

However, California doesn’t exist in a vacuum. And there are concerning trends elsewhere.

“The trajectory of the pandemic in the United States looks similar to many other countries in Europe, including Germany, Italy, and France looked like just a few weeks ago. And since that time, those countries have experienced a consistent and worrying spike in cases,” CDC Director Dr. Rochelle Walensky said Monday.

Some of the hardest hit nations in Europe include Poland, the Czech Republic, Hungary, Italy, Slovenia, Sweden, Estonia, France and Germany, according to Dr. George Rutherford, an epidemiologist and infectious disease expert at UC San Francisco.

Part of the problem Europe is facing is the slow pace of vaccinations.

But vaccines are only part of the equation. Health officials say it’s important to maintain rules to stymie the spread of the coronavirus and keep new infections down while countries work toward herd immunity.

That’s why U.S. officials are so insistent that some states are moving far too fast in lifting pandemic control measures.

President Biden on Monday urged “every governor, mayor, and local leader to maintain and reinstate the mask mandate.”

Normality? Not so fast

A sense of normality may be further off in the future than many may think.

“I think we’re a ways away, frankly. Just look at what’s going on in Michigan and in New England, and you see new outbreaks going on,” Rutherford said last week. “I think there’s trouble ahead, frankly.”

Roughly 40% of Californians probably have some immunity to COVID-19, either due to vaccination or having survived infection, Rutherford said. That’s good, but the more coronavirus transmission there is elsewhere in the country, “the more there’s going to be pressure here. So I have to say … I think we’re maybe at the 25-yard line, not the 5″ he said.

Getting back to “normal” also may not be a permanent transition, he warned.

Supposing normality could mean people getting together inside, going out to dinner and returning to events, movies, theaters and sporting events, all without wearing masks, Rutherford said “that could potentially happen towards the middle to end of summer, but I’m not sure we’re going to be able to stay there.” 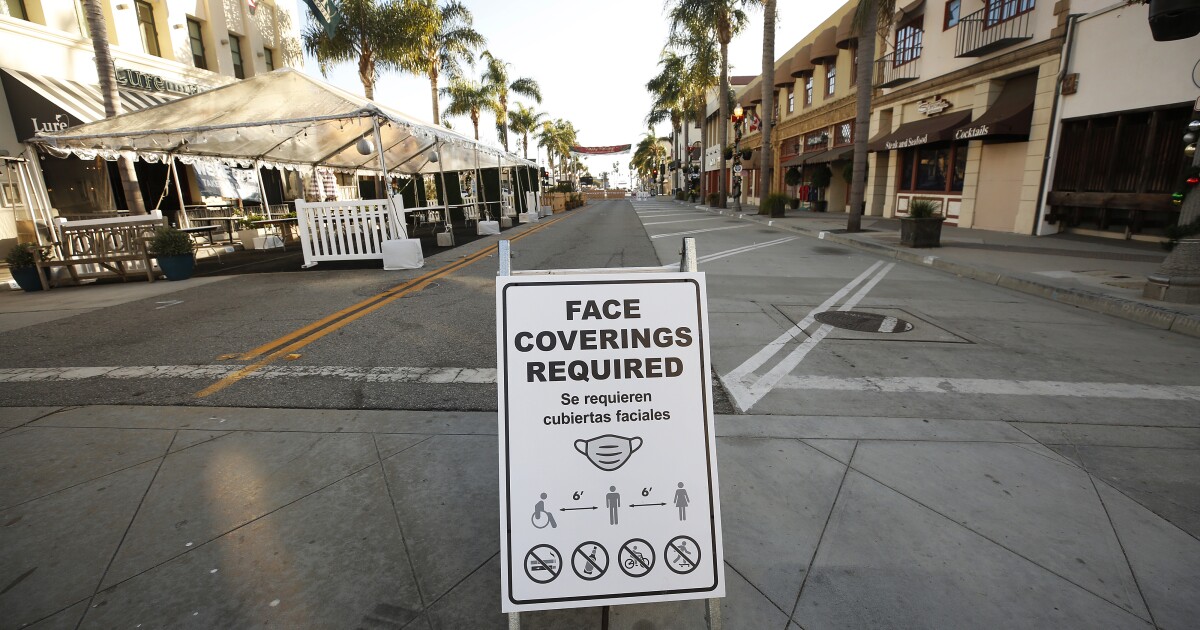 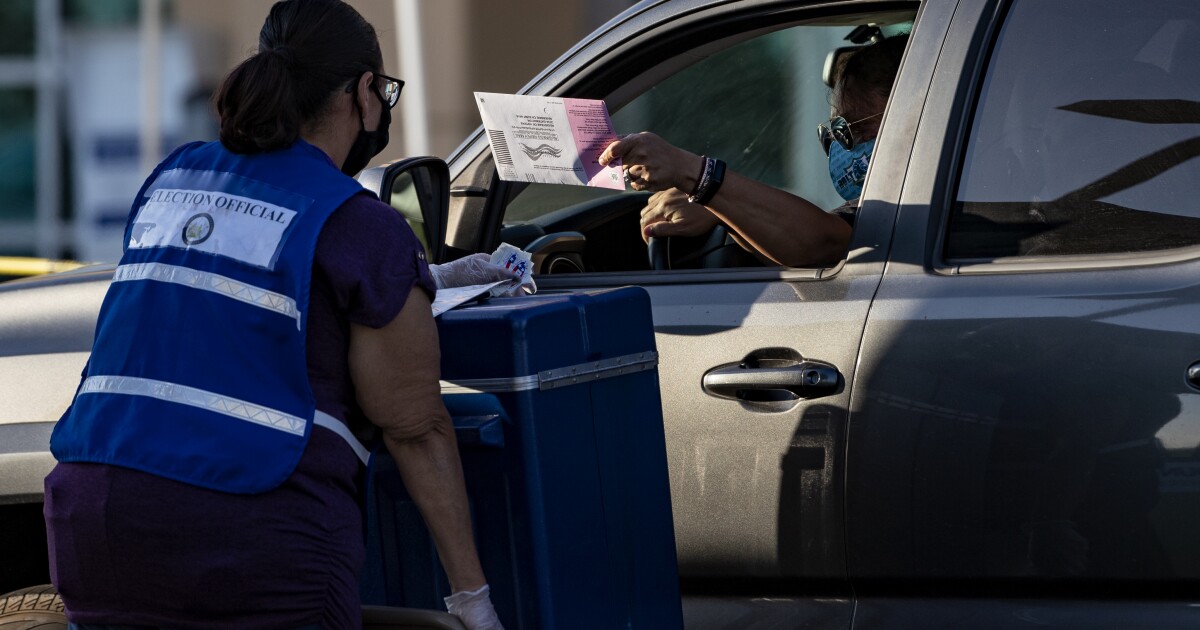 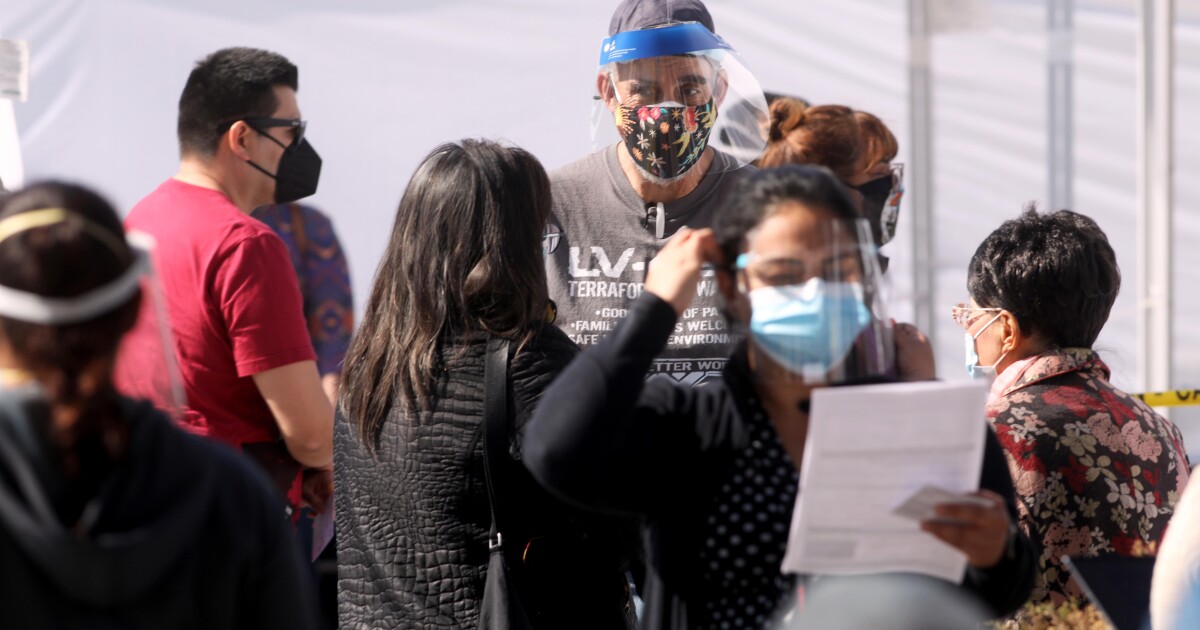 Who gets the COVID-19 vaccine next in California: Teachers? Workers? The disabled? The sick?