The Los Angeles school district stands to receive more than $1 billion from the new federal coronavirus relief bill — or about $2,150 per student — more than enough to wipe away a projected deficit for pandemic-related costs through the end of the school year, according to preliminary state estimates.

Combined with other funding, the total coronavirus support will add up to one of the largest-ever aid programs to local education. The new federal funding would be in addition to a $2-billion statewide plan that Gov. Gavin Newsom announced Wednesday to help school districts reopen their campuses. It’s also in addition to $894 million in outside coronavirus aid L.A. Unified had already budgeted.

Officials in the nation’s second largest school district are not prepared to say that this enormous infusion of one-time funding will be enough for the mammoth task ahead. District leaders must not only safely reopen schools, but address the learning loss and mental health needs of thousands of students brought on by ongoing social isolation, economic hardships and the disease itself as it courses through families.

“There is a decent amount in there for schools, distributed equitably, and for that, I’m grateful,” said L.A. school board member Nick Melvoin. “But we’ll have years of ongoing expenses to mitigate the learning loss and address the trauma caused by this crisis, and it’s hard to know whether any onetime investment — from state or federal government — is enough until we know how long we’ll be in this.”

Although the funding is likely to exceed what L.A schools Supt. Austin Beutner had recently sought, he continues to target additional dollars. A key initiative that he wants to explore is mandatory in-person summer school. That effort alone could cost $150 million to $200 million, he told The Times.

“The Congress is on my naughty and nice list,” he said at a recent appearance where he handed out donated gifts to district families in a Santa suit. Nice because Congress passed the relief act, “but they’re naughty because it’s not enough.”

Like other superintendents, Beutner has adopted a cautious approach to funding projections because of future uncertainties. Just as no one predicted in March that campuses would be closed for nine months and counting, future revenues also are hard to predict. State and local budgets fund about 90% of public school costs, and these budgets have been hammered by on-again, off-again economic slowdowns and shutdowns. And the latest federal aid package contained relatively little to prop up state and city revenue.

Already, budget cuts are undermining coronavirus aid to schools in other states, but not so far in California.

Beutner declined to comment, but prior to the winter break, he had been lobbying — along with leaders of other school systems — for $2,000 per student in coronavirus relief, an amount that L.A. Unified appears set to receive — and then some.

He and others initially scored the new federal funding at about $1,000 per student across the country. And that led Beutner to unofficially calculate a ballpark figure of $400 million in new money for L.A. Unified, which has 465,000 students in kindergarten through 12th grade. However, the legislation doesn’t hand out money evenly. Instead, it relies on formulas tied to federal anti-poverty aid, which is referred to as Title I funding.

L.A. Unified, with 80% low-income families, far surpasses the parameters that trigger higher funding rates. As a result, the district, which has about 1 in 12 of the state’s students, receives about about one of every five Title I dollars going to California.

That ratio would provide coronavirus relief for L.A. Unified of up to $1.3 billion, according to a preliminary, unofficial review from the California Department of Education. Other portions of the federal bill also may include significant dollars for the nation’s second-largest school system, said Jonathan Mendick, a spokesman for the state education department.

L.A. Unified’s combination of size and widespread poverty means that its aid dwarfs other school systems. The district with the next highest amount is Fresno Unified with $182 million, according to figures calculated by the news site EdSource, which first posted funding estimates.

The aid is likely to give L.A. Unified the per-student funding that Beutner was seeking. Many other school systems — those with lower numbers of financially struggling families — will have to make do with less per-student aid.

“It’s exciting to hear that L.A. Unified is going to be getting this extra funding,” said Elisha Smith Arrillaga, executive director of Education Trust—West, an Oakland-based research and advocacy group. “What’s going to be really important is that they target those funds to meet the needs of the students that have been most impacted.”

The planning should involve direct input from students and families, she added.

The new aid comes on top of about $894 million in state and federal relief funds already allotted for L.A. Unified, according to a district financial report from August. The total of COVID aid — about $2 billion — compares to a pre-COVID general fund budget of about $7.8 billion. L.A. Unified also can expect a healthy share of $2 billion in new state aid announced Monday, although exact figures are not yet available.

Beutner also has said the district should be reimbursed for an estimated $100 million in meals for adults, which it continues to provide as a public service. Meals for students already are federally funded.

Similarly, the district wants to be reimbursed for about $150 million it expects to spend on a pioneering, campus-based coronavirus testing effort.

Regardless of whether it gets more, “this cash infusion might first ensure steady COVID testing of kids and teachers,” said UC Berkeley English Professor Bruce Fuller, who has researched the district’s financial and learning resources. “Meticulous testing will make schools safe havens” and potentially diminish concerns teachers and union leaders have about the safety of reopening campuses, he said.

There are tens of thousands of parents, including Ellen Myles, who are hopeful that the relief funding — and the concurrent vaccine rollout — will result in a reopening of campuses as soon as possible once the current rampant spread of infection and illness is contained.

Myles, who attended Beutner’s Santa event at Washington Prep, praised the school’s efforts to keep students learning, but said her 10th-grade daughter needs social connections to her peers — and that too many students simply aren’t keeping up academically.

“A lot of children are falling behind because they’re not engaged,” said Myles. “They don’t realize that that’s going to affect them in the long run when they do come back to school.” 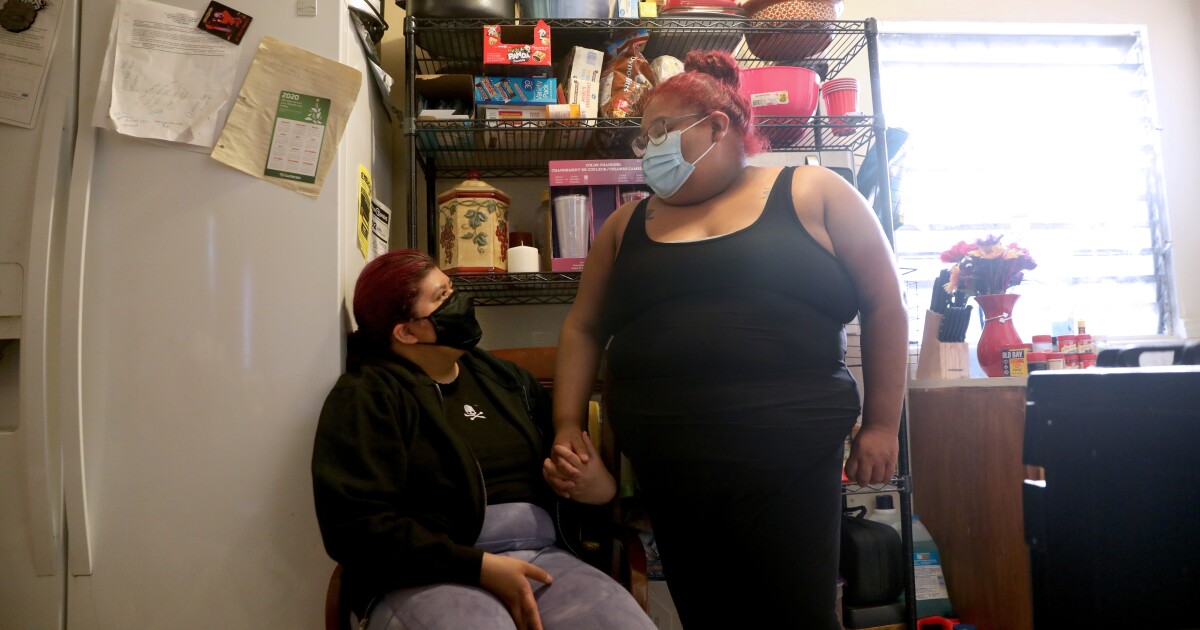 Letters to the Editor: What a pandemic is like for people who cannot escape it 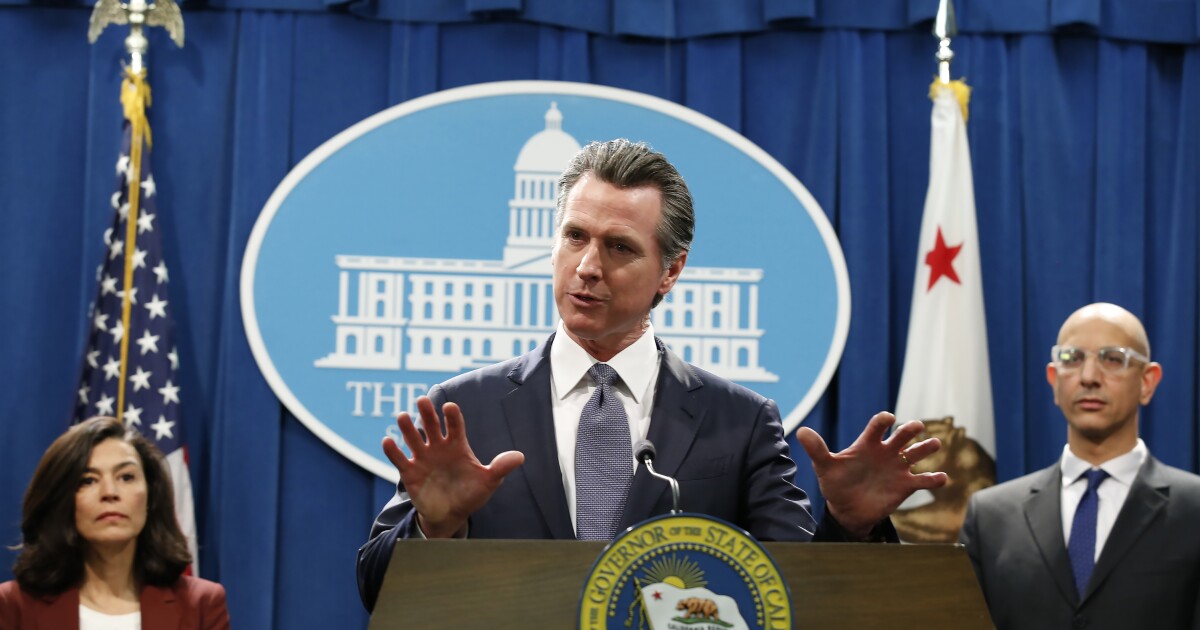 Inside Gavin Newsom’s fateful decision to lock down California 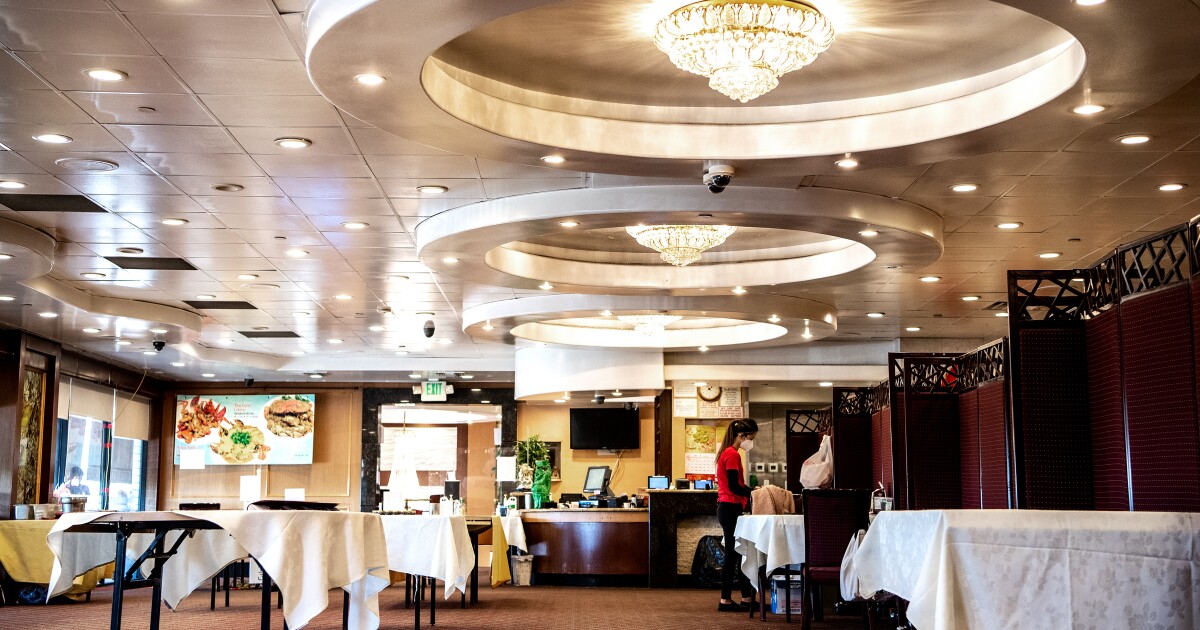 As COVID soars, so does unemployment in California