Antisemitic fliers that appear to link Jewish people with the anti-vaccine movement were discovered at four elementary schools in Santa Monica on Thursday morning, the latest in a spate of similar incidents across Los Angeles County, authorities said.

At one school, a flier was attached to a bin for book donations, and another one on an electrical unit, she said.

The fliers feature what appears to be a red-and-green Star of David with the phrase “anti-vaxxer” written on it in white block letters.

“We are recognizing an antisemitic element here with the image and the star,” Pinsker said.

A message on the fliers asks people to report those against vaccines “because you care and they don’t” and provides a number to text.

A text to the number, which has a Kentucky area code, say it’s an “Anti Vax Reporting Hotline,” run by the Safer Tomorrow Organization.

“We are a group of parents and concerned citizens securing our children’s future,” the text message reads.

When more information is requested, an automated response states that the organization is “starting to collect (but not act on) information on anti-vaxxers.” It continues, “That way we can work toward a solution together as a society.”

The fliers were found at Edison Language Academy, Will Rogers Learning Community, and McKinley and Grant elementary schools, according to school officials. The posters have sticky backs and are difficult to remove, Pinsker said.

“The school district is encouraging vaccinations for students and we do have a vaccination mandate for staff but it doesn’t seem that there’s any connection with any of those things,” Pinsker said.

Jordanna Gessler, vice president of education at exhibits at Holocaust Museum L.A., said the fliers associate those against vaccination with Jews.

“And it’s a very old antisemitic trope that Jews spread diseases that the Nazis perpetuated,” Gessler said in an emailed statement. “It dates back all the way to the Middle Ages when Jews were blamed for the Black Plague.”

Last month, fliers filled with antisemitic theories about the COVID-19 pandemic were found in driveways and front lawns of several neighborhoods in Pasadena and Beverly Hills, according to law enforcement officials.

The flier “contains propaganda-style hate speech related to the COVID pandemic and the Jewish people,” the Beverly Hills Police Department said in a statement. More than 200 fliers had been collected.

The fliers mentioned a “COVID agenda” and named several federal health and corporate officials while also noting they were Jewish. “Every Single Aspect of the COVID Agenda Is Jewish,” the leaflets read.

Similar fliers were distributed in other parts of the country, including Texas and North Carolina.

Beth Kean, the museum’s chief executive, called the posters found in Santa Monica “the work of haters” in a statement.

“Everyone not only in Santa Monica but throughout Los Angeles and frankly the world should be outraged and offended by such ignorant, insidious and vicious lies created by whomever produced these posters,” Kean said in a statement.

Kean said the museum seeks to educate people about “how such actions resulted in the deaths of millions at the hands of Nazi Germany.”

She added that she expects an investigation by police.

Flores said the investigation was still in the early stages, and it was not yet identified as a possible hate incident.

ERs are overwhelmed as omicron continues to flood them with patients 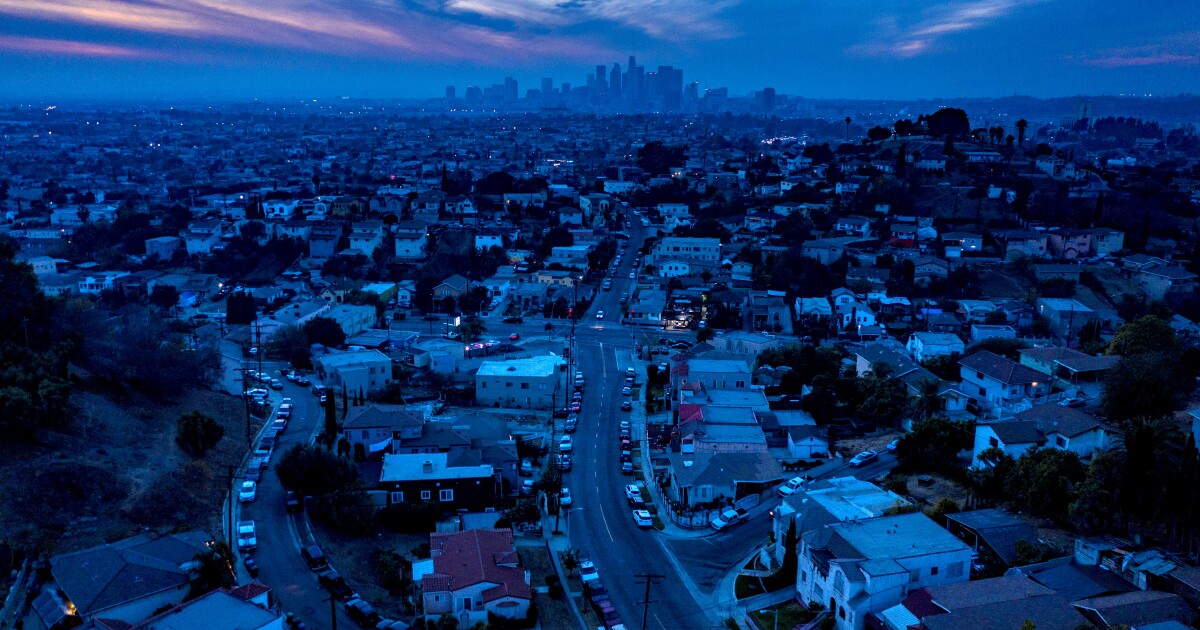 In East L.A., coronavirus has rewired the rhythms of daily life 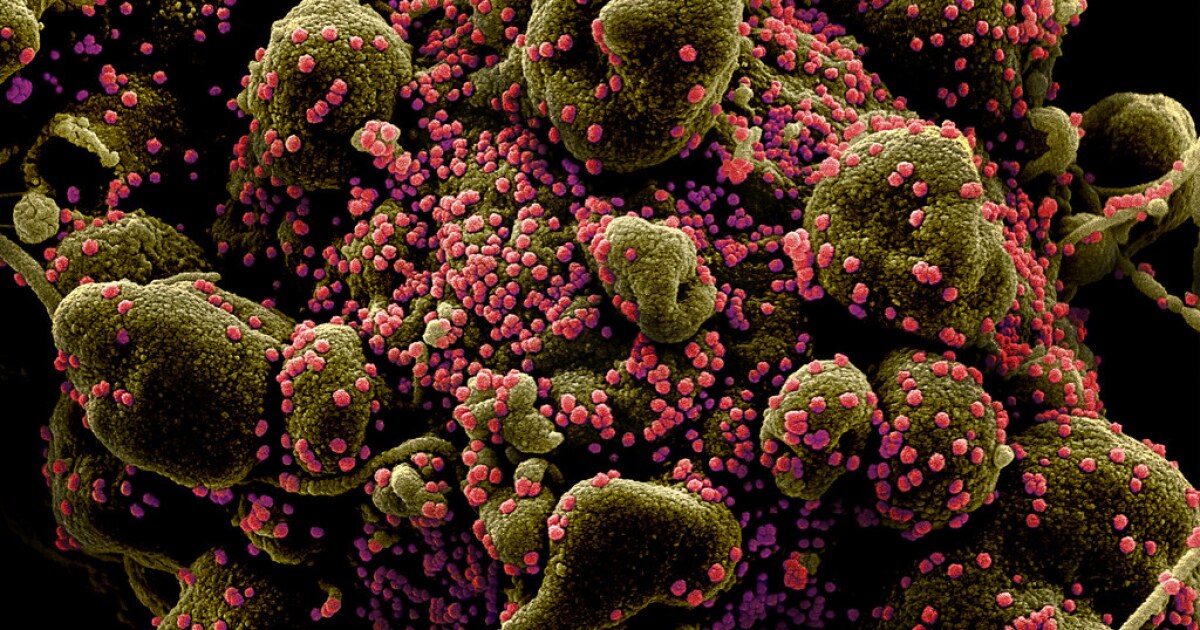 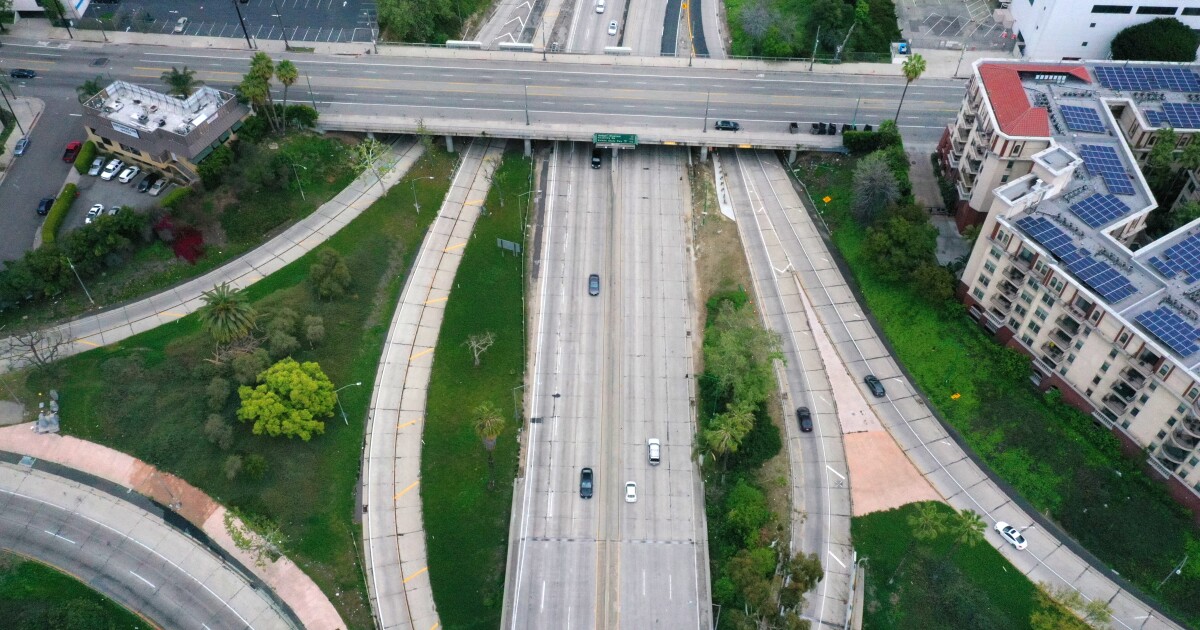 Global carbon emissions dropped a record 7% due to COVID-19. Don’t count on it to last