As 10 a.m. approaches, the men saunter out onto the basketball court at Joslyn Park in Santa Monica, ready for a pickup game. Or three or four.

They stretch and don protective gear. Kirkland Lynch has a guard on his left knee and a brace on his right ankle. There are no illusions here. Not only are their high school and college teams a memory, but COVID-19 has kept them off the court for the better part of a year.

They are sluggish, taking careful jump shots as they start to warm up. But on this sunny Saturday in June, it just doesn’t matter. Basketballs thump against backboards. The rhythm grows louder and faster as the minutes pass.

At long last, they’re back at Joslyn Park. Together. And that’s as important as the game itself.

“Everybody’s always looking for a good run, especially as young Black professionals,” said Jermaine McMihelk, an asset manager from Compton and one of the OGs, who started playing at Joslyn Park about five years ago.

“You want to play with folks that you feel like they have something to lose,” he said, “who aren’t trying to fight over the foul, who just came to have a good time.”

For this group of men, the basketball court at Joslyn Park is a sanctuary — a space that provides undisturbed fellowship, sometimes networking opportunities, and a healthy outlet for the week’s frustration.

They’ve gathered at the quiet court — their best kept secret — for years now and built a community along the way. Although their pickup games were put on hold by pandemic and lockdown, they’ve finally returned to their Saturday routine.

And they have their sanctuary back.

The main attractions at Joslyn Park are the playground, a small field where groups of women exercise, and the dog park where people congregate near benches and talk while their dogs mill around. It’s a sleepy neighborhood attraction — except for Saturdays, when this small group of guys from all over Los Angeles converge on the sole court.

Gameplay is quick, intense and physical. A sort of muscle memory kicks in with tipoff, and the teams are suddenly darting up and down the court. They jostle one another, shove and reach and grab to get to the basket.

There’s shouting as plays are called out. There’s swearing from the more passionate players. But they try to keep things gentlemanly. After all, there’s a playground just a few feet away.

The court at Joslyn Park is a great run, McMihelk said. It’s quiet. It’s equally accessible to guys coming from South L.A. but also other areas such as Hollywood, Los Feliz, and Silver Lake, where a few of them live. But more than anything, he says it’s the camaraderie that makes the run special. They catch up between games, share news and discuss business. Right now, the hot topic on the sidelines is cryptocurrency.

“I’m so busy during the week that I don’t have time to do a lot of stuff. I want to do that every Saturday, though. That might be the highlight of my week,” McMihelk said.

“It’s our golf course,” said Lynch, an attorney who’s also played at the court for years. “We get out there and talk shop — everything from investments to politics to sports, or just joking around. Those are our Saturday sessions where we debate and talk and, you know, congregate.”

It was all good until COVID hit.

The L.A. County Department of Parks and Recreation maintains 92 public basketball courts. The indoor facilities closed in mid-March of 2020. All other sports recreation areas, including basketball courts, were closed weeks later. Santa Monica had a coordinated response, closing its nine courts, including the one at Joslyn Park, March 12.

Still, not even the threat of COVID could keep some people off the court. Parks workers had enough instances of chasing people off closed courts and playgrounds that the department eventually decided to take the rims down.

Micah Akerson is the principal community services supervisor for Santa Monica. He oversees sports operations in facilities across the city and says shutting down took a lot of work and was surprisingly emotional.

“It felt so weird,” Akerson said. “It’s not something we like to do. We like to fill the facilities but, in this case, we had to do the opposite to keep everybody safe.”

Among the guys who played in Joslyn Park, the response to COVID was mixed. McMihelk and Lynch just stopped playing, deciding it was best to wait until the pandemic was over. Others held on.

A few courts were open during the shutdown, but their vibes weren’t the same as the Joslyn Park run — their locations didn’t work for everybody, or the people who played on them already had their own games and systems in place.

Jonathan Wall moved to Los Angeles during the pandemic and struggled to find a safe, open court. Then, one day in December, while getting his car detailed in East L.A., he happened to spot a court. For a few weeks, Wall just went out there by himself and put up shots. Eventually, he wanted to invite friends, including McMihelk, who he knew from his undergrad years, and Lynch, who he met in law school.

Wall is tall-ish and wiry, with a full beard and a ready smile. He’s a North Carolina transplant and a basketball fanatic. One friend he brought to the game was Jordan Lindsay, another newcomer, who moved to Los Angeles in May 2019.

Over the years, Lindsay’s job had him ping-ponging among Los Angeles, Atlanta, and New York City. Along the way, he could never find a consistent basketball court, one of the few places he feels at home.

“The only times, since I’ve been out here that I’ve felt super comfortable is while playing basketball,” Lindsay said. “I’ve always been somebody who has anxiety in larger social settings, but basketball is different; I don’t really have to say a lot or get too deep.

“The court just brings a sense of peace, and you can find your place on it without any problems. When Jon hit me up, I was like ‘Alright, perfect.’”

Wall kept everyone connected and motivated to play during the long months of the shutdown. He brought guys over to East L.A. from Santa Monica, then to another court in Highland Park. He tried to keep the spirit of the sidelines alive via group chats.

The friends mostly stuck to one-on-one games, small games, or they shot baskets alone as they figured out the safest way forward. All the while, vaccines were rolling out in California. They had to discuss who among them was getting vaccinated, who was socially distanced out in the world, who would play in a mask.

Asking for vaccine cards was bad court etiquette, it seemed, so they ultimately decided to go by an honor system. That meant everyone would act responsibly in their everyday lives and not come to the court if they had symptoms. Today, most have been vaccinated.

Outdoor courts finally reopened April 16, and the guys — the original crew from Santa Monica, Wall and his group — have been playing back at Joslyn Park since the first Saturday after. That they’re already a few Saturdays into their schedule shows their commitment to the ritual, their eagerness to get back to it, and just how much they get out of playing the game.

“Not too long ago, I was at Ocean View Park and saw a guy on the court shooting. I said something to him about how nice it was to have the courts back, and I think he yelled something like ‘freedom.’ We both were really happy,” said Akerson from the city of Santa Monica.

It took a lot of patience and careful coordination on all parts to get back to the game. The result of that hard work is the perfect Saturday morning, win or lose.

The guys are rusty after a year without consistent play. They have less energy, for now, and it takes a little longer to find their individual and collective grooves. Still, they play with intensity and rip through four games before noon. By then, they’re sweaty and breathing heavily.

“It all came back together so quickly,” McMihelk said. “It went from this huge void to, once the vaccine rolled out and everybody was comfortable, we picked up like we never left.” 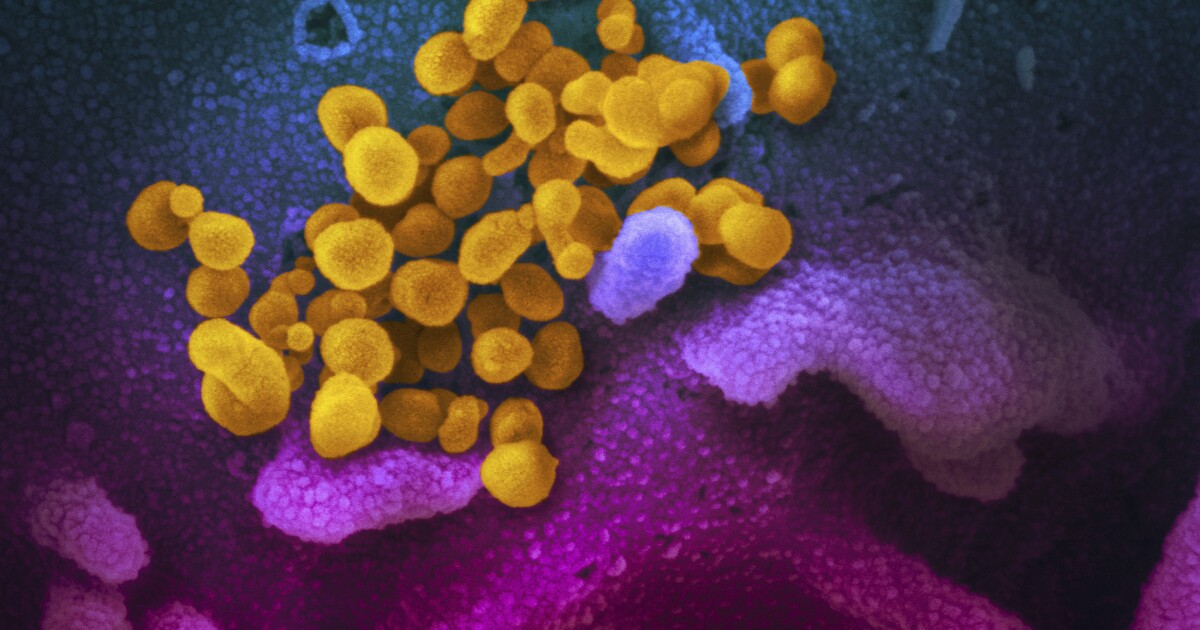 COVID-19 and lasting erectile dysfunction: Here’s what we know 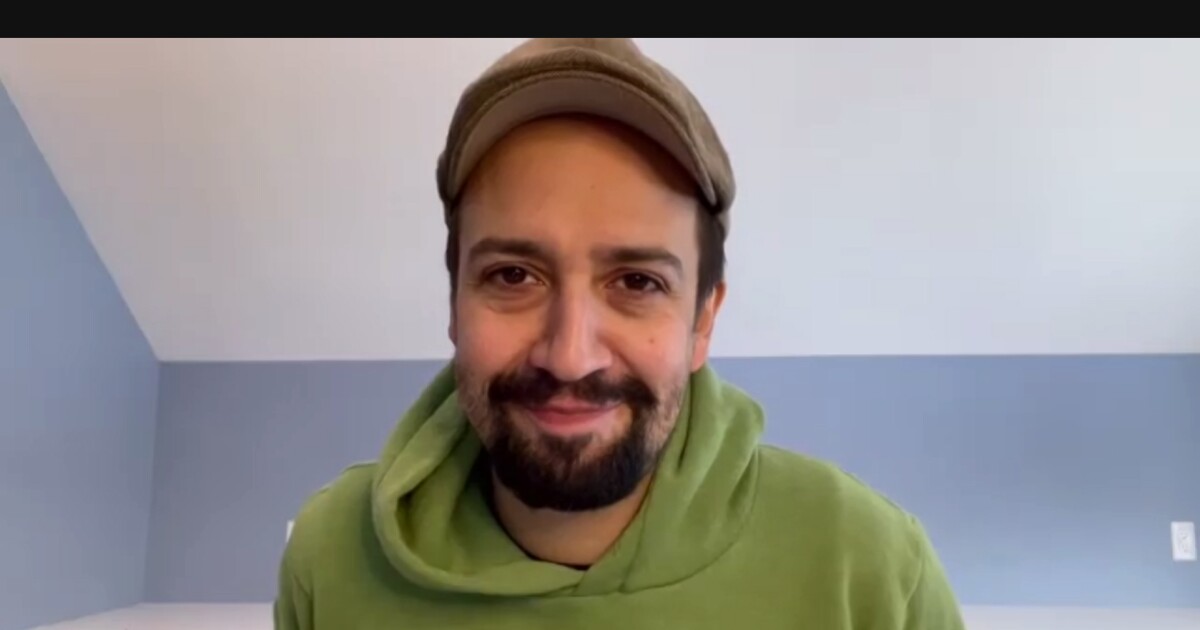