Adolescents accounted for a larger share of suicides across 14 states in 2020 than they did over the previous five years, according to research published Monday.

The findings were described in a research letter in JAMA Pediatrics, as medical groups and health experts increasingly sound the alarm about the soaring mental health challenges of young people.

In October, three prominent children’s health organizations declared that child and adolescent mental health had become a national emergency. The announcement followed a report from the Centers for Disease Control and Prevention, which tracked emergency room visits from suspected suicide attempts before and during the pandemic. The results showed that in February and March 2021, those visits were 50 percent higher among girls ages 12 to 17 than during the same period in 2019.

For the new study, a team of Boston-based researchers compared the number of suicides among children and teenagers ages 10 to 19 in 2020 to the average from 2015 to 2019. They then analyzed the totals in relation to suicides across all age groups. The results showed that adolescents accounted for a larger share of all suicides in 2020 — 6.5 percent — than they did during the five previous years, 5.9 percent.

There were significant variations among the 14 states, however. In 2020, adolescents accounted for a larger proportion of all suicides in California, Georgia, Indiana, New Jersey, Oklahoma and Virginia than they had previously. But the share dropped in Montana and Alaska, while Arkansas, Colorado, Connecticut, Nebraska, Ohio and Vermont did not have statistically significant increases or decreases.

Suicide is a leading cause of death among young people

But it is unclear how big a role the coronavirus pandemic has played in the recent trends, because anxiety and depression among children and teenagers were a public health problem before the pandemic. From 2013 to 2019, 1 in 5 teenagers in the U.S. had experienced episodes of major depression at some point, according to the CDC. Suicide rates among people ages 10 to 24 increased by 57 percent from 2007 to 2018.

“We were already seeing increases in rates of mental health problems, including suicide rates, among youth even before the pandemic, so it wouldn’t be surprising if we continue to see increases, especially among youth of color,” said Regina Miranda, a psychology professor at Hunter College who was not involved in the new research.

The new study, however, raises the question of a possible link between teen suicide rates and Covid-related grief. From April 2020 to June 2021, more than 140,000 U.S. children lost primary or secondary caregivers because of the pandemic, according to the CDC.

“We know from past research on depression that kids who experienced a parental loss early in life are at increased risk of experiencing depression later in life,” Miranda said.

The pandemic, of course, also introduced other stressors, including remote learning, social isolation and economic burdens on families, which could have worsened existing mental health challenges.

“We can’t deny that this is a massive casualty event and it may affect kids differently,” said Marie-Laure Charpignon, a co-author of the research and a Ph.D. candidate at the Massachusetts Institute of Technology’s Institute for Data, Systems, and Society.

A recent report from the CDC found that more than half of high school students had experienced insults and other forms of emotional abuse from parents or other adults in their homes during the pandemic. CDC officials said the results underscored how much stress families were experiencing.

If you or someone you know is in crisis, call the National Suicide Prevention Lifeline at 800-273-8255, text HOME to 741741 or visit SpeakingOfSuicide.com/resources for additional resources.

A big week for children’s Covid vaccines: Here’s what to expect 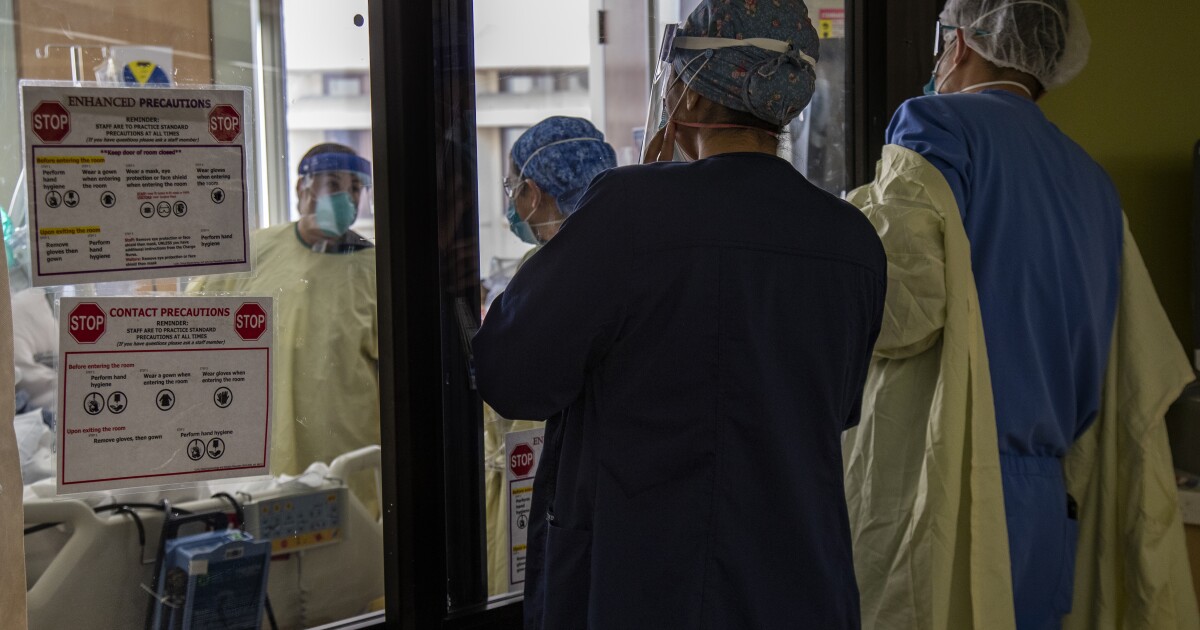