Last March, just before the state of California ordered us to stay at home, Gary Handman settled into the comfy blue couch in his North Berkeley living room and on his iPad drew the first of what would add up to 365 cartoons to mark each day of Year One of the COVID-19 pandemic.

That first day, his cartoon alter ego sat in an armchair with books, papers, cookies and bottles of Purell scattered around him, under the words: “The Great Indoors: it was sort of fun … for awhile.”

Two days later, accepting that he would be in those Great Indoors for the long haul, Handman started numbering his daily offerings in what he named his “Journal of the Plague Year,” with a nod to Daniel Defoe.

It goes without saying how devastating the pandemic has been for those of us who have lost loved ones and jobs and housing or have had to put ourselves in peril to earn a living or juggle long work hours with shepherding children through online school.

Handman’s opus was a real-time, light, often very funny take on a different, far-from-the-front lines pandemic life that some of the rest of us have been fortunate enough to experience. It focused almost exclusively on the relatively cushy modern-day shut-in experience — lived inside our homes and inside our heads and staring at screens, big and small.

Over time, it would touch on many classic pandemic new normals — do-it-yourself at-home haircuts, meals fashioned from whatever oddities happened to be found in the pantry, new passions for close observing, house purging, backyard squirrels and organizing the spices in the spice cabinet, jumpiness at passing too close to strangers on neighborhood walks.

In his cartoon world, Handman would wander far and wide, riffing on music, film and TV, literature and art, often picking up a famous artist’s style for a frame — as in his play on a macabre Edward Gorey alphabet that reads, “G is for Gary trapped in a house, P is for Pammy shut in with her spouse.” (His wife, Pam, in cartoon form, also made regular appearances.)

I’m telling you about Handman’s cartoon journal first and foremost because I happen to think it’s brilliant and I want more than just his friends and family members to see it.

But that’s not the only reason. To me his project, which he started on a whim because he had so much newfound free time, is a fine example of how the scaling back the pandemic forced on us benefited those who were mostly on the sidelines of the hardship and suffering.

Our national timeout has ridded a good many of us of the daily busy-ness that kept us from stopping to reflect much. It has given some of us who were overscheduled much more room to be present in our lives. It has kept us from so much, but it also has kept us from running away from ourselves. It has provided the space required for us to dig deeper.

I worry that we’ll give up this newfound room in our lives too easily in our rush to get back in every way to normal, and that we’ll be the worse for it.

I’ll say more about this as I go. Please bear with me. I’m moving at the pace I began slowing to in our deepest pandemic seclusion, when it sometimes seemed oppressive that we had nothing but empty hours to fill. Handman certainly felt that way at the start.

He’s 71. He’s retired, not as an artist but as a librarian at UC Berkeley, where he worked for more than three decades. For 28 of those years, he ran the university library’s Media Resources Center, one of the nation’s major academic video archives. That helps explain all the reference material he’s got filed away in his brain. Though he freelances, being an artist, a cartoonist and an illustrator has always been more of a hobby.

Before he started the daily posts, he told me, he was looking at the sudden blank slate of his days and feeling a combination of “bored and scared.” His cartoons gave him something not focused on fear to do. They helped to slow the rush of his “monkey mind.” They became a form of meditation.

They kept him focused on one really good thing he could do rather than on the many other good things now off limits.

He loves his daughter, Becky, 32, who is in graduate school in Davis. But he wasn’t able to see her much — and when he did, it had to be at a distance, outside. He loves hosting dinner parties, which were out of the question. He had to stop going to his beloved market, the famous Berkeley Bowl, and fondling the vegetables, selecting only the best. He was grateful to be able to pay for the Instacart shoppers who went there in his stead, but that wasn’t the same. One had never heard of green beans.

Drawing settled him down. Thinking about what to draw kept his thoughts from flitting by too fast to catch. He began to focus on the material to be found in the pared-down menu of activities a more restricted life had to offer — long walks in the neighborhood, long hours to read and listen to music, so much more time to notice things he hadn’t previously noticed and to reminisce about moments in his life he hadn’t thought of in years.

At a time when he might otherwise have felt entirely unmoored, his cartoons served as an anchor. Friends responded to them in an ongoing online conversation that lessened the distance of enforced separation.

I didn’t know all that in early February when Handman first wrote to introduce himself after he’d read my column about how the L.A. Public Library was asking people to contribute to a digital archive focused on our pandemic experiences. But right away, once I went online to find them, his many-layered cartoons drew me in.

One day I came across Edgar Allan Poe, another day Emily Dickinson, yet another Charles Bukowski. On Day 86, I found cartoon Handman hanging from a clock on a building a la Harold Lloyd in “Safety Last!” On Day 346, two cartoon Handmans stood in a wallpapered hallway wearing matching blue dresses, mouthing a twist on some of the best-known words in “The Shining.”

I loved when his cartoons touched on our loneliness and isolation, on our nostalgia for a seemingly simpler past, on our missing what was. I loved how they also pointed out that staying mostly at home could sometimes feel back to basics in the best way. He captured those moments when we felt like dogs barking through the window at some better world just out of reach. I laughed at his images of “COVID couture” and at the Hug-O-Matic machine and fine dining simulator in his fantasy pandemic inventions .

And I kept imagining the real Handman himself, sitting somewhere behind the closed front door of his house, drawing his way through the darkness.

I talked to Handman, who grew up in Culver City, just a few days after he posted Day 365, as we all marked our pandemic first anniversary. I’d been thinking about him as I thought about why that marker was sitting so strangely with me.
I am so relieved to think we might be nearing the end of the pandemic — the end of daily counts of hospitalizations and deaths. I’m so terrified to think that we might not be.

I’m excited by the prospect of returning to the freedom of the Before Times — to eat at a restaurant, go to a movie theater, fly on a plane and hug a friend without high anxiety. I’m also melancholy about giving up my cozy and productive, sweatpants-comfy, all-but-car-free homebound life.

The thought of that, I have to admit, turns me a little inside out. Because, if I’m honest with myself, there are so many things I’ve loved about staying put, ramping down, spending more time sitting still with my thoughts.
When I asked Handman if he would have produced 365 cartoons without the pandemic, his answer came quickly: “No. I would not have done anything vaguely like this.”

Instead, he drew and drew, and in the process, got better at drawing, he said. Absorbed as he was in a fulfilling endeavor, unlike his cartoon alter ego, he suffered very little angst. And out of a bad year he made something really good.

Happy birthday, Animal Crossing: New Horizons. Thanks for saving my 2020

‘Ruby’s Raechelle Banno On Playing Opposite Her Real-Life Twin: ‘It Seemed Meant To Be’ 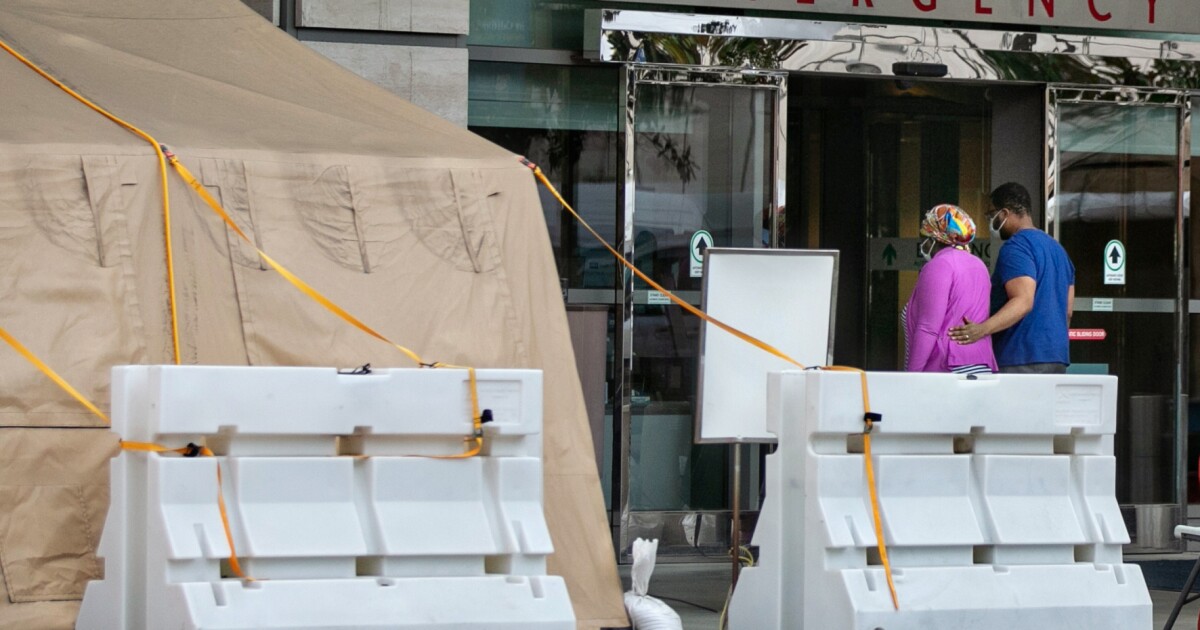 On 9/11, Chinatown residents watched the towers fall. Some are still recovering. Editorial: Covid-19: The gift that keeps on taking