Amanda Gorman, the national youth poet laureate who electrified audiences with her reading during President Biden’s inauguration, spent her teenage years writing in journals that she got for free at WriteGirl workshops.

Now that Gorman, 23, is a bestselling author, she’s elevating the visibility of the Los Angeles-based mentoring program that supported her efforts, including her successful application to Harvard. (Of WriteGirl’s 55 to 60 graduates every year, 100% have gone on to attend college.)

And yet despite the visibility Gorman has brought to WriteGirl, the nonprofit still found itself in a sea of community and arts organizations struggling to tread water during the pandemic.

Many groups wrestled with financing and fundraising while suffering from the identity crises that arose when organizational missions to perform or gather in groups were made impossible.

Enter the L.A. Arts Recovery Fund, which in May issued $36.1 million in grants for post-pandemic rebuilding to 90 local small-to-midsize cultural organizations. Among those receiving the one-time grants was WriteGirl, which received $272,000.

WriteGirl serves about 400 teen girls a year, supporting their writing through workshops and mentorships with professional female writers. The grant money is being used to migrate workshops and mentorship meetings online in a fun and engaging way for the TikTok generation. Virtual events mean you don’t have to rent a space or provide catering, but you do have to pay for Canva, Zoom, Mailchimp and more.

“We use 14 different kinds of technology, and they all charge, and you need people to help with all of that,” WriteGirl executive director and founder Keren Taylor said.

Gorman has inspired girls who wouldn’t have otherwise found their way to the program, Taylor said, and the grant will make sure these fresh voices have the support they need as they move through the program.

Initiated by the J. Paul Getty Trust and administered by the California Community Foundation, the fund draws support from the Ralph M. Parsons Foundation, the L.A. County Department of Arts and Culture and the Andrew W. Mellon Foundation, among others. The Ford Foundation’s America’s Cultural Treasures regional initiative — designed to support Black, Latinx, Asian and Indigenous art organizations — funded 17 organizations, including Tia Chucha’s Centro Cultural in the San Fernando Valley and the Robey Theatre Company in downtown Los Angeles. The former will receive $450,000, and the latter will get $193,000.

“This funding will support our leadership staff, cover some of our overhead expenses such as rent and utilities, and help with any programs that may fall short of funding,” Tia Chucha Executive Director Michael Centeno said by email.

Centeno added that the center was forced to close for most of 2020 because of the pandemic, and all programming went virtual. The organization’s careful return to in-person activities this fall includes free and low-cost workshops in photography, music, cooking, community organizing and art, as well as a youth mentoring program designed to help underserved communities.

The Robey Theater Company also took its programming virtual for most of 2020 and plans to keep it that way possibly until the April premiere of a play it commissioned by Levy Lee Simon, “In Heated Discussion.”

Producing Artistic Director Ben Guillory said the grant money came in the nick of time for the 27-year-old company, which takes its inspiration from the late singer, activist and actor Paul Robeson.

“Our mission statement is to produce and develop plays about the global Black experience, and to reinvent Black classics,” Guillory said. “For two years we have not been a theater in my view because we haven’t produced plays.”

The loss that Robey theater artists felt not gathering together and making work for the stage was made up for, in some part, via Zoom meetings, readings and playwriting workshops. A playwrights lab worked particularly well online, Guillory said, because it cut down on the difficulty some writers had commuting to — and parking in — downtown L.A. Selected plays developed during those sessions will be commissioned and shown as part of the company’s Paul Robeson Theatre Festival in early July. One of those plays will become the Robey’s fall production.

If another COVID-19 variant doesn’t rear its ugly head, 2022 could look like a fairly normal year, with a spring and a fall production, as well as a three-day festival featuring five plays over the summer. The company rents a few cubicles at the Los Angeles Theater Center and needs to pay for a stage only when it is working on a production.

“The relief has helped us keep a very tight budget on most of the events that we have created through Zoom, and of course, our general overhead and costs,” Guillory said.

Another organization buoyed by the recovery fund is the Eagle Rock-based Santa Cecilia Orchestra, which dubs itself the only professional symphony orchestra in the nation with a specific commitment to the Latino community. At full strength the group consists of about 80 people, mostly musicians, with three full-time staff members and a few part-time artistic personnel. The orchestra stages about 10 concerts per season and reaches about 16 schools per year.

Founder and conductor Sonia Marie De León de Vega said that during any given show, 85% to 95% of the audience is Latino. The vast majority of shows and programs are free.

De León de Vega began playing piano at age 5 and grew up going to classical music concerts. Like many people of color, she was struck at a very young age by how few people at concerts looked like her, both onstage and off.

“So I bought it to our communities and gave free concerts and introduced it to the adults through their children,” she said. “Soon the kids were begging their parents to go to these concerts.”

Since its founding in 1992, Santa Cecilia has ushered more than 190,000 children through its arts and learning center, running a summer arts day camp out of a gated, two-building facility with a garden courtyard, and operating a music mentorship program for middle- and high-schoolers.

The summer arts program went dark in 2020, and Santa Cecilia returned any payments or deposits parents made for the program. Since March 2020, the orchestra has had zero earned income. It operated largely off of a rainy-day fund that it had meticulously saved. The recovery fund grant of $130,000 to be paid over two years is crucial to helping the orchestra get back into pre-pandemic shape. Money will cover general operating expenses, pay staff and compensate musicians who are professional union members.

Santa Cecilia has been doing small concerts via Zoom throughout the pandemic and had hoped to return to live performances in September before the Delta variant ended that plan. Now, De León de Vega said the orchestra has set its sights on January for that happy moment.

“I knew from the beginning that if anyone knew how to face this pandemic it would be people in the arts,” she said. “I knew we would make it through, and that everyone in the arts would be the second responders.”

For the vaccinated, how risky could holiday gatherings be? 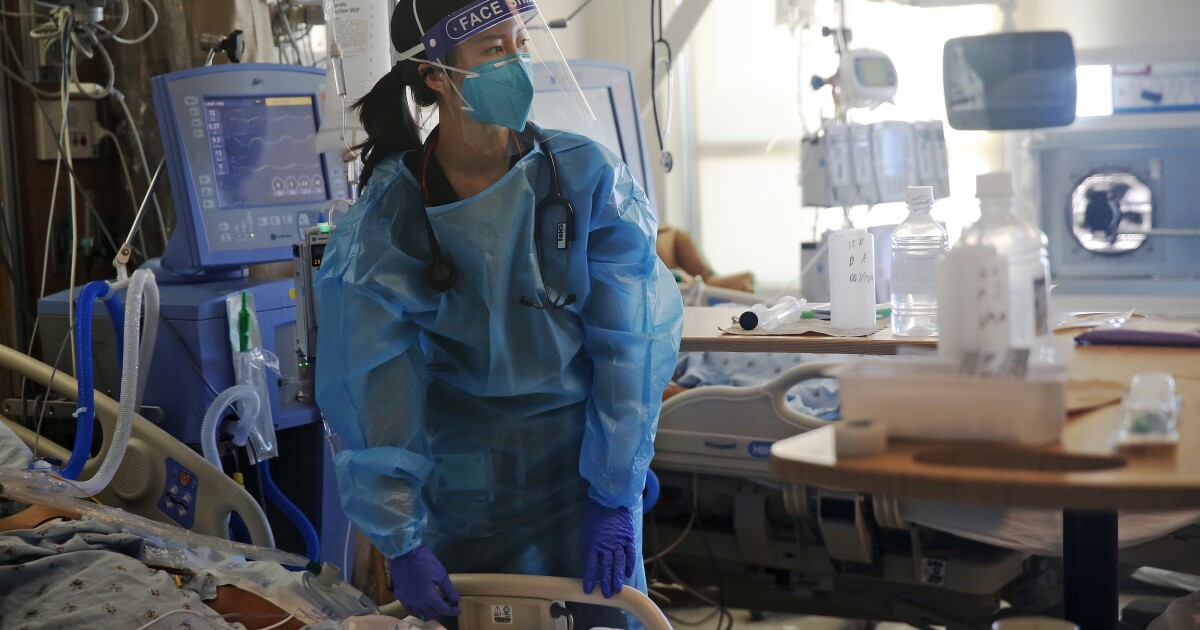 ‘I was just bawling in my PPE’: Surge fades, but anguish remains for healthcare workers 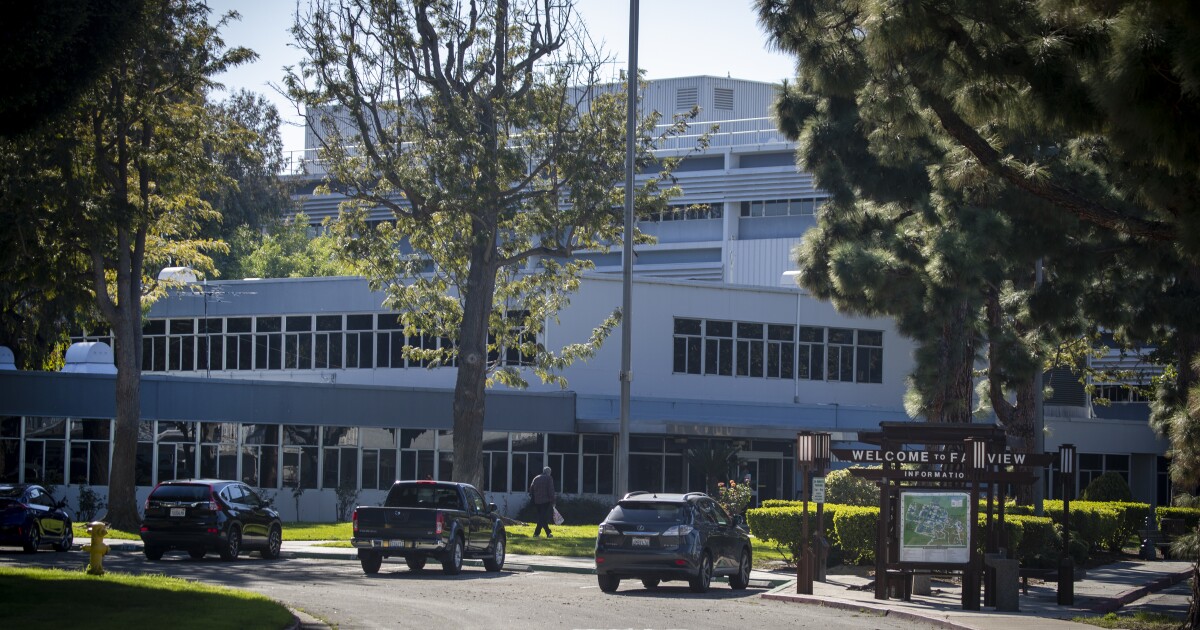