If you want to get the most out of your Nintendo Switch, it’s worth signing up for the company’s Switch Online subscription service. Think of Xbox Live or PlayStation Plus, but for Nintendo. If you want to play games like Animal Crossing: New Horizons or Super Smash Bros. Ultimate online, you’ll need to pay $3.99 for a month, $8 for three months or $20 for a full year .

You could also opt for the $35 family plan, which is meant for households with a bunch of people who want their own accounts. It lets up to eight people play online for a year.

Get more out of your tech

Learn smart gadget and internet tips and tricks with CNET’s How To newsletter.

Let’s take a look at the service’s features, so you can wring every drop of value out of your subscription.

If you want to visit a friend’s island in Animal Crossing: New Horizons or battle a team in Pokemon Sword and Shield, you’ll need a Nintendo Switch Online subscription. However, one major multiplayer game will work without a subscription: Fortnite is playable online even if you don’t have an active online subscription.

Subscribing to Switch’s online service lets you access a library of old games, like Netflix for Nintendo games. These are all found within the “Nintendo Entertainment System — Nintendo Switch Online” and  “Super Nintendo Entertainment System — Nintendo Switch Online” apps, which you can download from the eShop. Within the apps, you’ll find wallpaper spreads of classic video game box art. Select one, and you’ll be instantly dropped into the game.

Much like the NES Classic and SNES Classic retro consoles, you can switch between visual filters in the apps’ menus — a 4:3 mode, pixel perfect and a fuzzy scan-line-filled CRT mode for the true retro experience.

Less retro is the cheeky rewind feature — if you want to try something again, you can press and hold ZL and ZR to jump back a few frames, and it’ll be like your mistake never happened.

Nintendo has also added an online multiplayer mode, even in games that don’t have multiplayer modes — you can pass the second player controller to a friend over the internet, so you can take turns. You can also try SP versions of some games, which add special features.

The initial September 2018 selection included 20 NES games, and it ballooned as Nintendo added two or three a month after that. A set of 24 SNES games brought it into the big time in August 2019, and it’s been adding to both consoles’ libraries periodically since then.

You’ll also lose access to your NES and SNES libraries if your console is disconnected from the internet for more than a week — the console needs to check in with the service every seven days to make sure you’re still subscribed.

Here are the lists of games available within each app, with SP versions highlighted.

You can access more classic games via the Japanese eShop, at no extra cost. Here are the steps for this:

1. Create a second Nintendo Account and set Japan as the region. You’ll have to use a different email address than the one linked to your regular account.

2. Create a new profile on your Switch and link it to your Japanese account.

These apps are similar to the NES and SNES ones, in Japanese. They also contain that country’s versions of games and a few that aren’t available in the West:

There are also some SP versions that’ exclusive to Japan. There are some regional differences in games, beyond the language. The Japanese version of The Legend of Zelda was released on the Famicom Disk System, a Japan-only console expansion that never got an NES equivalent. So it has a more complex soundtrack, offering richer music with more audio channels and instruments than the Western release.

The Japanese release of Super Mario Bros. 3 is also slightly harder. When Raccoon Mario gets damaged in that version, he drops all the way back down to small Mario. In the Western one, Raccoon Mario drops into Super Mario, so you can take an extra hit before losing a life.

Your main Nintendo Account’s subscription will give you access to the apps from the Japanese store, so you won’t need to pay for a separate subscription. If you can overcome the language barrier — all the text will be in Japanese — it’s worth giving these games a try.

For Nintendo Switch Online subscribers, game data will automatically be backed up to Nintendo servers if you have an internet connection. If you sign in to your account on a new console, you’ll be able to download that data and pick up right where you left off. It’s an easy, simple way to protect the time you’ve invested in Nintendo Switch games.

Certain titles aren’t compatible with this feature, to prevent cheating. On the surface, that seems to make sense — players can’t hack their Pokemon Sword and Shield data to get all the starters — but it means that competitive multiplayer games with a single-player component aren’t protected. If you lose your Switch and want to pick up where you left off in Splatoon 2’s single-player campaign, you’ll be out of luck.

If you cancel, you have six months to resubscribe before your cloud data is potentially deleted, Nintendo told IGN. That’s the same amount of time Sony gives PlayStation Plus users.

Online multiplayer is great, but without the ability to talk to other players, it’s a weirdly solitary social experience. That’s why voice chat is so important. Unfortunately, Nintendo’s solution to voice chat is a little strange.

Most game consoles allow you to plug a headset in to the console’s USB port or audio input jack and talk to players directly through the game. But most Nintendo Switch games that support voice chat require the user to piggyback off a phone, using the free Nintendo Switch Online app, available on Android and iOS.

To chat with other players in Splatoon 2, you’ll need to download the app on your phone, invite your friends to a Skype-like VoIP chat in the game, then fire up the app and, finally, connect to your match. You’ll be talking with your team on your phone while playing the game on your console.

An update made it a little better, in certain games. If you start a multiplayer session in the Switch’s NES library, the phone app will automatically detect your play session and connect you to your friend. Some games will even let you chat with other players who aren’t on your friends list: Mario Kart 8 will tell you that other users are in voice chat, prompting you to open the app.

If you want to have a traditional console experience, you’ll need to buy a complicated audio splitter to literally tether your Switch to your smartphone.

It isn’t a user-friendly experience, which is why some games sidestepped it — you can chat in Fortnite by plugging a headset in to the console and playing.

Nintendo Switch Online members will get access to special offer, like discounts, in-game items or the ability to play a Switch game for free during a set period.

From Dec. 30 to the end of Jan. 5, subscribers can play Crash Team Racing Nitro-Fueled — including single player modes, local multiplayer and online multiplayer — for free.

Mario-themed battle royale game Super Mario Bros. 35 throws you into a 2D arena with 34 other players, all battling it out to be the last survivor. It’ll be available to subscribers until March 31, 2021.

Prior to the June 2019 release of Super Mario Maker 2, Nintendo introduced its Nintendo Switch Game Vouchers promotion, which let you download two qualifying Switch games for a set price of $100, instead of paying $120 to buy them separately. Nintendo updates the list of eligible games regularly; this offer applies to the recently announced Paper Mario: The Origami King.

It’s also offered free original games, like Tetris 99, which came out in February 2019. A physical version has since become available for $30, in a bundle with a 12-month Nintendo Switch Online subscription.

If you subscribe for a year, you’ll get in-game items for Animal Crossing: New Horizons, Super Smash Bros. Ultimate and Super Kirby Clash.

If you want to feel extra retro when playing the console’s retro library, Switch-compatible NES and SNES Controllers for Nintendo Switch are available only to subscribers. It’s $60 for a pair of NES ones and $30 for a single SNES pad, but they’re currently sold out.

Your Nintendo Switch has individual user profiles for each user. The company also has a Nintendo account to manage your profile and purchase-history on the website, console devices and phone apps. To use Nintendo Switch Online, you’ll need both.

Just make sure you link your profile to the right account — any Switch profile linked to a Nintendo account will be permanently locked in.

If you want to sample the goods before shelling out any money, Nintendo is offering a one-week free trial. The seven-day trial offers almost all the benefits of the core service, but it won’t let you access special offers, like those retro NES and SNES controllers.

If you don’t like the service, however, you’ll have to manually disable auto-renewal to avoid being charged a $3.99 monthly fee at the end of your trial.

Prepaid subscription cards are available at select retailers, but the easiest way to buy the service is simply to try to play a multiplayer game on your Switch — it’ll take you directly to the eShop to complete the sign-up process.

This post will be updated as more features, games and offers are added for Nintendo Switch Online subscribers.

Yes, you can fix your cracked Nintendo Switch

'Triage officers' would decide who gets care and who doesn't if COVID-19 cripples L.A. County hospitals 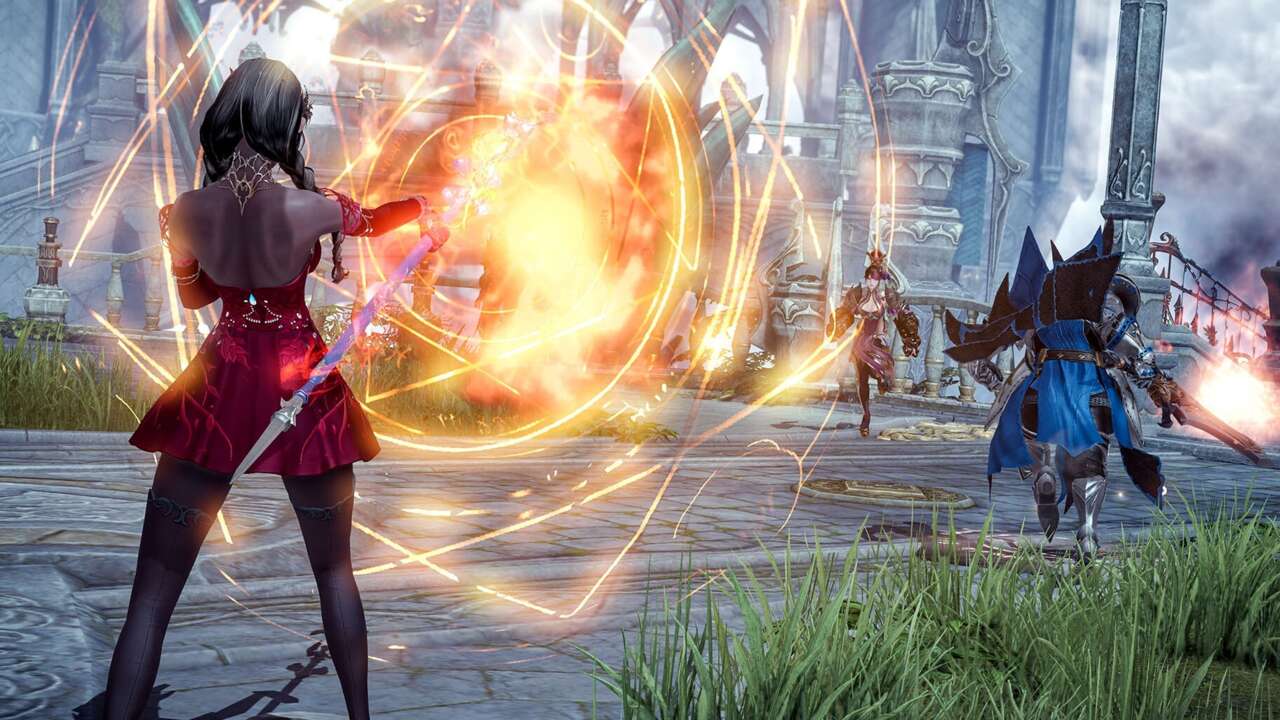 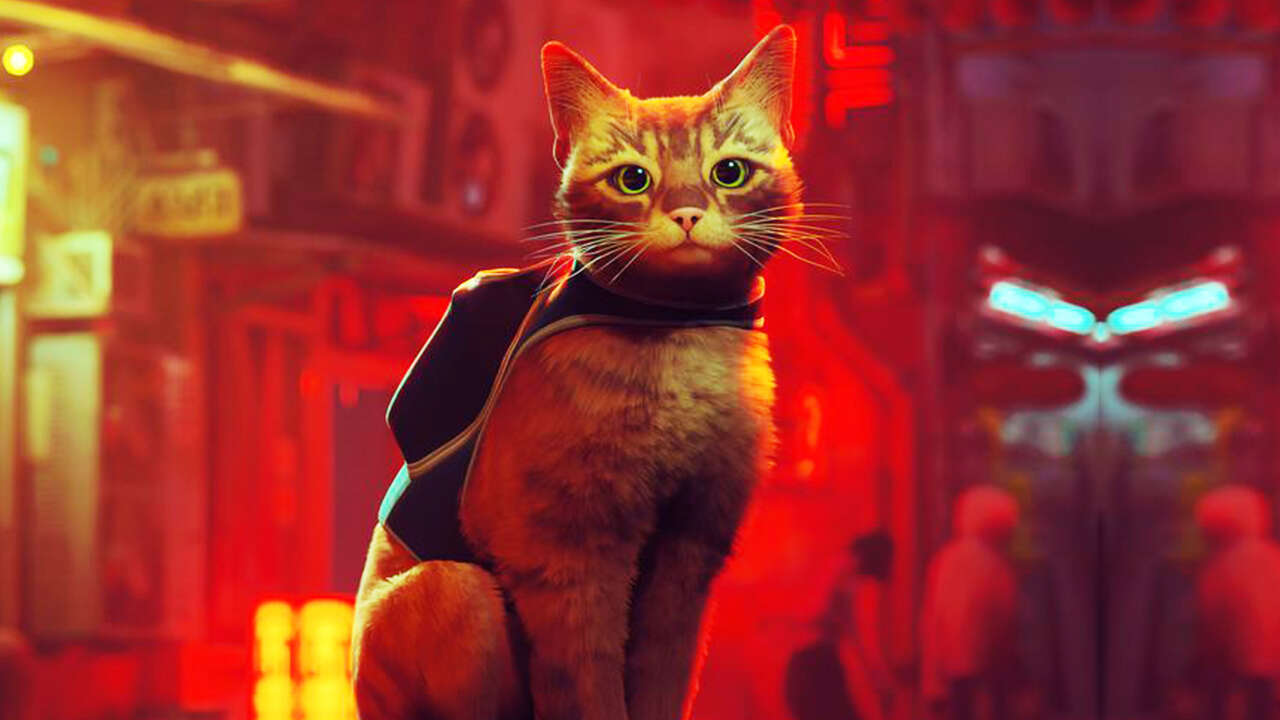