That end has come. The first season of Halo on Paramount+ is over and the show certainly didn’t go out quietly. In fact, Halo delivered quite possibly its best episode yet, which is reassuring given last week’s episode included a Master Chief sex scene for some reason. The ninth and final episode of the season, “Transcendence,” included a major death, some of the most explosive action the series has had yet, and a fairly big cliffhanger to pick up when the show returns.

Warning: The following contains major spoilers for Halo Season 1, Episode 9–“Transcendence.” If you’ve yet to watch the episode, you should stop reading now.

We have to start with the episode’s most heartbreaking moment. Makee (Charlie Murphy) is dead…probably. We learn early in the episode that while she thinks she’s valued by the Covenant, they actually just see her as yet another human that needs to be eradicated. And when it looked like she was ready to turn from them to save Master Chief–as she activated the artifact–they followed through with killing her.

Chief, too, paid the price and set up the primary cliffhanger for Season 1. It looks as though John died and Cortana took control of his body–something he requested she do so they could save his fellow Spartans while also escaping with the artifact. Is Chief still alive in there somewhere? Unless this show is taking a major step away from literally everything we know about Halo, it’s seriously doubtful. However, knowing that’s not him in the armor was a sobering moment.

Then, of course, there’s Halsey. This season was interesting as we watched Halsey become a true supervillain. She has no allegiance to anyone but herself and what she sees as the betterment of the future. And, at first, it looked like she had been apprehended by the UNSC–who was going to put her to death. However, it’s then revealed that she actually left a flash clone of herself to take the fall, while escaping with her team. However, at this point she doesn’t have a team of Spartans to do her bidding or the artifact. So chances are she’s going to be pretty desperate when Season 2 rolls around.

As with every other episode, there was also a good selection of Easter eggs and references to Halo lore embedded throughout the episode. We’ve gathered the seven best for you to dig through. Then, please feel free to sound off in the comments with your own.

Take a look below at the seven things we found in this episode and let us know what you expect to see in Season 2.

The CDC is investigating 180 cases of children with hepatitis. The cause is a mystery

Eight new travel books to read on vacation this summer A Look At A Script For The Cancelled Deus Ex Movie 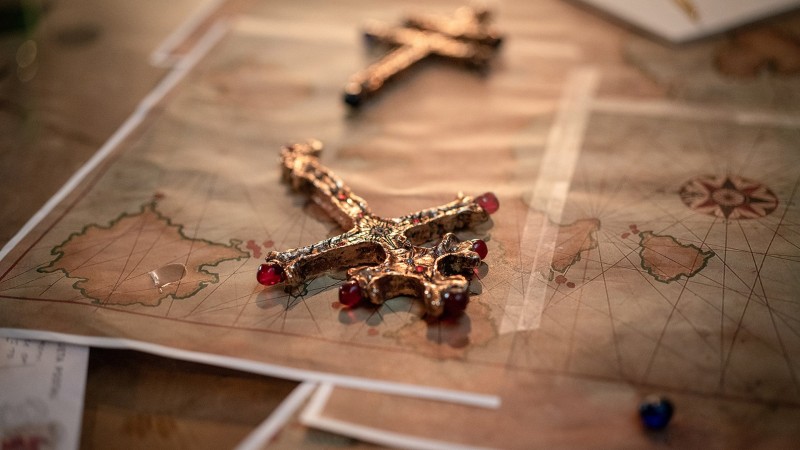