Steve Austin took HollywoodLife back to his legendary WWE days, when he saw a fresh-out-of-high-school LeBron James ring side in Cleveland!

WWE Hall of Famer “Stone Cold” Steve Austin is arguably the greatest and most influential professional wrestler to ever step into the ring. His stone cold, beer-smashing, jean-short-wearing persona and attitude is cemented in WWE history, as well as in the hearts of wrestling lovers all over the globe (including mine!). Therefore, Steve knows a thing or two about being a legend in his sport, similar to other extraordinary stars in their respective sports — like LeBron James, who paid tribute to the WWE icon on March 16.

LeBron honored the special day by wearing a custom “James 3:16” t-shirt while entering Staples Center for the Los Angeles Lakers matchup against the Minnesota Timberwolves. He later shared a photo of his Stone Cold-inspired look to Instagram, with a caption quoting Steve’s famous line: “And that’s the bottom line, cuz Stone Cold said so!’” The four-time NBA champion added, “Happy 3:16 folks!”

After Steve saw LeBron’s shirt, “It put a big smile on my face. It was a very cool moment to see that,” the Straight Up Steve Austin host told HollywoodLife while discussing his new commercial with Tide. “To go back to a little history with LeBron, I’ll never forget, when he was the hottest basketball player first coming up out of high school and the Cleveland Cavaliers drafted him, we were working at the Cleveland Arena back in the day when I was on fire in the business [of WWE],” he recalled.

“We got LeBron James in the first row and he had this little flip phone, and he actually took a picture of me and there’s video footage of it. I was Stone Cold at the time, so I couldn’t go down there and shake his hand or give him a hug, so I just remember giving him a look and kind of nodding at him and acknowledging him of course,” Steve continued, noting, “And now, all of these years later, the magnificent career he’s had, that he would wear a ‘LeBron 3:16’ shirt is very flattering. It goes back, he watched my career and I’ve watched his entire career, so full circle on that,” he said.

LeBron has been around so long, he recorded Stone Cold Steve Austin on a FLIP PHONE 😳

When asked if he’s ever shared the memory with LeBron, himself, Steve admitted, “No because we’ve never crossed paths!” He recalled, “I wanted to go shake his hand, but that’s just not something that Stone Cold would do and that was way back in the day. Now I look back and I think, ‘You dummy, you should’ve just shook his hand,’” Steve admitted. “But, we’ve never met in person, so maybe one of these days our paths will cross, you know it’s a small world and maybe I’m sure we will one day.”

If you’re unaware of the famous meaning behind “Austin 3:16,” it’s a catchphrase that helped catapult Steve’s Stone Cold character to new heights. He coined the term in 1996 at the King of the Ring match, where he won the King of the Ring tournament by defeating Jake “The Snake” Roberts in the finals.

Much like LeBron, Steve has carved his own legendary path by leading with authenticity. “I don’t pretend to be anyone else other than what I am. Whether you like it or not, I am what I am,” he said. “I’ve been fortunate enough through a great career with the WWE and the other partnerships I’ve had that people continue to support me and I’m forever grateful for that.”

In addition to his many career ventures — his Broken Skull Sessions are airing on the Peacock network; he’s in the beer business (Broken Skull IPA); and he’s continuing his longstanding relationship with Kawasaki Motors — Steve has partnered with Tide for the laundry detergent’s new #TurnToCold campaign, alongside Law & Order SVU star Ice-T, (and other stars with cold-inspired names). The new campaign aims to help educate consumers about the environmental benefits of washing in cold water.

As for what made Steve team with Tide? — “It was an easy sell for me because of the people involved, Ice-T, Vanilla Ice ,” he said of the star-studded cast the detergent brand enlisted for the new spot. “Just a little bit of a history lesson, when I grew up in South Texas, my mother always used Tide so I’ve been using this stuff for years. And, me personally, I already wash all of my stuff in cold water exclusively,” Steve explained. “As part of conservation efforts as well, the ‘Turn to Cold’ campaign is easier on your clothes, the planet and it saves energy.” Fans can catch Steve in Tide’s new commercial and A&E’s biography documentary airing on April 18. 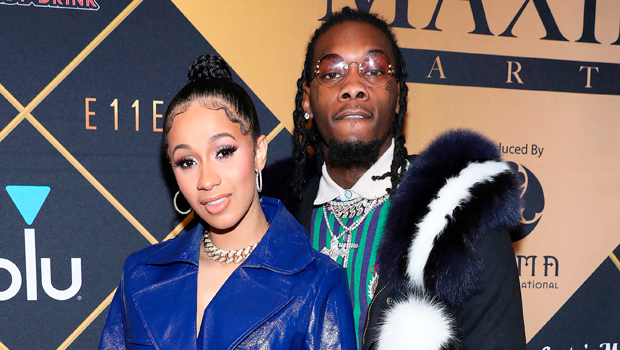 Piers Morgan Among Those In The U.K. Unhappy About The Oprah Winfrey Interview With Meghan Markle and Prince Harry – The Shade Room

Who’s in the Zone? Inside Britney Spears’ Inner Circle