Roommates, debates about who is the best in the world of hip hop date back to the very beginning of the genre and social media has made the conversation even more intense…just ask Saweetie. During a recent interview, Saweetie gave her pick for the best rap bar by a female of all-time—and she chose none other than the Queen Bee herself, Lil’ Kim.

Saweetie recently talked about all things hip hop in a recent interview with ‘Insecure’ star Issa Rae for an episode of Issa’s Apple Music ‘Raedio’ Show. When it came time for her to choose who she thinks belongs in the Hall of Fame when it comes to female rap bars—she bestowed the honor to Lil Kim.

Singling out Kim’s bars on her song “Not Tonight” from her 1996 debut album “Hardcore,” Saweetie had this to say:

“I like when she says, ‘Tryin’ to impress me with your five G stones / I’ll give you ten Gs, n***a, if you leave me alone.’ When I heard that, I was like, I felt it. I knew what she meant and that’s just the most boss thing someone could ever say. I love that line.”

She also discussed her other female rap influences, including Missy Elliott and Foxy Brown. “My mom listened to a lot of Lil’ Kim and Foxy [Brown]. I’ve always liked their demeanor. Like, their demeanor is just—I know that when they step into the room, like you can just feel that boss-ness. They always just felt so powerful to me. I love me some Missy. I always tell people, ‘If I’m gon’ get nasty, I’ma get nasty like Missy ‘cause she’s always creative and she’ll make you think.’ That’s what I drew from her.”

Saweetie ended things by getting her fans hype for they can expect from her upcoming album “Pretty B**ch Music.” “It’s looking like more than 17 songs. It’s hella long! I’m really excited. I really am… I used to struggle with my sound. I didn’t know how to properly deliver. I didn’t know what inflection was. I couldn’t find producers who made sense with my brand and my voice because all those things work congruently to make a good song,” she said. 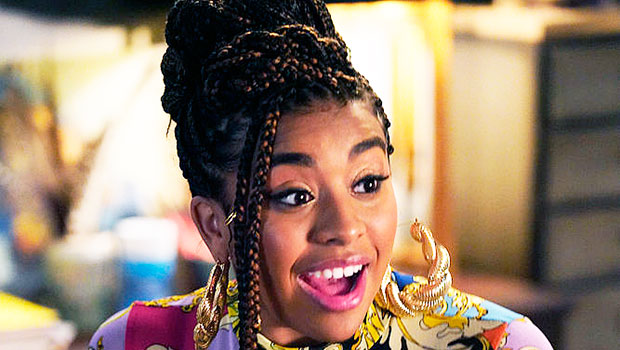