Game, set, KISS! Russell Crowe had to stop mid-match to make out with his pretty blonde girlfriend Britney Theriot while playing tennis near his home in Sydney, Australia.

Russell Crowe is back in the dating game eight years after his separation from wife Danielle Spencer, and two years after their divorce became finalized. The 56-year-old Oscar winning actor was photographed kissing his 30-year-old girlfriend Britney Theriot during a game of tennis on Nov. 10, 2020. The Gladiator star looked so crazy about the adorable blonde  — who bears a slight resemblance to Danielle — as he put his arm around her shoulder to plant his lips on hers. They later stopped to grab refreshments at a nearby cafe before returning to Russell’s penthouse in the Woolloomooloo area of Sydney.

Tennis seems to be a way for the couple to not only keep fit, but enjoy each other’s company. The pair took part in an Oct. 12 match in Sydney where Russell was first linked with the beauty, who is 26 years his junior. At the time she was a “mystery woman,” but it turns out the Unhinged star crossed paths with Britney in a film seven years ago. She has an acting credit in his 2013 film Broken City, which also starred Mark Wahlberg and Catherine Zeta Jones.

Broken City is Britney’s only acting credit, and it is unclear what her career is today. But their film encounter came right as Russell and actress wife Danielle, 51, separated in 2012, after nearly ten years of marriage. The pair initially fell for each other while filming the 1990 movie The Crossing, before Russell left Australia and became a Hollywood heavyweight. The couple married on April 7, 2003 and have two sons, Charles 16, and Tennyson, 14. Russell and Danielle’s divorce was finalized in April 2018.

Even after their split, Russell opined on how much he would always care deeply for Danielle and had adored her ever since their first movie encounter. In 2015, he told the Sunday Times “I’ve loved Danielle Spencer since 1989 – that’s never going to change – and that’s one of those things where I stare at her and go, ‘How did this fail?’ I still can’t work it out, because my feelings for her have never changed.” He then seemed to hold out hope that they could work things out, adding, “Once I commit to something, I stick with it, so you never know.”

Danielle has made sure to remain cordial with her ex over the years. In June 2020, she told the Daily Telegraph that “The marriage ended, but that didn’t mean our friendship ended. We’ve had holidays together in the past and we can happily sit down and chat.” She added that, “We have a lot of respect for each other and I consider him to be a member of my family.”

Kendall Jenner Shows Off Longer & Lighter Hair Makeover In A Bikini: See Her Look Before & After

The Nominations For The 2021 NAACP Image Awards Are Released! – The Shade Room 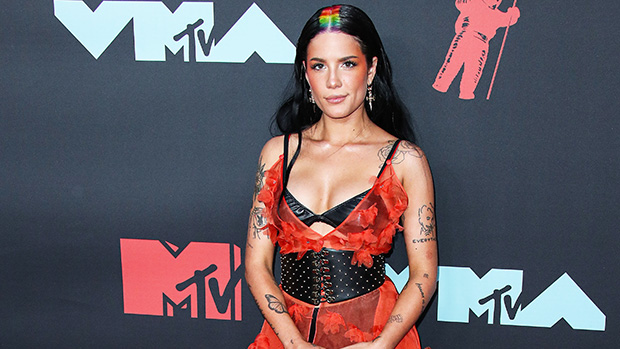