Take a look back at how Quavo and Saweetie got together and how their romance came to an end with this timeline.

Saweetie and Quavo had one of the most famous romances in music. Their fans absolutely adored them together, but after video surfaced of the couple in a physical altercation, it became clear that the two were officially over. Let’s take a look back at how the former couple got together, spent their romance, and how they ended their relationship.

Dating Rumors During The 2018 Summer

Rumors that the Migos member, 30, and rapper, 27, were a hot new item began swirling during the summer of 2018. Fans really started to wonder whether the two were together when Saweetie starred alongside Quavo in the music video for his song “Workin Me,” which debuted in late August 2018. The pair had palpable chemistry in the video. But it turns out that the two had been pretty flirty for some time.

Saweetie Confirms The Relationship In September 2018

It wasn’t until September 2018 that Sweetie finally confirmed the couple’s romance. “You know, we worked together and ever since then we’ve been getting to know each other,” she said during her appearance on The Real. “I enjoy his company.” But what was it that actually brought the twosome together? Well, modern technology of course!

“At first, he DMed me,” Saweetie revealed during her March 2019 appearance on Big Boy’s Neighborhood. “You know what, it was weird because his DM went straight to my [inbox.] It went straight in, it didn’t go to the requests.” After exchanging some DMs, Saweetie said that the two “kept running into each other,” including an outing during New York Fashion Week in 2018.

By March 2019, the couple was really going strong. Quavo and Saweetie collaborated again on the music video for Saweetie’s song “Emotional,” and the two finally took their romance to social media. First, Quavo confirmed that the two were definitely an item. Then, on March 31, 2019, Saweetie wrote the sweetest caption to a post featuring Quavo.

“I’ve seen many sides of Cho Cho but today was something new,” she wrote. “Seeing someone use their talents and influence to put on an event in their community for a good cause is so selfless, refreshing and inspiring!!” Saweetie wrote alongside a photo of herself, Quavo, and Colin Kaepernick. “So much love was in the building proud of yoooooou [Quavo].”

Their First Scandal In December 2019

Although the two seemed to be as strong as ever throughout 2019, the end of the year brought about the first scandal that the two had to maneuver. A woman took to Twitter with a series of claims that Quavo was cheating on Saweetie with her. Fortunately, eagle-eyed fans noticed the screenshots that she was sharing featured a filter over her face. Plus, they also noticed that Quavo wasn’t even on the main screen of her screenshot during an alleged FaceTime between the two. As for Quavo and Saweetie? They were completely unbothered by the claims and didn’t even address them.

Their First Grammys Together

The couple started 2020 fresh with a fun red carpet event. The two attended their very first Grammy Awards together on January 26, 2020, and they looked super loved up on the red carpet. They even shared a smooch as cameras flashed, and Saweetie gushed about her love while speaking to Billboard. “I’m a go getter, he a go getter, so… we inspire one another,” she told the outlet.

As the COVID-19 put the world into lockdown, Quavo and Saweetie proved that they’re love was not going to breakdown. In fact, Quavo simply gushed about Saweetie during an interview in May 2020. “I think she’s bringing something very special to the game,” Quavo told Page Six. “She speaks for the pretty college girls that are taking the regular route. You don’t have to be a stripper, you don’t have to be a bartender, you don’t have to take the Instagram model route,” he said. Quavo even said that he was “excited” for Saweetie’s upcoming work. “She’s ready, she’s grown as an artist.”

Saweetie echoed so much of that same love for her partner when she spoke to Us Weekly in June 2020. “Fortunately for us, we’re both workaholics, so because he’s focused on the third Migos album and I’m focused on my next project, it’s kind of like business as usual and we kind of just brought our work home,” she told the outlet of the couple’s work ethic. The two clearly pushed each other in their professional endeavors. Sadly, though, their love was not built to last.

By March 2021, Saweetie confirmed that the couple was no longer together. “I’m single,” Sweetie wrote in a March 19, 2021, tweet. “I’ve endured too much betrayal and hurt behind the scenes for a false narrative to be circulating that degrades my character. Presents don’t band aid scars and the love isn’t real when the intimacy is given to other women.”

I emotionally checked out a long time ago and have walked away with a deep sense of peace and freedom. Excited for this new chapter of elevation,” she continued. Quavo, however, tried to dispel any “false narratives” that Saweetie’s tweets may have formed for Twitter users and fans. But there was far more to the former couple’s volatile split.

Less than two weeks after Saweetie announced the couple’s breakup, a video of the two surfaced on TMZ, showing the former couple physically fighting in an elevator. Saweetie addressed the video roughly 24 hours after the footage surfaced. “This unfortunate incident happened a year ago, while we have reconciled since then and moved past this particular disagreement, there were simply too many other hurdles to overcome in our relationship and we have both since moved on.”

Quavo has denied any allegations of physical abuse toward Saweetie. “We had an unfortunate situation almost a year ago that we both learned and moved on from. I haven’t physically abused Saweetie and have real gratitude for what we did share overall,” the rapper said in a statement to HollywoodLife.

Capitol Police Give Briefing on Attack at Capitol: One Officer, Suspect Killed in Incident

Lego Star Wars: The Skywalker Saga Pushed Out Of Spring 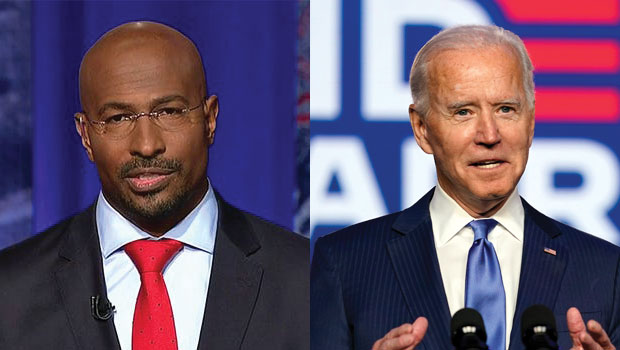 CNN’s Van Jones In Tears As Joe Biden Is Named President: ‘The Truth Does Matter’ 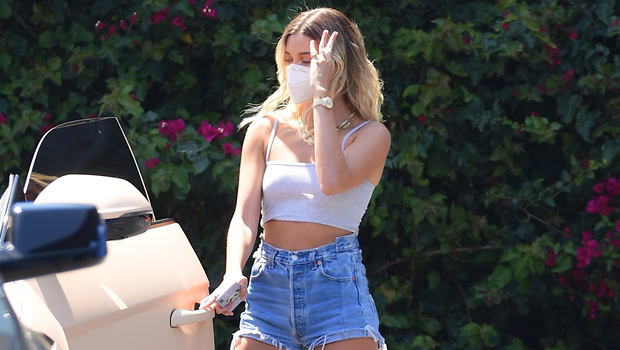