Phoebe Bridgers is set to appear as the musical guest on ‘Saturday Night Live’s Feb. 6 episode. Here are five things you should know about her.

Phoebe Bridgers, 26, will step into the Saturday Night Live spotlight on Feb. 6 when she appears on the show as a musical guest. The singer-songwriter will perform during the live broadcast while Schitt’s Creek co-creator and star Daniel Levy, 37, hosts and it will be a big moment for the talented star. As a solo artist and member of the musical groups boygenius and Better Oblivion Community Center, Phoebe has made her way in the music industry and things only seem to keep going up for her.

Here are five things you should know about Phoebe, her career, and her life.

Stranger in the Alps was released on Sept. 22, 2017 after Phoebe signed to Dead Oceans, an independent record label. It received many positive reviews and was followed up with her sophomore album, Punisher in 2020. In 2018, she joined  Julien Baker and Lucy Dacus to form the musical group, boygenius, and an EP by the group was released in Oct. 2018. Around the same time, she teamed up with Conor Oberst of Bright Eyes to form the musical group, Better Oblivion Community Center, and they released a debut album in Jan. 2019.

What Happened With Phoebe Bridgers And Ryan Adams?

Phoebe and Ryan Adams first met through mutual collaborator Harrison Whitford and he went on to produce her major label debut 7″, Killer, on his record label, PAX AM in 2014. During their time working together, they started a romantic relationship, but in 2019, she, along with other women he was involved with, such as Mandy Moore, who he was married to from 2009 until 2016 (they announced a separation in 2015), accused him of abuse. Phoebe claimed their “whirlwind” relationship ended after only a few weeks when he allegedly became “emotionally abusive.”

Phoebe also claimed that Ryan stopped helping her professionally after she broke up with him and said that he exposed himself one day in 2017 when she was opening up for him on tour. “The first day, he asked me to bring him something in his hotel room. I came upstairs and he was completely nude,” she said, in a New York Times report . Ryan’s lawyer denied this and described their romance as “a brief, consensual fling.”

How Did Phoebe Bridgers And Conor Oberst Meet?

Phoebe first met Conor, who she later started a group with, in the summer of 2016. She was playing a secret show that was hosted by him at The Bootleg Theater in Los Angeles, CA and they clicked enough to end up collaborating together. In Mar. 2020, after the coronavirus started making its way across the U.S., the theater was in danger of being closed, and Phoebe took to Twitter to ask for donations and share a video of herself playing guitar and singing Conor’s solo song “Mamah Borthwick (a Sketch)” from 2016’s Ruminations.

“if you can, donate to save the venue where I met conor. here’s a conor song,” she wrote in the tweet along with a link to the GoFundMe page for the venue.

if you can, donate to save the venue where I met conor. here’s a conor song. https://t.co/0WZ3IDw2QP pic.twitter.com/ytQighu4Jz

Does Phoebe Bridgers Bleach Her Hair?

Phoebe “dyes her hair frequently”, according to The Ringer, and presents herself as “a goth who doesn’t make goth music” but still always wears black. “My best friend in high school had shaved eyebrows and was super, super goth and drew on her eyebrows with eyeliner every day. And I’ve always kinda wanted to be goth, but I had a lot of secondhand clothes and not a ton of money, so I had a very weird high school aesthetic,” she told the outlet in June 2020. “And then when I graduated and started making money, I was like, ‘I’m only buying black clothes from now on. Plus the occasional wedding dress.”

Phoebe Bridgers Was Nominated For 4 Grammy Awards In 2021

Phoebe was nominated in the categories of Best New Artist, Best Alternative Music Artist for her 2020 album, Punisher, and Best Rock Performance and Best Rock Song for her song “Kyoto”. The ceremony is set to take place on March 14, 2021.

Tom Brady after 40: Comparing the GOAT's ageless achievements to other great athletes 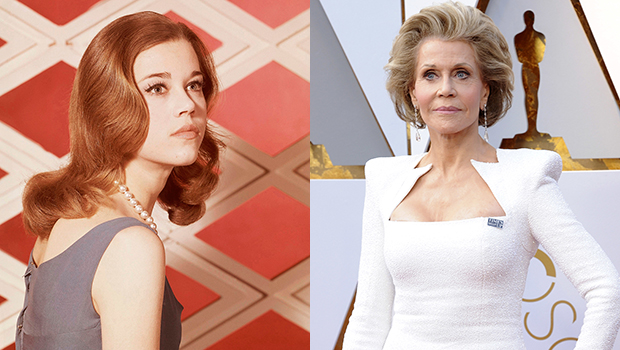 Jane Fonda Through the Years: See Photos Of Iconic Actress & Activist Then & Now On Her 83rd Birthday