The office of the Special Inspector General for Afghanistan Reconstruction (SIGAR) has published its final report on the “theft of funds from Afghanistan,” with particular attention to “allegations concerning President Ghani and former senior Afghan officials.”

SIGAR concluded reports of Ghani fleeing Kabul with hundreds of millions of dollars were exaggerated, but a good deal of U.S. taxpayer money is still missing and Ghani was not eager to talk about where it went.

Ghani fled Kabul on August 15, 2021, ostensibly because he feared for his life as Taliban forces surrounded the capital. His critics, including some U.S. officials, said his sudden departure by helicopter made the Taliban takeover much worse because the triumphant insurgents expected Ghani to manage the transition of power after President Joe Biden’s disastrous withdrawal.

Within hours of Ghani’s hasty exit from Kabul, the Russian embassy began spreading rumors that the deposed president looted the Afghan treasury on his way out, packing hundreds of millions of dollars into ground vehicles and his escape helicopter.

“Four cars were packed with money, and they tried to cram another bag of cash into the helicopter. Not all the cash managed to squeeze in, and some of the money was left lying on the airfield,” snorted an embassy employee, as quoted by Russia’s state-run Tass news service. This source also spoke to Western media, claiming eyewitnesses could verify his claims.

File/A man reads a newspaper displaying front page news about Afghanistan, at a stall in Islamabad on August 16, 2021 as the Taliban were in control of Afghanistan after President Ashraf Ghani fled the country and conceded the insurgents had won the 20-year war. (AAMIR QURESHI/AFP via Getty)

Ghani released a statement from his refuge in the United Arab Emirates (UAE) denying the rumors he fled Afghanistan with bags full of cash.

“I was forced to leave Afghanistan with one set of traditional clothes, a vest and the sandals I was wearing,” he insisted, three days after fleeing Kabul.

At roughly the same time, Afghan Ambassador to Tajikistan Mohammad Zahir Aghbar was accusing Ghani of absconding with $169 million.

In its final report last week, SIGAR criticized Ghani for refusing to answer its questions directly, instead releasing statements through his attorney. The attorneys answered only six of the 56 questions SIGAR asked about stolen funds.

SIGAR noted that a great deal of money is missing from Afghanistan, but the wilder tales of Ghani escaping with a greater volume of cash than most helicopters would be capable of lifting are dramatic exaggerations:

The allegations that former President Ghani and his senior advisors fled Afghanistan aboard helicopters with millions in cash are unlikely to be true. The hurried nature of their departure, the emphasis on passengers over cargo, the payload and performance limitations of the helicopters, and the consistent alignment in detailed accounts from witnesses on the ground and in the air all suggest that there was little more than $500,000 in cash on board the helicopters.

That being said, it remains a strong possibility that significant amounts of U.S. currency disappeared from Afghan government property in the chaos of the Taliban takeover—including millions from the presidential palace and the National Directorate of Security vault. Attempts to loot other government funds appear to have been common. Yet with Afghan government records and surveillance videos from those final days likely in Taliban hands, SIGAR is unable to determine how much money was ultimately stolen, and by whom.

U.S. inspectors were deeply skeptical of Ghani’s claims that some of the cash he was apparently hoarding in his presidential palace was earmarked for charitable endeavors:

Multiple former senior officials were told that the $5 million found on the palace grounds was the president’s personal money and was declared in his assets. In response to questions from SIGAR about this large sum of cash, Ghani’s attorney said that “President Ghani had publicly announced his commitment to using his personal cash assets to establish a foundation in his ancestral village including a Presidential Library, an Islamic Studies Center, and an agricultural center.” However, this does not seem plausible even to the president’s own former staff. One former senior official said that “$5 million is a lot of money, and no one keeps that in their house.” Although such a scenario is possible, in our view, Ghani’s response explains why he would keep these assets liquid, but not why he would keep them as cash under the proverbial mattress for nearly 6 years.

SIGAR suspected Ghani did try to leave the country with a sizable bankroll, but based on messages between senior Afghan officials, the fabled bags of cash were left behind during Ghani’s hasty evacuation. The precise amount of money involved, and if it should all have been considered Ghani’s rightful personal property, was difficult to establish.

SIGAR also noted that Ghani and other top officials fled to Uzbekistan by helicopter, then spent about $120,000 chartering a flight to the UAE. The Uzbeks searched all of the fleeing officials and their staffers thoroughly, so it was unlikely they could have smuggled large amounts of cash through Uzbekistan. Eyewitness accounts from Uzbekistan suggested the charter flight consumed a great deal of the cash carried by the fleeing officials.

The Inspector General’s report hastened to add that while Ghani might not have departed Afghanistan with eight figures of cash tucked in his luggage, a huge amount of money was stolen. Ghani appears to have been sitting on a few million dollars’ worth of currency that was probably looted by the Taliban when it occupied his presidential palace in Kabul. A vastly larger sum vanished from the coffers of the Afghan National Directorate of Security (NDS).

Former senior officials of the NDS testified that its budget was about $225 million when the Taliban took over. Some accounts said the NDS had at least $70 million in its operating reserve.

This immense sum of cash was supposedly necessary because the NDS threw a lot of money at “anti-Taliban militias” and “local power brokers and communities.” 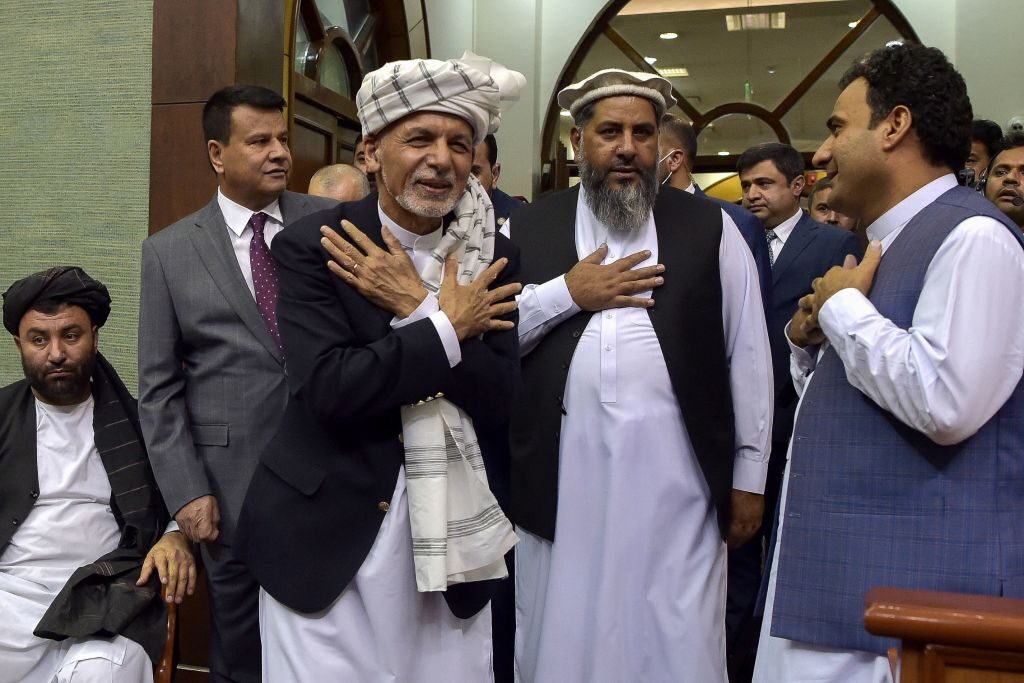 File/Afghanistan’s President Ashraf Ghani (3L) gestures as he arrives ahead of a meeting at the Afghan Parliament house in Kabul on August 2, 2021. (WAKIL KOHSAR/AFP via Getty Images)

Cash payments to these local forces “soared as the country’s provinces fell one by one” to the Taliban blitzkrieg in the summer of 2021, “reaching a crescendo in the government’s final two weeks.”

“We used a lot of money to send and buy weapons at the end. The governors told us to push the people to help them protect different areas. NDS was the last organization to support them and work with them. We carried a lot of money to different people, like tribal leaders,” one former senior official explained.

SIGAR determined that on the day before Kabul fell, the huge NDS reserve of U.S. dollars “disappeared.” When the Taliban seized control of the NDS vault on August 15, “only a small reserve of Afghanis [local currency] remained.”

The fate of those missing millions remains murky. Some Afghan officials told SIGAR the money was seized by the Taliban, but those accounts could not be confirmed. The chain of custody for the literal keys to the money vault could not be nailed down. SIGAR noted that the manager who oversaw cash disbursements from the vault was replaced two weeks before the Taliban takeover; a former senior official said such personnel turnovers were a “common method to discretely steal funds amid the chaos,” and testified he himself was pressured to loot his agency’s treasury, with promises of a $20 million payoff if he complied.

“It remains a strong possibility that significant amounts of U.S. currency disappeared from

Afghan government property in the chaos of the Taliban takeover – including millions from the presidential palace and the NDS vault. Attempts to loot other government funds appear to have been common,” SIGAR concluded.

“With Afghan government records and surveillance videos from those final days likely in Taliban hands, SIGAR is unable to determine how much money was ultimately stolen, and by whom,” the inspectors glumly conceded. 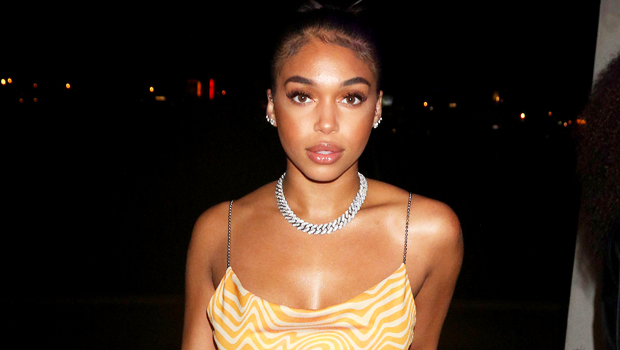 Kim K. Reveals How Long Pete Said It Takes to Become ‘Obsessed’ With Him

Surprise! Stars You Forgot Had Cameos in the ‘Star Wars’ Universe 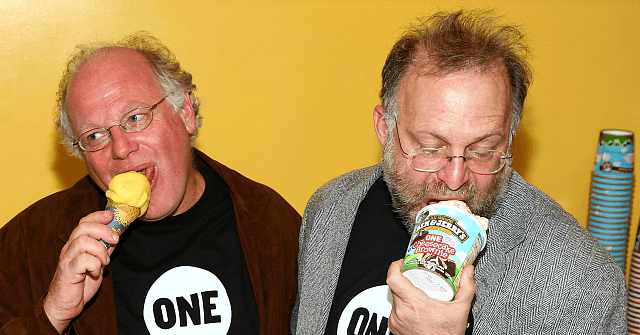