Kourtney Kardashian, 43, looked incredible when she said “I do” for the third time with Travis Barker! The Kardashians star donned a long white dress as she said her vows to the Blink 182 rocker, 46. In a photo from Travis’ 16-year-old daughter Alabama‘s Instagram account, the Poosh founder can be seen donning a stunning dramatic veil with floral applique details, as well as an embroidered Virgin Mary. Travis held her hand through the ceremony, wearing a custom black ensemble by D&G. Curiously, he was seen kneeling on a velvet chair in the image shared by Alabama.

Kourtney and Travis’ third ceremony comes after they made headlines for exchanging vows two other times. The first was at a Las Vegas, NV wedding chapel in the early morning hours. The lovebirds stopped by the chapel after appearing at the 2022 Grammy Awards, where Travis performed. They were married by an impersonator of Elvis Presley and shared loving photos shortly after, but admitted the marriage was not yet legal at that time.

Their second wedding was legal and took place on May 15 in Santa Barbara, CA. They held an intimate ceremony in a somewhat secluded area and Kourtney wore a white sleeveless mini dress with a veil and dark maroon velvet heels. Travis wore an all black suit for the occasion and they were both photographed and filmed holding hands after the memorable moment, which included only two witnesses, Travis’s father, Randy Barker, and Kourtney’s maternal grandmother, Mary Jo “MJ” Campbell. They also drove off in a black convertible that had a “JUST MARRIED” sign on the back of it and tin cans hanging out so they would drag on the ground and make noise during the drive.

Kourtney and Travis’ relationship started in 2020, years after they were close friends. Travis popped the question in Oct. 2021 to an unsuspecting Kourtney and were soon engaged. They shared romantic pics of themselves getting cozy on a beach after they made the commitment to become husband and wife and it excited both sets of fans.

In Sept. 2021, a source told us that the couple already had marriage and babies on their minds. “Marriage and babies are on their minds, and they would like nothing better than it to happen within the next two years,” the source EXCLUSIVELY told HollywoodLife. “It is a big goal for them both to have this happen. They are so ridiculously in love.”

Harry Styles: ‘There’s Bum-Bum’ But No ‘Peen’ in ‘My Policeman’ 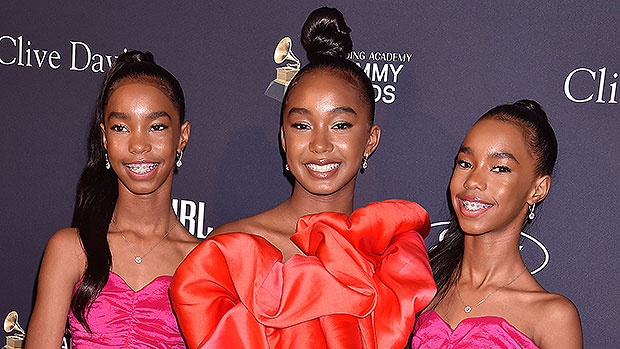 Diddy’s Twins Jessie & D’Lila, 14, Are Nearly As Tall As Dad In Video For Brother Christian’s Birthday 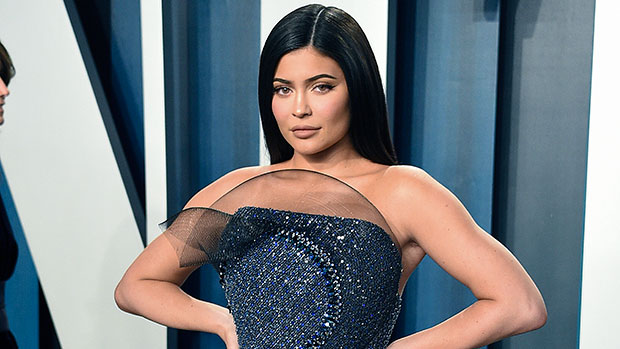 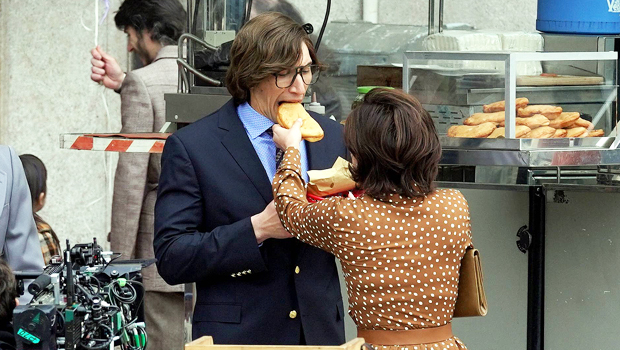