Katy Perry told Ryan Seacrest that her nine-month-old daughter Daisy Dove is ‘crawling’ and ‘has one tooth’, in a new interview that touched upon how fast she’s growing.

Katy Perry, 36, couldn’t help but gush over her daughter Daisy Dove‘s milestones during her latest appearance on On-Air with Ryan Seacrest. The singer shared the happy news that the nine-month-old, whom she shares with fiance Orlando Bloom, 44, has started to crawl and even has her very first tooth! “She’s crawling and she has one tooth,” she said on the radio show. “It’s barely poked through though.”

“Actually it’s kind of like one of my teeth,” she jokingly continued. “I have pretty good teeth on the top but if you were to actually see my bottom teeth, they’re a little interesting, but I think that’s character!”

Katy’s latest news about her daughter, who she welcomed in Aug., comes after she recently celebrated her first Mother’s Day with the bundle of joy earlier this month. She wrote about her gratitude and love for her baby girl on Twitter on the holiday. “I found everything i was ever searching for when I became a mother. So grateful for that profound, deep love and honored to join the mama club. Happiest Mother’s Day,” her tweet read.

Orlando also posted a Mother’s Day post in honor of Katy. “Got myself a real catch. 🐠 ❤️,” he wrote alongside a photoshopped pic of his wife-to-be as a mermaid. “Sending love and respect to all the amazing people who have shaped our lives, supported us and loved us unconditionally. Happy Mother’s Day.”

When Katy and Orlando are not making headlines for posts related to their daughter, they’re doing so with their relationship status. Bobby Bones recently hinted that the lovebirds may already be married even though neither of them have confirmed it. “It was so small that I did not get that invite,” he told Us Weekly in an interview that was shared on May 18. “I did not go to the wedding. And I understood why, although I was jealous.”

Katy was spotted wearing a gold ring in Mar. but it’s unclear whether or not it was a wedding band.

BLM Leader Resigns Amid Controversy, Mothers Blast Her for Profiting off Their Dead Sons

Carly Rose ‘Lets Loose’ In The New Video For ‘Change My Mind’: There Was A Lot Of Smashing & Jumping’ 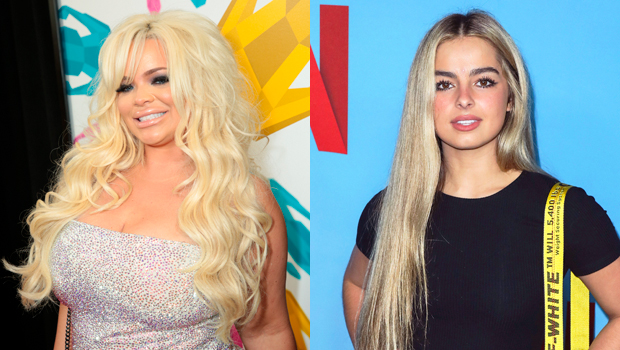