Blake Shelton has developed a reputation for himself over the past decade or so of being a bit of an impish troublemaker. Whether he’s acting like a horror movie villain to psyche out new Voice coach Camila Cabello or playfully ripping on his “rivals” Kelly Clarkson and Adam Levine, the singer often portrays himself as just a silly, fun-loving country boy (or some might even say the “new Nickelback”). Shelton does seem to know when it’s time to step up and get serious, however, and did just that recently in support of fellow country singer Toby Keith, after Keith revealed he’d been undergoing treatment for stomach cancer.

Blake Shelton has stepped in to replace the “Should’ve Been a Cowboy” singer as headliner of the Veteran’s Day concert “A Salute to Our Heroes,” Music Mayhem Magazine reports, after Toby Keith was forced to pull out of the event in order to recover and spend time with his family. He said on Instagram, without delving into concert details:

Toby Keith headlined the celebration of our military at last year’s event at the Spotlight 29 Casino’s Coachella Crossroads venue, and while he’d been slated to appear again on November 11 of this year, he canceled that performance, along with all of his other planned shows. Thankfully, not all was lost.

Blake Shelton is an appropriate choice to replace the “American Soldier” singer. He’s performed at a number of military appreciation events and benefits during his career, and has proudly spoken about his family’s military service. His father served in the honor guard in Korea following the Korean War, and his brother served in the Army. Darrell Mike, the chairman of the Twenty-Nine Palms Band of Mission Indians, said they were happy to welcome Shelton to the event:

Toby Keith is famous for devoting so much of his career to military appreciation. He’s been vocal of his support for our troops for decades, traveling overseas to perform concerts and releasing a number of songs, including “Courtesy of the Red, White and Blue,” in which he mentions that his father lost his eye while serving in the Army.

No doubt it’s disappointing for Toby Keith’s fans that he’ll miss the Veteran’s Day event this year, but nobody can argue that he needs to do what’s best for his health and his family. Earlier in August, the singer shared a number of the messages he’s received since he went public with his cancer diagnosis, and he thanked all of his fans for the support:

Hopefully Toby Keith can heal accordingly in order to continue his life’s work of entertaining fans with his country music hits and celebrating the military. Until then, Blake Shelton should be able to hold down the fort, with or without wife Gwen Stefani by his side.

Tickets are now on sale for the “A Salute to Our Heroes” (opens in new tab) concert, but Shelton’s fans will be able to catch him a lot sooner, as he will undoubtedly be making trouble on his 22nd season as a coach on The Voice on Monday, September 19 on NBC. Be sure to check out our 2022 TV Schedule to see what other premieres are coming up soon.

Creative minds repurpose plastics to keep trash out of the ocean

Why Eva Mendes Appreciates Ryan Gosling Cooking as a Dad 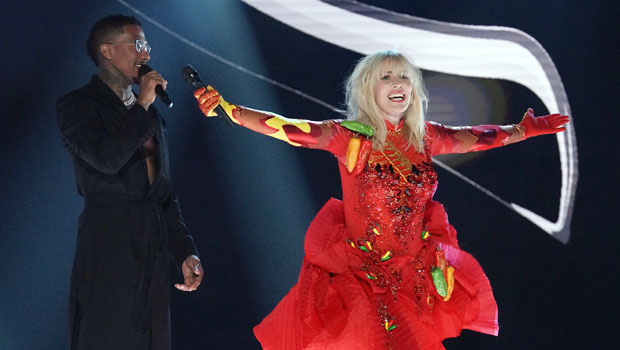 ‘Superbad’ Cast: Where Are They Now?