Gracie McGraw took to Instagram to show off a ‘really intense stare’ in a new smiling pic.

Gracie McGraw, 23, is looking amazing in her latest social media photo! The daughter of Faith Hill, 53, and Tim McGraw, 53, shared a new selfie that showed her wearing a denim blue button-down shirt and black framed glasses while standing outside in front of a house and trees. She also wore blue and green clips in her hair and rocked big silver hoop earrings.

“A really intense stare selfie for your Tuesday,” she captioned the epic photo before it received a lot of compliments. “Very pretty,” one follower responded while many more called her “beautiful.” One follower told her she had a “great look” and another pointed out her “natural beauty.”

Before Gracie wowed with her most recent pic, she made headlines for calling out a critic who reported two lingerie pics she posted of herself in a red bra and full-coverage underwear. After the photos were removed by Instagram, she shared a photo of herself flipping the camera off along with a message she wrote over it.

“F whoever just flagged my Instagram picture and got it removed for ‘asking for sex.’ Sorry you’re afraid of the human body and someone who is confident in their own skin. My post was not selling sex at all. It was selling being comfortable with yourself. EFFFFFF OFFFFF,” it read.

Gracie is known for often promoting self love and good body image so her reaction wasn’t too surprising. The singer has been very open about her struggles and strengths and has inspired many of her followers. In Oct., she proudly showed off her stretch marks and “rolls” in bikini pics and added a lengthy caption about learning to embrace her physical appearance.

“I’ve hated these parts of my body ever since I can remember…. and some of the time I still wish they looked different BUT we are constantly learning to love and evolve,” she wrote in the caption. “I remember times where I wouldn’t eat in public because I was so scared of what people would think or I would only wear baggy clothes to hide my body so I didn’t even have to look at it. I was always deemed as ‘unhealthy’ because I had a little more weight on me, which really made me question myself more and more.”

“In reality I was actually a healthy person but what was truly unhealthy about me was the way I was thinking,” she continued. “Today, yeah, sometimes those ideas of myself creep back in but now they seem like little blips just passing by. I truly cannot believe how far I’ve come on this journey of loving myself.”

“I wanted to post this as a reminder to me and to anyone who needs it that those bad feelings will pass,” she further explained. “Sometimes it’s f*cking hard but I honestly have always believed that if life isn’t hard then you aren’t really getting anything out of it. Every body is beautiful! Rolls are sexy! Hip dips rule!! Remember to laugh or smile today and think of something you enjoy about yourself. You deserve it!!”

Chris Brown’s Son Aeko, 1, Proves He Has A Sweet Voice Like His Daddy — Watch 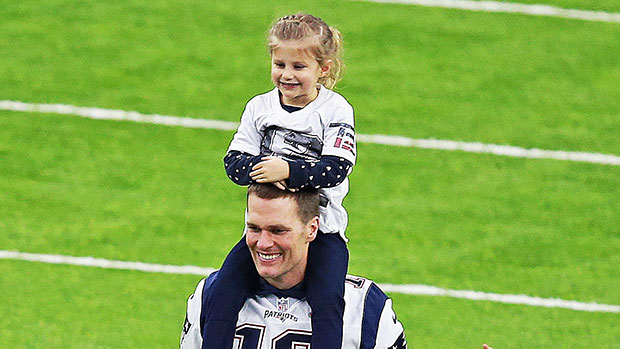 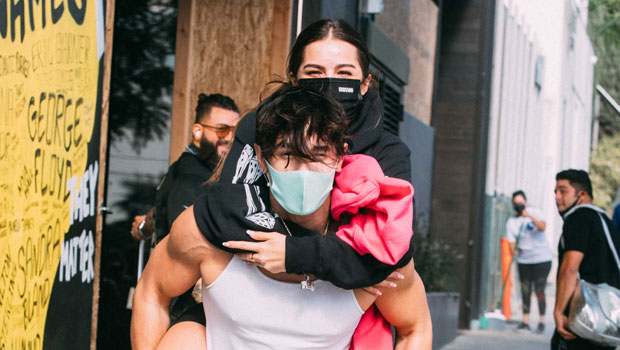 Addison Rae & Bryce Hall Reportedly Split Amid Cheating Rumors: She ‘Broke Up With’ Him

Saweetie Talks About Pretty Privilege: ‘I Won’t Act Like There Isn’t A Certain Type Of Power That Comes With People Admiring Your Face’ – The Shade Room 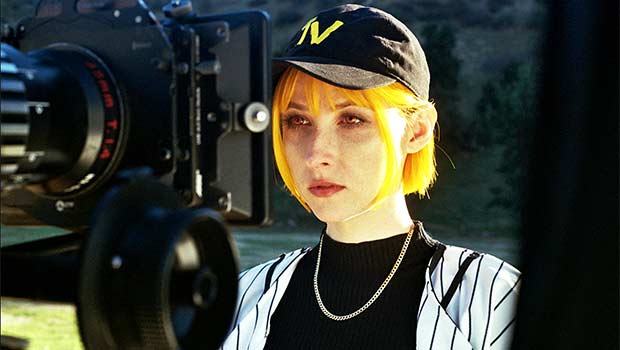