The Dickinsons are headed to the opera in the sixth – and in my opinion, the best – episode of the second season. I’m still catching my breath!

Truth bomb: I watch a lot of TV. Comes with the territory. But this episode of Dickinson was the most satisfying 30 minutes of television I’ve watched in a very long time. Watching Emily go to the opera expanded everything I love most about the Dickinson universe: the production design, the costumes, and of course, the drama. Call me a sucker for theatrics.

So, here we go — Emily is dressed to the nines, alongside her entire family, as they’re all about to experience the ‘opera craze’ for the first time on a trip to Boston. The theater – which, spoiler alert, is actually Loew’s Movie Theater in NJ – is the height of elegance, and everyone is ecstatic to hear star Adelaide May (Kelli Barrett), fresh off the boat from Italy, perform.

Well, ecstatic might be a strong word for some. Mr. & Mrs. Dickinson are miffed about their seats, Vinnie is pre-occupied with Ship, who feels completely out of place, and Austin abruptly leaves the family when he spots a friend from college. But Emily is definitely excited, even more so when she sees Sam in the lobby. Her face practically lights up.  As the family goes to take their seats, Emily uses Sue as an excuse to stay behind, but quickly turns her attentions to Sam. Seeing the look on Emily’s face – and honestly, I can’t pinpoint how she feels about it – Sue suggests that Emily sit in Sam’s private box with him, since his wife, Mary, was too ill to join him. Sam hesitates, but relents at Sue’s insistence.

As Emily and Sam take their seats, people around them start to whisper, the gossips of New England all aflutter about Sam being with this unknown girl. Emily and Sam enjoy some pleasant chit chat, Emily talking up the star and Sam excited to be interviewing her after the show with his backstage pass. Everything seems fine – until Sam tells Emily they have a problem.

You’ll remember on last week’s episode that Emily, after spending an evening wrapped in Sam’s attentions at Sue’s salon, went home and wrote a letter to Sam’s wife, Mary. Oh, and don’t forget that this was also after she fantasized about having sex with him. Well, we finally find out what was in the letter and, yeah, she went there. To use Sam’s words, Emily wrote the ‘craziest shit’ – aka, not the sort of thing a woman should be writing about a married man. In fact, her letter is the reason Mary refused to come out with Sam to the opera. Emily is mortified that Sam is more furious than flattered and apologizes, admitting she can sometimes lose control when she writes. He forgives her, but pleads with her to understand he is faithful to Mary and the only romance she should expect is with herself and her own words. Heartbroken, she agrees; meanwhile across the theater, Sue’s revealed to be watching Emily and Sam intently through her opera glasses.

Down in the orchestra, Vinnie explains to Ship that after people see opera for the first time, they either love it or hate it. Ship is definitely the latter; so are Vinnie’s parents, who can’t make it through 10 minutes before they sneak out the back for a night out themselves. However, Austin is clearly enchanted, as is Emily, the uncomfortable conversation with Sam all but forgotten as Adelaide takes to the stage, her voice filling the theater and Emily’s soul. Without thinking, Emily grabs Sam’s hand, which freaks him out. As he jumps up to leave, Emily tries to stop him, pulling from her bag a poem she’s written just for him. He tells her to keep it and storms off — and again, Sue’s seen watching every second of this from her seat.

And then — oh, then my favorite part! Crushed, Emily looks down at the poem she’s written Sam, her beautiful words left lingering in her hand, without a reader.  Adelaide’s voice begins to drift away, the room suddenly very quiet.  When Emily finally looks up she sees, not Adelaide, but Sue on the stage, draped in her gorgeous gold gown from New York. The music swells and Sue sings; she sings Emily’s words for Sam back up at her.

Here, the exquisite talents of composers Drum & Lace, Ian Hultquist, and the remarkable Ella Hunt take center stage with an original song based on Emily Dickinson’s very real poem, ‘Split the lark.’ It’s a beautiful reminder that Ella isn’t just a wonderful actress, but also a talented singer.  It’s also a reminder that when Emily wrote just for Sue, not only did she seem happier, but she wrote for someone who truly loved her work. Her poems made her sing, they made her cry, they made her feel. It was more than just about being seen — it was about connection.

And just like that, Adelaide returns to the stage. Vinnie leaps to her feet with applause. Emily is captivated, but then, so is Austin, the eldest Dickinson wiping a tear away from his cheek. He turns to leave Sue, announcing he’s going to meet the friend he saw earlier for a drink. She’s clearly confused that he’s leaving her to get back to the hotel alone, but then Austin lays down the mic drop: “Alone – or with whoever you want,” he says back. Um, excuse me, but who exactly does she want?

Alone in Sam’s box, Emily sees the backstage pass he left behind on the table and takes it. She makes her way to Adelaide’s dressing room, under the pretense that she’s there to interview her. Emily lavishes Adelaide with praise and compliments, but to her surprise, Adelaide isn’t swayed. She’s clearly disillusioned with fame, the world’s greatest soprano finally saying out loud to Emily the dark truth about celebrity – it doesn’t last forever. Still, clearly taking a liking to Emily, the opera singer invites her to see the stage.

As the sneak on to the darkened stage, they stand there, alone, the theater completely empty – that is, until Emily’s imagination takes over. A roaring crowd appears before her, all chanting her name. Her eyes drift up and she sees Sam watching her from their box. When the mirage fades, Emily finally says it: “I want to be famous.” But Adelaide’s not buying it. She warns Emily that being famous means she’ll be exposed, and everything that’s exposed goes stale. Emily asks how Adelaide finds the courage, then, to sing for so many people. “I just pretend they’re not there,” she admits. But when Emily reminds her that she was there, Adelaide smiles, takes her hand, and says, “Then I suppose I was singing for you.”

Emily blushes and looks down at their hands, but when she looks up, it’s Sue in front of her, staring at her passionately. With just a few words, Sue sums it up perfectly: Emily isn’t really looking for fame; she’s looking for meaning, beauty, but above all, love. And with that, they kiss—boy, do they kiss! This is the one EmiSue fans have been waiting all season for! But they’re not alone. Still in their box, the phantom Sam watches on, a look of concern on his face.

So, which will it be for Emily: Fame or love? Celebrity or connection? Sam or Sue? Then again, the choice might not be hers to make at all.

Facebook is reportedly building a newsletter tool for indie writers 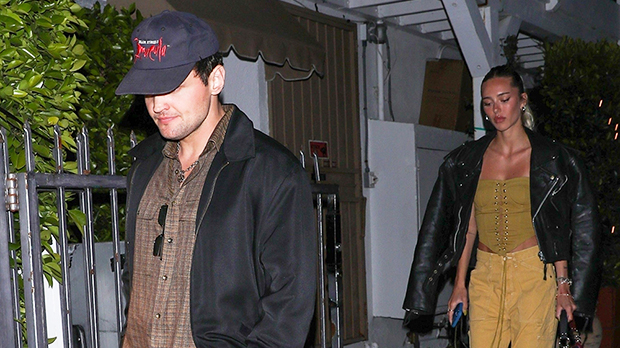 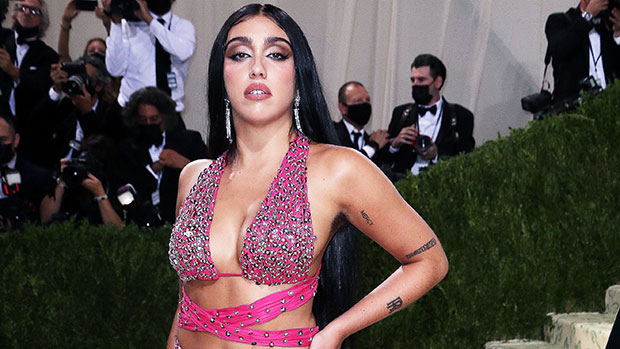 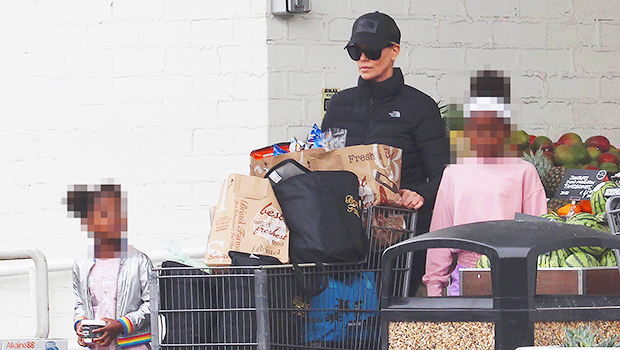 Charlize Theron Shares Rare Photo Of Daughters, 7 & 10, In Birthday Tribute For Her Mom