‘Dawson’s Creek’ premiered 23 years ago today on Jan. 20, 1998. The show made massive stars out of its cast, but it all started with this teen drama. See the cast then and now.

Dawson’s Creek premiered in January 1998 and changed teen TV forever. Fans become wholly invested in what happened to Dawson, Joey, Pacey, and Jen over the course of the show’s 6 seasons. Even after 23 years, the show remains just as loved as it was in the late ’90s and early ’00s. Dawson’s Creek is also getting new fans as the series streams on Netflix.

James Van Der Beek, 43, played the titular Dawson. He starred in all 6 seasons of the series and created one of the internet’s best gifs that featured him as Dawson crying hysterically! Following his time on Dawson’s Creek, Van Der Beek went on to appear in a number of guest roles on shows like Medium, One Tree Hill, and Ugly Betty. In 2013, he returned to TV in the show Don’t Trust The B**** In Apartment 23 with Krysten Ritter. Although the series only lasted two seasons, it gave Van Der Beek more momentum leading to his work with Ryan Murphy in the first season of FX’s acclaimed and Emmy-winning series Pose. The actor also had a successful stint on the ABC reality competition series Dancing With The Stars in 2019, where he was eliminated during the semi-finals. During that time, the actor struggled with a personal loss, when his wife nearly died during the miscarriage of the couple’s sixth child. The actor currently voices the role of Boris in the Disney series Vampirina and moved to Texas with his family in 2020.

Katie Holmes, 42, has also had quite the career since her time on Dawson’s Creek. After playing Joey Potter for all 6 seasons, the actress played Rachel Dawes opposite Christian Bale, 46, in Batman Begins. Although she did have success with a number of smaller projects, Katie’s personal life became a major fixture when she married actor Tom Cruise, 58, in 2006. The pair had a highly publicized relationship and welcomed their daughter, Suri Cruise, now 14, on April 18, 2006. By 2012, however, the couple divorced and Holmes has dedicated her time to giving Suri a normal childhood. She’s also continued to appear on screen in films like Logan Lucky, All We Had, and appeared in 11 episodes of the series Ray Donovan. Katie is currently dating chef Emilio Vitolo Jr.

One of the show’s biggest success stories has, without a doubt, been Michelle Williams, 40. Following her time playing Jen Lindley, Williams turned her sights on more independent projects. The actress earned wide acclaim for her performance as Anna in 2005’s Brokeback Mountain, for which she earned her very first Academy Award nomination. She also met her partner, Heath Ledger, on set and the two welcomed their daughter Matilda, now 15, in October 2005. Following Ledger’s death in 2008, Michelle continued to work in the independent film community. She starred opposite Ryan Gosling, 40, in the 2010 film Blue Valentine and earned her second Oscar nomination for Best Performance by an Actress in a Leading Role. She went on to earn two more Oscar nominations for her work in My Week With Marilyn, where she played Marilyn Monroe, and Manchester By The Sea, opposite Oscar-winner Casey Affleck, 45. She won an Emmy and Golden Globe in 2019 for her performance in FX’s Fosse/Verdon. In March 2020, it was reported that Michelle and her partner, Thomas Kail, 42, secretly married. She gave birth to their child in June 2020.

Joshua Jackson, 42, starred as the beloved Pacey Witter in the series. In the years since Dawson’s ended, Joshua had notable roles in TV series like Fringe, When They See Us, The Affair, and Little Fires Everywhere. His next project is the Peacock series Dr. Death. He dated Diane Kruger, 44, from 2006 to 2016. He married actress Jodie Turner-Smith, 34, in 2019. They welcomed their first child in April 2020. There is so much more to learn about where the cast of Dawson’s Creek is now!

How ancestral village of Kamala Harris is celebrating inauguration

Vanessa Hudgens, Taylor Swift & More: All The Ways Stars Are Urging Fans To Vote On Nov. 3 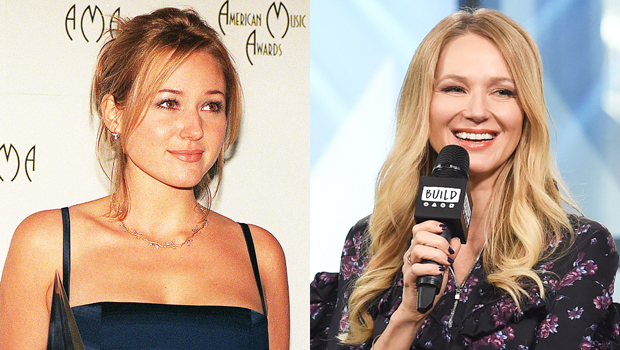 Jewel’s Transformation: See The Star Through The Years — From Young Singer To Now