Daniel Kaluuya is one of the many talented stars up for a Golden Globe. Get to know the incredible actor, who has received critical acclaim for his role in ‘Judas and the Black Messiah.’

Daniel Kaluuya, 32, is one of the most incredible actors working today, and he’s a 2021 Golden Globe nominee. The actor is nominated for Best Performance by an Actor in a Supporting Role in a Motion Picture. He scored a well-earned nod for his performance in Judas and the Black Messiah.

If you’re unfamiliar with Daniel and his work, HollywoodLife has rounded up 5 key things to know about the actor. Trust us, he’s someone you’re going to want to remember. From his breakout role to his dating life, here’s what you need to know.

1. Daniel stars in ‘Judas and the Black Messiah.’

Daniel plays Fred Hampton, the deputy chairman of the Black Panther Party who was assassinated in 1969 at the young age of 22. The actor has gotten major awards season buzz for his terrific performance. The movie was released in Feb. 2021. Judas and the Black Messiah reunited Daniel with his Get Out co-star Lakeith Stanfield.

To embody Fred, who was a great orator, Daniel revealed he received opera training. “I realized that these speakers are not speaking, they’re singing,” he told NowThis. “And so, I want it to feel like a song and I wanted to attack it like it was a song. I think that’s why the notes that I read resonate ’cause it’s a tune.”

Daniel starred as Chris Washington in the 2017 horror film Get Out, which was written and directed by Jordan Peele. Daniel’s terrific performance earned him his first Oscar nomination for Best Actor. The following year, Daniel played W’Kabi in the Marvel film Black Panther and received rave reviews for his performance in Widows.

While he has an American accent in many of his films, Daniel hails from England. He was born in London. In order to nail his Ohio accent for his role in Queen & Slim, Daniel revealed to Stephen Colbert that he “hung out” at a Costco in Ohio. He spoke with the Costco employees there as part of his accent research.

4. He is reportedly dating Amandla Crichlow.

Daniel doesn’t talk much about his personal life, but he has been spotted out a number of times with Amandla Crichlow. While they have not publicly commented on their relationship, Daniel brought Amandla to the 2018 Golden Globes, the SAG Awards, the NAACP Awards, the premiere of Black Panther, and the Academy Awards. Amandla is an actress and producer.

So Fast? Dreezy Says It’s ‘Back To The Block List’ For Her Ex Jacquees Hours After The Two Were Spotted Dancing Together (Video) – The Shade Room 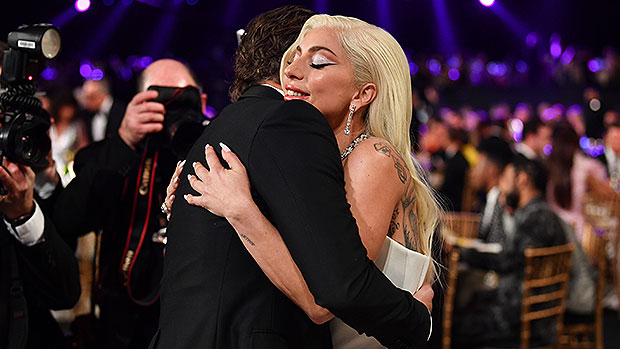 There He Is! Sharna Burgess Reveals Son’s Face for the 1st Time